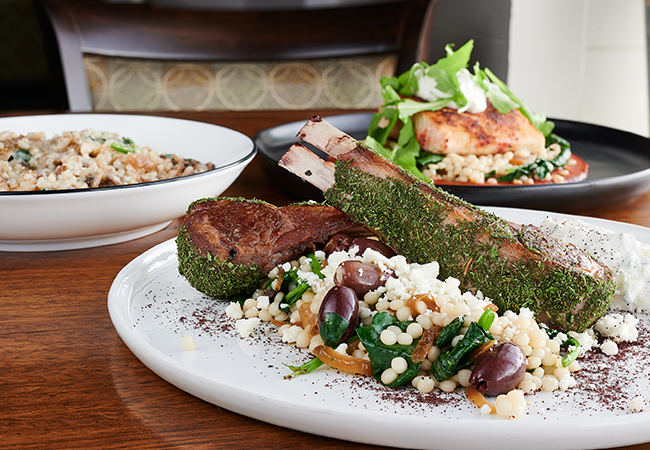 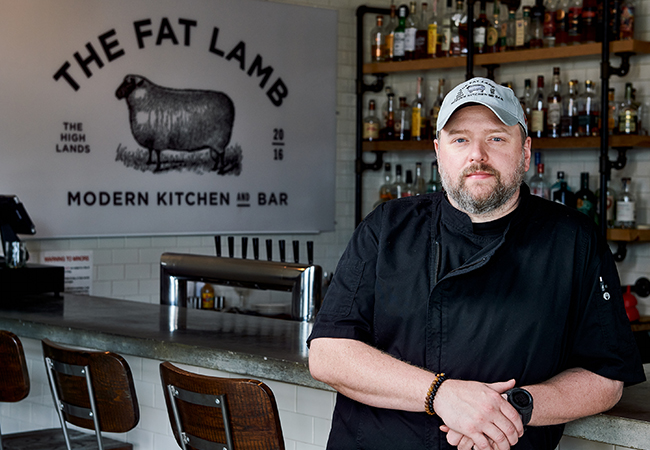 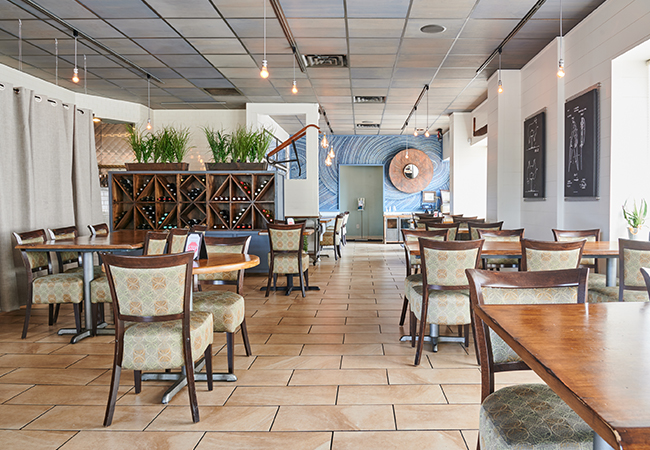 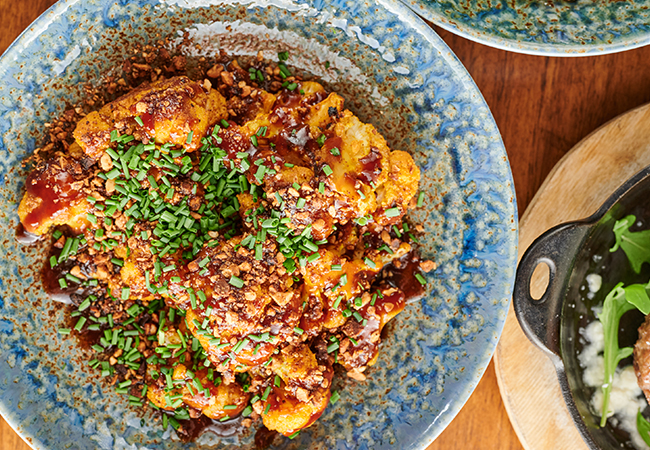 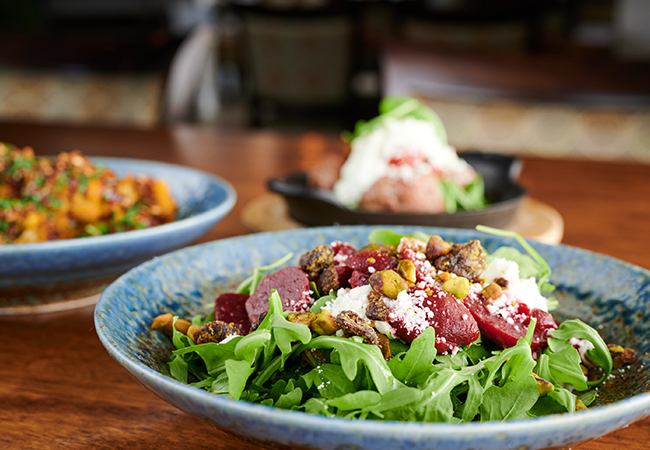 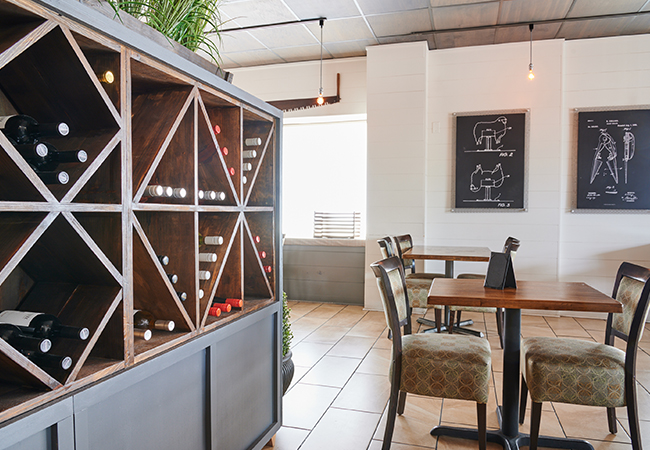 Established in The Highlands of Louisville, The Fat Lamb: Modern Kitchen and Bar quickly gained a loyal following and continued to grow with the neighborhood.

Chef/Owner Dallas McGarity is originally from rural South Carolina and graduated culinary school at Johnston & Wales University in Charleston, SC, where he worked for many years before moving to Louisville in 2004. By the time he opened The Fat Lamb with his wife Laura in November 2016, Chef McGarity had already developed a sterling reputation through his innovative yet approachable cuisine, as expressed in restaurants such as Volaré, Equus, Z‘s Fusion, and Marketplace. In 2018, the McGaritys bought and reopened Portage House on the river in Jeffersonville, Indiana. Both restaurants exemplify their standards of “exceptional cuisine and fantastic service with unique atmospheres.”

Award-winning chef Dallas McGarity is a four-time James Beard House Dinner Invitee, has participated in the most prestigious food and wine festivals across the US, and has been featured in Sophisticated Living and Food & Dining Magazines. In 2019, he became a Food Network “Chopped” Champion, winning $10,000 in a four-way, three-course, chicken-themed competition using various and unusual mystery ingredients. His winning dishes were a Chinese Five Spice egg drop soup broth-poached chicken dumpling appetizer, a fried chicken entrée with ricotta gnocchi, and chicken fried rice mousse and cream-filled chocolate eggs for dessert.

No one, but no one, fries chicken quite like Dallas McGarity does. Fried chicken usually has a place on the menu in some form or fashion. If you have never tasted his, in any of its many incarnations, give it a try. The crust is crispy but lighter than air and magically adheres to the delicious chicken skin around an always succulent, juicy bird. You’ll be spoiled for fried chicken forever.

Operations and service updates and house rules for dine-in reservations are available at fatlamblouisville.com. At press time, Kentucky Governor Steve Beshear has mandated that Kentucky restaurants operate at no more than 25% in-person dining capacity until August 11. The Fat Lamb’s dine-in hours are 5 pm - 10 pm Tuesday through Saturday, and curbside service is still available Tuesday through Saturday from 3 pm until 9 pm. Follow The Fat Lamb on social media at facebook.com/fatlamblouisville and @fatlamblouisville on Instagram.