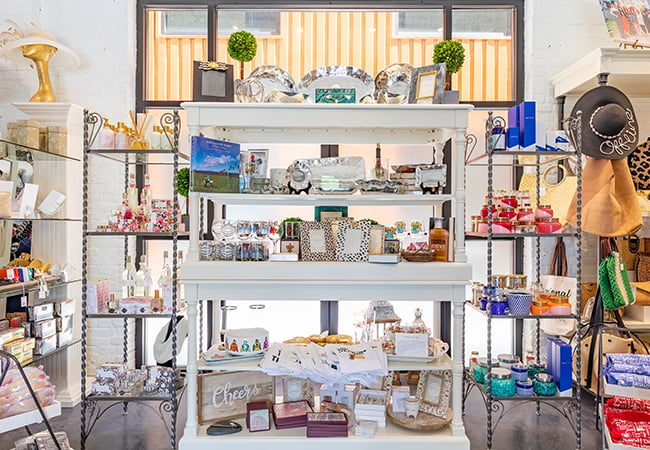 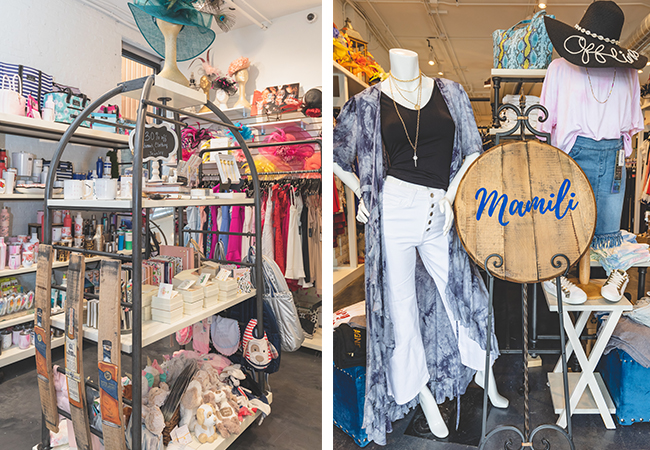 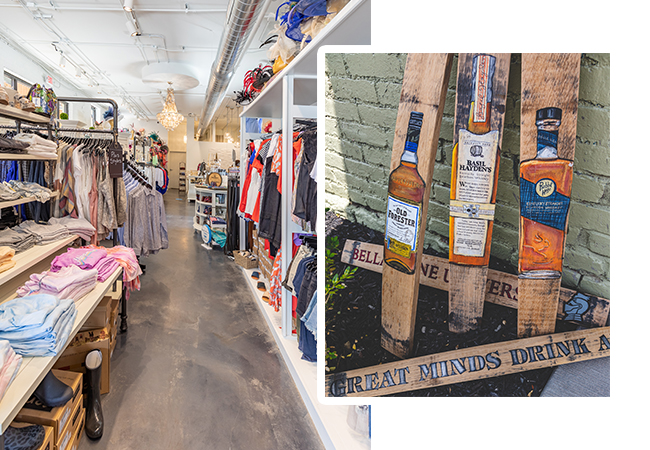 There’s a new boutique in NuLu called Mamili. “I was hoping for a one-stop shop,” says owner Melissa Huff. She has accomplished just that, with women’s clothing in a broad range of styles and sizes by brand names like Hale Bob, Sanctuary, L.T.J. and Paige jeans, along with jewelry and accesso- ries. There’s Elyssa Bass jewelry, Scout Bags, Shiraleah photo frames, Corkcicle beverage holders, cookbooks by Louisville native Michelle Mandro, and hats and fascinators crafted by Melissa herself.

Mamili also carries a selection of men’s and children’s clothing items, home acces- sories and gifts. Melissa loves being a local business supporting other locals, so she features Jewels by Jules, jewelry from Brenda Sullivan, greeting cards and canvas photos by Whispered Light, and hand-painted home accessories by Designs by Gail.

Born and raised in Louisville, Melissa is Filipino. She chose the name Mamili for her boutique (pronounced “mom-a-lee”) because it means “to shop” in Tagalog, a dialect of her Filipino heritage. “I love shopping in areas similar to NuLu when we travel,” she says, “where I can find different types of merchandise and support local businesses.”

Her own local store had its roots in the 2019 Derby season when Melissa formed a popup shop in Prospect. She called the business Mad Hatter 502. “It did well and I had so much fun, my friends said I should open a boutique,” says Melissa. She has a fashion merchandizing degree from Spencerian, an Interior Design diploma from Sullivan and prior experience in retail management and sales.

So she decided to dress people from head to toe for Derby outfits, and found a store- front on East Main Street in the NuLu Marketplace. After extensive renovations to make it bright and airy, Melissa’s Mamili boutique has a large space in the back where she makes hats and fascinators, and plenty of room in the front to sell clothing and accessories.

When she opened Mamili on March 7, Melissa had to close it to the public one week lat- er. “It has been an emotional rollercoaster,” she says. Before reopening Mamili on May 20, one thing Melissa has learned about herself is that she is doing well at adapting. “Every time there was a delay in opening, I was frustrated, but I persevered. I've learned how to stay positive no matter what was going on.”

She and her husband have four kids, three of whom (triplets!) had their senior year in high school cut short, so staying positive through tough times is a family motto.

During quarantine, Melissa got the boutique’s online store up and running. “That was the silver lining,” she says. “We are now continually adding merchandise to the site.”