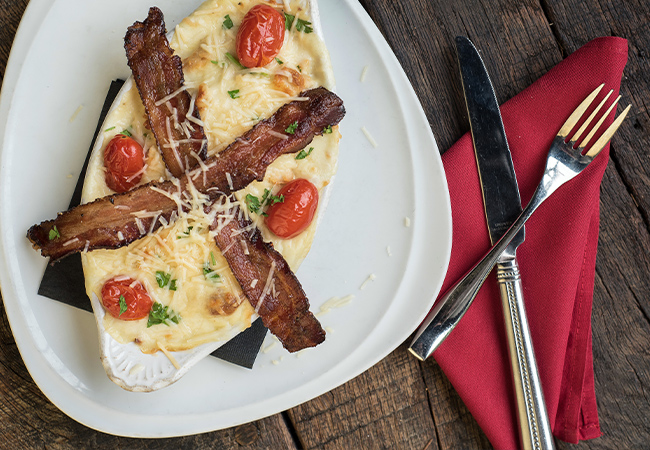 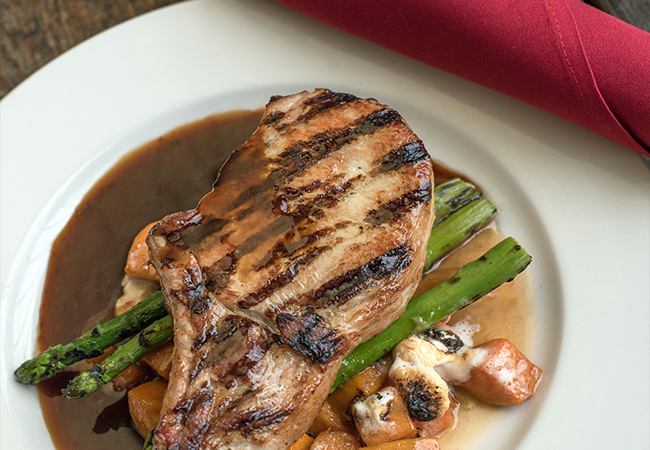 The Village Anchor celebrated its ten year anniversary in May, happily coinciding with the May 22 dine-in reopening date. Although The Village Anchor, housed in the frame of a former train station, looks and feels like it has been a part of the town for generations, the restaurant actually opened in 2010. That impression of the restaurant, as something that might have been built more than a century ago, was an intentional creation.

Kevin Grangier had been searching the East End of Louisville for a cool bar and restaurant to enjoy some cocktails with friends. When he realized such a place did not exist, the idea for The Village Anchor was born.

Marketing expert Kevin Grangier had been searching the East End of Louisville in the late evening hours for a cool bar and restaurant to enjoy some cocktails with friends. When he realized such a place did not exist, the idea for The Village Anchor was born. His attorney advised him of the rather long odds of local restaurant survival. “Run, don’t walk.” Although he had no experience in the food and beverage hospitality industries, Kevin was not intimidated, applied his brand development expertise, and set about hiring people who knew more than him. As for a location, he figured why look any further than his own backyard of Anchorage. Kevin has never regretted the decision to forge ahead. In fact, he has since opened the highly successful Louisville restaurants Le Moo and Grassa Gramma as well.

“Expect the Unexpected” is the tagline of The Village Anchor described on its website as, “A village-focused European ‘roost’ where a lively Parisian bistro greets the more traditional English Pub” and “a cozy village bistro with a southern-inspired menu served amidst artful decor.” That distinctly Southern flair according to Kevin is, “reflective of the foods I grew up with, cooked by my mother and grandmother from scratch. At first, 70% of the menu was derived from family recipes. Today, that number is 50%, still a substantial representation of the menu."

Jon Pauly is Executive Chef at the helm of the kitchen these days, which General Manager Grant McCrocklin has helped coordinate for the past seven years along with his dedication to the front of the house. There are servers that have been with The Village Anchor since Day One, despite the challenge of being led by an owner with a more brand-centric perspective. Kevin Grangier openly admits he holds no keys, knows no security combinations, and couldn’t ring on the POS to save his own life. But he knows how to deliver a unique experience and makes it his business to know the customers. “Customer support has been tremendous” throughout the shut-down. Now Kevin’s restaurants face the challenge of combining limited dine-in service with “a very successful, robust carryout business” which has been a positive outcome of the past two months. “I am thrilled that a majority of our furloughed employees are returning,” says Kevin, and right on time to enjoy the restaurant’s 10th Anniversary celebration. Photos by Jolea Brown