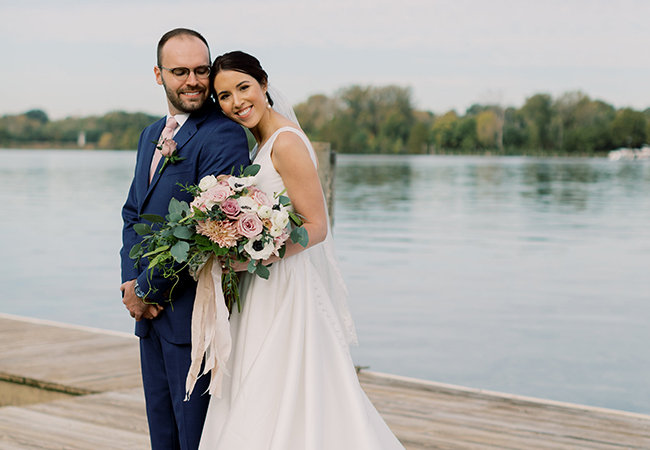 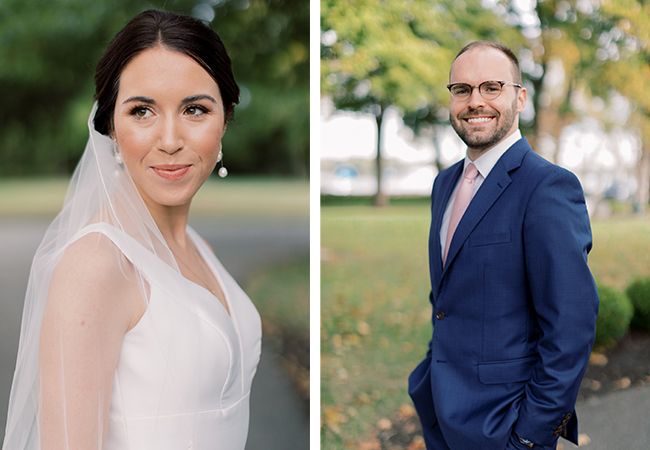 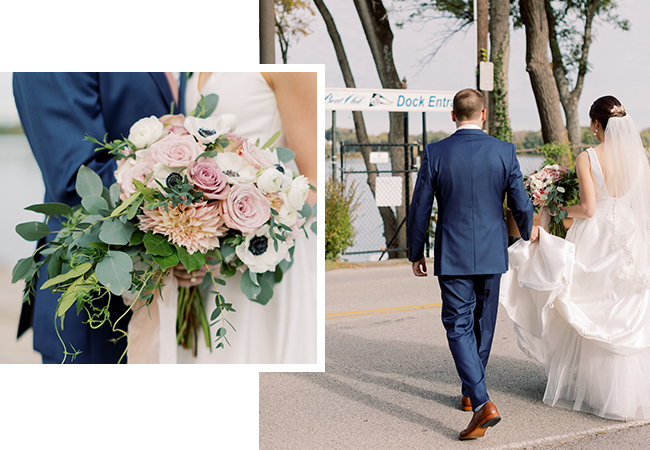 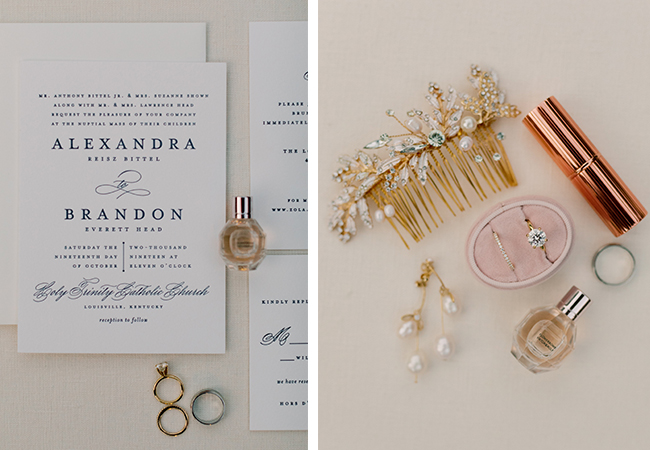 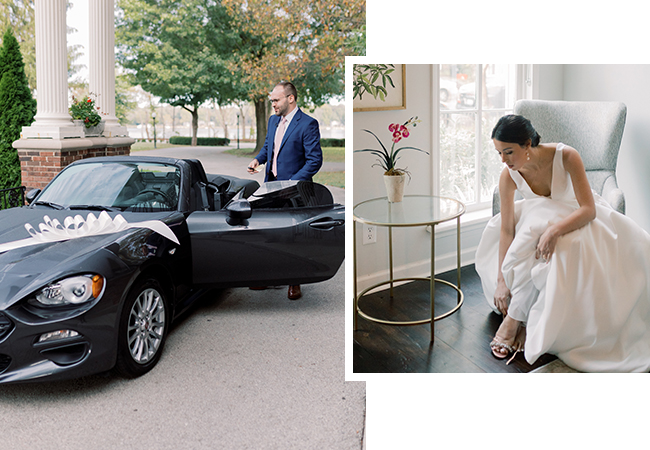 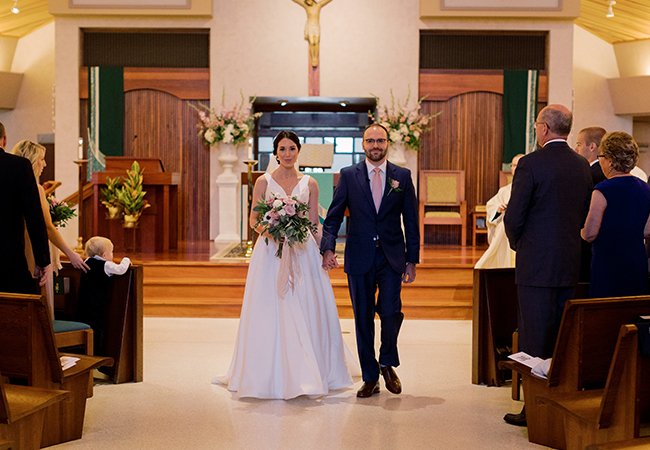 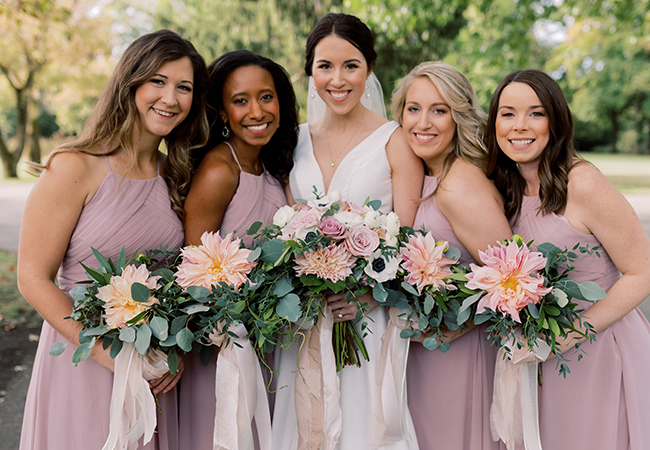 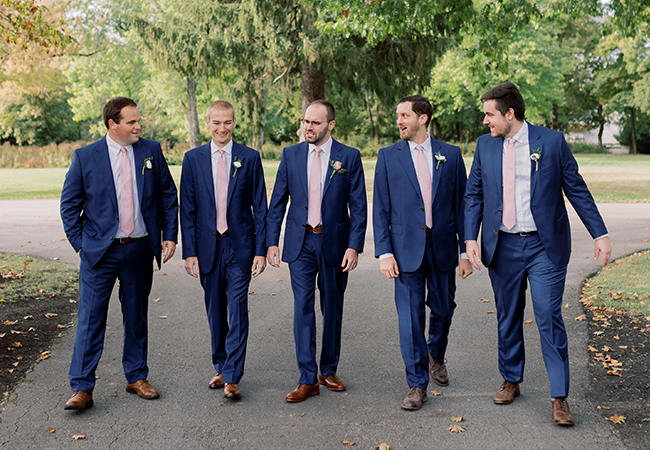 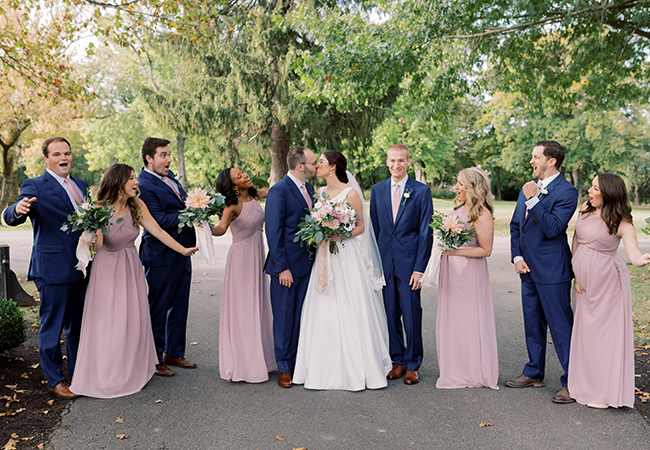 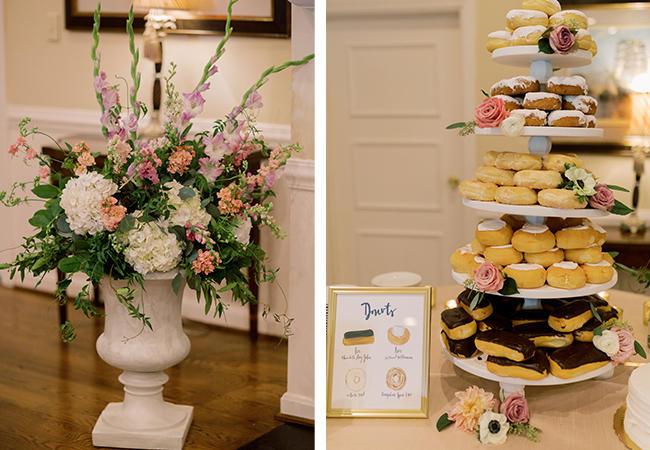 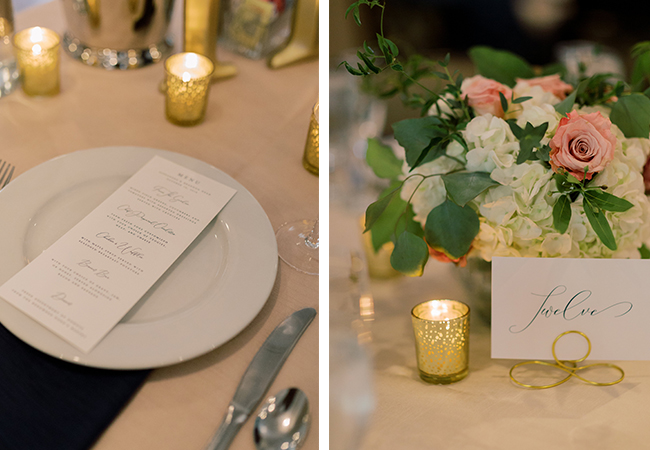 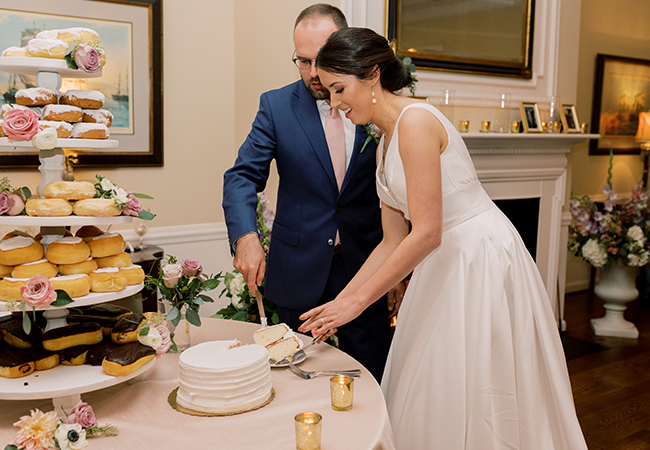 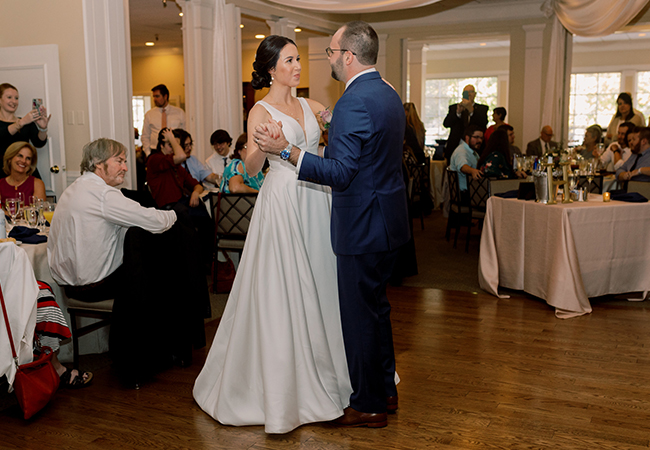 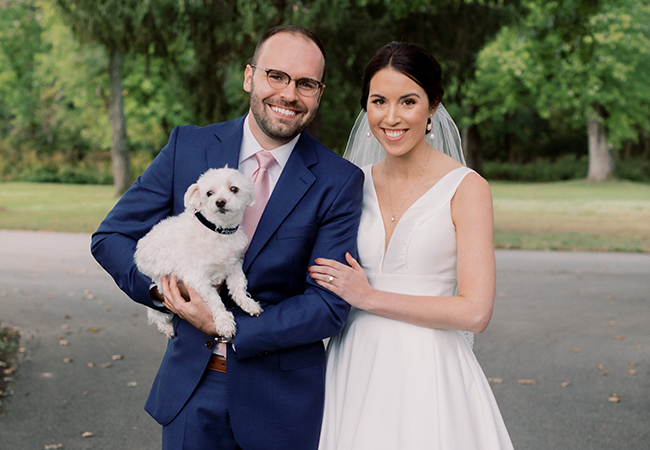 Some say being on the same page when it comes to faith is one of the most important aspects of a happy and healthy marriage. When it comes to Louisville couple Brandon and Lexi Head, faith brought them together for the first time and was a driving force of their relationship all the way to the altar.

The couple met via an online dating website for those of the Catholic faith, Catholic Match--well, technically they met a little later on Facebook because Lexi says she didn’t respond to Brandon’s message on the match site. Brandon sent Lexi a friend request on the social media platform, and when she recognized his photo, “intuition and fate told me to accept the request,” she says. At that time, Brandon, a software engineer, lived in Dayton, Ohio, so Lexi, a wealth management advisor, thought a three-hour drive would be ridiculous for a date. But, Brandon insisted, and after a month of messaging, the two met in Louisville for their first date.

The couple dated long distance between Louisville and Dayton until June 2018 while on a family vacation to Seaside, Florida, Brandon planned the surprise of a lifetime. Toward the end of the week, Lexi asked Brandon if they could take an early morning walk on the beach, and when the couple got to a pavilion that led down to the beach, it was empty. Brandon asked if Lexi would like to get a photo, and he finally caught someone to take the photo. Little did she know that he asked the gentleman to “just keep snapping photos when I get down on one knee,” she says. Also a surprise: The stranger was an amateur photographer who perfectly captured the moment.

Fast forward to October 2019, the couple who now both live in Louisville, decided to wed at Holy Trinity, their parish. “It was important to us to get married somewhere that was meaningful to our relationship,” Lexi says. They knew they wanted a day that was “unique, but also timeless,” she says. “We knew a traditional evening wedding wouldn’t be true to our personalities or the guest list, which mostly consisted of family.” So, the couple had a morning wedding ceremony at 11 a.m. with a brunch reception at the Louisville Boat Club after, which allowed Lexi’s guests from Owensboro, Kentucky, and Brandon’s guests from Dayton to travel to and from within the same day.

The brunch had traditional fare; during the cocktail hour, guests enjoyed yogurt parfaits and French toast dippers. For the meal, the couple served chicken and waffles, a chef-prepared custom omelet station, and a biscuit bar. For dessert, the reception had a selection of donuts from Nord’s Bakery, the couple’s favorite donut spot. Guests also enjoyed mimosas, Bloody Marys, and a selection of craft beer. Lexi and Brandon had custom drink stirrers and cocktail napkins made with a custom “H” that the couple incorporated in several other details in the ceremony program. The bar also included a drawing of their dog, Charlie, so that “he could be a part of our day even though he couldn’t be at the ceremony or reception,” she says.

There were many moments that Lexi looks back on as being integral parts of the couple’s big day. One of those was a surprise for her “rock” Brandon. Lexi says Brandon always told her he’d love to own a “weekend” car, so the morning of the wedding, she gave him a leather keychain embossed with “to get us where we’re going” along with their wedding date. The couple had a history of dating long distance, and when they traveled home from seeing each other, they got into the habit of telling the other “let me know when you get where you’re going,” Lexi explains. On the day of the wedding, Brandon went out to the front of the boat club, thinking he was going to see her for their first look, but instead there was a “weekend” roadster waiting for him. “His reaction was priceless,” she says.

Other memorable moments of the wedding included the “ring bearer,” who was only two-years-old holding a sippy cup down the aisle, and the groom learning a line dance in time for the reception. The couple paid tribute to their grandparents who passed away, which included Lexi’s rosary she carried down the aisle that was made by her paternal grandmother. “It was so life-giving to be surrounded by the people that will be there long after the wedding day to pray for us and encourage us throughout the journey of marriage in the years to come,” Lexi says about the couple’s beautiful day.

Bridal Gown: I Do... a Bridal Boutique (Shelbyville KY)

Invitations and Save the Dates: Minted