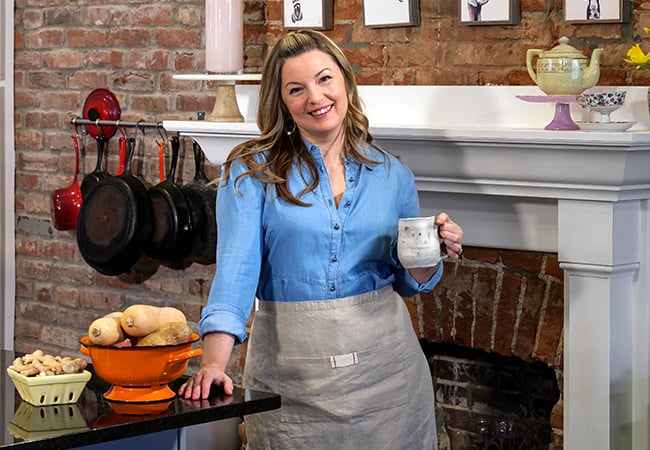 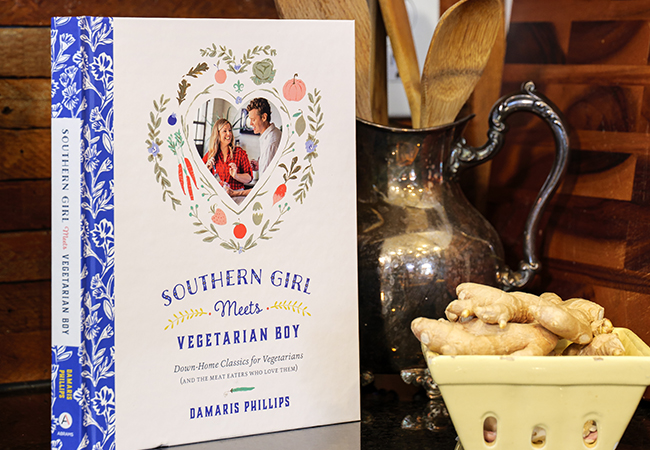 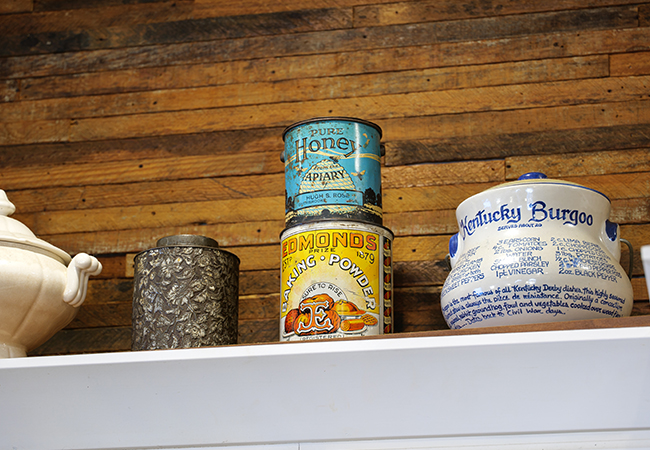 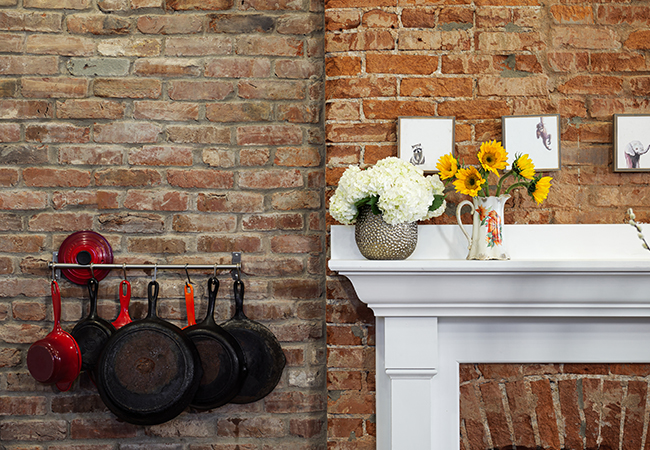 For those who have seen her on television but never met her, having a conversation with Louisville’s own Damaris Phillips is every bit as delightful, energetic, and engaging as expected, with zero pretense. We caught Damaris after a (not atypical) whirlwind of a week spent filming a judging stint on Guy’s Grocery Games, whipping up homemade valentines for her husband, making a puppet at Squallis Puppeteers’ Puppet Hero Prom fundraiser, putting together daily Instagram giveaways...and that’s just scratching the surface. Even while racking up the frequent-flyer miles and hotel points, Damaris manages to keep one foot firmly planted here at home.

Damaris grew up as the middle child with four siblings in a family that has always loved to eat and to cook for people. Her parents both worked and decided to put one child in charge of dinner each night of the week. Damaris began working in restaurants, bakeries, and cafés in high school. Following graduation, her education and work experience took several twists and turns. Her parents had always told their children that they could be whatever they wanted to be. Damaris believed them, but hadn’t settled on a direction. Eventually, she took off to Seattle with a boyfriend who was preparing to become a doctor. Often left alone in a new city with no other friends or family, Damaris spent days off combing the library for recipes and gathering ingredients at local markets. She watched Food Network as she cooked, and planned dinner parties as her social circle grew. One Christmas her boyfriend gifted her with the book The Sharper Your Knife, the Less You Cry: Love, Laughter, and Tears at the World’s Most Famous Cooking School in Paris. In two weeks she found herself back home at JCTC, donning her student chef coat with butterflies in her stomach.

Although the long-distance relationship did not survive, Damaris had carried another dream out of Seattle: to become the next Food Network Star. She had submitted a taped audition, but did not get a call until the second round of a subsequent season of the show holding open casting calls. As fate would have it, Damaris had already planned to be in New York for her 32nd birthday. She interviewed there on December 7 and got the good news on December 19, 2012. With absolute confidence in her cooking skills, Damaris had everything to learn about making television. Food Network Star contestants are sequestered for the entire six-week taping. Isolated again from family and friends, “The stakes are so much higher. It skews the importance of the competition.”

After so much time away, Damaris returned to Louisville to face months of secrecy and uncertainty. In March, she was notified that she had made Top 3, but couldn’t tell a soul until after another trip back to New York in August to film the final episode and waiting for that to air. When asked how winning Food Network Star changed her life, Damaris says, “People’s perceptions of me changed more than my life.” Fortune does not immediately follow that bit of fame; and Damaris found the industry to be quite volatile as compared to her stable culinary teaching career. But she worked hard to build her presence on the network, all the while clinging to her Louisville roots. Her Food Network Star pilot would eventually morph into the successful show Southern at Heart, which ran for five seasons. “I like showing Louisville to people.” She wanted viewers to see her living single in the city and hosting themed dinner parties. If she had that show to do over again, she “would work even harder to be more real.”

Working with Rutledge Wood on Cooking Channel’s Southern and Hungry, with Bobby Flay on The Bobby and Damaris Show, and in live interactive and on-demand cooking classes on the new Food Network Kitchen app, she has been able to demonstrate her passion for the history of food and the importance of storytelling. Damaris continues to make steady television appearances as a co-host, judge, or guest on various shows such as Beat Bobby Flay, Good Morning America, and Home & Family. She finds seeds for possible television shows everywhere: in her travels, in live radio shows like Louisville musician Ben Sollee’s Kentucky USA, and in her Bluegrass Supper Club events with business partner Chef Coby Ming and husband Darrick Wood.

Damaris and Darrick were married June 13, 2015, against a backdrop of the thousand origami cranes with which Darrick had proposed marriage.

He had made them out of love notes, receipts, and ticket stubs from their three years of dating. They first met at a vintage carnival-themed wedding. At the reception, Damaris noticed him throwing his head back with laughter and was smitten. He has certainly put a new wrinkle in her career. Darrick is a vegetarian. Damaris admits that as a celebrity chef and unabashed foodie, she was judgmental about it at first. “I was a little bit of a brat about the way he ate. But falling in love with him has made me a better chef.” In October 2017, Damaris saw her first cookbook published - Southern Girl Meets Vegetarian Boy: Down-Home Classics for Vegetarians (and the Meat-Eaters Who Love Them). She has more food writing and cookbook ideas swirling in her head, like bourbon, funeral foods, and her grandparents’ love story.

But before you go thinking Damaris is all work and no play, check out her Instagram filled with photos of every opportunity she can find to play dress-up. Damaris loves costume balls, theme parties, and masquerades. She finds that period dress and costumes allow her to support local businesses like Nitty Gritty, express herself, and break down the barriers to conversation. For as much as Damaris loves Louisville, Louisville seems to love her right back. On January 23, Greater Louisville, Inc. presented her with the coveted Thomas A. Edison Award, “created in 2001 to recognize an outstanding former Louisville resident who has successfully pursued their career while keeping the community close to their heart.” For Damaris, it was an acknowledgement that she is “showing, loving, and supporting this place that means so much to me. While I’m making television, I feel like I’m working in a little bubble.”

Louisville continues to inspire Damaris with developments such as Logan Street Market, the proliferation of locally-owned fast-casual restaurants, and Chef Space: the kitchen incubator for food entrepreneurs located in West Louisville. All of this “changes what the culinary scene looks like, with more voices and more stories.”

Back at home in her own kitchen, Damaris is still literally and figuratively cooking with gas, and (not a little) bourbon these days. Asking her to choose a favorite bourbon is like asking her to choose a favorite child. The burners are pretty full; so what else has Damaris cooked up? The five-year plan is to continue working in television while becoming more rooted in Louisville, grow a tangible business in Kentucky, write more books, perform on a season of The Masked Singer, and then she laughs only half-joking, “World domination!”