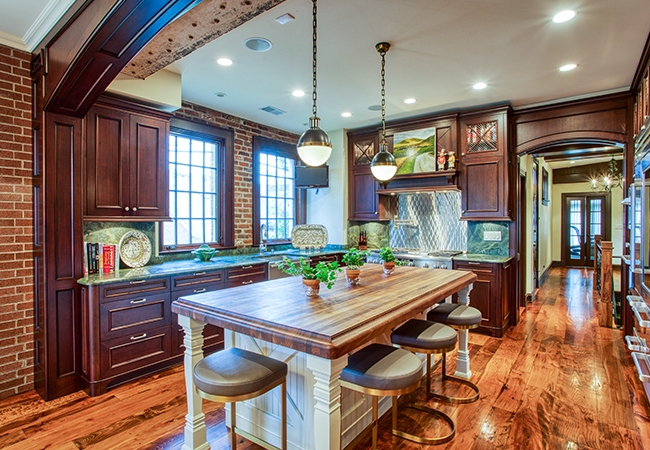 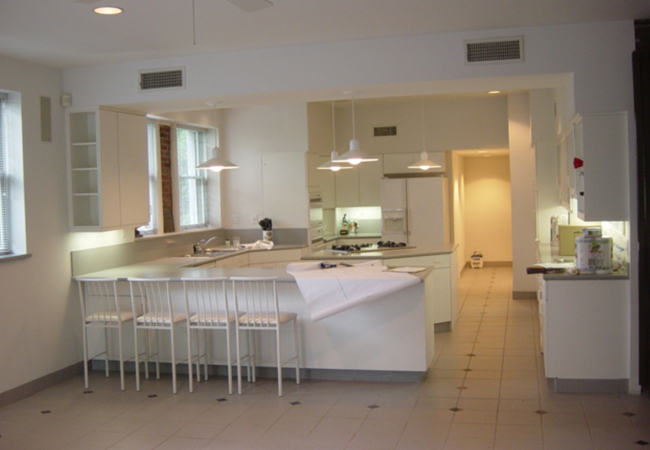 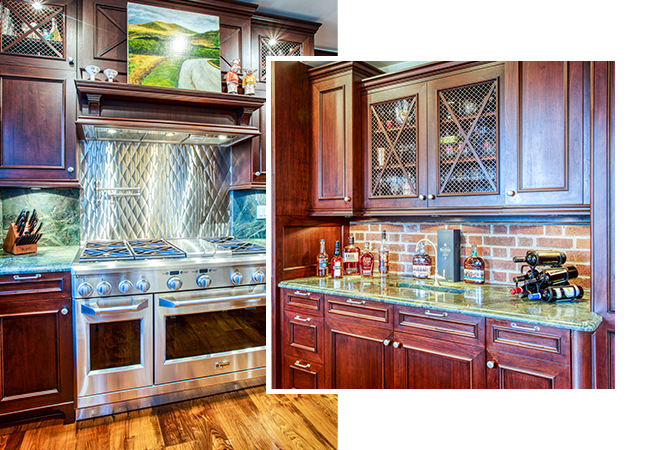 Vince Kimbel, the owner of Kimbel Construction, remembers the day he first saw a Cherokee Gardens home. The exterior was beautiful; it was an over 100-year-old carriage house design that "took your breath away". The original carriage doors that the horses and carriages used to walk through are still in the home and are one of the first things you see as you enter the home. When Vince walked through the doors, he saw the architectural elements that had potential, but the kitchen looked like a "bad 1980s renovation that did not compliment the home in any way, shape or form," he says.

So, the new owners wanted to update the kitchen to something expected for a house of that character but with modern conveniences. The previous owner had designed the kitchen to be very modern with cool, sterile white cabinets, grey countertops, and a grey tile floor. There were white appliances, white walls, and white windows that "made it look like a can of white paint had just covered everything," Vince says.

Vince and his crew went in and added warm colors and textures with rich, stained custom cabinetry, Marvin windows and doors, period style flooring in reclaimed wood from Lexington, rare stone countertops, modern stainless appliances like GE Monogram 48-inch range and farm sink, and a stunning island that is the centerpiece of the kitchen with its intricate wood details and butcher block countertop. "This home already has many interior brick walls throughout and in the kitchen. It was our job to uncover these hidden brick facades and/or add new brick to complement the new finishes in the kitchen," says Vince.

Vince and his team spent seven months completing the kitchen and entire home renovation. They worked closely with the owners, architect, and designer to "make sure that (the client's) overall vision for the project came to life," he says. "As with any project of this caliber, it's important to listen, take lots of notes, and organize and translate what needs to happen to the crews that are doing the work. It's my job to not only oversee the project, order materials, and schedule contractors, but it's very important to look after the details that make a project one of a kind!"

The clients were "absolutely thrilled" with the project. "We've worked with Vince on several major remodeling projects on our home," the clients say. "We have an old house and wanted someone who could maintain the original character while also adding modern amenities.  He always came prepared with complete bids and provided detailed plans and billing.  We also felt very comfortable with the quality and integrity of all his subcontractors. Vince kept us informed on each step of the process, and when issues arose (which is inevitable in construction), he always let us know what was going on and had a plan to get back on schedule.  He is honest, hard-working and great to work with.   Vince is more than a GC, he is a trusted friend, and we highly recommend Kimbel Construction.