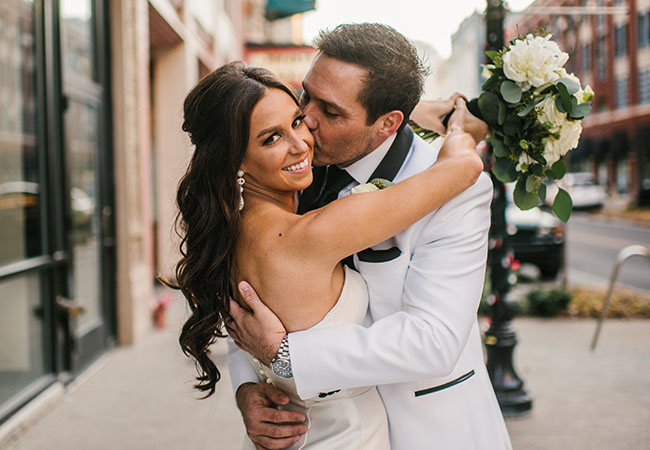 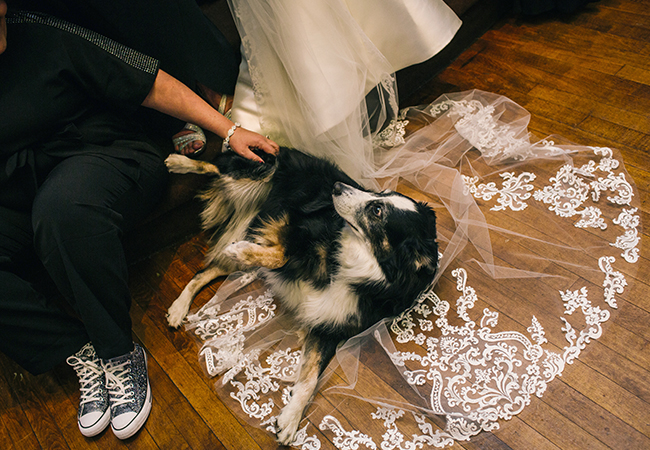 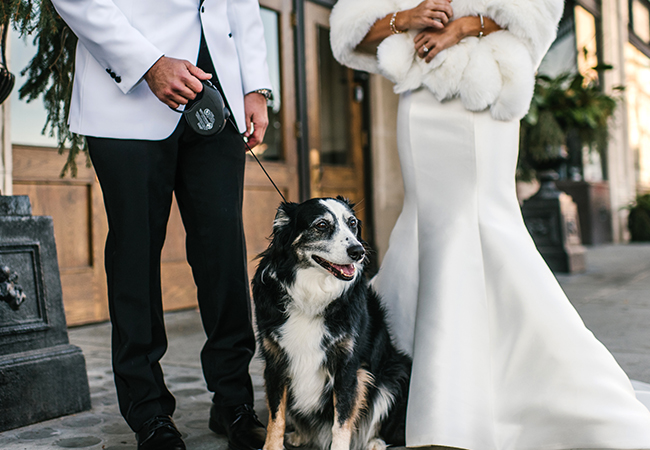 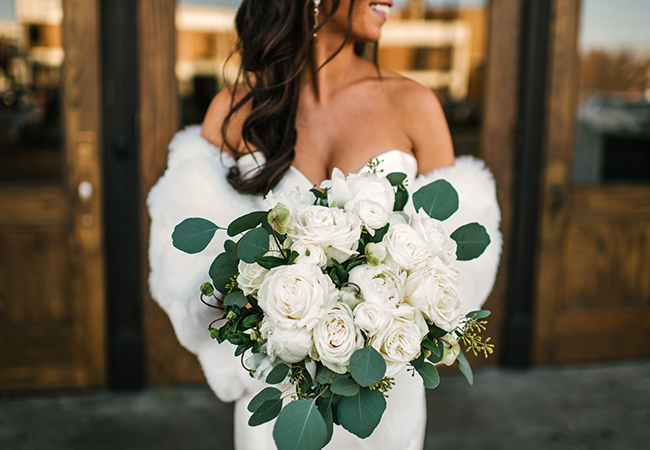 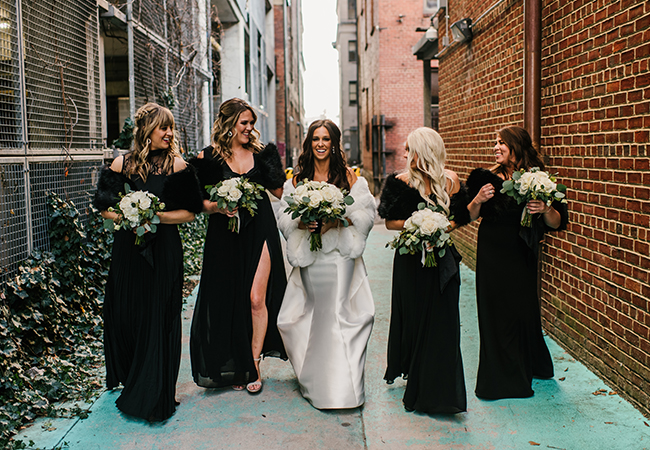 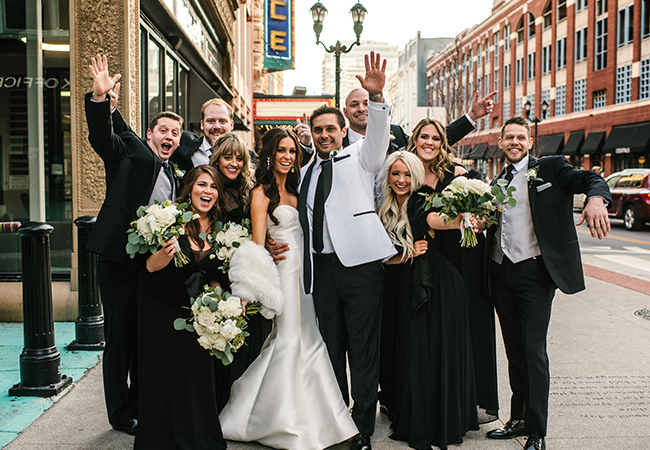 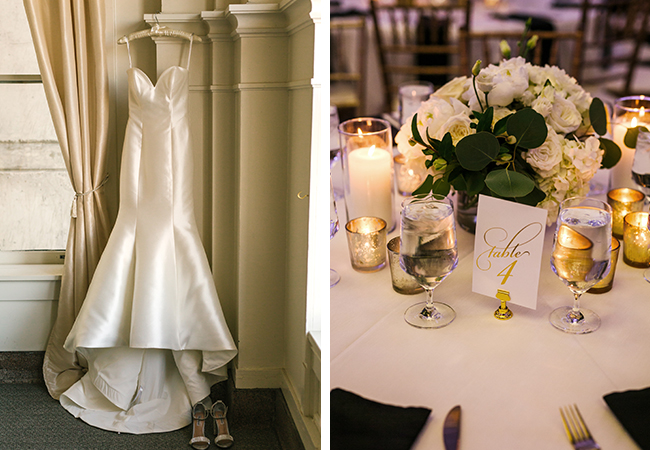 Ashley House and Travis Mialback dated for six and a half years before becoming engaged in 2018. She was impatient, she says, but their big day––December 7, 2019––was well worth the wait.

Ashley and Travis were both attendees of the University of Louisville, but she, the cheerleader, and he, the Cards fan, never met until 2012. It was an ordinary night when the two sparked up a conversation at a bar. Soon, they were dating. The couple moved in together three years in, along with Travis’ two-year-old Australian Shepherd, Natasha.

Ashley, who works for an interior designer, and commercial contractor Travis enjoy flipping houses together. In 2018, the couple’s relationship flipped when they went on vacation to Hawaii. Ashley became suspicious of Travis’ intentions of the trip when she found a small box in the safe in their hotel room. “I knew what that was, but I didn’t want to ruin anything,” she says. It wasn’t until Travis got the attention of the island restaurant that she knew that it was that special day. “He told them ‘she waited a long time for this,’” Ashley remembers.

The couple began planning their big day after the holidays in early 2019. Ashley knew exactly what she wanted aesthetically: nothing trendy; timeless and simplistic. They chose black and white with touches of gold and lots of greenery. Ashley remembered helpful advice when it came to the day of festivities: “It goes by very fast, soak it all in.” And so she did. “I tried my hardest not to be too stressed about it,” she says.

Her fellow University of Louisville cheerleading alums and her family from Virginia, as well as his from Louisville, came in for the week for the big party at the Henry Clay. The couple’s dog Natasha walked the couple down the aisle. Their big day was well worth the wait, according to Ashley. “It was really great.”