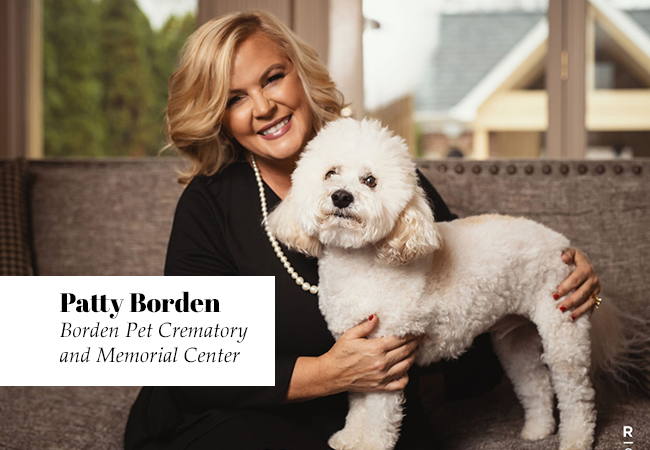 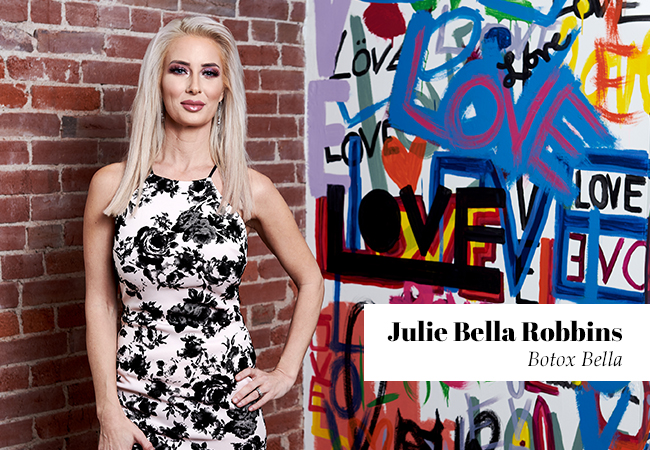 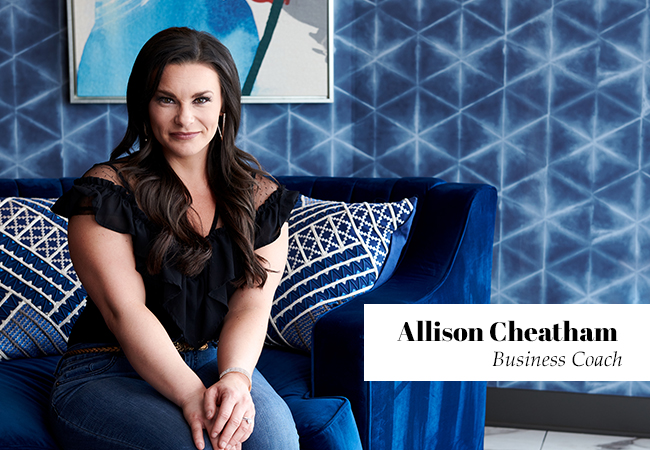 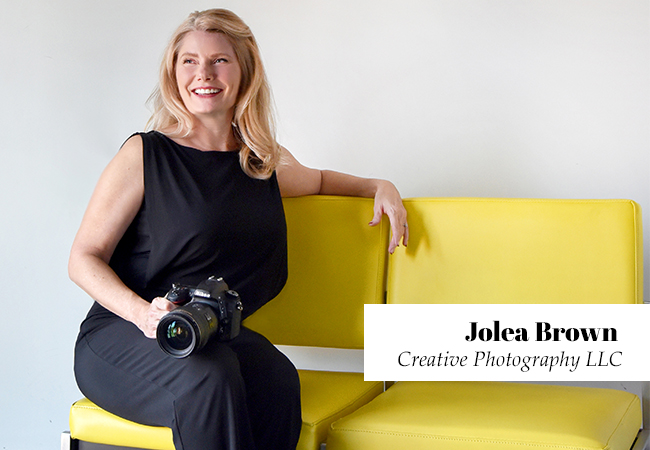 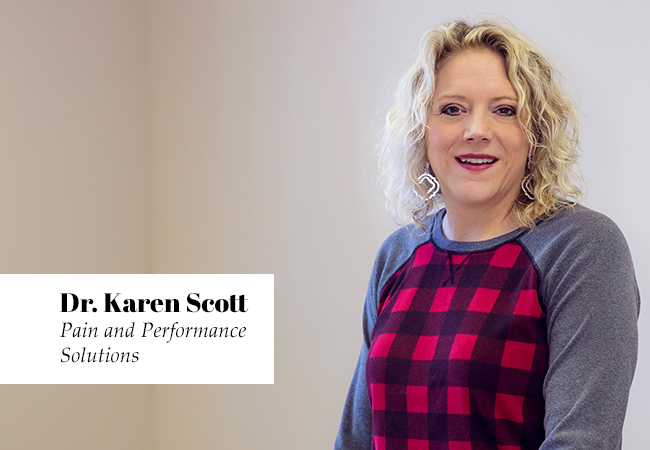 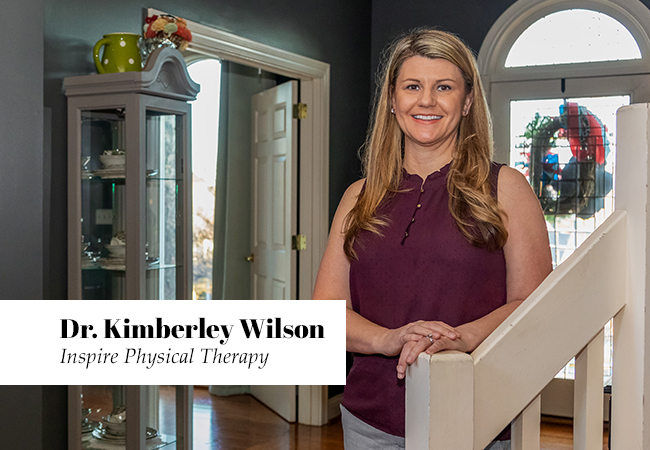 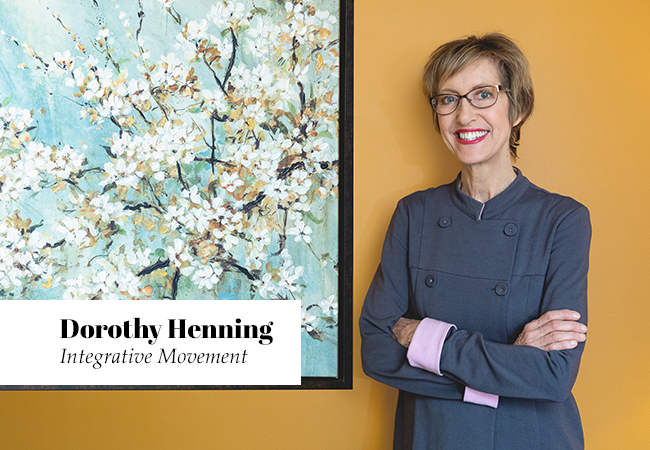 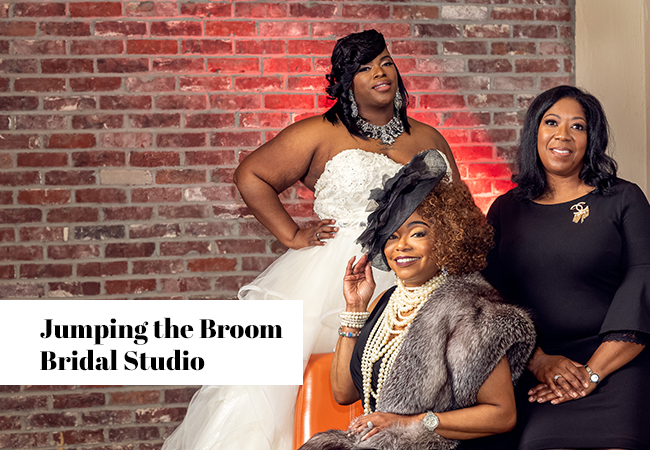 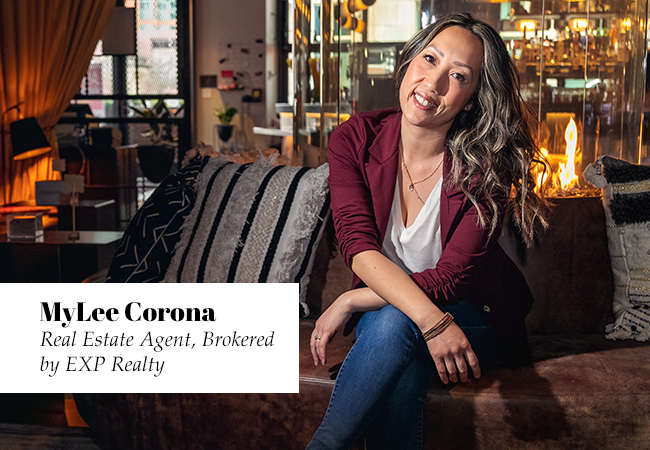 Patty Borden specializes in making the time that all of us animal lovers dread the most a bit easier to bear. “Our goal is to help pet parents find a sense of peace and comfort when they have to say their final goodbyes to their fur babies,” she says of the services offered by the family owned Borden Pet Crematory and Memorial Center. With an emphasis on grief support and a staff of understanding pet owners, Borden provides several cremation and memorial options designed to make this hard part of life a little bit easier. “We can even have pet funerals here,” Patty says.

Patty and her staff show a tremendous level of care and compassion to every pet and family with whom they meet. For more information, please visit bpcmc.com or call 502-451-1480.

It’s the beginning of something big. Julie Bella Robbins, the Botox Bella, is bringing a Skinjectibles bar & IV Lounge to Baxter Avenue. Julie’s gentle touch has been cultivated by over five years of experience in aesthetics and beauty, as well as over a decade’s experience in nursing. The elegantly tasteful establishment will offer non-invasive botox, filler, makeup, brows, liquid lipo, Kybella and vitimin infused IV hydration all with a personalized touch. “I love people,” says Julie. “This will be a place where relationships blossom and clients become friends. We’re looking forward to granting self-confidence and reinforcing positive feelings. When you look good, you feel good, and this will be a place that you will leave feeling like your best self.”

Julie has her eyes set on building an institution that will be a real touchstone for the community. Her boutique will host pop- ups, beauty parties for anyone interested in boosting their confidence. Along with Dr. Ketta Jackson DNP,FNP-C as Medical Director on staff, this will be a place that you can trust with your beauty and well being. Our 1st Valentine’s Beauty Soire’e pop-up is on Sun- day February 9th from 2p-6p including our Luscious Lip Treatment at 399$ & more, text to RSVP (502)888-7488 Space is limited.

@Botox_Bella on Baxter is located at 963 Baxter Avenue. For more info, visit skinjectablesbar.com.

“Anyone can have what they desire in life and in business, you don’t have to be stuck in a job that brings you to tears,” says Allison Cheatham, Business Coach. “You don’t have to live with a career that is mentally unhealthy for you and your family. You don’t have to have a capped income. You can follow your dreams and those dreams can become a reality. I don’t tell you how to live your life or how to run your business, but I can help you make internal changes. You can shift your perspective and choose from your truest, deepest desires.”

Combining guidance in both life and business, Allison is ready to help people grow and succeed. “I’m here to help my clients in all areas to live the best life possible. It’s the one life we get to live.” To get started, visit allisoncheathamcoaching.com.

“Many of these big events in our lives only happen once,” says Jolea Brown, a professional photographer. “There’s only one chance to capture them so the memories can live forever - vividly and beautifully. Getting the right photographer is an investment in the future and for generations to come.”

With over 20 years of professional experience that includes work published internationally and more than 1,000 special events and weddings, Jolea brings a creative eye to her work. “I’ve always loved art,” she says. “I found that photography allows me to convey my imagination to others.”

Jolea is a UofL grad with a degree in photography who served many prestigious internships to hone her already strong natural aptitude. In addition to her fantastic ability, she’s also a very patient person, laid back and secure in her strength. She knows how to make sure that her presence is calming on what can be times of high pressure for the sub- jects of her photographs. “I understand that something like a wedding can bring out a lot of anxiety,” she says with an understanding tone. “I’m there to help make the process go smoothly, relieve pressure, and emphasize the natural happiness of these special times of our lives.”

“I treat those who have tried every option and still live with pain,” says Dr.Karen Scott, a physical therapist who specializes in helping active adults and exercise enthusiasts who have tried numerous other treatments and have lost hope to get back to the workouts, sports, and daily activities they love. She is Kentucky’s only certified Neurokinetic Therapy PT and Amino Neurofre- quency expert, and her unique approach has helped many to live fuller, richer lives, free of chronic pain once and for all. This holistic, low impact approach could save you from going under the knife by reconnecting and rewiring your brain.

Karen has 20 years of experience finding performance solu- tions and is a nontraditional physical therapist. She provides one on one, high quality care with a manual therapy emphasis that gets immediate results on the first visit. For the curious, she offers free discovery consultations, in which she will take you through your history to determine the root cause of your issues, then work from there to treat them, giving you a new lease on life.

You can begin by visiting painandperformancesolutions.org, where you can find tips on easing your back pain, as well as receive a few free reports on your well being. The only thing that you have to lose is your pain.

Dr. Kimberley Wilson is a pelvic health physical therapist specializing in treating urinary incontinence, constipation, acute/chronic pelvic pain, pregnancy, and postpartum pain/condi- tions. As a concierge therapist, she provides one-on-one services without the limitations you often find in an insurance based model. Dr. Wilson brings an individualized plan of care to each of her patients. She’s a healthcare provider who educates and empowers, so that we may learn to better manage our bodies.

“Someone recently asked me what I enjoy most about what I do,” Kimberley says. “The greatest joy that I receive is witnessing a person’s transformation, and knowing that I was able to make a positive impact on someone’s quality of life.” You don’t need a referral to contact Kimberley, and she can meet you in your home, office, or gym. For more information, please visit www.inspiremobilept.com or call directly at (502) 939-8564.

Dorothy Henning is an expert in the Feldenkrais Method and a Louisville native. Felden- krais is a technique that uses mindful movement and gentle guided touch to address health and wellness. “My practice is about education, a learning process,” Dorothy explains. “I guide you to become aware of your body and yourself to help you discover moving more easily and feeling better.” By applying the concept of neuroplasticity, Feldenkrais is designed to help you develop your potential to improve ease and comfort in your movement and your life. It teaches you to listen to yourself. It calms you and your nervous system. “I enjoy working with everyone, from athletes to people recovering from injury or those with neurological issues,” says Dorothy. “When you move better, you feel better, and you think better!”

Dorothy’s office and movement studio are in Louisville. She is available for individual as well as group sessions. To learn more, please visit integrativemovement.us.

A vision comes alive this Spring with the opening of Jumping the Broom Bridal Studio. RaeShanda Lias-Lockhart is partnering with Gwendolyn Breshear and Carmelita Clay to bring a unique flavor in Kentucky's only African-American owned Wedding Boutique. "Along with many other fine items, Jumping the Broom will be the exclusive retailer for Randy Fenoli, who you might have seen on Say Yes to the Dress, as well as Francis Lewis from Project Runway," says RaeShanda.

This is a place that celebrates diversity, caters to size 0 through 30, and welcomes the LGBTQ community. The boutique is named for the clandestine practice during the days of slavery in which couples were wed in a ceremony that culminated with two partners literally jumping over a broom together, symbolically uniting them in love. This is still an essential part of many Afican American weddings today, and Jumping the Broom even offers lovely decorated brooms.

The ladies are excited to open Jumping the Broom Bridal Studio on March 28th at noon. The shop will then be open by appointment. It's located at 1300 W Muhammad Ali Ave inside the LCCC building. VIist shopjumpingthebroom.com and check out Facebook and Instagram for more information.

Bringing a truly outside perspective to the world of real estate, MyLee Corona offers new ideas and a unique sense of devoted compassion. “They become like a part of my family,” MyLee says of her clients. “Helping others succeed and thrive is so rewarding. I do all that I can to help them achieve their goals. I have been thankful to be moldable, being able to function as friend and close advisor in addition to the traditional real estate agent role, and I wouldn’t have it any other way.”

MyLee credits much of her drive to her familial background. A first generation American, her family came from Laos, a small country in Southeast Asia. They were of the Hmong people, an ethnic group that faces harsh persecution and slaughter as a result of their support of America. Her father, who worked with the CIA, brought his family here as refugees in 1980. There, he had been a village chief. Here, he had to start over from absolutely nothing. He had been one of fifteen children. MyLee was born here in America, one of nine.

MyLee has distinguished herself as an extremely assertive high achiever throughout her entire life. She was the self-described “Mother Hen” to her four younger siblings. It often fell to her to make sure that they were
fed and nurtured. She recalls walking the streets at an early age, looking for recyclable bottles and cans so that she could raise money to buy them food. Although she maintained high enough grades to skip a grade, she always worked in many ways to help support her tight-knit family. She took her first official job at the early age of fourteen. She hasn’t stopped working since.

MyLee lost her father four years ago. The pressure of the tribulations that he had faced left him haunted. He had succumbed to substance addiction and neglected his duties and role within the family. As life often tends to be, her feelings about him are complicated. “I never take lightly the sacrifices that he made,” she says. “I made the mindful and deliberate decision to take gratefulness and leave behind bitterness.”

Around the same time, she started to pursue a career in real estate. She has cultivated a reputation based on trust that only continues to build as she dramatically improves the lives of those for whom she works. As many have stated, “MyLee is my trusted friend in real estate.” Today, MyLee is the mother of four children and enjoys her life with her devoted husband. She lives by a simple edict that she instills in her kids. “If you’re not contribut- ing to society, you’re taking away from it,” she says. “Legacy is the most important thing to me. More than money, more than any kind of fame. That’s the thing that drives me in everything that I do.