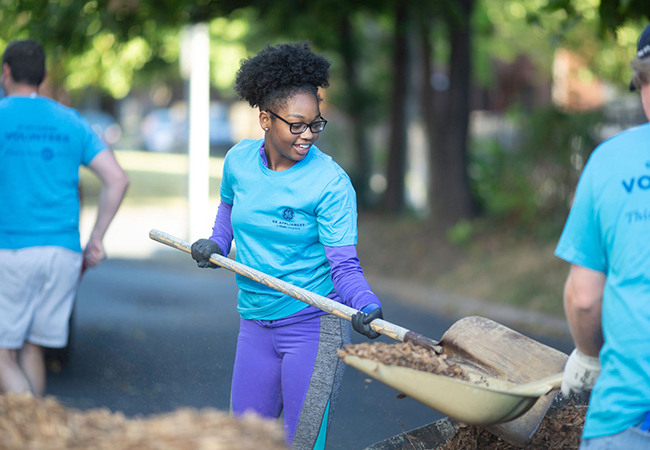 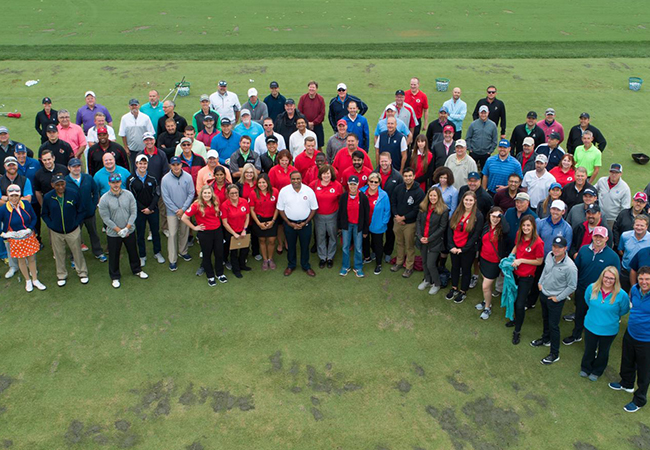 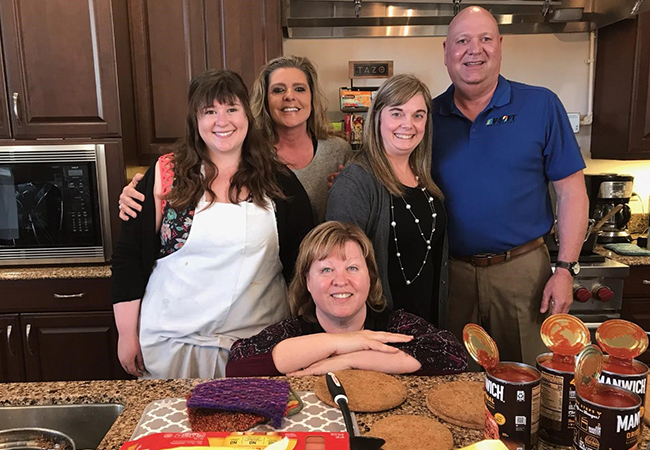 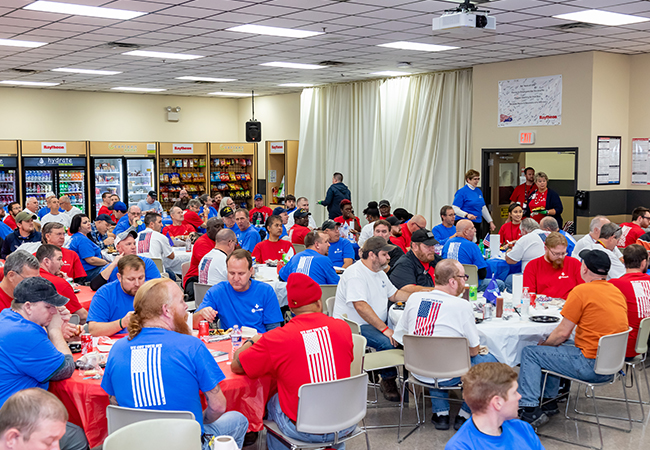 Louisville has been blessed with many major corporations and employers headquartered and invested here. Our local community and charitable organizations also benefit as these companies seek to give back to this old Kentucky home for big business. These great examples of good will exude the true spirit of the season.

GE Appliances, a Haier Company, is an appliance manufacturer headquartered at GE Appliance Park here in Louisville for the past 70 years, with operations in nine other locations in the Southeastern United States. Their corporate giving philosophy is tailored to investing in building stronger communities and working with partners to provide people with the resources they need to be successful. Subsequently, charitable partners and recipients are specially selected for each community and, according to Communications Director Allison Martin, receive a “variety of different levels of giving” in the form of donations, gifts, investments, and countless hours of employee volunteerism. Diversity and inclusion are of particular importance in the GE Appliances outreach strategy to leverage all possible resources in making the community more successful.

Efforts in the Louisville area include an initiative this fall in the Russell neighborhood, involving eleven site locations and twelve different agencies. Throughout the year, GE Appliances works with local women’s shelters and Family Scholar House. They have donated refrigerators and freezers to Dare to Care food banks to supplement non-perishables with fresh produce and proteins so important to a healthy diet and often scarce in inner-city neighborhoods. Allison adds that, “You’d be hard-pressed to find a community agency that doesn’t have some connection to GE Appliances.”

Their partnership with Jefferson County Public Schools has resulted in donations of appliances, a $500,000 Manufacturing Lab for The Academies of Louisville career and technical program providing learning opportunities and real-world experience to Doss High School students, and appliances and technology for the JCPS Backpack League summer learning initiative. These programs benefit the math, science, and technology education of students and the future of manufacturing and technological innovation here in Louisville and beyond.

V-Soft Consulting, is a full-service IT consulting company headquartered in Louisville, Kentucky with several locations throughout North America as well as two offices in India. President Purna Veer created V-Soft Cares 501(c)(3) as a means to give back to the community and support cancer patients everywhere. V-Soft Cares’ largest endeavor is the Annual Charity Golf Scramble. Now going into its seventh year, this 18-hole golf scramble held at Valhalla Golf Club is organized by a committee of internal V-Soft staff and features a different charity recipient each year, often focusing on organizations that help those in the community living with cancer. The most recent scramble, held on October 7, 2019, involved over 25 sponsors, donations from over 50 area businesses, 82 golfers, raffles, and live and silent auctions. Together they raised $41,700 for Gilda’s Club Kentuckiana. The 7th Annual Charity Golf Scramble will be held July 20, 2020 at the prestigious Valhalla Golf Club.

V-Soft Consulting has been named one of the Best Places to Work in Kentucky for three years and Best Places to Work in Louisville for five years. This is, at least in part, due to the fact that President Purna Veer encourages and supports offices nationwide to participate in community outreach opportunities and quarterly team-building events. V-Soft has supported Hope Scarves, Little Pink Houses of Hope, Brent’s Place, and various other organizations. In the most recent holiday drive, the Louisville staff is supporting the Norton Children’s Oncology Unit by collecting food, clothing, toys, and other gifts. In past community givebacks, V-Soft has provided backpacks and school supplies to Big Brothers Big Sisters of Kentuckiana.

Purna Veer is also owner of Tandoori Fusion, a local restaurant offering authentic Indian cuisine, which features a different charity every week and allows a portion of all proceeds to go to that organization. He also serves on the Board for both the Urban League of Louisville and the YMCA.

Defense contractor Raytheon Missile Systems’ Louisville plant held Veterans Day ceremonies last month to honor men and women who have served in the United States military. Nearly two hundred people were in attendance. The event was catered by Mission BBQ and Roosters, featured a reading of “A Soldier’s Poem” by Angela Goodwin and a ceremonial saber cake-cutting. Veterans in attendance received lanyards, coins, pins, and t-shirts. There were handmade quilt and wooden sign raffles along with a book giveaway of No Barriers: A Blind Man’s Journey to Kayak the Grand Canyon by Erik Weihenmayer. Such events are important for morale, says Raytheon Electronics Mechanic and Marine vet Dave Shugerman, to “recognize the sacrifice each of the veterans and their families have made.”

Raytheon Public and Community Relations Director John Patterson tells of the thousands of veterans in the company’s employee ranks whose patriotism is on display with photos and American flags on their desks. They had such a tremendous sense of pride in uniform; and outreach to fellow veterans helps fill the void now as civilians out of uniform. As Quality Manager and Executive Sponsor of RAYVETS, Xavier Pereda explains that “the transition from front line combat to corporate America is not as easy as flipping a switch.” RAYVETS is a Raytheon employee resource group that seeks to improve morale, education, assistance, and benefits to veterans. They partner with national and community organizations such as Active Heroes, Reach Across America, Wounded Warriors, and Toys for Tots.

With the products they provide, Raytheon Missile Systems ultimately seeks to provide our uniformed men and women with an unfair advantage to keep them safe on the battlefield. The employees who fought on the front lines wish to give back to those who still serve. Sometimes they put in a full week’s work and still volunteer to help veterans or students in their local community with math and science tutoring. Raytheon also provides career counseling for vets and has outfitted Boys & Girls Clubs near military installations with Centers of Innovation that feature after-school learning adventures in 3-D printing and robotics. Here in Louisville, Raytheon has partnered with University of Louisville JB Speed School of Engineering on STEM education events for middle and high school students.