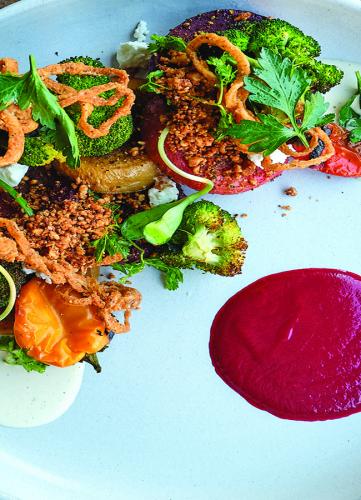 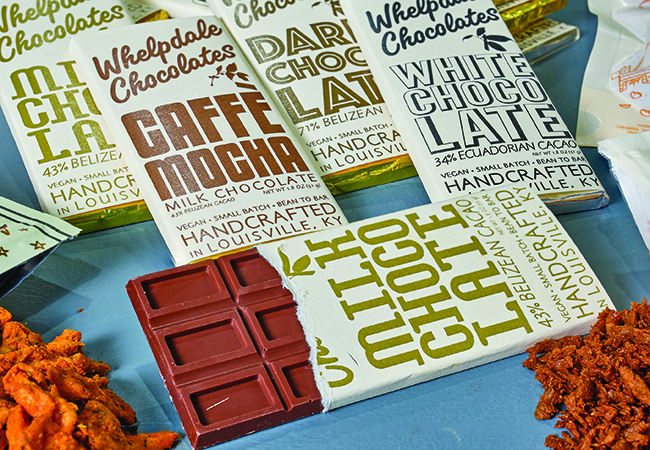 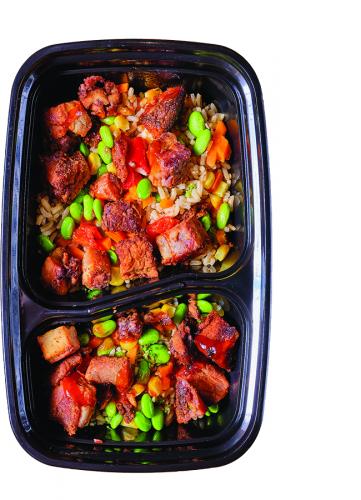 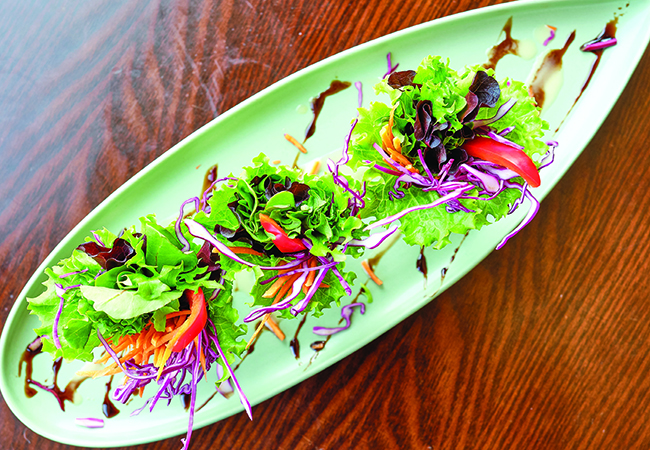 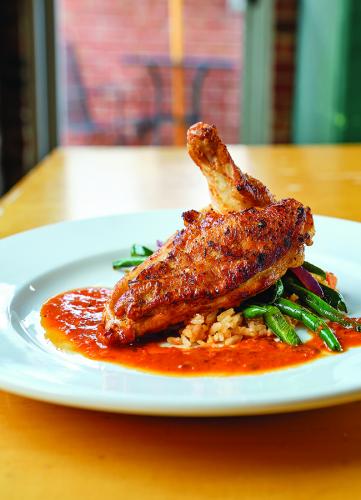 With the holidays right around the corner, the specter of seasonal weight gain is creeping up on us all. But diets are such a downer. So we went searching for inspired food choices packed with good nutrition but not at all lacking in flavor.

At Harvest Restaurant, “Farm-totable is not just a fad.” Executive Chef Jeffery Dailey and his team cook with that philosophy “because it’s the right thing to do.” In fact, the walls of the restaurant are lined with oversized photographic portraits of the local farmers from whom they source their ingredients. Both their Facebook page and Instagram profile feature a “Farmer of the Month” and the chefs’ weekly trips to area Farmers’ Markets. This past July, Harvest hosted a Farmers and Fermenters Dinner in collaboration with Foxhollow Farm and Mile Wide Beer Co.

Harvest’s cuisine is not only locally sourced, but also globally influenced. The freshest ingredients are often the most expensive. The cooking techniques can vary widely and may be challenging to execute so successfully. Chef Dailey and the Harvest staff are inspired by their relationships with farmers and producers to make their food and the dining experience accessible and enjoyable for customers. Meat and potatoes have met their match with entrées as memorable as Beet Au Poivre with Capriole Chevre, hazelnut, crispy onion, cabernet peppercorn jus, and horseradish crema.

When Morels Café closed on August 18, vegans were not the only Louisvillians to feel the loss. Many had turned even their most carnivorous friends and family members on to Morels’ whimsical (yet still familiar) riffs on fast food and pub grub favorites. The pain was short-lived though, as they realized owner Stanley Chase had so much more up his sleeve. The Café did not close for lack of business. There were just too many other avenues for all the ideas Stanley needed to explore and expand.

Morels lives on with event catering, deli items sold at Rainbow Blossom, and themed pop up events at venues such as The Merryweather. But to find all the original creations, perfect partners, and latest creations under one roof, the Louisville Vegan Foods booth at Logan Street Market is the place to be. Indulge in all the old Morels favorites, plus vegan jerky from Louisville Vegan Jerky Company, and bacon/ pepperoni/taco fiesta bits from Louisville Vegan Toppins’ - all by Stanley and team. Ashley Bender of Sugar High Vegan Cakes and Gary Whelpdale of Whelpdale Chocolates continue to bring the sweet. “The Future Is Fake.”

Want to eat healthy but intimidated by the whole meal prep movement? Prep Meals 502 does all the work and can provide the inspiration you need to try meal prep for yourself. Their macro portioned meals use quality ingredients, organic vegetables, grass-fed meats with no antibiotics or hormones, and wild-caught seafood. Prep Meals 502 carries a wide selection of flavorful meals and snack boxes in a range of diet options: kids, keto, paleo, vegan, and signature dishes available in individual portions and family-style.

More than just a delivery service, Prep Meals 502 offers dine-in and grab- and-go options as well at their current brick-and-mortar location open six days a week and will soon expand to Bardstown Road in the Highlands. Their stores also carry supplements and healthy snacks and drinks. Keeping up with diet trends and customization may be a challenge; but keeping individuals and families healthy is the reward. Be sure to request and keep an eye out for Prep Meals 502 at local gyms and festival events.

The tagline for the upscale vegetarian restaurant Roots - “mindful, compassionate cooking” - can be felt in every Asian and Vietnamese dish served, and in the care of its gentle, stalwart owner Huong “CoCo” Thien Tran. CoCo came to the United States with her family in 1975 at the age of 29 to escape Communism and, more specifically, to Louisville because her brother was here studying at the University of Louisville’s Speed School of Engineering. A fast food meal soon after her arrival inspired her to open The Egg Roll Machine, followed by Café Mimosa, Zen Garden, and other successful restaurant ventures in Asian cuisine.

At Roots, the tapas-style menu of interpreted Asian favorites and Vietnamese specialties, along with an impressive tea selection, are every bit as inspiring as CoCo’s story. She tells of how deeply she loves the environment, her adopted country, this city, and her customers. In turn, CoCo is inspired by the younger clientele who introduce their parents to vegetarian food at Roots, many of whom claim they would have turned vegetarian long ago if they knew it could be so good.

North End Café “Louisville’s Fine Diner” opened as a breakfast-lunch-only spot in Louisville’s Clifton neighborhood 16 years ago. They quickly outgrew their converted historic home and expanded into the building next door with a bar and larger dining space. Brunch and dinner services were added; and the breakfast menu stretched from dawn to after dark. North End Café buys ingredients locally and can accommodate multiple dietary preferences and restrictions. Guests can find menu offerings as healthy or indulgent as their hearts desire.

Making food choices that are smart but satisfying is made easy at North End Café with Starters like Grilled Shrimp Piri Piri marinated with garlic, jalapeno, cilantro, lime, and olive oil. There are also several dinner-sized salad options and guilt-free entrées such as Chipotle Roasted Chicken marinated with roasted garlic and lime and served with Spanish rice and green beans sautéed with onions and poblano peppers and topped with a piquin puya pepper sauce. The breakfast meals and á la carte items nourish the body and soul all day or all night long.