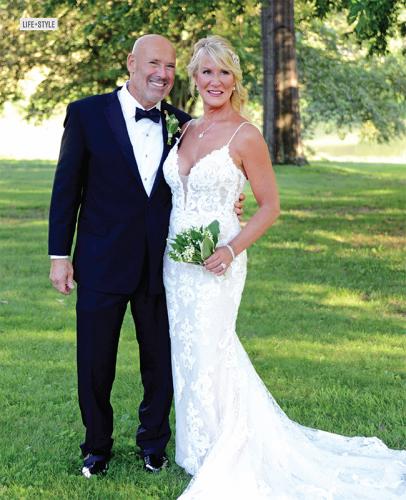 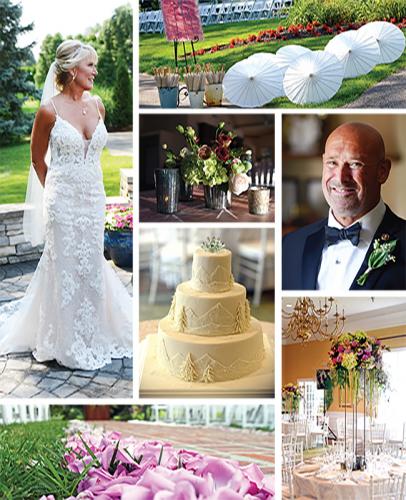 On a warm Wednesday evening at Porcini in Louisville, as spring gave way to summer, several local wedding vendors gathered to hastily but carefully plan the nuptials of Dr. Stephanie Altobellis and Thomas Dunbar to take place just ten days later on June 29, 2019. Although they had been a couple for nearly ten years and engaged for the last year and a half, Stephanie and Tom’s relationship had recently taken on a new sense of urgency. Although Tom’s last routine physical had been perfectly normal, as an internist Stephanie was alarmed about some rather vague but persistent symptoms Tom was experiencing and ordered a CT scan. Unfortunately, Stephanie’s concerns turned out to be well-founded. Tom was diagnosed with Stage 4 metastatic adenocarcinoma of the appendix, a rare form of cancer estimated to affect as few as 2 out of every 1 million people. The news seemed at first as though it might implode their full, well-ordered lives. But Stephanie and Tom immediately began making other plans.

Their love began with a bit of skepticism followed by nearly instant chemistry; and then for several years it took its sweet time, yet grew deeper every day. Stephanie and Tom were introduced by mutual friends Sarah and John Gray at John’s 50th birthday party. When Sarah pointed Tom out to Stephanie, her immediate reaction was, “I don’t do bald.” Tom, on the other they were introduced, Tom turned on the charm and won Stephanie over in a hurry. Each had been married twice before and knew that blending families was no easy task. The relationship moved merrily along for six years before Tom bought an engagement ring for Stephanie. He carried that ring around for two more years, unsure if Stephanie was ready to accept it and waiting for just the right moment to pop the question. That this couple had not met prior to Sarah Gray’s matchmaking is a minor miracle. They both grew up in Louisville’s Riverwood neighborhood and lived primarily in Indian Hills as adults. Stephanie is not the only doctor in her family. Her father and both brothers are also physicians; and Stephanie’s father had been Tom’s mother’s doctor. Stephanie had known two of Tom’s three sisters, and Tom knew Stephanie’s brothers. Finally, in February 2018 Tom took Stephanie on a birthday ski trip to Obergurgl, Austria in the Tyrolean Alps. As he began to kneel by the dinner table one night, Stephanie assumed he had hurt himself skiing. He pulled out the ring box. She said yes.