FIGHTING THE UNSPOKEN BATTLES OF CANCER 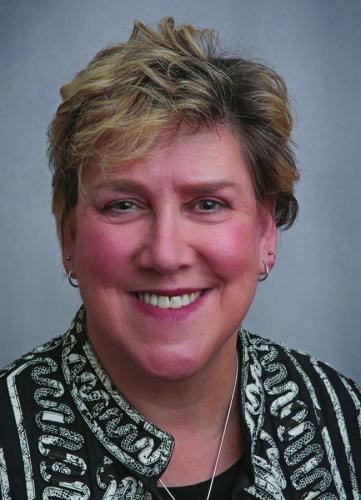 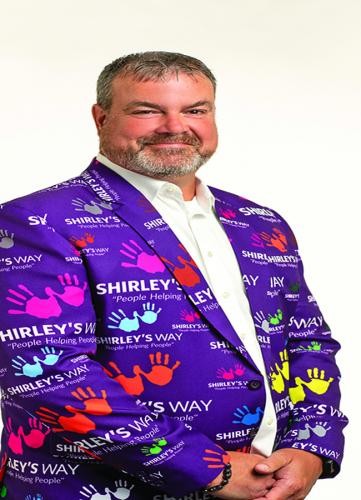 With the mottle “Living with cancer is not a choice, how HOW you live with it is," Gilda's Club exists to make life more livable for those of us whose lives have been affected by cancer. Our own local chapter has been lightening loads and opening doors of possibility for years now, and with a newly opened facility, the possibilities are endless.

Gilda Radner was one of those rare celebrities who seemed like a personal friend. An indispensable part of the legendary original cast of Saturday Night Live, her knack for creating funny characters was among the best, but what made her really special was the amount of charm she managed to exude. She was sweet, but never saccharine. Something about the way she per- formed The Way We Were solo on a piano as the awkward teen Lisa Loopner always had a way of wetting my eyes, and I imagine you feel the same way. The world was just a better place for having her in it.

We lost Gilda in 1989 after a battle with ovarian cancer. She faced it with characteristic grace, strength, and humor. It was her desire that others might learn from her experience and find comfort and solace in the face of this dreadful disease. Gilda had referred to cancer as a "membership to an elite club I'd rather not belong to." After she was gone, her widower, Gene Wilder, founded Gilda's Club along with Joanna Bull, who had been Gilda's friend and psychotherapist.

Today, Gilda's Club has clubhouses all over the country, special places where those living with cancer can find community. "The thing about cancer is that it can affect anyone," says Karen Morrison, President and CEO of Gilda's Club Kentuckiana.

Karen has held her position for over twelve years and presided over a lot of growth in that time and helped to facilitate a great deal of healing- both physically and mentally. "An absolutely critical component to getting well is psycho/social support. Cancer can impact the mental and even physical health for entire families, not just those diagnosed. Fear, stress, hopelessness are contagious, and the effects can be devastating. At Gilda's Club, you're never alone. It's a warm, welcoming community where people get it. This is where we see the person--not just the disease. We have more than 100 program offerings each month—all free. People can come here and safely share and explore their cancer experiences, form bonds, and, ultimately, help each other. Wherever someone might be on their journey, they will always find someone three months ahead who can guide them and three months behind to whom they can give guidance. We find that being needed is more powerful than having need. The people who come here to both give and receive support inspire each other and all of us every day.”

With a newly opened facility on Grinstead, and plans to open a branch site in west Louisville in 2020, Gilda's Club Kentuckiana has tripled their capacity and increased access for those who need it. The new building is nearly three times the size of the previous one and features increased spaces for meetings both small and large, a kitchen, a game room, and even a playroom complete with a treehouse.

Living a life of purpose and joy doesn't stop when a person becomes ill. In fact, it becomes more important.

For more information on how you can give, volunteer, or seek service for yourself or someone that you love, please visit gck.org.

“When my mom had cancer, family and friends came from all over to visit and pay their respects. Everyone talked about how wonderful she was. How caring and loving. They also talked about cancer, and how it had touched their lives. All of them, every single one, either knew a number of people who had faced this disease or battled it them- selves. The other thing that they also had in common was that it lead to complete financial ruin for them or the people that they knew. Sometimes people will say 'Well, you should've saved up for that rainy day,' but the bills for cancer treatment aren't a rainy day. They're a flood. Your savings can get washed away within a month, even if you have insurance. People lose everything right at the point that they are most vulnerable, as they battle this terrible disease and their health is failing, they have to watch all their money and security just burn away. After mom was gone and we put her in the hearse, I kissed her head and promised her that I would do

That's Mike Mulrooney talking about Shirley's Way, the non-profit organization that he founded in his mother's name. Driven to make a difference, the group has raised $233,000 this year and $900,000 since their founding in 2013. They provide financial relief for those suffering from cancer and similar ailments, directly paying expenses including, but not limited to medical, medications, rent and mortgage, utilities, gro- ceries, everyday living, and other expenses. They even manage to allow people some fun things for distraction by collecting do- nations of tickets to plays, games, concerts, and other events.

If you would like to donate or apply for assistance for yourself or someone you love, you can visit shirleysway.com to easily begin the process.