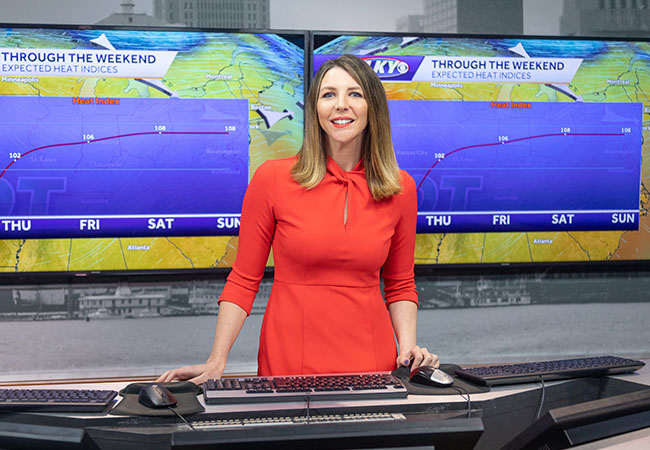 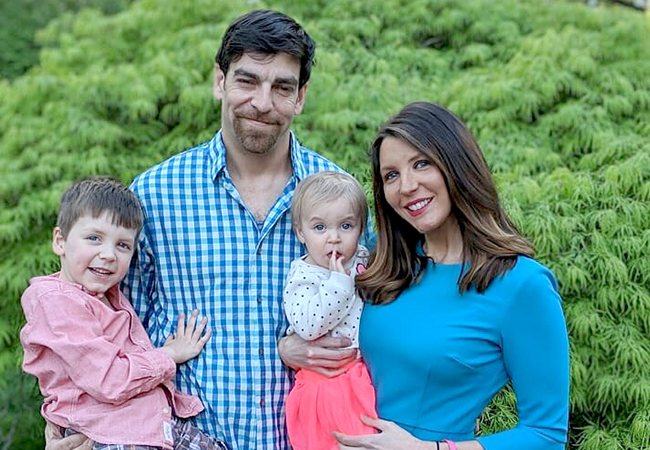 The WLKY Traffic and Weather Reporter hails from Chicago but has made Louisville her home. She took time out to chat with Rocko Jerome about her life here in our big small town.

"I think the main thing that I would like for people to know about me is that I'm a regular person," says Mo Rose, Meteorologist and Traffic Reporter for WLKY 32. She's a self-described "goofball" who believes in never taking herself too seriously and bringing a sense of fun into the everyday lives of those around her, friends, family, and coworkers alike. "We live in serious times and I definitely get that, but life is short, you know? I think it's important to smile whenever we can."

One thing that she does take very seriously is the field that fascinates her, meteorological science. Raised in Chicago, Mo was always fascinated by weather. "The air out there can be very benign, but there's such power in it. It can really hurt you if you don't respect what it wants to do or where it wants to go. It's never pleasant to have to report on heavy weather or break into programming, but I hope that people realize that when we have to do that, it's very important. Often, lives could literally be at stake."

Mo earned a degree in Broadcast Journalism at the University of Illinois, then she returned to school for Meteorology a few years later through Mississippi State University. Along the way, she met the man who would be her husband, Adam. He opened several Jimmy John's Gourmet Sandwich restaurant locations here in our city, and she quickly fell in love with our big small town (See sidebar). Here, she's raising a family with 5 year old Pierce, 1 year old Daphne, and an adorable dog named Alfie. She's an avid foodie who loves preparing meals (and pastries) herself, as well as eating out. She says that sking her to pin down favorite restaurants is like asking her to "pick a favorite star in the sky," but she does say that Mojitos Tapas Restaurant and topp't Handcrafted Pizzas + Chopped Salads have to be high on her list. "Pierce likes topp't because he gets to build his own and that's really exciting for him," she says with a smile.

Mo spent 10 years in local radio at MAX 102.3 and 99.7 DJX and says that the transfer over to TV and WLKY has been challenging but very rewarding. Now in her second year with the station, she's a familiar face on the "Nowcast" team. "It seems like it's not a big deal after a person has done it for a while, but it's humbling to know that by reporting on traffic and weather -two things that impact everyone- might make a difference in someone's everyday life."

These are a few of Mo's favorite things about our River City:

Weather: "We have all four seasons here, even if they're sometimes shorter than we would like!"

Cost of Living: "The dollar goes pretty far here, and you can enjoy a night out for a fraction of what it might cost elsewhere."

Friendly People: "Maybe it's just the lower population density, but Louisvillians are so outgoing, engaging, and just plain friendly. There are all kinds of people here that are into all kinds of things."

Things to Do: "It's an embarrassment of riches! So many beautiful parks, museums, quirky shops, and not to mention events. I really love it here."