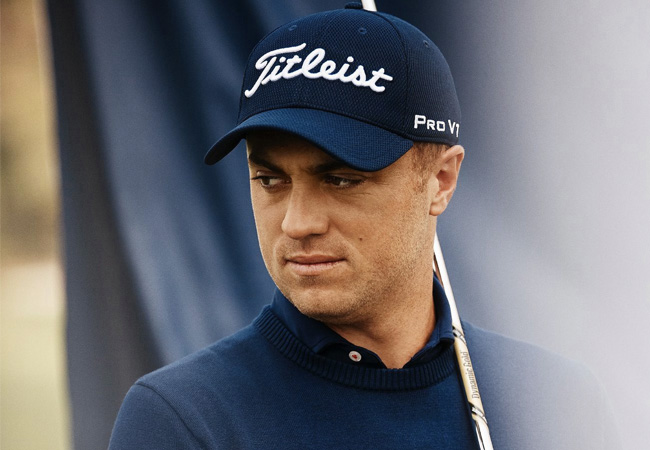 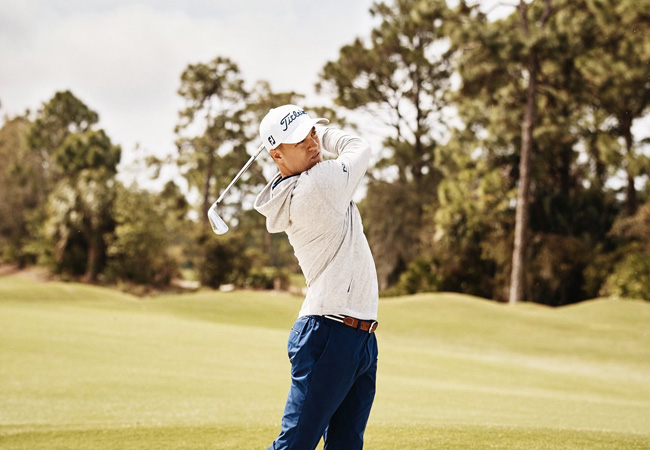 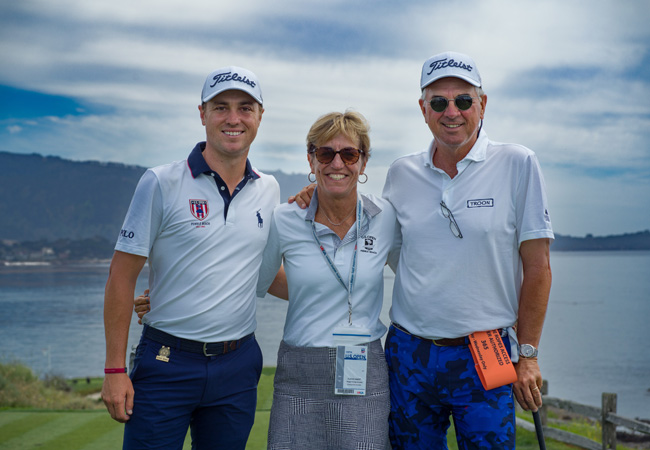 Professional golfer Justin Thomas is making Kentucky proud both on and off the course.

Professional golfer Justin Thomas has a plethora of awards and accolades to his name, like being named Kentucky’s Mr. Golf when he was at St. Xavier High School in Louisville in 2009 and winning the prestigious PGA Championship in 2017. “I’m wanting to win more majors,” he said, “but it’s one single golf accomplishment. When they’re over with, they’re past.”

He has a self-assurance that comes from a strong work ethic and a generous spirit, traits he saw exemplified in his parents, Mike and Jani Thomas. Since turning pro in 2013, Justin Thomas has been thoughtful and giving, especially with his professional earnings. “He’s done it out of the kindness of his heart,” his mom said, adding that her son was fine with donating quietly “and no one ever knowing it, but the best way to grow your giving power is to establish a foundation.”

The Justin Thomas Foundation has come to fruition. As a family, the Thomases talked with several people, including other athletes, over the last couple of years about starting a foundation. “Probably the biggest thing he was told was ‘If you do it, do it 100 percent and make the commitment,’” his mom said. “He was absolutely in. He would have done it a year sooner than we did.”

Justin Thomas turned to his friend and fellow golfer Jordan Spieth, who told him it would be a lot of work but worth it. For a professional athlete to start and continue a successful charitable foundation, they’ll need to focus on the sport. “The most important thing in my career is my golf,” Thomas said. Winning more tournaments will be a way to help his foundation raise more funds and support more people. He has decided to have the foundation support children in need and junior golf, as well as military families. Through the Justin Thomas Foundation, he and his family are “committed to showing compassion, displaying kindness and making a difference in the world,” according to his website, JustinThomasGolf.com. Look for the big DONATE button, because tax-deductible contributions are gratefully accepted 24 hours a day.

The Justin Thomas Foundation had its official launch on April 17 at a benefit dinner held at the Marriott in downtown Louisville. The gala was complete with Kelley James providing the music entertainment and there was a live and silent auction to raise funds for the foundation. Golf commentator Peter Jacobsen was on hand to interview Thomas for the crowd. His mom had arranged a little surprise for her son without his knowledge, a video of recorded congratulations featuring Jack Nicklaus, Tiger Woods and Jordan Spieth.

“We ended up selling it out,” Jani Thomas said. “We thought we’d cap it at 500 people and ended up with 542 and had a waiting list.” Justin’s stipulation was that the event had to be fun, so his mom turned to family friend Tara Guenthner, who has handled events for PGA of America and Breeders’ Cup through her event company Hipp Inspired. “Tara just did an amazing job,” Jani Thomas said.

She also gave props to Jimmy Kirchdorfer, owner of ISCO Industries, who stepped up as title sponsor for the foundation’s launch. “He got a team to sell tickets to the event,” she said. “That was huge. When we were starting with this, we were not sure what to charge or what kind of response we would get.”

“He was a great student,” his mother said. “St. X prepared him very well for college.” At Alabama he won all kinds of awards, including the SEC Player of the Year, National Freshman of the Year and National Player of the Year. After his sophomore year, he turned pro in September 2013.

In April 2019, the day after the foundation launch was the first day of the Justin Thomas Junior Championship. The AJGA tournament (American Junior Golf Association) is a junior-am open tournament for boys and girls ages 12 to 19 from all over the world. It has taken place in April the past couple of years at Harmony Landing Country Club in Goshen, Kentucky, where his dad is a golf pro. Mike Thomas is a designated PGA of America Master Professional and his dad, Paul Thomas, played a U.S. Open event in the early 1960s, making Justin a third-generation pro golfer.

“There are more and more junior players coming up,” Justin Thomas said, noting the strength of the field of 78 players. “We’re not as big a state as Florida or Texas or California, but also we don’t have the proper weather for someone like myself at that age to play year-round.”

For junior golfers who want to make a career of golf, Thomas’ advice is to “enjoy it and stay patient. It is a tough and humbling sport. It’s fun.”

Jani Thomas’ suggestions for other mothers of athletes is to “just love them, no matter what. Make it fun and let them be happy.”

There are around 50 PGA events every year worldwide. The only one in Kentucky is the Barbasol Championship, held for the second consecutive year at Champions at Keene Trace Golf Club in Nicholasville, July 18 to 21.

Justin Thomas will be in Northern Ireland playing in the British Open the same weekend. Bryan Pettigrew, tournament director of the Barbasol Championship, met Thomas at the foundation kickoff event in April and was impressed with the golfer’s involvement in giving back to kids and supporting charities. “He is a great ambassador for our state,” Pettigrew said. “We should be proud of him that he’s from Kentucky.”

Justin Thomas is a brand ambassador for Titleist, CITI, Polo Golf, Rolex, Troon, Beats by Dre and Kentucky’s own Woodford Reserve. You know you have made it when Ralph Lauren, the most iconic American fashion brand, launches the “Justin Thomas Collection” which bears the JT Logo and includes a flag sweater, Polo bear hoodie, vest, pants and, of course, Polo golf shirts. The JT Collection is available for anyone to purchase through the Ralph Lauren website.

As time allows while he is traveling, he is talking up the Justin Thomas Foundation on social as @JustinThomas34 on Instagram and Twitter, and @JLThomas34 on Snapchat.