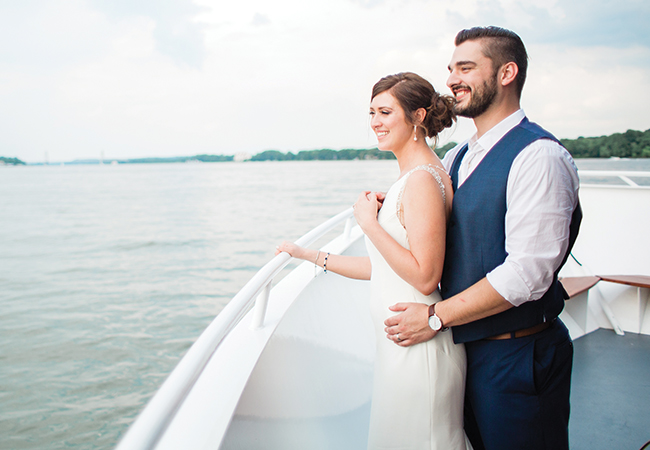 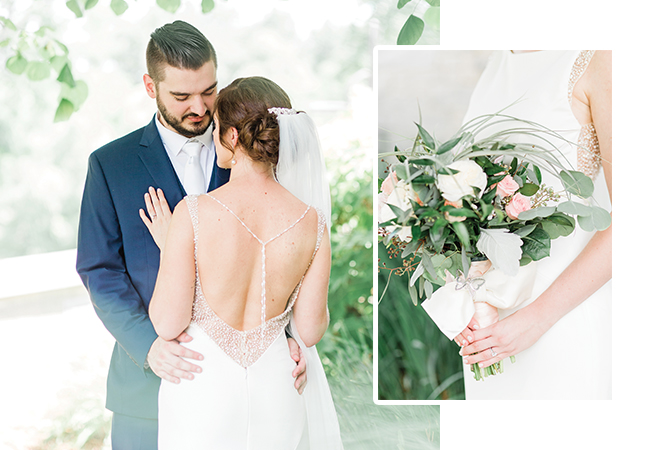 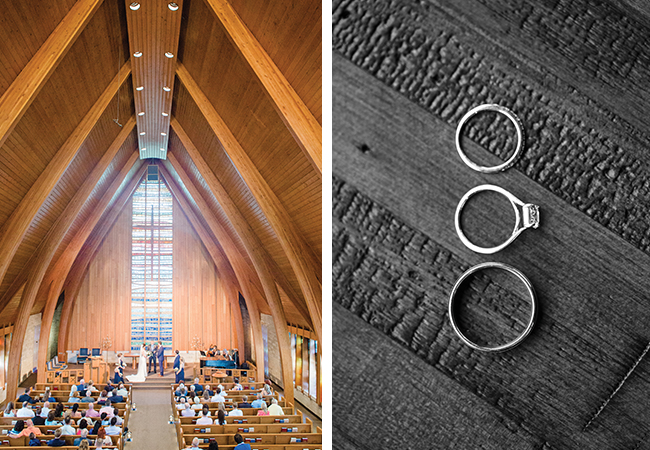 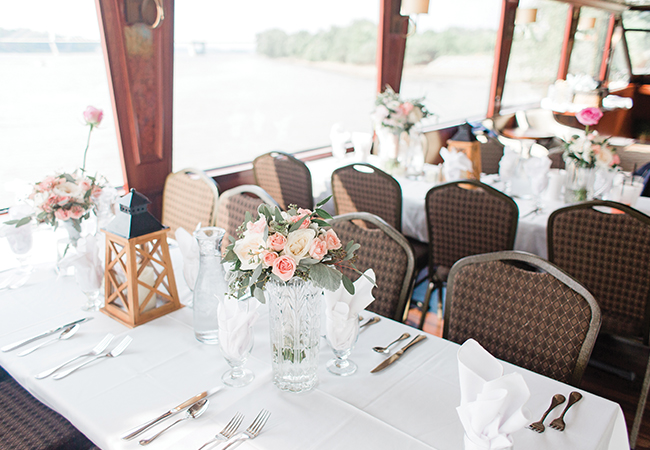 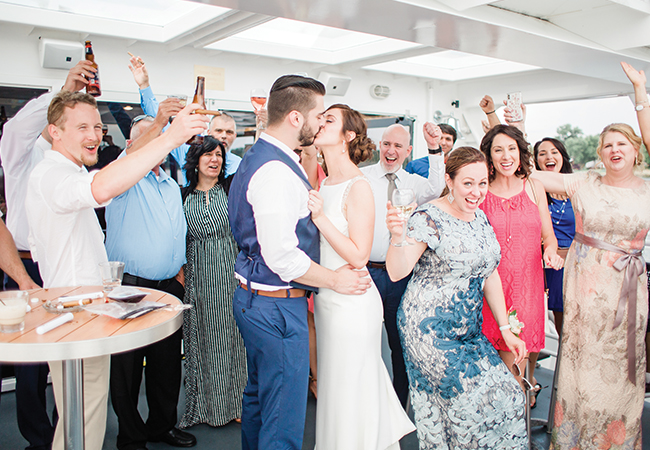 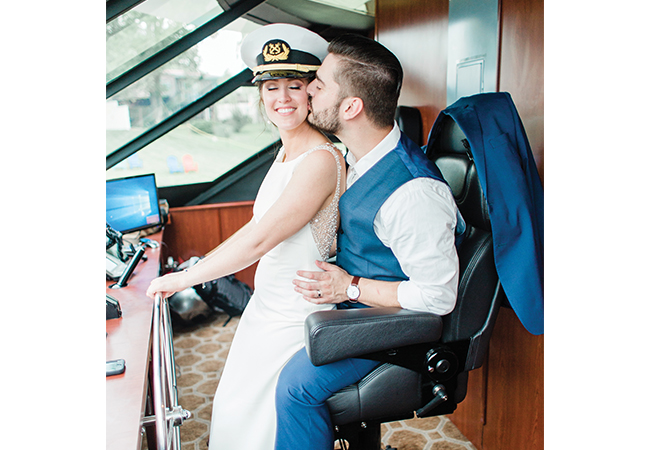 Megan and Kody Reichmuth took one another to have and to hold in the Caldwell Chapel at the Presbyterian School. “We thought about eloping to Iceland instead but decided not to do that and have a more traditional wedding instead.”

The chapel resembles a Viking ship, only upside down and with beautiful stained glass windows, huge arches on both sides, and a beautiful organ around the balcony area.” Megan’s a dentist with an exacting personality as well as a self-acknowledged “type-A drive,” so she wanted to plan out the entire day with each minute executed as carefully as possible.

However, as we all know, nothing goes exactly as we plan, and there were speed bumps throughout the day. Finally, she let go of so she could celebrate with her husband and their families. They held their reception on the Captain’s Quarters Princess yacht. With a trio band to lead the festivities, the couple enjoyed their evening and made memories in Louisville that they will forever cherish. They are now moving to Oregon, where they will embark on all new adventures.