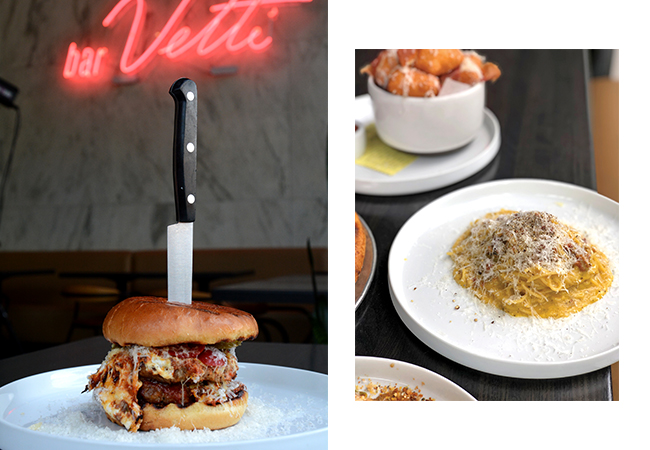 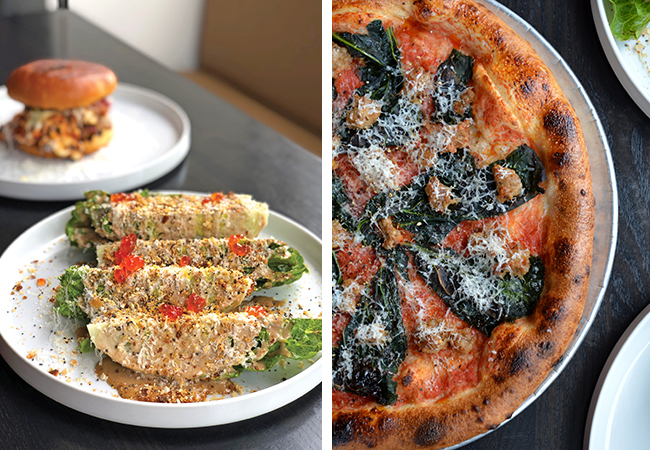 Louisville might not be known for it’s pizza scene yet, but bar Vetti operator Ryan Rogers saw a chance and took it when the owners of the landmark Fourth Street 800 building approached him to open a restaurant. Rogers, the braintrust behind the Feast BBQ and Royals Hot Chicken concepts, opened bar Vetti 18 months ago and quickly realized the Italian Kentuckians think they know wasn’t what he had planned to give them.

Instead, he worked with chef/partner Andrew McCabe to pair Kentucky staples with the concepts behind traditional trattorias in Italy. “They really speak to that region that they’re from, so we try a similar idea and say ‘if we’re representing our region, our region is Kentucky’,” Rogers says.

We want to stay true to food in the Italian sense, but pick products from the region we’re in.

That means you’re likely to find more traditional pizzas –– such as a classic Margherita –– but also dishes with collard greens, homemade ricotta, beets and county ham. As more Americans become food savvy, chefs like McCabe are afforded the opportunity to create entrees beyond the $9.99 pepperoni –– and they’re learning to appreciate that culinary expertise.

“We want to stay true to food in the Italian sense, but pick products from the region we’re in,” McCabe says. “That way we are an Italian restaurant, but there’s a sense of place as well. We can replicate things from Italy, but stay true at the same time.” McCabe plans to change the menu seasonally.

bar Vetti is located at 800 S. 4th Street. The restaurant is open at 5 p.m., and reservations are accepted at (502) 883-3331 or via the company’s Web site at barvetti.com. A full bar menu with signature cocktails and homemade amari (Italian apertifs) is also available.