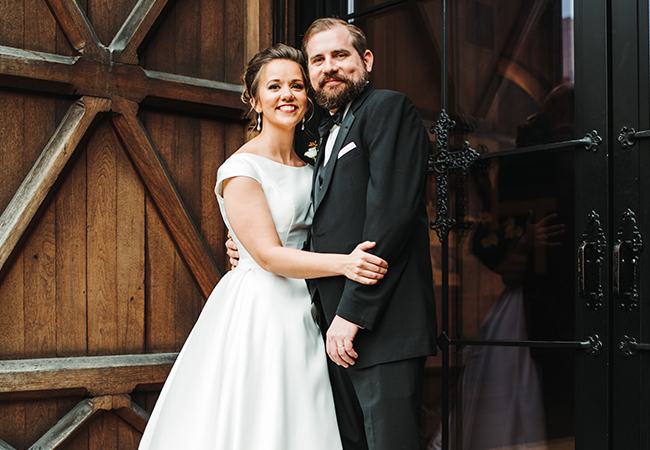 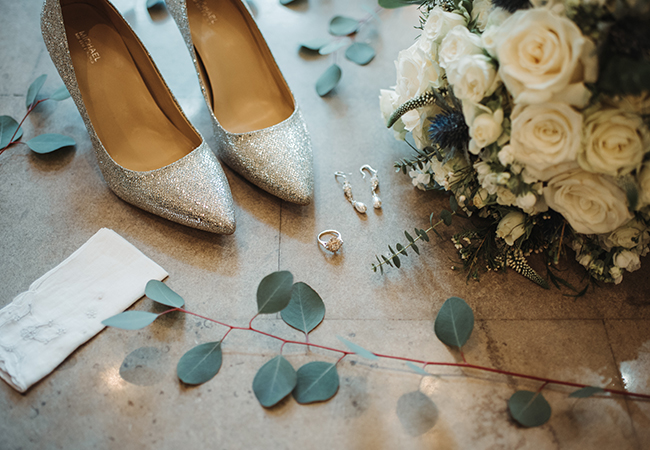 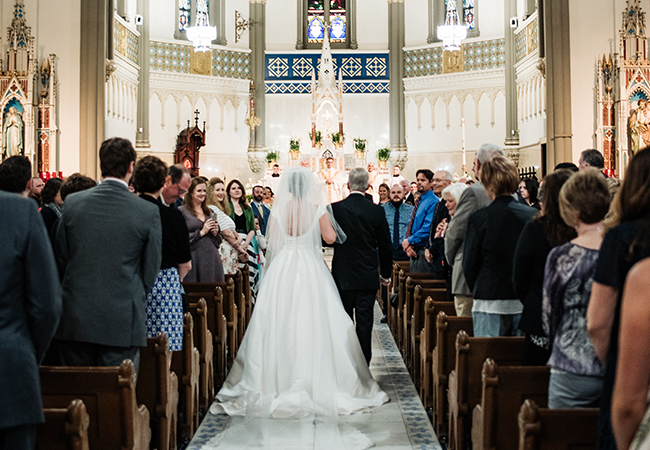 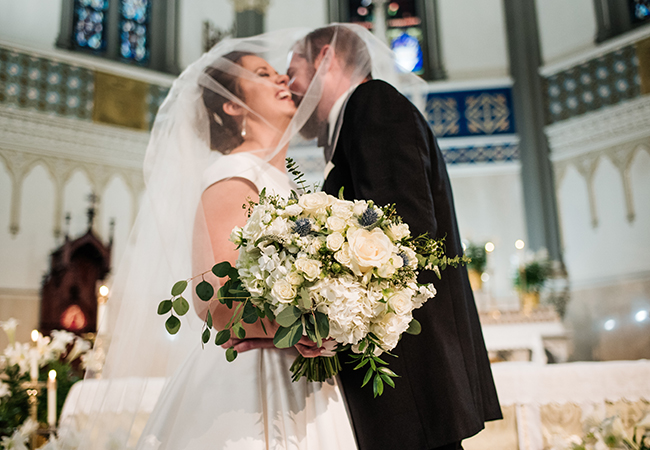 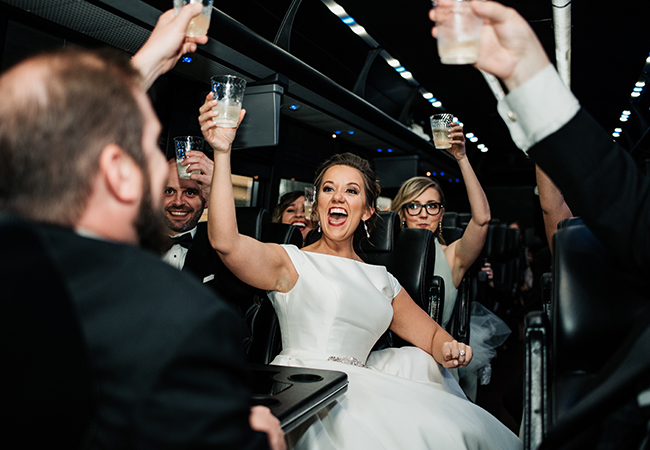 Carrie Syberg and Justin Hagovsky said their “I do’s” on April 27th in Indianapolis at St. John the Evangelist Church. Carrie’s family was instrumental in this union, with her two brothers as the officiating priests. The couple celebrated their life together as one soul, originally meeting as creatives at Actors Theatre. That set the tone of their mar- riage, the heart of their meet-cute that began with the song “God Only Knows” as performed by Michael Bublé. As seen in their wedding photographs, the wedding was regal yet worthy of “fear of missing out” on the frolicsomeness enjoyment from their festivities. Cheers to Carrie and Justin!