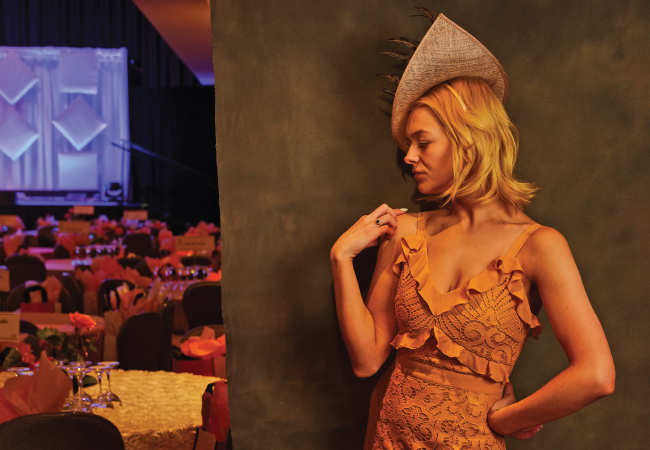 “There’s a change that happens when you put on a hat. It makes you walk, sit, stand differently.”
–Shelby Blackerby, Heyman Talent. The Hat Girls fascinator, $650, at The Hat Girls in Norton Commons. Two Sisters yellow lace dress, $128, at Magnolia & Fig. 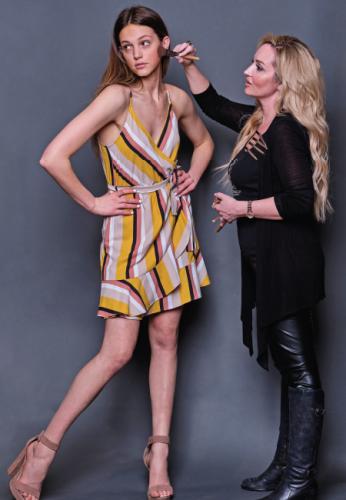 “This year’s beauty looks were based on sheer makeup with bold uses of color. It’s about self expression and taking risks.”
–Jill Higginbotham, owner J Michael’s Salon & Spa with Julia Long, Heyman Talent. Striped dress, $44, at
Darling State of Mind in Westport Village. 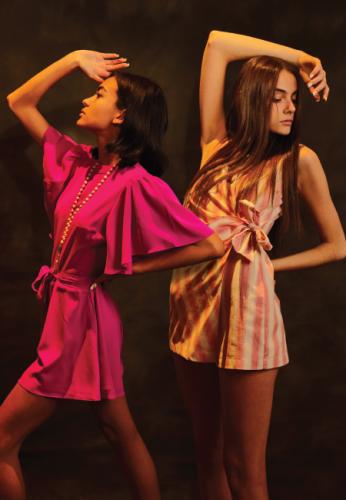 Just in case you weren’t in the receptive crowd of a thousand fashion lovers who filled the two-story Grand Ballroom at Horseshoe Casino to see this year’s show entitled, “We are Wonder Women,” we take you behind the scenes with photos of a few favorite looks. They were snapped right after dress rehearsal and before application of the ethereal hair and makeup by J. Michael’s Salon & Spa. It’s a glimpse of the calm before the fashion storm and a look at the models in their natural, un-madeup state, letting their inner beauty shine through. We hope it inspires you to dress in a way that plays to your own unique strengths this Derby season and beyond. <