BEHIND THE SCENES OF THE BESPOKE SHOW 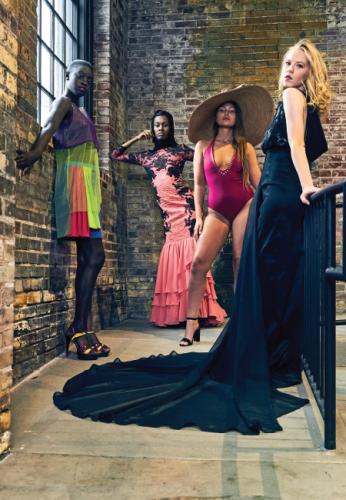 “Louisville Bespoke is a catalyst to the local fashion industry because it provides resources to small startups, helps their brands grow stronger and connects brands ready to launch to the world.” –Kimberly Phillips, designer. From back to front: ITEN Khalil pink and black gown, $395; Michael Moment swimsuit, $50, and Sheila Nobles and Kevin Swansey hat, $300; Evangalique by Edward Taylor colorblocked top, $29, and skirt, $39; Kimberly Phillips black gown, $290. 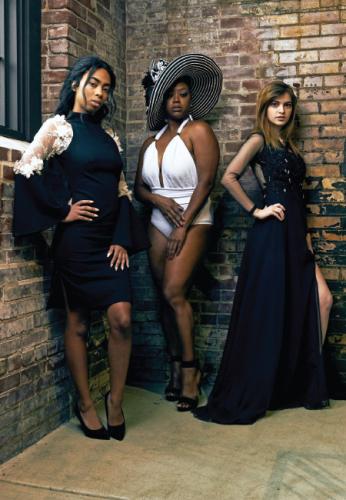 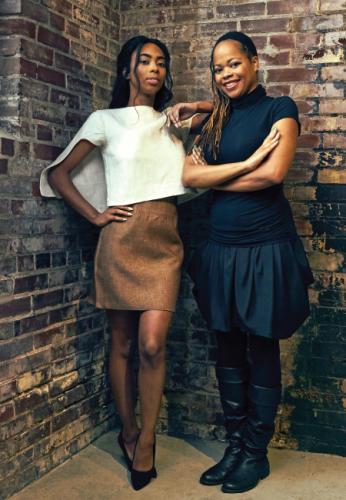 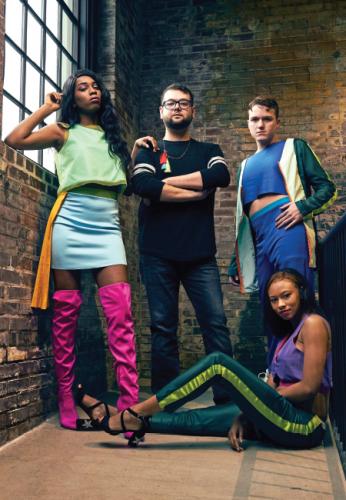 “Being part of Louisville Bespoke is being part of the future of fashion in Louisville. Through Bespoke, I gain exposure for my non-binary clothing line.” –Edward Taylor, designer/founder Evangalique. Evangalique by Edward Taylor tops $29, skirt, $39, and pants, $49, jacket, $59. 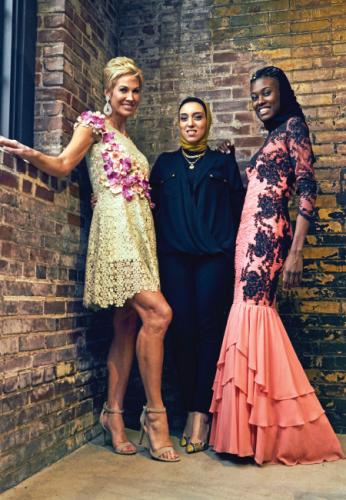 “As a hijabi woman, I hope to change perspectives and encourage
conversations to move towards more inclusion.” –Iten Khalil, designer/founder i10.
Iten Khalil ivory dress, $245, and pink dress, $395.

The fourth annual Bespoke Fashion Show, entitled Graffiti: Make your Mark, and proudly sponsored by TOPS, brings its groundbreaking, local designs to The Speed Art Museum this month. Here, a behind-the-scenes preview captures the excitement, energy and vision of this local fashion collaborative.

It’s quite fitting that an organization founded with the goal of empowering visionaries, challenging the status quo and promoting inclusivity would choose to celebrate the suffrage anniversary with its highly anticipated spring fashion show, Graffiti: Make your Mark. “The fashion show is going to be a great night of strength, empowerment and design,” says eveningwear designer Kimberly Phillips. “Fashion was a large part of the women’s suffrage movement,” adds board member Faith Yascone. “The first one-piece swimsuit was a catalyst that got the nation’s attention. Women were literally being arrested for new fashion choices, which really helped push the women's voter movement forward. This year’s show represents inspiration for people to take back their power.” It empowers women both indirectly and directly; the LB board members selected Dress for Success as the charitable beneficiary.

If supporting local makers and a charity that outfits women in our community for success isn’t enough of a reason to buy a ticket, the opportunity to witness a full spectrum of locally designed fashion including dresses, sportswear, hats and fascinators, eveningwear, athleisurewear, swimwear and non-binary-wear should do it. The designs push the parameters of the expected and rework the definition of southern style. “As a stylist and fiber artist, I look for ways to incorporate wearable art into everyday wear,” says Justin Keibler of Baz and Bea. “Creating this collection of brushed dyes... I allowed the dyes to work organically while coaxing them into the lush petals and colors of ‘My Floral Fantasy.’”

Other designers challenge cultural norms: “Being an Egyptian immigrant to the United State, I am proud of my Arabic Middle Eastern roots,” says Iten Khalil of i10. “I feel like I am breaking barriers and stereotypes by introducing an image of a modern Middle Eastern woman which might be different from what people have in mind.”

While each designer has their own aesthetic and business goals, they have a common mission of supporting each other and gaining Louisville’s fashion community a national platform. “We have the City Life aesthetic with all the southern charm anyone could ask for. We have a growing arts movement, a top-notch ballet and an increase in film production,” says Edward Taylor, non-binary clothing designer. “It’s time to be known for our fashion beyond our Derby attire.” Witnessing the electric atmosphere in their rehearsal space, it seems clear that the group is poised to shine a brighter spotlight on the Louisville fashion scene—with the help of the community at large who attends their shows and buys their creations. Founder Yamilca Rodriguez says it this way: “Louisville Bespoke is a living organism that grows and transforms as the community waters and nurtures it.”

The Louisville Bespoke “Graffiti: Make your Mark” Spring fashion show benefiting Dress for Success will be held on Friday, April 12, 2019 from 6:00 p.m. to 10:00 p.m. at The Speed Art Museum. Tickets are $35 to $95 and are available at eventbrite.com or through Louisvillebespoke.com.