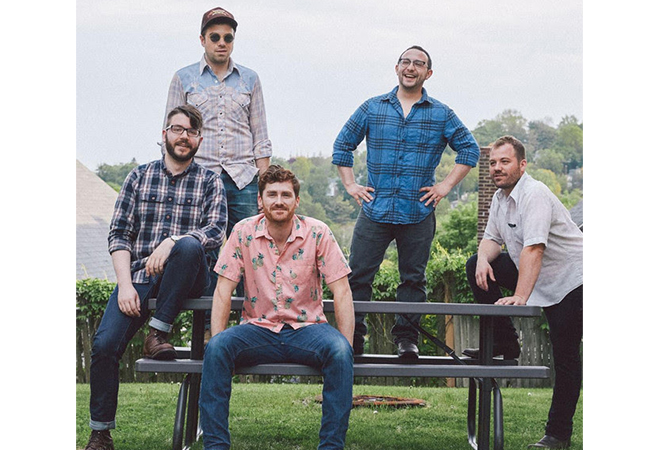 After touring heavily in New England in support of their full length, Stardust Lodge, the band heads South to
promote the new record, which spent 11 weeks on the Roots Music Report top 50 Folk Albums chart--topping out
at #5, and #1 on the Trad Folk Chart. It has been spun in over 50 radio stations across the county!

The band’s first full-length record is propelled by Mulroy's lyrical approach which is met equally with songs of loss
and regret, and the struggles of the everyday working man with a satirical twist. Stardust Lodge explores the
boundaries of the Americana genre adding drums, pedal steel, and electric guitars to their core, acoustic-roots
sound.

“Boston band Grain Thief distinguish themselves from the legions of fresh-faced East Coast kids packing mandolins and banjos, in that they use vintage Americana rather than emo or corporate American Idol pop as a springboard for their songs. And they tell some great stories, and have serious bluegrass chops.”
-Delarue, New York Music Daily

Please get in touch with Paddy at [email protected] for guest list, interviews, or promo copies of Stardust Lodge.