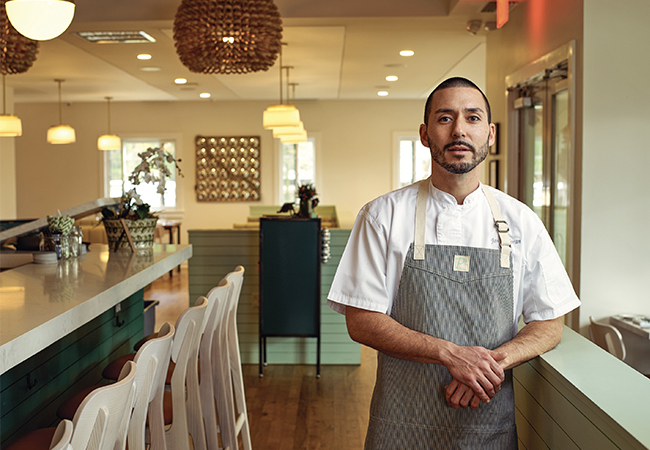 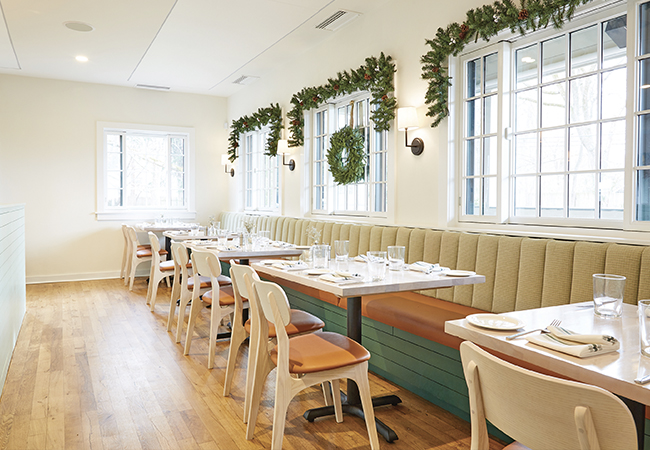 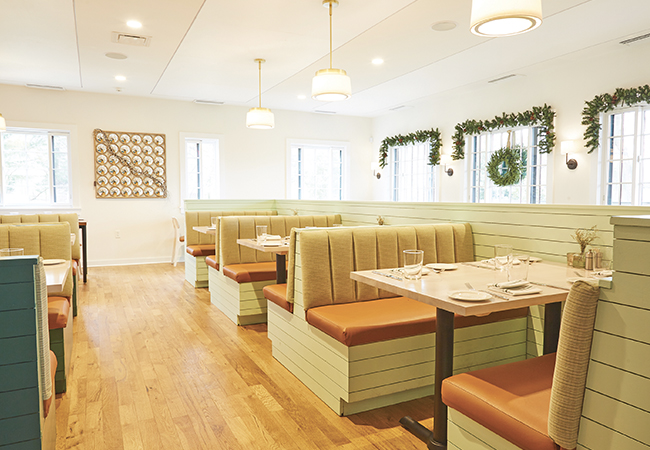 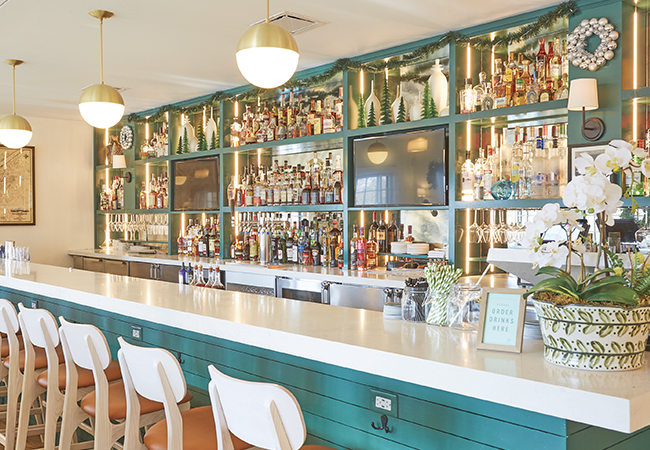 Fire destroyed The Pine Room in 1977. It was a devastating loss to patrons who thought of the restaurant as a kind of home away from home. Now, under Augusta Holland’s ownership, the iconic restaurant is back.

Augusta Holland was only a year old when The Pine Room burned to the ground, so her knowledge of the iconic spot comes from the fabled restaurant’s rich folklore. That secondhand knowledge, and her love of historic preservation, was enough to convince her to bring it to life once again.

“When we moved to Harrods Creek, we wanted a fun restaurant where we could go as a family. That was the kernel of the idea,” says Holland, a developer and urban planner. She partnered with Steven Ton, who became a major player in the Louisville restaurant scene with Basa, Doc Crow’s and La Coop. He’s now the general manager of The Pine Room.

Taking on the project initially made Holland nervous. With refreshing candor, she says it still does. “Part of what I love is that The Pine Room had such history, meaning that was one piece of the puzzle. The other was bringing back the restaurant to Harrods Creek, the place. When you say The Pine Room, everyone immediately thinks Harrods Creek, so that was important to me. The Pine Room was a place where people seemed to enjoy gathering and had positive experiences.”

In her efforts to breathe new life into the structure which was most recently The Cast Iron Skillet, Holland rebuilt the entire kitchen and added much needed storage. Two of her most visible changes were to install new windows on the front and to brighten the interior. She wasn’t trying to thread the needle so fancy that The Pine Room was only a special occasion restaurant, but she also didn’t want it to be overly casual.

The interior is serene and modern with warm, gentle touches that celebrate The Pine Room’s original character, where a mural and paintings by local artists are elements of its unique personality. Several nights a week, a piano player plays at the bar, just as one did decades ago.

“I love the idea of hospitality, in general,” says Holland. “My parents instilled in us as children what it meant to be hospitable. To create that kind of place is exciting.” She’s also excited about working with James Moran, head chef. “He has wonderful energy. Plus Steven has been invaluable and is making it all run every day,” she says. “The three of us are a great team. We laugh a lot, have many conversations and operate with transparency. If there’s a hurdle to jump over, we figure out how to jump over it.”

Moran is imbuing triple helpings of talent and enthusiasm to The Pine Room. “I’ve known Steven for a while. When I had an opportunity to first talk with him and Augusta. I got very genuine vibes from both of them,” he says. “I felt this was an awesome platform to do something special with, a new restaurant that has a beautiful dining room and is in a great location.”

Growing up in a home in which his Korean mother cooked traditional Korean dishes, he gained a respect and developed a palate for their flavor profiles. The Pine Room’s menu features classic American dishes that are designed to appeal to everyone, from burger lovers to picky children. Moran may introduce the occasional Korean influence, which he regards as being “like a punch of umami.”

The Inside Scoop with Chef James Moran

Is there anything people would be surprised to know about you?
My story and what I’ve overcome. Life has thrown me a lot of curve balls. Was there light at the end of the tunnel all the time? Absolutely not. But I found cooking to be therapeutic and it became my passion. So, food and the values in instilled in me by my mother helped me overcome the obstacles.

What’s the best advice anyone ever gave you?
When I was a meat cutter at Logan’s Roadhouse, one of the guys told me to be the hardest worker around. That’s what I have done, and it has paid off.

Do you have any kitchen gadgets you’d never give up?
My mandoline and microplane always stay with me.

Is there anything you’d never eat?
No. I’m pretty adventurous. I like to go out on a limb and try something exotic, maybe the taste and smell and texture of food that’s from another culture.

Let’s pretend you just won the lottery. What are you going to do?
Pay off debt, invest the money and open my own restaurant. It would be New American cuisine with southern ingredients and a Korean flair.

What would you be if you weren’t a chef?
I have no idea because this is for me. I’ve never looked back and said shoulda, woulda, coulda.

Brine 6 to 8 boneless chicken breasts for 12 to 24 hours. Then marinate in the Buttermilk Marinade for 12 to 24 hours. Dredge in the Seasoned Flour. Fry at 315° for 13 to 14 minutes. Allow to rest for four to five minutes. Serve with Cauliflower Puree and a toasted pepper biscuit. Drizzle with Hot Honey Sauce.

Black Pepper Biscuits
9 ounces flour
½ ounce baking powder
¼ ounce sugar
1 teaspoon salt
4 ounces cold butter, cubed
½ teaspoon black pepper
3 ounces buttermilk
4 ounces half and half
In a food processor, combine flour, baking powder, sugar, salt, pepper and butter. Pulse until flour has combined with butter into small pieces. In a bowl, combine flour mix with liquids, adjusting as necessary. Press mixture into an 8-inch cake pan to a thickness of  ½-inch. Score into 6 to 8 biscuits. Bake at 325° for 18 to 22 minutes.