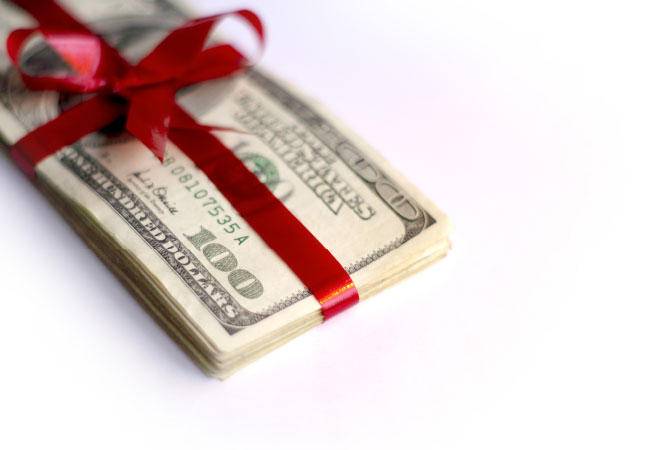 ‘Tis the season to be spendy. Just in time: smart budget and investment strategies that will help you avoid ending the year in the red, and ensure that you start the new one flush with green.

The holidays may be overflowing with good cheer but behind the celebratory mood can lurk financial pitfalls.

Tony Roberts, of A. Roberts & Associates, a Louisville insurance and wealth management firm, targets overspending on gifts as the primary problem that has lingering effects. “So many people charge gifts on their credit cards. Then, 60 days later, they ask themselves, ‘Why did I do that?’ They take the next four months paying off those gifts,” he says. His solution is easy. Pay with cash.

Be a savvy consumer and set a budget before you head out to shop. That may help you limit the number of gifts you buy for each person.

“I have seen ten gifts wrapped up in front of someone but they really care only about a couple of them. Figure out what those two would be and buy them.".

Shopping for sales is a no-brainer, but it can be too expensive. “If something was priced at $200 and you see it on sale for $100, that doesn’t mean you can afford it,” says Roberts.

As you’re making your list and checking it twice, it’s also time to think about savings and investment strategies. This is the time to be aware of possible tax deductions. If you participate in a 125 Cafeteria plan at work, he says you need to use those dollars before the end of the year. Schedule the eye exams and dental visits so that you don’t lose the funds for them.

“If you want to contribute to an IRA or Roth, paperwork must be completed by the end of the year although you may have until April 15 to put the money in,” advises Roberts. “If you have a mortgage, think about paying a 13th month in December so that you can deduct the interest in 2018.”

Contact your CPA or financial advisor now with questions regarding potential savings or tax issues. Waiting until the week between Christmas and New Year’s may mean you’re out of luck.

Roberts has suggestions for a fiscally Happy New Year: establish goals, have a financial plan in place for the future and set aside funds for next year’s holidays. Your long-term plan may change in the coming years, but the earlier you have one, it may help you reign in your spending. “Instead of paying $200 to go to a concert, maybe put that money in a savings account. Eventually, that will mean more to you than going to see Taylor Swift,” he says.

Even though you might be caught up in the 2018 holiday hoopla, it’s not too early to think about next year’s holidays. For example, if you usually spend $1,000, squirrel away about $100 a month. When it’s time to shop or entertain, you’ll have a nice little nest egg ready and waiting to fund the fun.