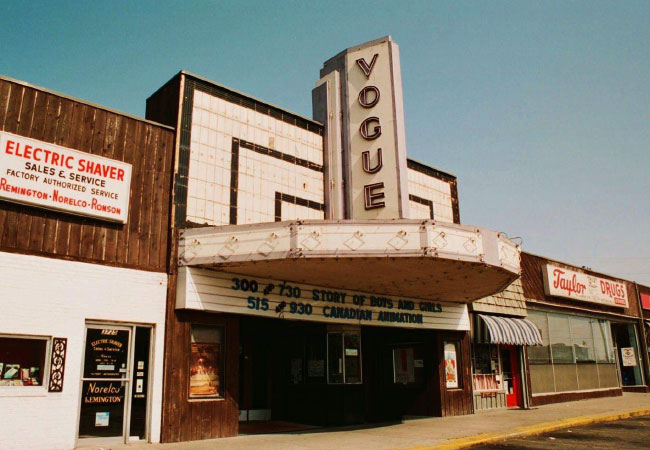 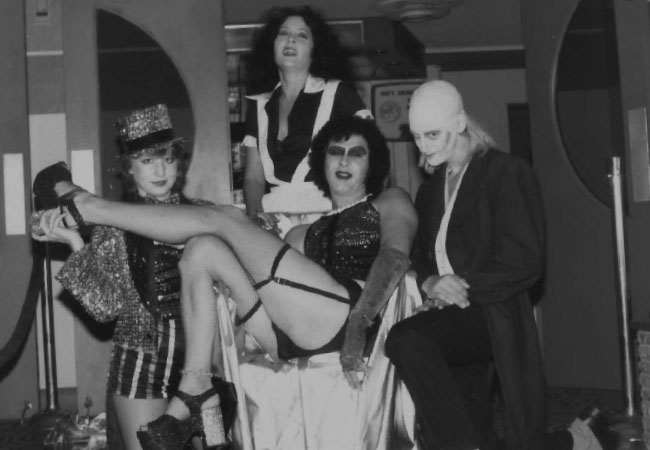 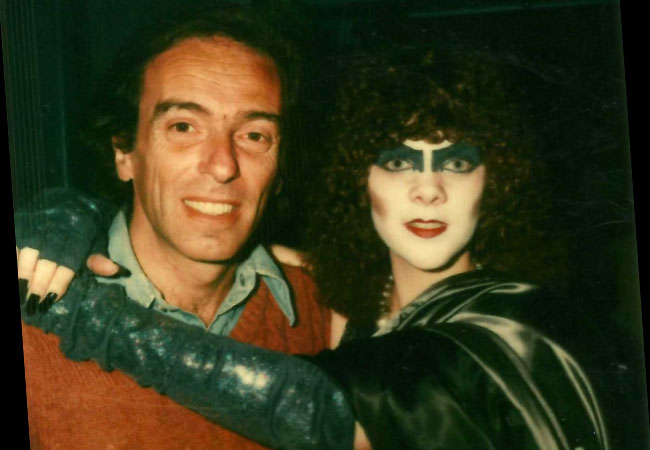 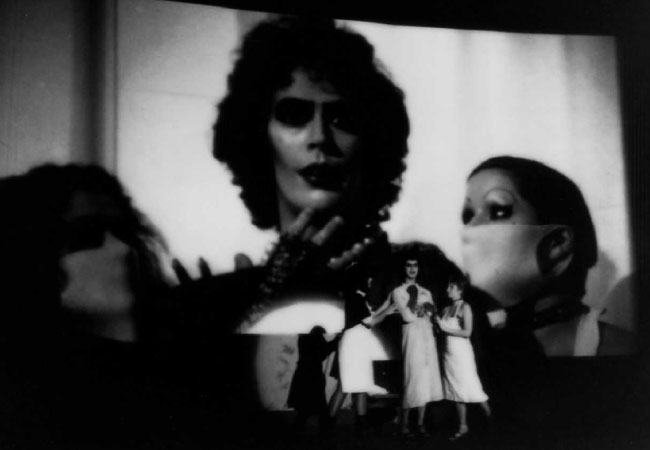 The Vogue Theater served as a beacon of light for generations of Louisville film enthusiasts and artsy teens, many who spent entire weekends in the dark captivated by such epic masterpieces as Eraserhead, Apocalypse Now, Nosferatu and those legendary live Rocky Horror performances. The Saint Matthews institution will be celebrated in an upcoming film at The Speed and Rocko Jerome has some behind the scenes insights.

An unusual scene unfolded on an evening early this fall, on Lexington Avenue in front of the facade of the old Vogue Theater. A raucous crowd formed a line underneath the once luxurious marquis. Bright lights were shining, undulating lips from the opening of The Rocky Horror Picture Show were projected up onto a wall.  There was, this time, no movie to cue up for, no experience about to transpire in the darkness… other than the line itself.  The group of people gathered did so because they were so moved by their seminal cinematic experiences at the Vogue that they returned there, on the twentieth anniversary of its closing, to celebrate what the theater meant to them. They talked and laughed together, and then they each gave their testimony to the Vogue, live on tape.

It was all orchestrated by one Dave Conover, a Louisville film enthusiast and self-described “cinema archivist”  who is making his first foray into filmmaking with a documentary about the theater that meant so much to so many. It's called Vogue: Return Engagement, and it will offer a fascinating look at the place and the people who were drawn to it. "I found myself at the Vogue, in more ways than one, in the early 80's. I was just out of high school," Dave says, "It almost immediately took on monolithic proportions in my life. It was my sanctuary, my social hub, my higher education. A place where I could find other like-minded mutants, people who thought like me-- or maybe more importantly didn’t-- but still loved the same things that I love."

The nexus point for those "like-minded mutants" was the monthly showing of the cult classic of all cult classics, The Rocky Horror Picture Show. Not a mere passive night at the movies, Rocky was a happening. It was a wholly interactive adventure, with a cast of impersonators performing on a stage in front of the screen, decked out perfectly as the movie characters, encouraging a supportive and perhaps slightly obsessed audience to sing, dance, talk back to the movie, and even throw things. And then there was the motorcycle. It was a memorable experience, to put it mildly.

It is estimated that tens of thousands of people were a part of that event in the 20-plus years that the Vogue was showing Rocky, but for some, it was just the beginning. “Rocky was like an initiation,” he says.

“For me and many others, it was the first sign of life, the first footstep into a world that expanded very quickly."

The Vogue featured the best of cinema both new and old on its single screen, and for those that are heavy into film, it was something akin to a place of worship.

Unfortunately, good times tend to become old times all too quickly, and when the Vogue closed in 1998 after a monumental 59 years in service, its congregation dissolved to the four winds. The unspectacular ending never sat well with Dave. So he's made it his mission to bring his old found family together again to give an appropriate, lasting eulogy to this Louisville cultural landmark that still looms so large in the hearts of so many.

Last month, Dave served as co-curator for the Speed Cinema's series Deep In Vogue, devoted to seminal films so many of us first saw there, like Casablanca, Harold and Maude, Pink Floyd's The Wall, and yes, of course, The Rocky Horror Picture Show. That showing resulted in a packed house as over a thousand people came out to pay tribute to the camp classic. It remains clear that the spirit of the Vogue still lives on.

Vogue: Return Engagement will be released in the spring of 2019. If you would like to share your memories of the Vogue as well as see more archival photos, please visit the Facebook group entitled “Remember the Vogue Theater of St. Matthews.”