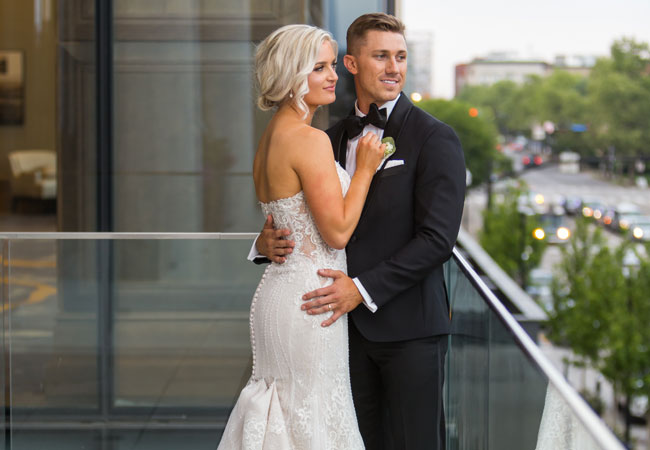 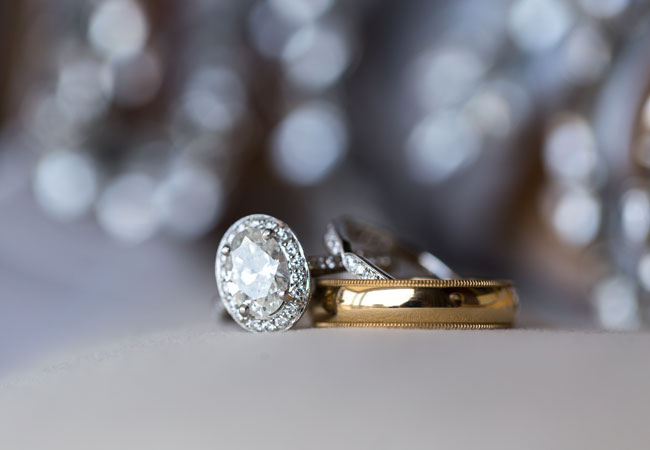 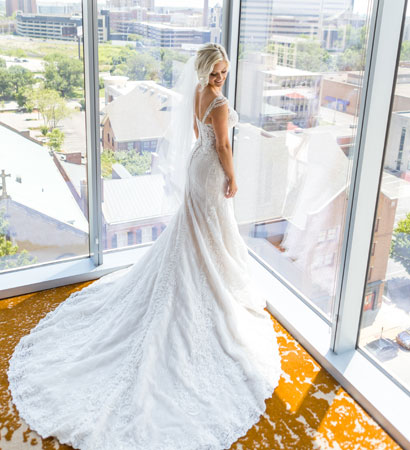 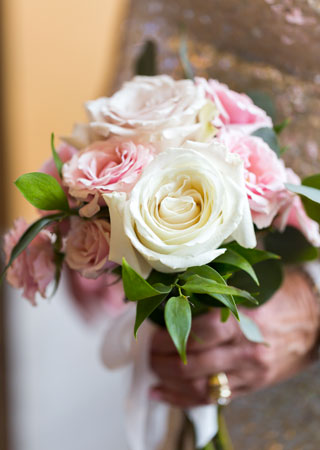 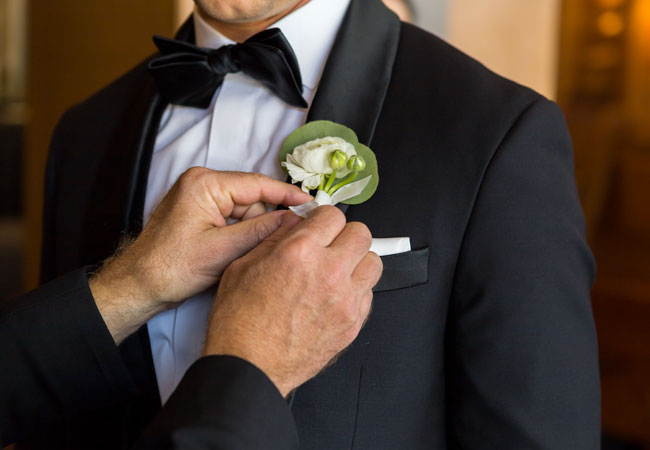 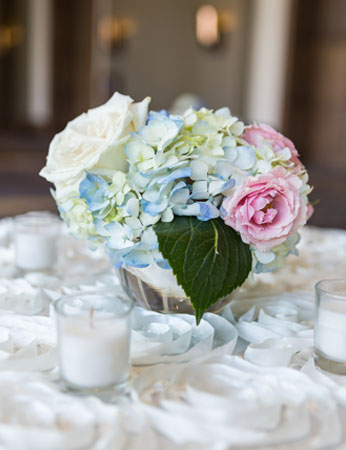 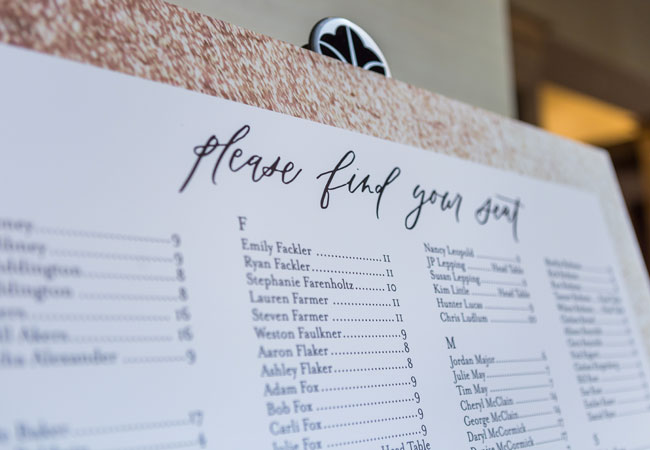 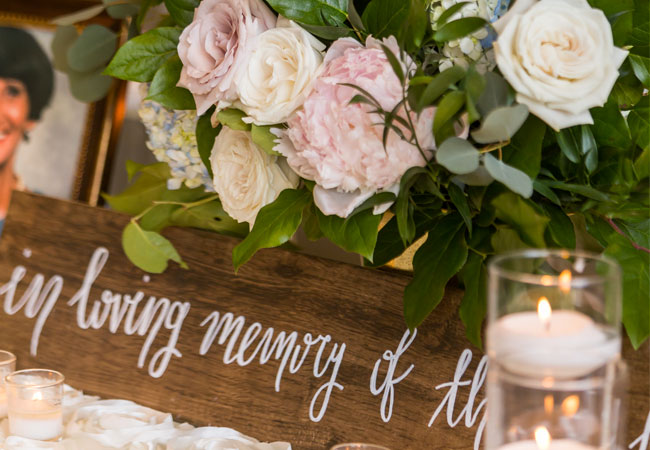 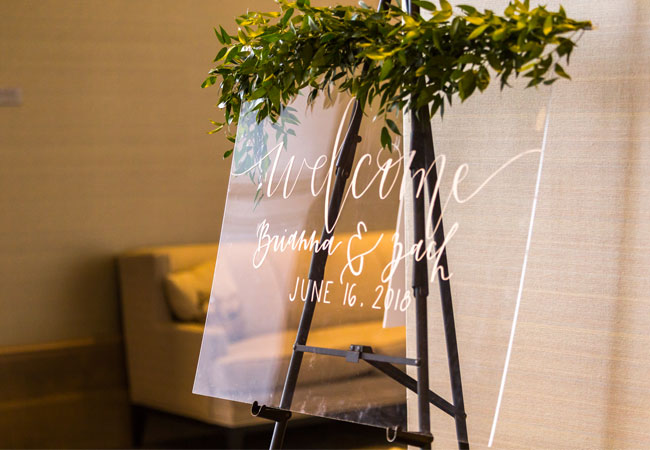 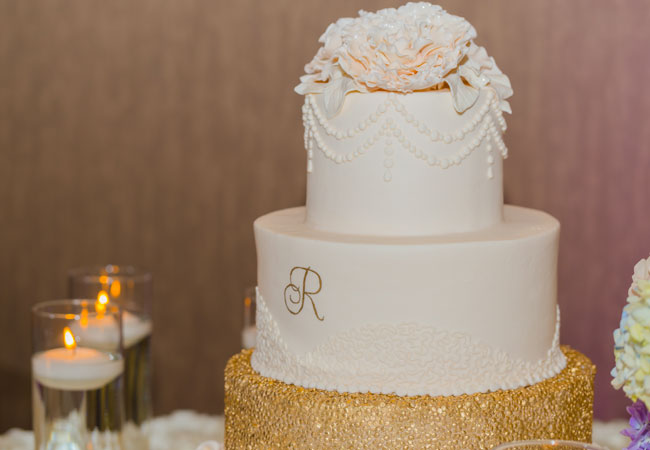 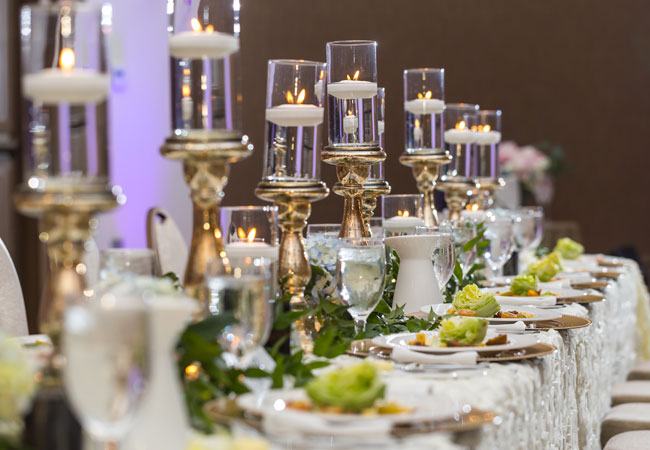 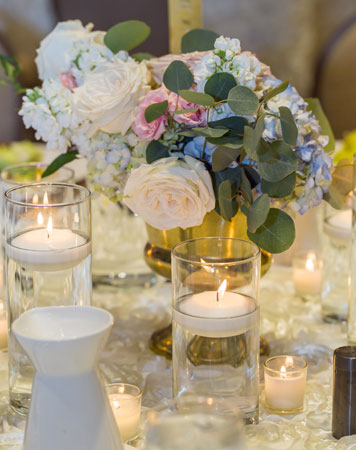 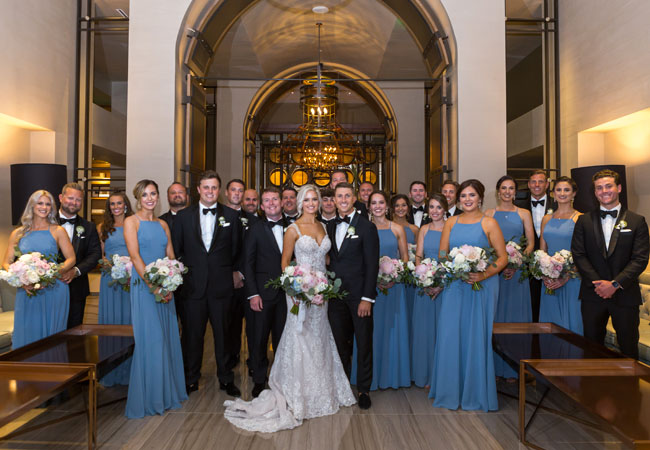 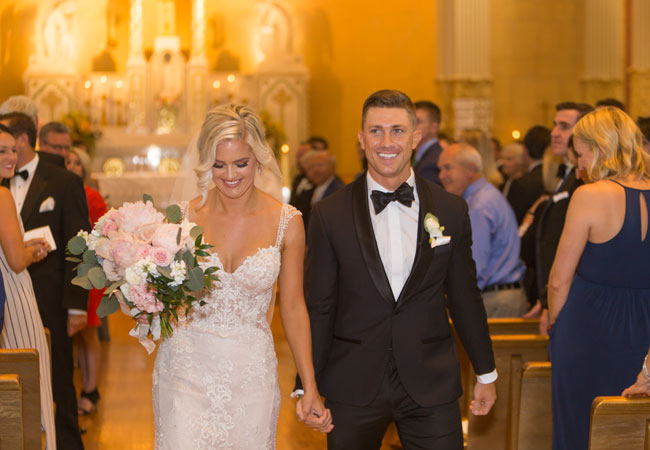 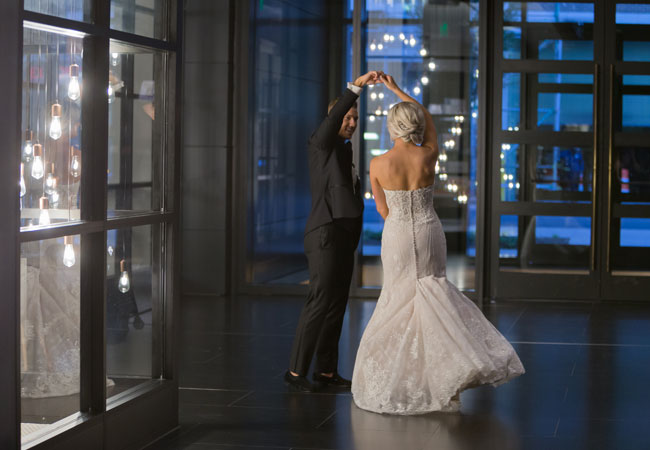 A first date at Derby and a proposal at Louisville Slugger Museum culminated in a glamorous wedding at a new Louisville destination, The Omni Louisville Hotel, for Brianna Simmons and Zach Redman.

Theirs is a very modern, thoroughly local romance. Brianna Simmons and Zach Redman matched on Tinder and made plans to meet up the next day at Churchill Downs on Oaks. “We instantly hit it off and spend the rest of the day together,” says Brianna. “We decided to go to Derby with one another the next day. Best first date ever!”

If their meeting sounds impulsive, their engagement wasn’t. The couple dated for three-and-a-half years before Zach planned a perfectly-crafted, tradition-steeped proposal. “Zach’s dad works for Louisville Slugger and I had never been to the museum and factory,” she says. “So, Zach set up a private tour. The tour walks you through different stages a piece of wood goes through as it’s transformed into a baseball bat. At the end of the tour, you are presented with various models of the finished product that patrons get to view and handle. Zach swapped out one of the bats with one that had, `Will you marry me?’ engraved on the barrel. At the end of the tour, he handed it to me, got down on one knee and proposed.” When the couple walked out of the factory, both of their families were there to congratulate them.

With a proposal as epic as that one, it makes sense that the couple followed up with an equally thoughtful and carefully-planned wedding celebration. “The majority of our guests were from the Louisville area, so part of the reason we chose The Omni was because we wanted to create a fun, staycation type of weekend for everyone,” says Brianna. “The hotel was still under construction at that time, but we knew it would be beautiful!”

While having the reception at the stunning downtown hot spot was a thrill, some of their most vivid memories of the wedding were the simplest moments. “Mine was Zach’s face as I walked down the aisle,” says Brianna. The couple had chosen not to have a first look before the ceremony.

“I wanted to see her for the first time as I stood at the front of the church and she walked down the aisle towards me.”

There were other meaningful touches and decisions, including the church. “Zach was baptized at St. James, so being able to hold our wedding ceremony there was really special,” she says. “We also used flowers from Zach’s mother’s garden that had belonged to Zach’s late grandfather. And we incorporated a memory table with pictures to honor those family members who are no longer with us.” Her dress inspired a meaningful moment too: “I did have that emotional moment of tears when I tried it on,” she says. “It had every aspect of what I was looking for: elegance meets Jessica Rabbit. The details were so beautiful that I couldn’t take my eyes off of it.”

A day that began with a moving first look at a dreamy dress from the altar where the groom was baptized… ended in laughter and fun. “What made the day so special was seeing so many people you love in one place and dancing all night in such a spectacular setting,” says Zach. “And the food was incredible too.” Their advice for other couples about to embark on their wedding planning? “Make a list of your top priorities and be sure you focus on what matters most to you as a couple,” she says. “And once the day arrives, enjoy every minute. It goes by so fast!"