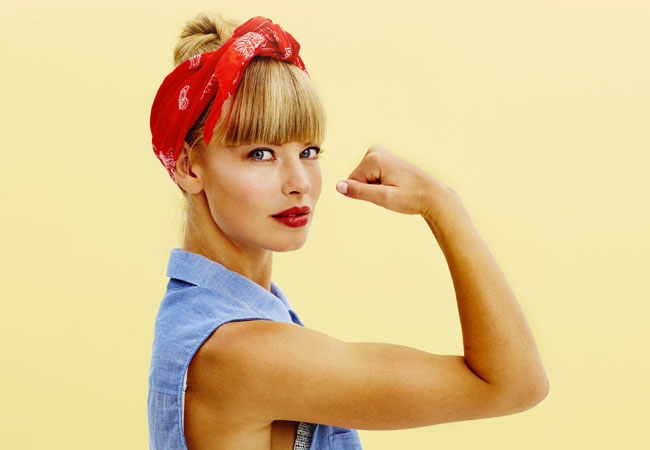 Women’s marches and the #MeToo campaign have brought the challenges women have faced in breaking through centuries of inequality based on gender into sharper focus. While improvement has been seen in recent decades, we are far from smashing the glass ceiling or achieving harassment-free workplaces for all regardless of gender.

Where does Louisville stand in this battle? Is our compassionate city empowering women? Some Louisville agencies weighed in to share their views and what their organizations strive to do to bridge the gap.

“What we have created is a curriculum model called Authentic Leadership for Women. We found that the biggest area we need investing, in order to move women into more leadership roles, is building confidence and courage. Giving them the ability to find their voice.” One of the events that Leadership Louisville holds is the 100 Wise Women breakfast series. This is a quarterly event that provides an opportunity for women–from all career stages and backgrounds – to connect with each other along with being empowered by an impactful speaker. “We expect 250 women at each of the quarterly events.” The decade-old event continues to expand and sells out on a continuous basis.

Alison Brotzge-Elder, Director, Communication & Public Relations for GLI (Greater Louisville, Inc.), provided some resources that are offered, as far as incentives, grants, and training programs that are specifically modeled to aid and empower the women in our community. “A new micro-accelerator program, called WILD, had its first cohort this year with 3 women-led startups. WILD is a startup initiative geared towards early-stage and idea-stage female entrepreneurs interested in creating an initial prototype or a focused go-to market strategy. They also provided $25,000 worth of in-kind services to each startup selected.” She went on to share that The Network of Entrepreneurial Women (NEW) provides monthly meetups and program speakers for women entrepreneurs and service providers. Also, The National Association of Women Business Owners (NAWBO Kentucky) has a wide range of events and programs that are geared to keep women informed of the ever-changing landscape.

Locally, we are fortunate to have cultivated a wide-range of resources that act as a catalyst to allow women to reach their full potential. There is no magic formula or the waving of a glittery wand to erase the gap, but strides are being made.

What’s in a number?

According the Kentucky Commission on Women, only 37.7% of employed women hold managerial positions and an even smaller 25.6% of businesses are owned by women. Nationwide, 9 million U.S. firms are owned by women. They employ nearly 8 million people and generate $1.5 trillion in sales. Even more staggering is that only 1 in 10 Fortune 500 companies still have no female representation on their boards. (www.women.ky.gov/Pages/facts.aspx).

Of approximately 300 active startups in Louisville, there are 39 that are women led where GLI (Greater Louisville Inc) Enterprise Corporation have assisted. Reference USA reports that there are 38,006 businesses in the Louisville metropolitan area that have at least one woman in an executive position. The chart below showcases the areas in which fields women are represented and those where they are underrepresented.

A quick peek at the United States Census for Louisville/Jefferson County reveals a considerable gap between men-owned and women-owned business.

Per a 2012 review, there were 28,752 firms owned by men while only18,027 were owned by women. (www.census.gov./quickfacts/fact/table/louisvillejeffersoncountybalancekentucky/AGE295217).

Number of female-owned  firms with or without paid employees: 51% or more

Administrative and support and
waste management and remediation services    3,544