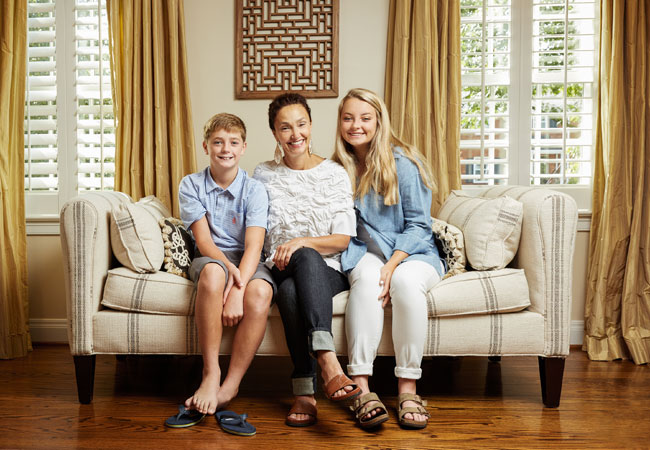 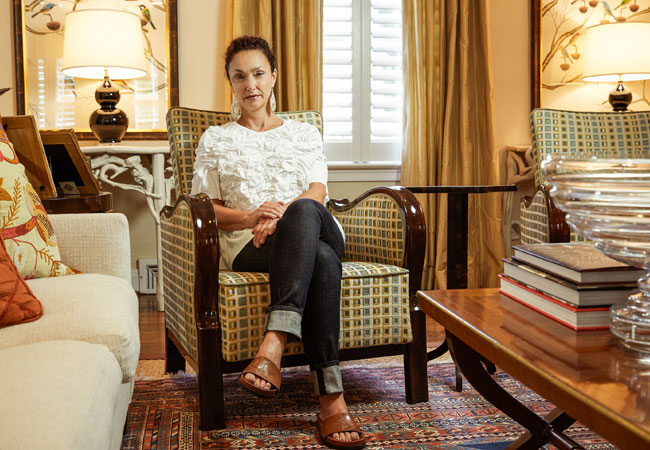 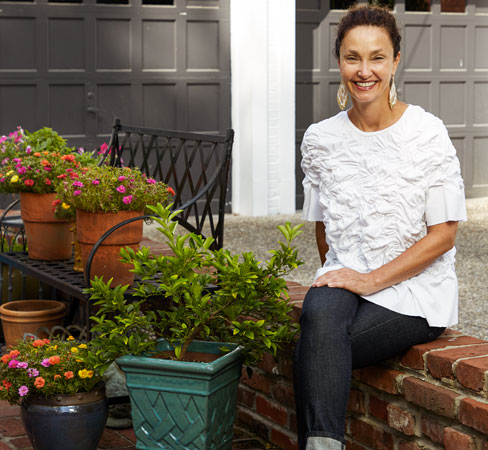 She’s the calm presence behind the desk at Joseph’s Salon and Spa, the family business she’s transformed into a bustling upscale beauty destination. But Kelli Campbell’s legendary work ethic comes home with her where she does the job of mom just as brilliantly.

Kelli Campbell had recently graduated from the University of Cincinnati and jumped on a retail career track at Saks Fifth Avenue when she suddenly switched paths. Her father, Joe Flint, founder of Joseph’s Salon and Spa, was experiencing health problems, leading her to move back to Louisville and help him in the business. What started as a helping hand eventually morphed into her taking over the business in 1995.

“Joseph’s wasn’t in the best financial shape but was making some movement toward being a thriving small business again. It was really exciting to see that the business my family had put so much hard work into was becoming what it once was,” says Campbell.

Connie Flint, her mother, was also an integral part of the enterprise (and still works at the salon two days a week.) Campbell says that her parents were both very hard-working individuals who passed along to her the honor of a strong work ethic. “The beauty industry was important, but the small business and livelihoods of a lot of people who worked there were extremely important to my parents and to the St. Matthews community. There have been so many wonderful aspects of being part of that,” she adds.

With a frank assessment of her abilities at the time, she says her level of maturity wasn’t at the optimum level for her new role. As a confirmed people pleaser, she was committed to making her father proud and succeeding for the employees and clients.

When I face a hardship, I just get up the next morning, start again and learn from it. That made me a stronger, better person when I had the responsibility thrown at me early on.”

Her management style is low-key but ever present, as is fitting for a self-described workaholic. She leads by example and expects her staff to adapt to the culture of an extremely high level of professionalism, attention to the most minor of details and outstanding care of clients.

“When you come in, everything is immaculate. The candles are lit, the water is infused with fruit that is cut just so, the lights are on in a certain way. Clients have a consistent experience every time they come in, from the feel to the smell to the sound. I’m pretty particular and I let that be known to my staff. Although I’m not a service provider, I want them to see me doing everything, whether it’s unclogging the toilet or being at the front desk. I believe I’m fair and have a good sense of when someone, an employee or a client, needs something. I want the employees to be happy and find what makes them tick. I think it shows that we take care of them from the bottom of our hearts,” Campbell says.

If someone really wants to work at Joseph’s, she gives them a shot, even if they come to her after they went to beauty school straight out of high school. “I demand a lot out of them, through a boot camp, so to speak,” she says. “Either they do it, or they don’t. When they get it and grow and mature, I love seeing that they can learn and change.”

There have been occasions, when dealing with contractors, plumbers or air conditioning companies, and sometime even her employees, when she has had to be firmer than she would have liked in order to get her message across.

“At times I may have been taken advantage of because I’m a woman, and there have been times I have given more than I probably should have,” she says. “That doesn’t bother me. I have learned how I can still be me and not have that happen. I’d rather give than get.”

Campbell is not only a savvy businesswoman, but she’s an involved mom and wife. She and her husband, Matt, who joined the team to handle financial operations, are the parents of Stella and Joseph, whom everyone calls Huck. Campbell and her husband have created a remarkably efficient system for organizing family activities. They, and the children’s grandparents, access a computer-based calendar to communicate the kids’ schedules and any family matters that need coordination.

Anticipating and embracing change has been central to her ability to grow the business. Incorporating innovative technology, emphasizing education of her staff and bolstering a team approach have been elements she has interwoven into her business model. She added a full spa to Joseph’s in the early 2000s.

“To cultivate a team-driven culture has been a bit of a challenge, but at the end of the day it’s better to all work together. When things go awry, we figure out the next best step. I feel that’s what has made us successful.”