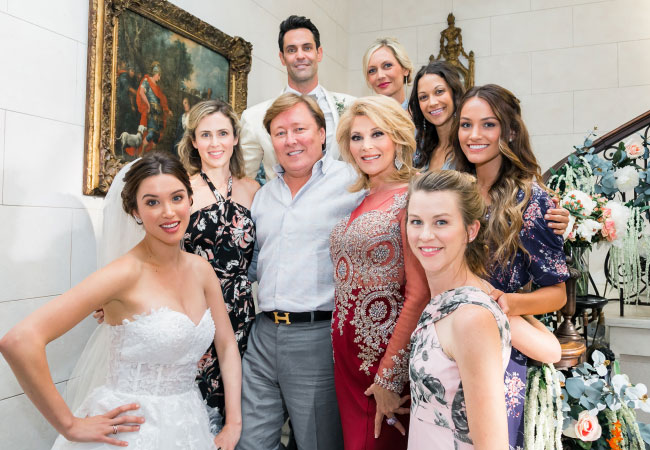 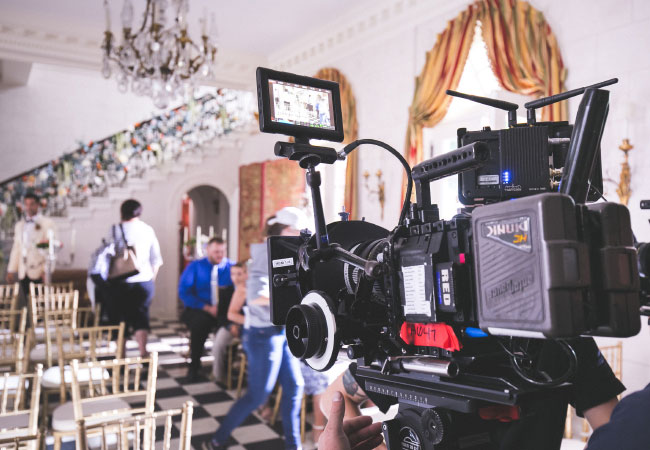 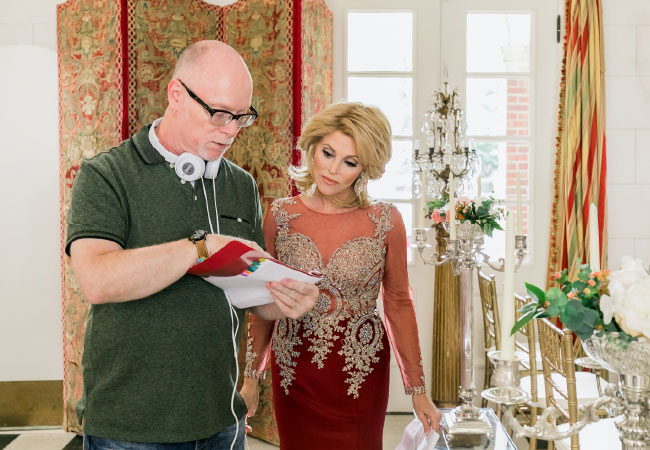 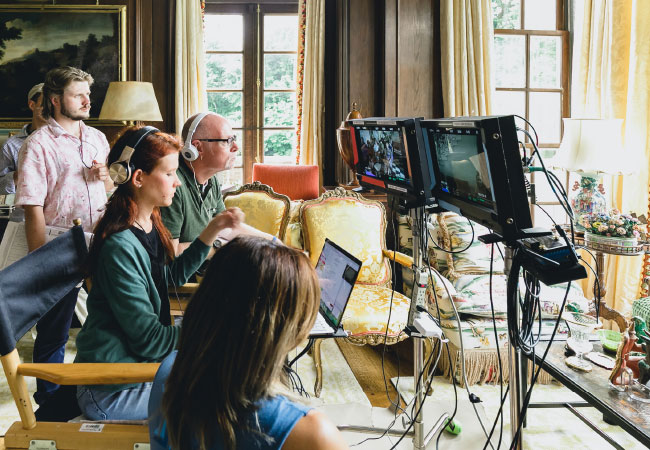 Lights, camera, Louisville! This month, we went behind the scenes of Murder at the Mansion, a whodunnit thriller filmed by a local production company at, you guessed it, Lee Robinson’s stately Malvern. Our city’s film boomlet is just another example of the arts at work.

When Zach O’Brien was a student at Fern Creek High School, he never could have imagined that he’d return one day with his husband and partner in a successful production company to film scenes in the hallways of his former stomping ground. But in a moment that could have come right out of one of his own movies, he did. “It was really weird to be back in the old gym,” he says of the experience. “It felt good to be home and to be creating jobs in my hometown.”

The couple had lived in Los Angeles and, more recently, New York, but cutbacks at the Chiller network and tax incentives in Kentucky conspired to bring the pair to Louisville to pursue their dream. “While we were living in New York, there was this trend of smaller cities becoming hot spots,” says his husband, Shane O’Brien.“I got a great severance package with the changes at Chiller and we decided to dedicate ourselves to making our own films.”

Stargazer Films was born and after traveling to Louisville for various productions, they eventually relocated and set up shop at Mellwood Arts Complex.

In addition to the film they shot at Zach’s former high school and sold to Lifetime, the couple brought several productions to the state and Louisville since—including this summer’s production, Murder at the Mansion. “There are so many advantages to filming here,” says Shane.

“You have all kinds of locations and can definitely get the southern look with farms and rolling hills and the river. But then you also have urban locations that can double as other cities if you need them to. And actors love coming here. They all know Actors Theatre.”

For the Mansion  project, the hunt was on for an imposing location that could meet the expectations set by the story and title. “The script had a little bit of Falcon Crest or Dynasty feel to it,” says Shane. “And the mansion was a huge character. We were trying to find a perfect location when Elizabeth Rollins, our production designer, told us we had to see Lee’s house. So, we set up a meeting and he gave us this grand tour and we couldn’t believe that he agreed to it. It’s like a museum and he’s the caretaker of all of these incredible furnishings and antiques. We thought there was no way he’d let us use it.”

Not only did Robinson agree to allow them to set up location where he and his family live, but he played a cameo role as a wedding planner, loaned heirloom jewelry to the cast, including Dallas alum Audrey Landers, and escorted cast and crew on field trips about town including a memorable trip to the Turf Club at Churchill Downs. his son Owsley was also featured in the film. “The cast loved it here,” says Shane. “They stayed in Nulu and they were doing something downtown every weekend. They went to Decca; they hit the galleries. They wore hats to Churchill Downs and thought it was the coolest thing. You can’t do any of that in New York or L.A.”