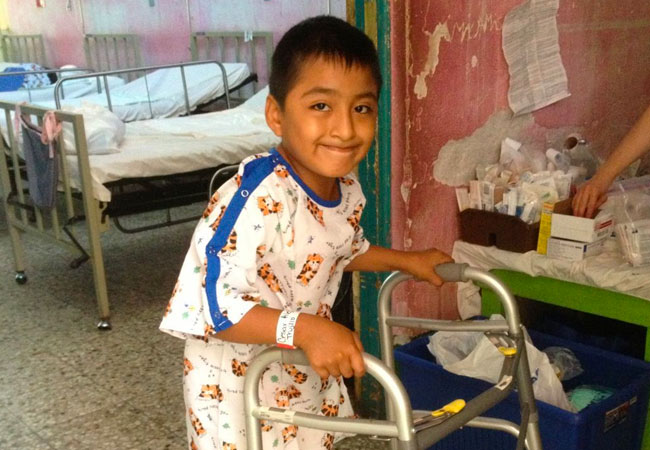 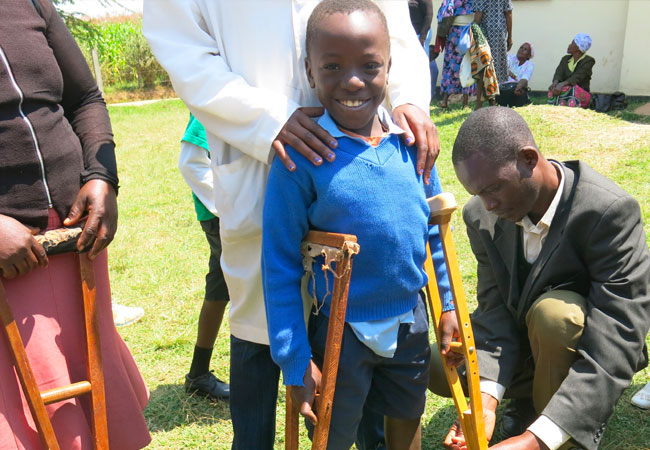 This month, Supplies Over Seas, a local non-profit with a global mission, hosts their Bourbon and Band Aids fundraiser at The Olmsted. The celebration marks their twenty-fifth year of good work and raises money to send medical supplies to some of the world’s most underserved populations.

In Louisville, excellent medical care is a given. In many parts of the world, however, people live without access to a doctor. And doctors who are available often serve their impoverished communities without supplies we take for granted—from band aids to surgical equipment.

This dichotomy exists despite the fact that cities like ours discard thousands of medical supplies away every year. “It’s the nature of our healthcare system and our regulations,” says Denise Sears, the organization’s newest CEO. “It could be that someone opened a surgical pack and only needed one item, or they’re changing a vendor and the old equipment is discarded.”

Recognizing this paradox, a group of local doctors banded together twenty-five years ago to form Supplies Over Seas, a nonprofit dedicated to the difficult task of exporting our unused but usable medical supplies to hospitals, clinics and healthcare providers in less developed and often remote regions. It’s an incredibly complicated process— from the sorting and vetting of the supplies to the packing and shipment and documenting involved in getting them through customs through arranging transportation to get the containers to these communities.

Sears came on board a little over a year ago after working with a non-profit in the West End: “I was astounded that a local group was having such an incredible global impact.” She had her own reasons for being inspired by the mission. A native New Yorker, she moved here after her daughter, Lauren Dapice, contracted MRSA and passed away unexpectedly: “I made a decision then to do work with purpose.” Sears has made an effort to sharpen the best practices of the organization and her efforts have already paid off: SOS became the sixth Medical Surplus Recovery Organization in the U.S. to receive accredidation.

BOURBON + BAND AIDS, sponsored by Brown-Forman, will include live music, bourbon tastings and appetizers and will take place on Thursday, June 21, from 6:30 to 9:30 at The Olmsted. Tickets are $60. For more info, go to suppliesoverseas.org.

In a quarter century, SOS has provided medical supplies to 104 countries including Ethiopia (teaching hospital), Zimbabwe (OB/gyn clinic) and, domestically, to victims of Harvey.  Says Sears, “We’ve done a lot in South America and Africa, but Mayor Fischer called after Harvey and asked if we could lead a community drive for Houston. Of course, we said yes.”

The Bourbon and Band Aids charity event later this month could be a celebration of their successes, but Sears is using it more as an opportunity to continue raising awareness and funds earmarked for their next expensive and essential missions.

Guests will have the opportunity to support two crictically-needed medical containers. (See box.) “The cost of getting supplies over seas is expensive- For instance, it can be as much as $15,000 to get medical items to Haiti,” says Sears. “The sums can seem daunting, but with the incredible support of our own community, we are able to deliver supplies that make safe medical care available to places that have never had it before.”

2 SHIPMENTS OF HEALTH AND HOPE

Money raised will go in part towards shipments to  two destinations:

Democratic Republic of Congo: Funding will send a shipment to a hospital in war-torn, rural eastern DRC.

MAMA SABINA COMMUNITY CLINIC:  This clinic, in rural Uganda, is the only easily accessible medical center in the area. Funds raised will help open a maternal and child ward to be named the Lauren Dapice Maternal and Child Ward in memory of Denise Sear’s daughter.