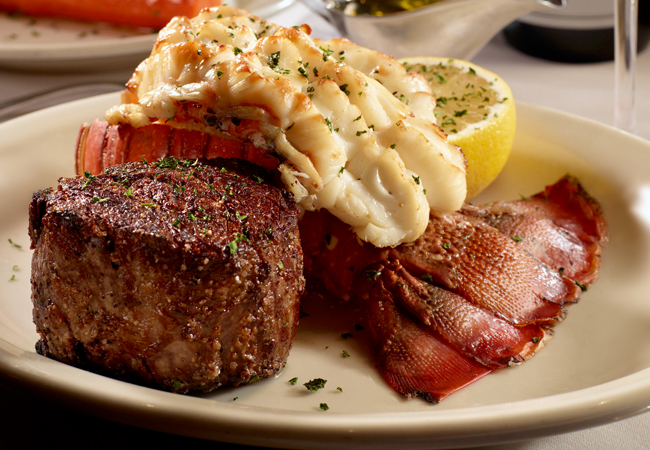 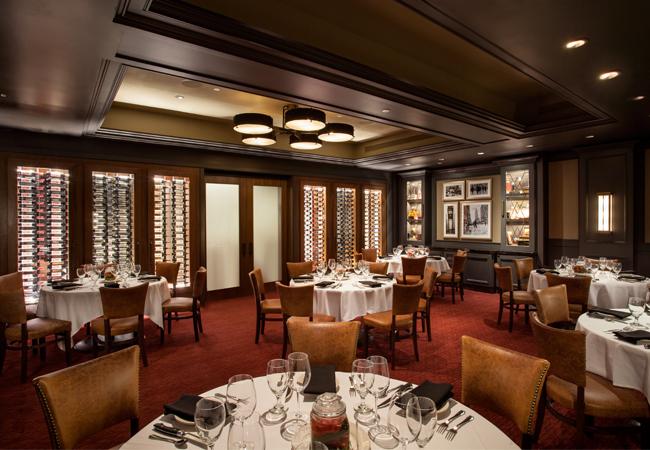 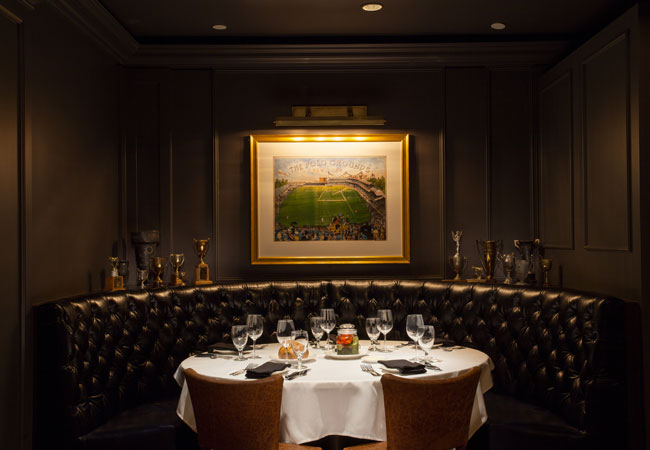 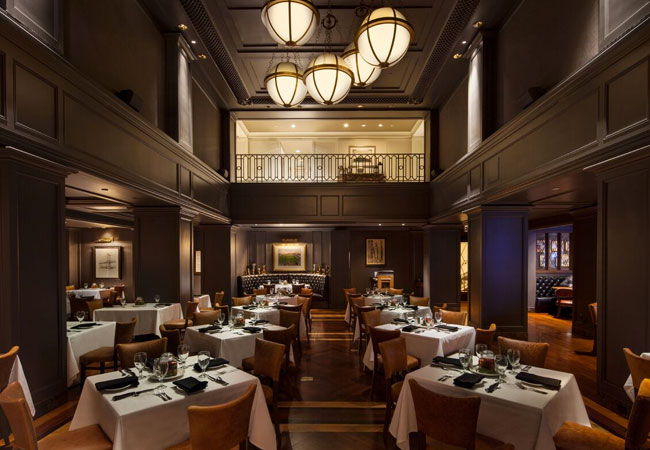 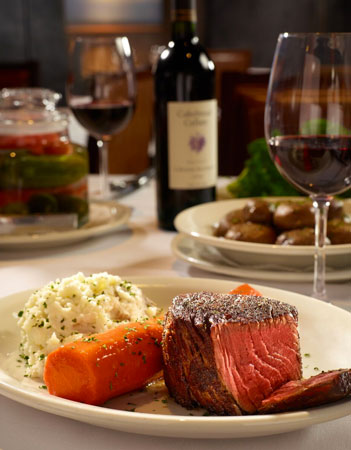 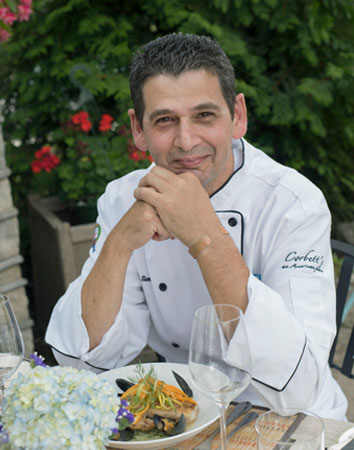 You don’t need a room to experience the ambiance of the Omni Louisville Downtown. Grab a cozy booth at Bob’s Steak & Chop House and settle in for an evening of fine dining and people watching.

In the past few weeks, Cory Givan, general manager, and Paul Sant, executive chef of Bob’s Steak & Chop House, have been two of the busiest people in Louisville as they readied the Omni Louisville Hotel for its debut.

Founded in Dallas, Bob’s Steak & Chop House has other locations in Texas, as well as in Tennessee, Florida, New York and Arizona. But Bob’s isn’t a cookie cutter restaurant that ignores the distinctive culture of the cities in which it’s located. “Each Bob’s has a tried and true recipe for success, but each location is slightly different, with menu items that reflect the city or region,” says Givan.

“Here, everything from our décor to our beverage program is heavily Louisville-centric, highlighting thoroughbred racing, Muhammad Ali and bourbon.”

He emphasizes that the tasteful décor was designed not to overload the senses. Meticulous attention to detail is evidenced throughout the hotel and at Bob’s, where servers are dressed in uniforms of black pants, white button-down shirts, black bow ties and bistro aprons.

Totally immersed in the menu and culinary direction of Bob’s, Chef Sant anticipates locals and guests to the city will be buzzing about dishes such as the Côte de Boeuf, which is a 22-ounce bone-in ribeye, the T-bone, smashed potatoes and glazed carrots. “And it’s all in a spectacular, comfortable setting that has a familiar character with features like bourbon barrels that appear to be protruding through the wall,” he says.

Unlike most Bob’s restaurants that have extensive wine lists, the local outpost will have a more modest list that will be naturally expanded as the clientele’s preferences dictate.

Perhaps no one is more excited about Bob’s Steak & Chop House than is Sant, who says, “There was that aha moment when I walked in and thought, wow, I’m going to be the chef at Bob’s. It is magnificent.”

The Inside Scoop with Chef Paul Sant

The road to becoming a top tier chef can be a rocky one. Why did you set out on that road?

I went to an all-boys trade school and was one of a handful of students who went on to a culinary apprenticeship. Oh, my goodness, the first task I did was peel carrots. I thought I had reached the pinnacle of my life. It was utopia. Bob’s has iconic peeled carrots as a staple. So here I am; I have come full circle.

All eyes will be on the Omni and on you as chef at Bob’s Steak & Chop House. That will be intense for you. What keeps you grounded?

My wife and daughter. They keep it real. I go home and try to brag about something and they quickly tell me where my place in line is. There are three of us in the family and I’m third. Work is work. I try not to take work home, but the reality is that we all do. That’s one of the nice things about Bob’s. We’re closed on Sundays, so there’s family time for me.

You have cooked in restaurants around the world. Why Louisville?

I’m a big fan of the city. There’s a mystique about Louisville. It’s a very easy place to call home. Look around any corner and there are great chefs to be friends with and to compete against. There’s talent here you don’t see in other mid-size cities. You make a mistake here and people won’t give you a second chance because there is so much out there.

Who would you most like to see walk in the door at Bob’s Steak & Chop House?

What’s the best cooking advice anyone every gave you?

To keep it simple. I don’t think you need 13 or 14 ingredients in any dish. Work with the main ingredients and solid flavors so your tongue and palate don’t become confused.

After a long day in the restaurant kitchen, what might you crave?

A burger or a slice of good pizza.