WE'RE IN THE MONEY 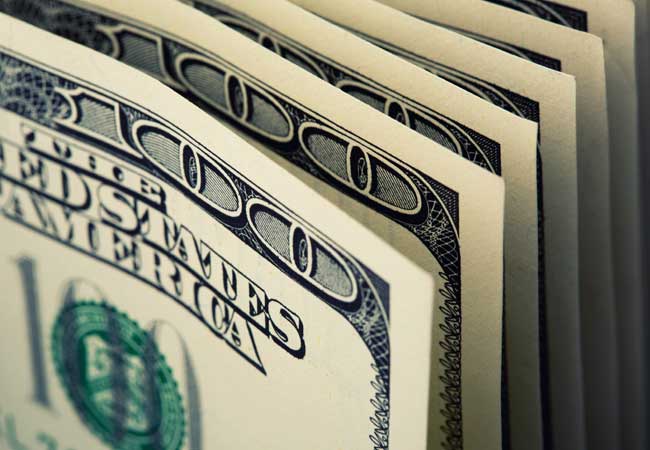 Click through the photos for the numbers that might make life better for local residents including you. 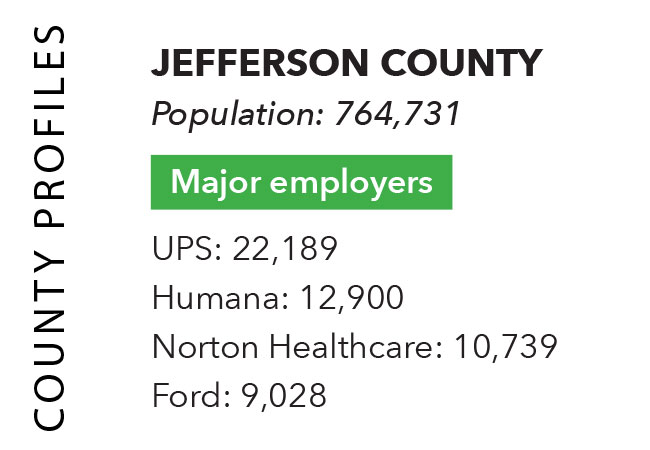 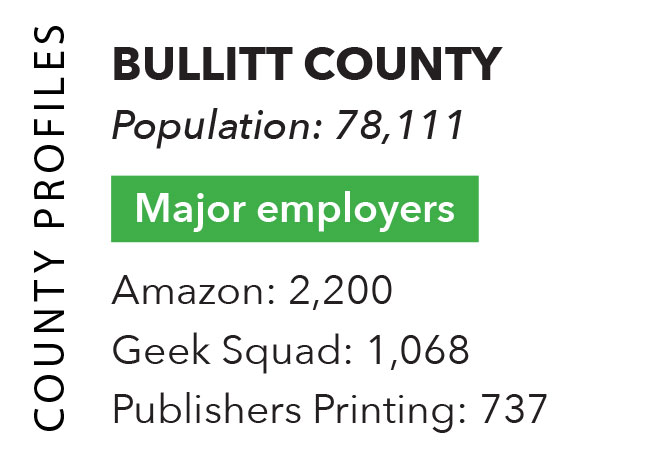 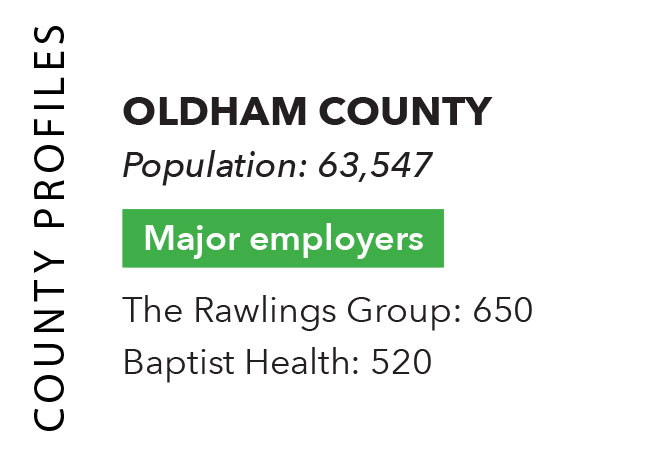 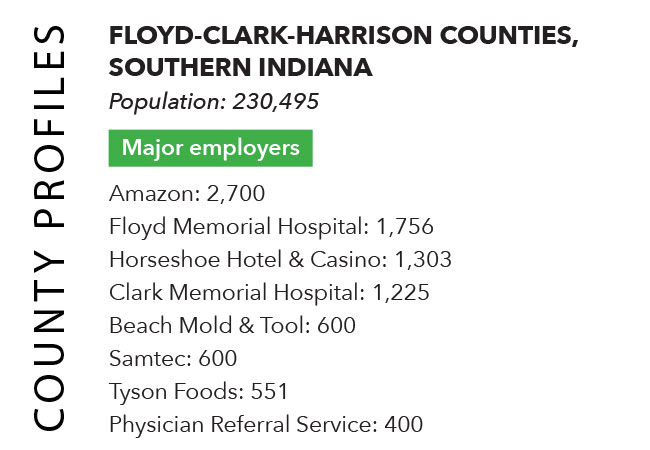 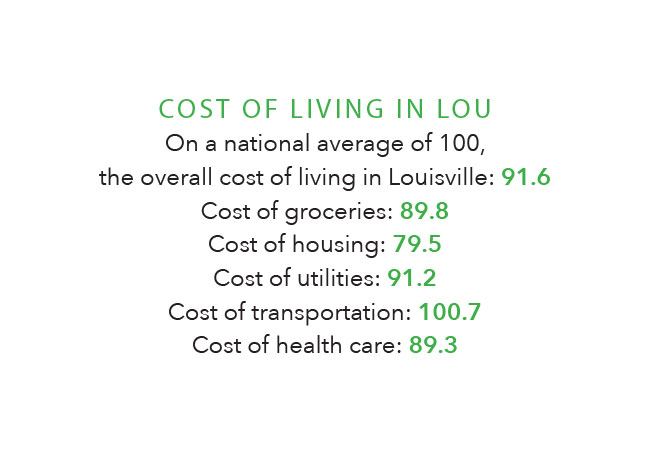 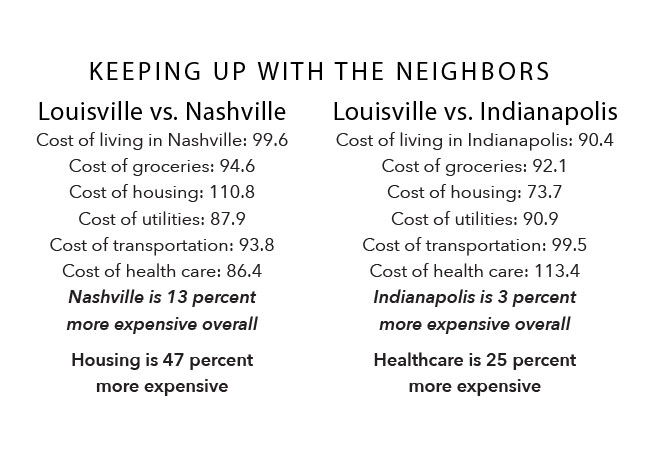 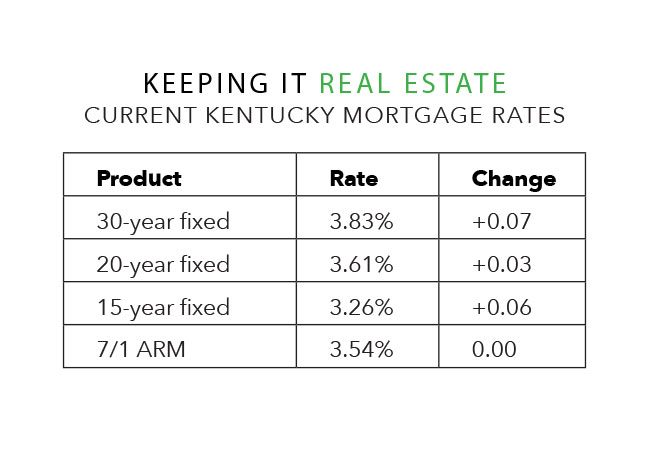 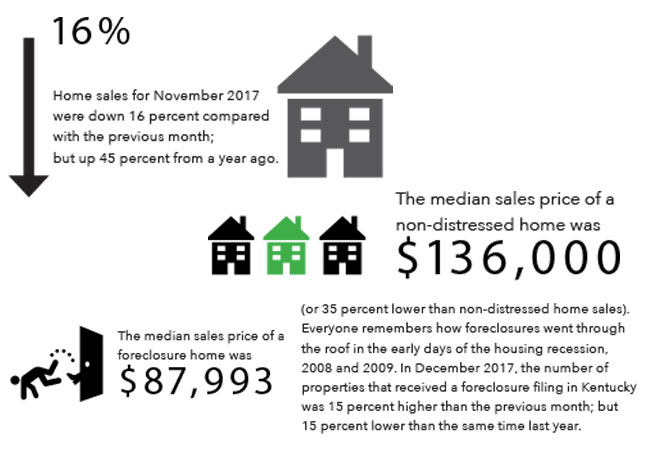 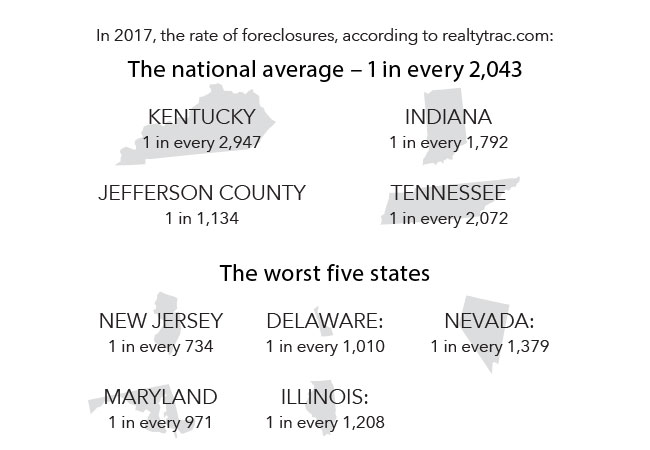 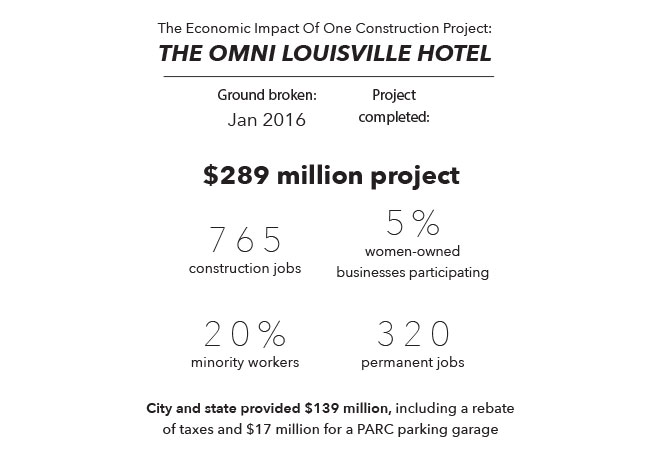 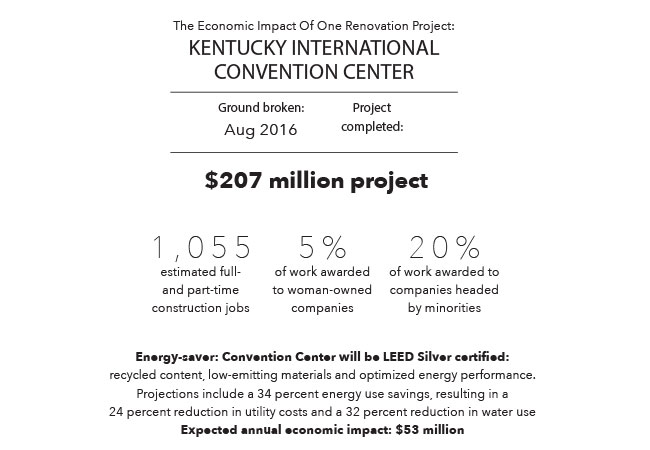 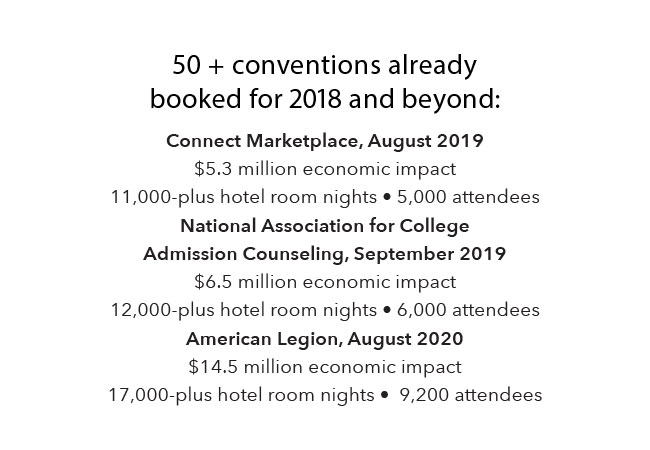 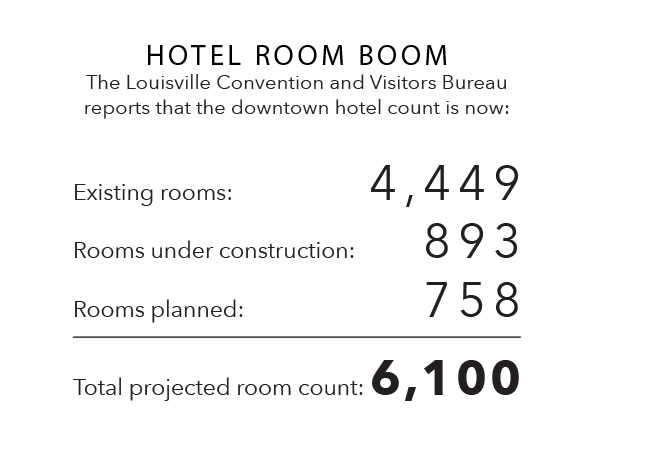 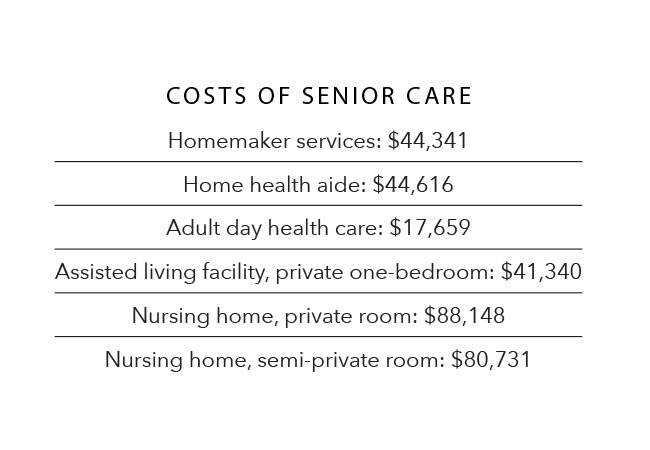 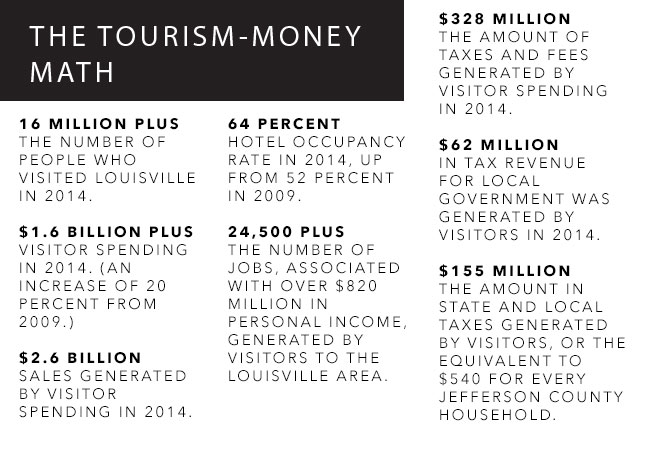 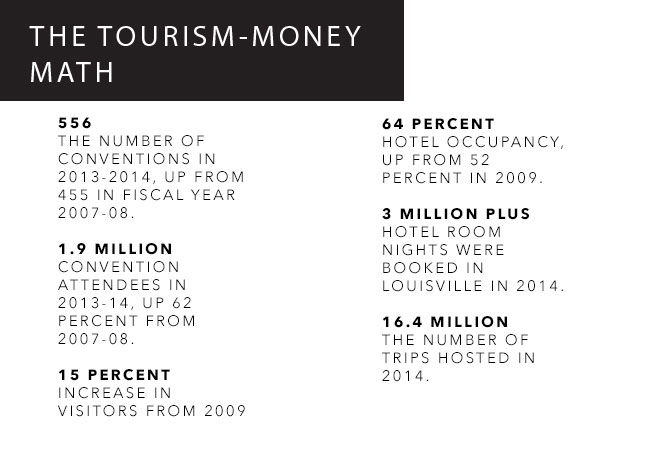 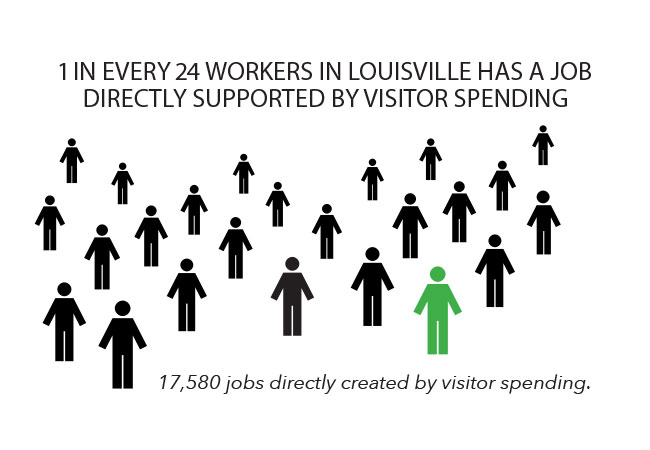 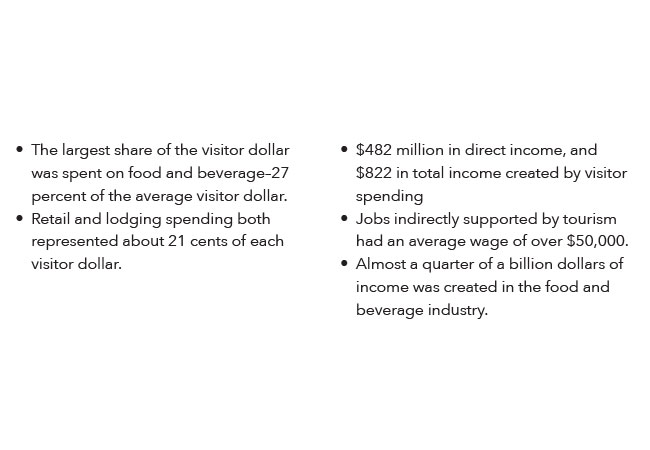 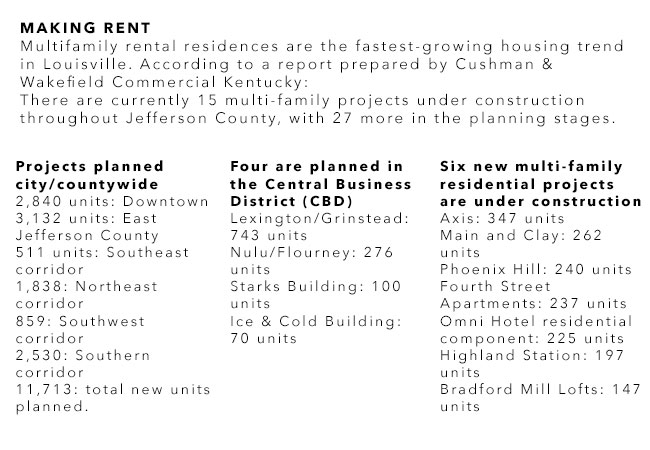 Louisville is on an economic upswing. This city is building, expanding and hiring. Here are some encouraging economic benchmarks.

In June 2017, Forbes magazine rated the Louisville metro area Number One in manufacturing growth of all cities across the nation.

“Since 2011,” said the article, “manufacturing employment in the metropolitan area has expanded 30.2 percent, to a total of 83,300 jobs, led by a resurgent auto industry that accounts for 27,000 jobs in the area.”

Most of us have read about the new Omni project, plus other new downtown hotels in the works. Most of us are aware of the major renovation project of the Kentucky Convention Center. Most of us who drive around the city are aware of – and inconvenienced by – all the multifamily construction developments.

All this expected growth would seem to bode well to everyday consumers, by the “rising waters lift all boats” principle.

He was bullish about the current investment market, because of the new tax regulations, which for the most part lowered the corporate tax rate from 35 percent to 21 percent.

“It doesn’t take a Harvard genius to realize that’s an additional 14 percent to corporations’ bottom lines,” said Roberts. “So, they keep more of their money at home, which increases their revenues, and many have even started passing those increased revenues on to the consumer. When consumers get more money, they’ll spend a portion of it, which is good for the economy.”

He says most earnings reports are good, companies hitting their numbers, so there’s a positive growth outlook.

Yes. International turbulence, for one. “Who can predict what the guy in North Korea, or the folks in the Middle East, are going to do next?” Roberts wonders. “So far, for the most part, the market has been resistant to all that turbulence.”

“One concern I have is our $21 trillion debt,” he said. “What if China decides not to invest in our Treasury bonds? Or something crazy goes on there? Or we have inflation or hyperinflation, and can’t carry the debt load?”

Roberts also notes that more and more baby boomers are reaching retirement age. And sometimes, these ultimate consumers are finding they have to spend that money on healthcare and nursing homes instead. “With the number of people about to come through the system, if they don’t have the money to pay for the cost of care in these assisted living and nursing communities, where’s that money going to come from? It could wipe out a generation’s worth of savings.”

Everyone has been go-go-go the last few years, taking a lot of risk for the expectation of high yields. But Roberts tells clients that they have to have a plan that provides a paycheck if the bad times happen.

“The past few years, there’s been a tremendous amount of investment money in high-dividend portfolios and U.S. blue chip stocks,” he says. “Previous generations wanting security would have taken their money to the bank. Safe and secure, enough for their desires, and they slept well. Today, take that same money to the banks and they’ll pay you 0.5 percent. So consumers are driven to the stock market, where they have to take risks if they want any kind of return at all. However, with the high-dividend yield from some of these recognizable blue chip stocks, you get a three or four percent dividend, even if the return is flat. It’s pretty good and fairly safe. Safer than investing in something you have no clue about, or a commodity you don’t completely understand.”

“Yes, everyone wants to diversify. So they’ll say, ‘I want some Fidelity, but I also want some Vanguard and maybe some Templeton. And they think they’re diversified. The reality is, surprise! All these funds are invested in exactly the same things.”

The yellow money is managed carefully, “so we can cash in some chips if we see storm clouds, without losing the house.”

And the green? “You have to have a plan that provides a paycheck if the bad times happen, so you can sleep at night.”