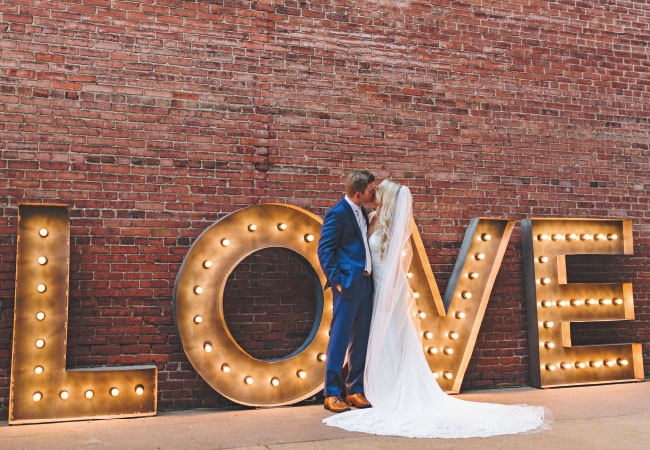 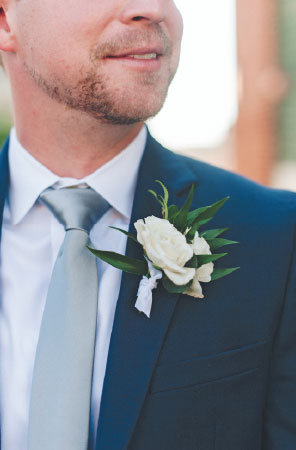 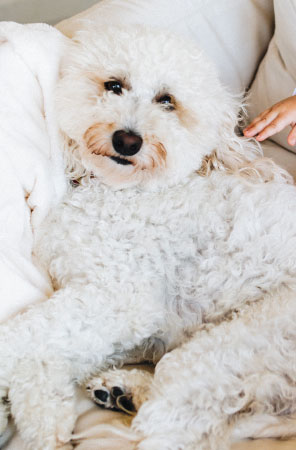 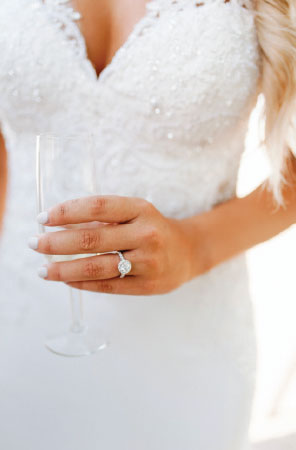 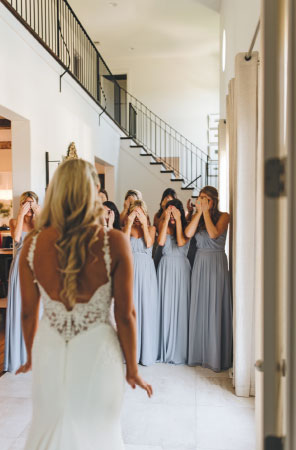 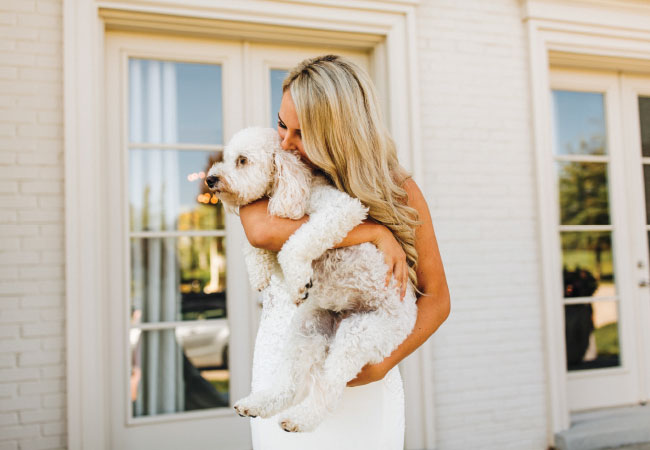 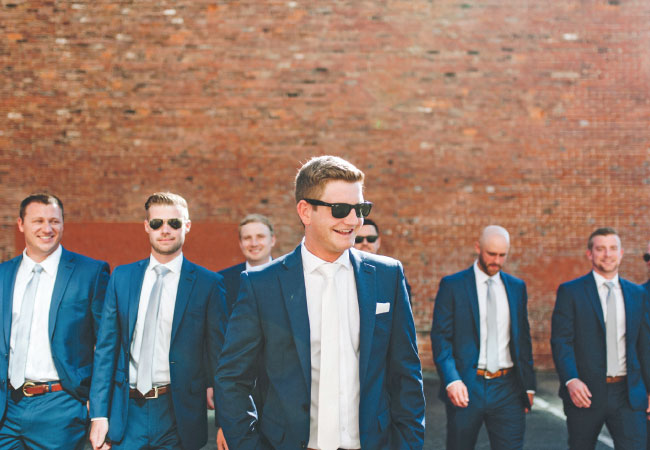 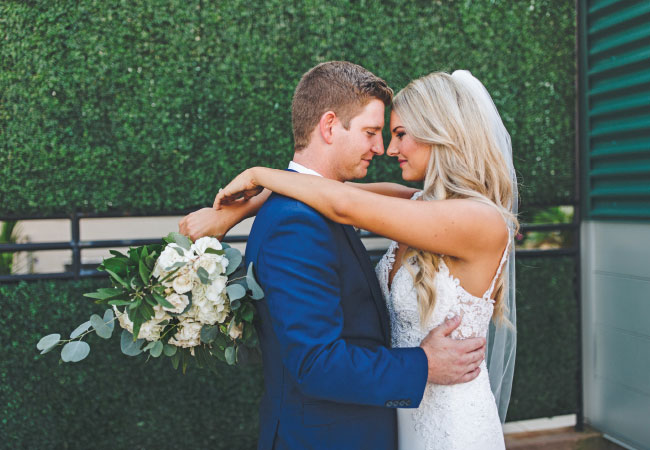 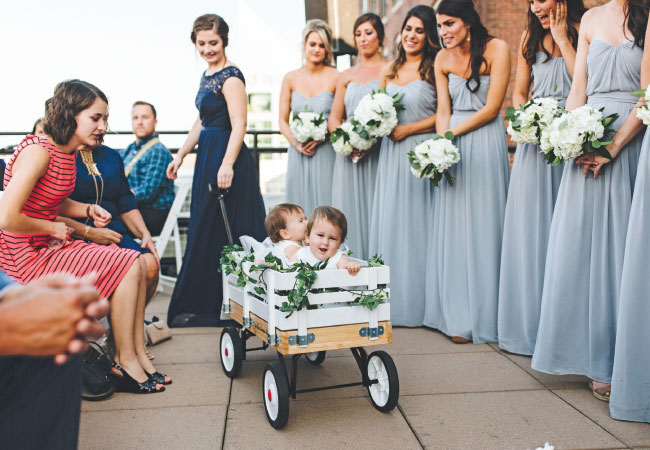 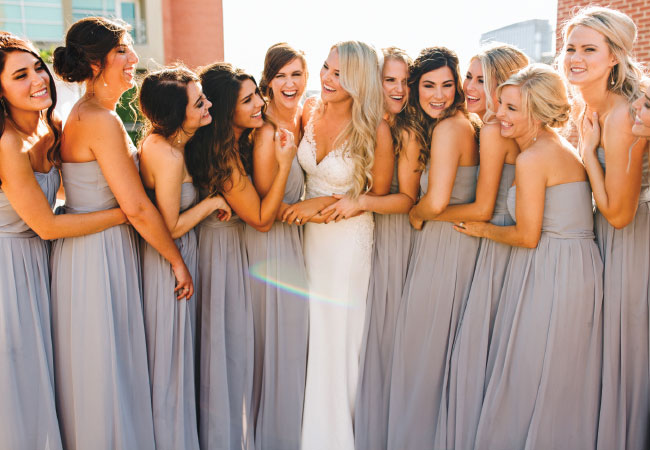 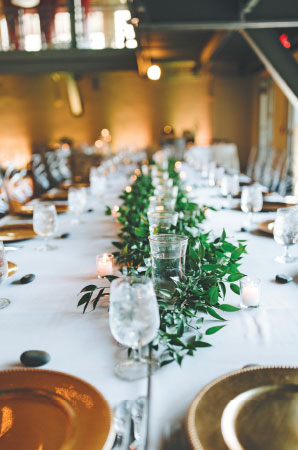 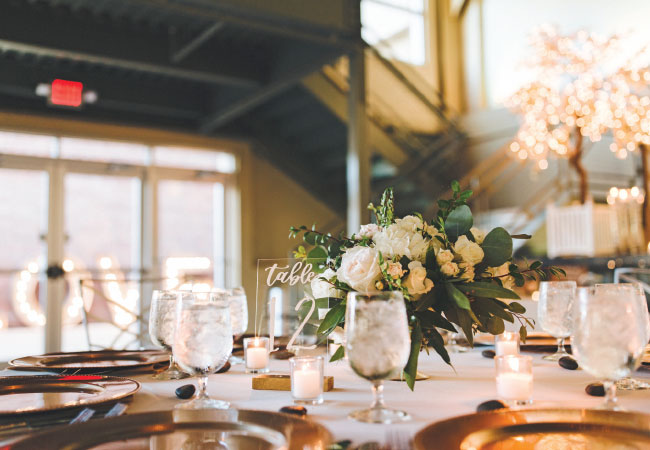 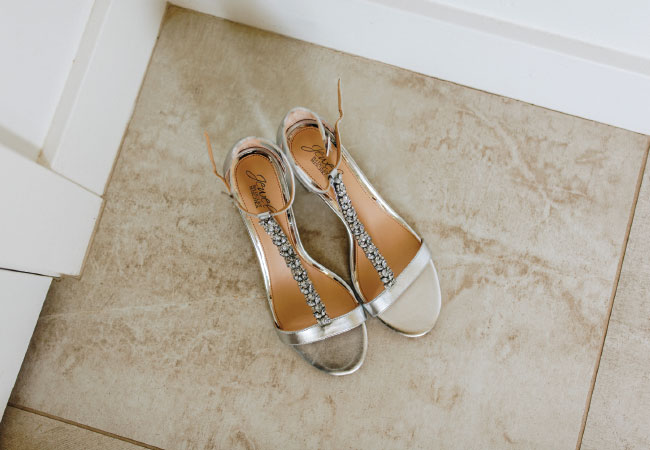 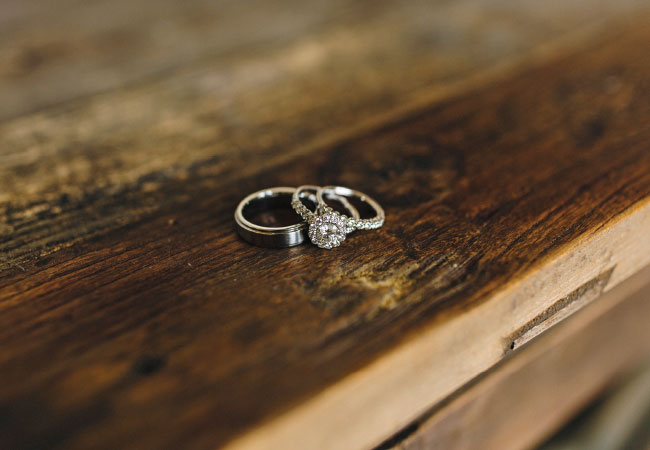 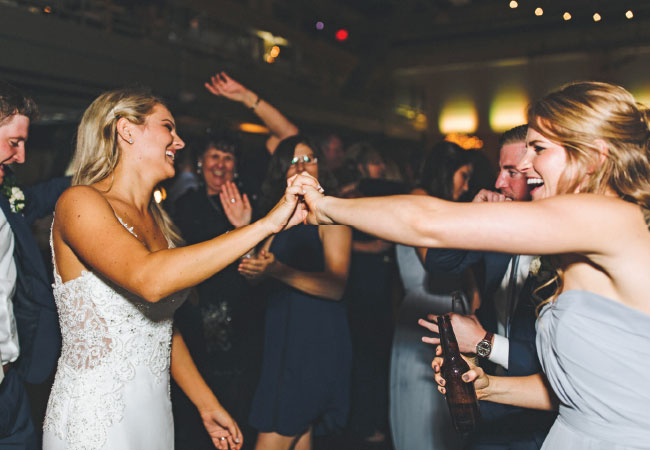 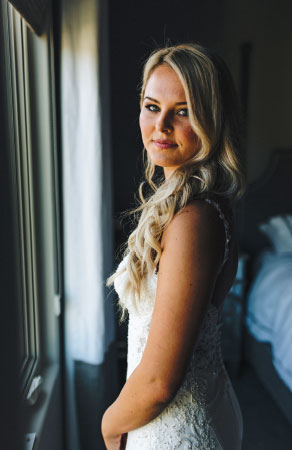 This stress-free bride and her high school sweetheart planned the perfect rooftop wedding, without a backup plan.

Maybe their meeting, at North Oldham high school, was a harbinger of the happiness to come. “We met through mutual friends when I was a freshman and he was a junior,” says Spencer. “I basically walked up to him and said, ‘You’re Tyler Freeman’ and ran off laughing. But we just hit it off right away.”

The pair dated on and off (mostly on) for eleven years. “I think I was a junior in college when we started talking about getting married. We just kind of knew we were going in that direction.” Despite their long history, Tyler managed to surprise her last year with a proposal that could have been a scene in a movie. “My mom’s friend took a bunch of us out on her boat for a girls’ night,” says Spencer. “We docked at Captain’s Quarters. And when we pulled up, I could hear this local musician, Taylor Rhea, singing that song by Train, ‘Marry Me.’” When she got out and started walking up the hill, Tyler started walking down the hill towards her. “I actually said, ‘What are you doing here?’” she laughs. “And he said, ‘Don’t freak out…’ and then he got down on his knee and proposed.”

Tyler had planned the proposal the way some people plan a wedding. He had rented the pavillion on the hill and invited family and friends. “It was like an engagement party,” says Spencer. “He had planned it for months.”

After the dream proposal, their wedding fell together easily. “He proposed on October 15th and by November, we had the dress, the venue and the photographer.” The dress was actually the first one she tried. “I found it at Rebecca’s— she’s a family friend,” says Spencer. “All I knew was that I wanted a train. They came out with one; I tried it on and that was it. I tried on four others just to humor everyone, but my first dress was The One. I loved it and I was done.”

The couple chose the Ice House for the ceremony and reception. “Tyler’s sister is the event planner there, but we would have chosen it anyway,” she says.

“We love that it’s modern and a blank slate and they have the rooftop, so we could do the ceremony and reception there.”

Spencer’s mother, Donna Outlaw, designer and co-owner of Dwellings Interiors, added a few decorator flourishes, “but she really let us do our own thing,” says Spencer. Some of their touches included champagne served on silver platters before the rooftop ceremony, painted rocks as place cards, a Motown band from Atlanta, KFC buckets filled with local swag— and, yes, TOPS magazines— for out-of-town guests. Her mother surprised them with an impromptu performance of her favorite song “Proud Mary.”

As for her favorite moments? “My father died when I was fourteen, so my brother walked me down the aisle,” she says. “He gave the most beautiful toast I’ve ever heard. He had everyone in tears. And, during the ceremony, our officiant asked us to turn around and face our family and friends. We got to look into the crowd and see the individual faces and memorize it all. To see all of the people who came to support us, that was a highlight for both of us."