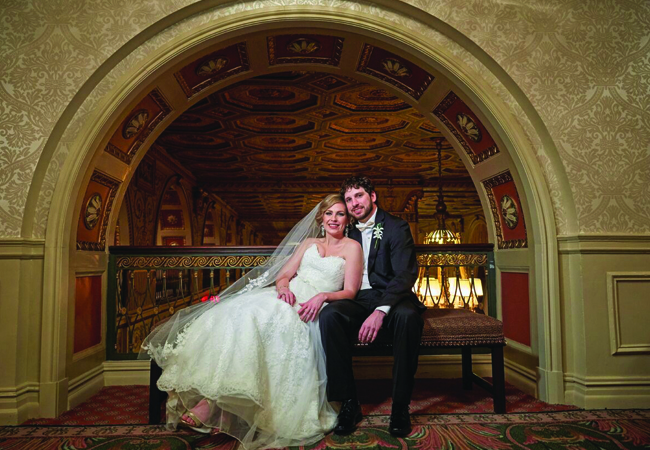 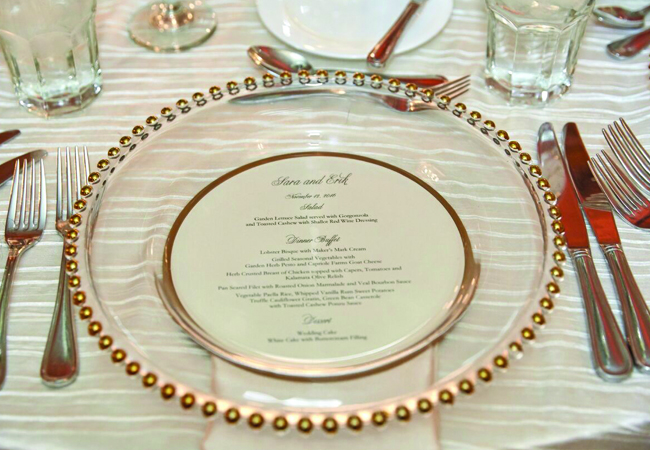 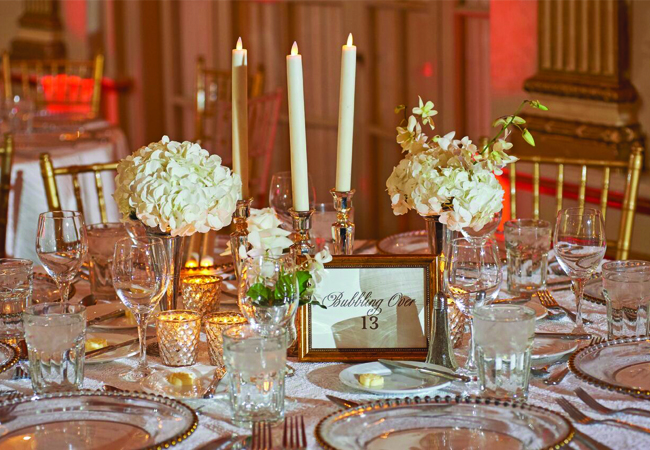 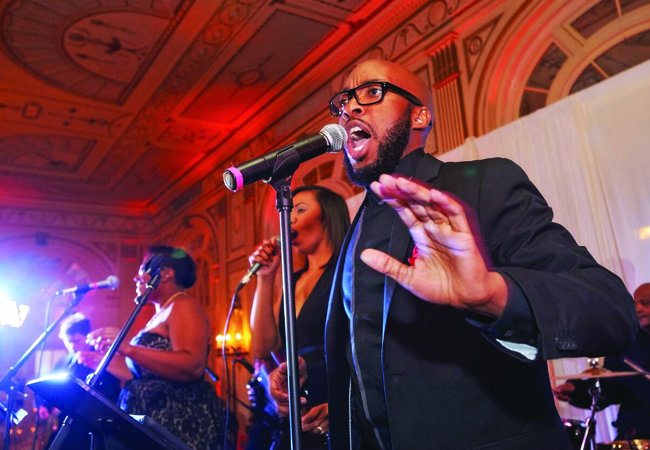 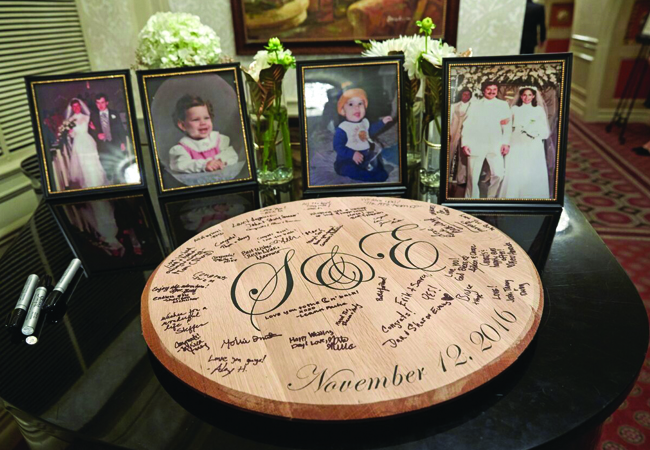 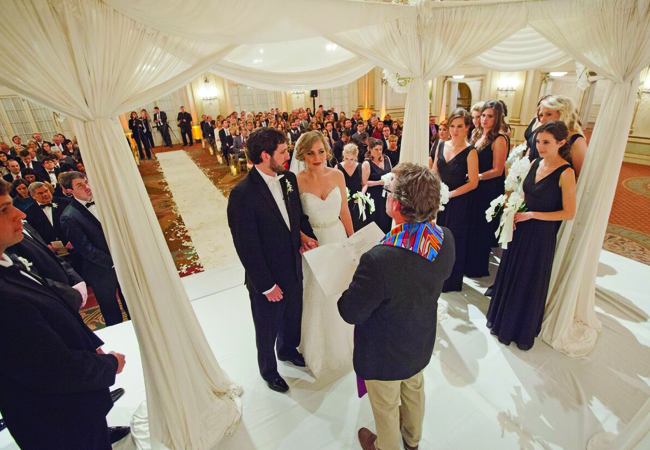 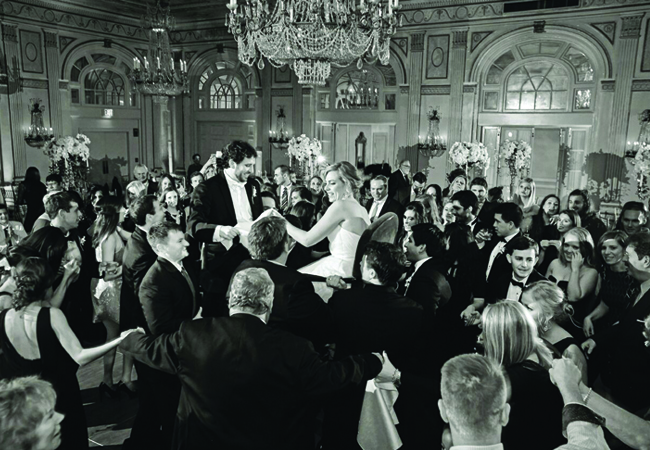 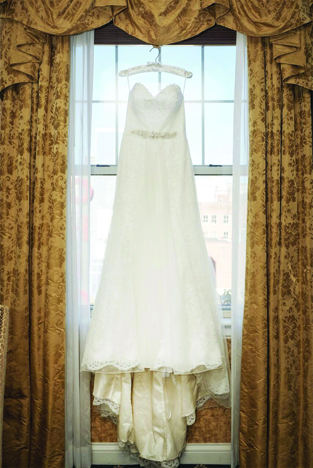 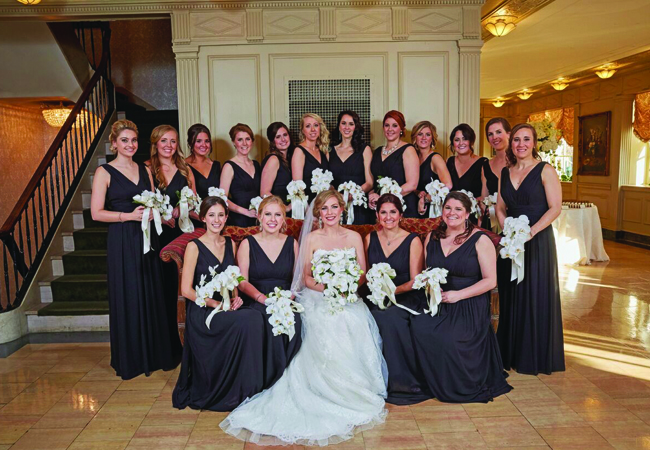 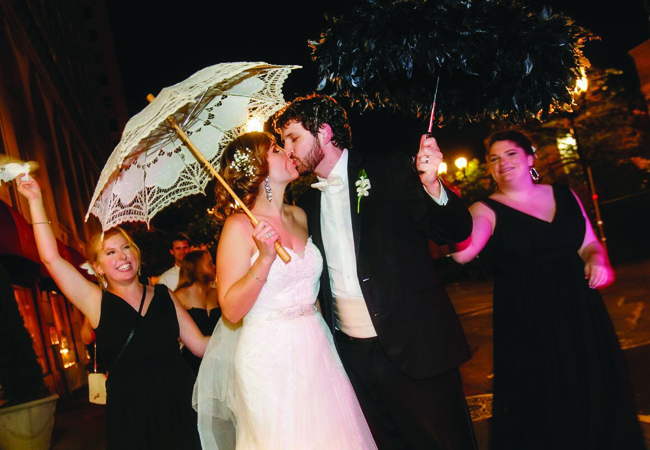 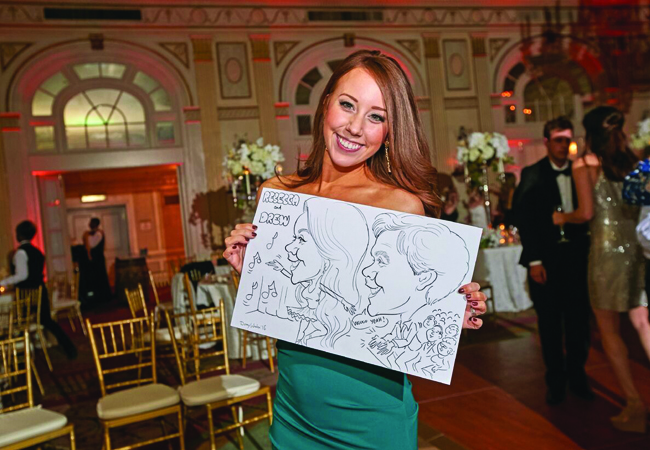 After falling in love almost at first sight, Sara and Erik Sanders dated for six years before he popped the question. “We met at Rhodes College in Memphis,” Sara says. “We got to know each other through intramurals—he played basketball and I was scorekeeper!”

The couple began dating during her sophomore year (his senior) and continued after Erik’s graduation— when he moved to Louisiana to attend law school at Louisiana State University. During the next five years, they continued to date through semesters abroad and Sara’s move to New Orleans. The subject of marriage often came up and so did the subject of wedding location: “The first decision we made was that our wedding would be in Louisville— this was decided before the actual proposal!” says Sara.

That moment came on Friday, November 13, 2015. “My parents were visiting from Louisville,” says Sara, “and we had decided to spend Thursday and Friday in New Orleans,” she says. “I thought Erik and his parents were going to come meet us for dinner and drinks, but Erik arrived early and surprised me in Jackson Square near the hotel where we were staying for the weekend. My parents and a couple of friends were there to congratulate us, and Erik’s parents met us to celebrate!”

They quickly settled on a date and chose the historic Brown Hotel as their venue. “Convenience for our guests was a huge factor since most of our guests were from out of town and many had never been to Louisville,” says Sara. “Having the wedding ceremony, reception, and room block at the same venue was very convenient! Many of our guests told us how convenient everything was for them throughout the weekend, and we are so grateful the Brown could make all of that work for us. The rehearsal dinner and welcome party were held next door at the Marketplace Restaurant allowing for a different ambiance while preserving the convenience factor.”

While Sara’s mother had to do a lot of the legwork and appointments, Sara helped with planning on short trips home. “We had such special relationships with each of our vendors, and they were so accommodating in the planning with us being out of town and needing to cram everything in on one or two days at a time.”

She and Erik also decided early on that they wanted to have elements representative of both Louisville and New Orleans emphasized throughout the weekend.  Erik’s mom used fleur de lis Mardi Gras style beads as favors for the guests at the rehearsal dinner, their send-off was a parade led by a second line brass band, and wedding favors were koozies and second line handkerchiefs. They had Louisville-themed elements beyond the location— naming the tables at the wedding after Derby winners, using a bourbon barrel head as a guest book, and using KFC buckets to hold all of their “room drop” goodies. (These included a variety of Louisville-made products including Modjeskas, Ale-8-One, bourbon balls and horseshoes.) Most important to Erik was his groom’s cake.  “Melissa at Louisvillicious created an incredible 3D Lynx cat cake per Erik’s vision,” says Sara. “Rhodes’ mascot is the lynx, so he knew he wanted that to be the focus for his cake from day one.”

"Convenience for our guests was a huge factor, since most of them were from out of town and many had never been to Louisville."

There were special moments during the actual ceremony too, which was a mixed faith Christian-Jewish service. “Our officiant, Jud Hendrix, assisted us in creating a very personalized ceremony that involved some Jewish customs and a Christian prayer,” says Sara. They had two literary readings about marriage and relationships, and Erik’s aunt said some words about the couple in place of a homily—a very personal and touching element during an otherwise short-and-sweet ceremony.  The ceremony closed with Erik’s Uncle reading the Shehecheyanu, a Jewish blessing, and Erik breaking the glass followed by a collective, “Mazel Tov.”

“It was not very traditional, but it was very us,” says Sara. There were other unique touches throughout the evening. For the reception, the couple hired a caricature artist instead of having a photo booth.  They also had an ice bar that served only champagne and a draft beer bar comprising a tap behind two bourbon barrels and a table top.  “At one of the two main bars, one of the bartenders had his fingers stained red from making old fashioned cocktails all night,” she says.

As for Sara’s advice to other couple’s planning their big day? “Decide early on the things you are willing to compromise on and those other things that are very important to you,” she says. “Schedule time to plan and stay organized and be a little selfish in the planning. You won’t be able to accommodate everyone and you will make yourself crazy trying.”