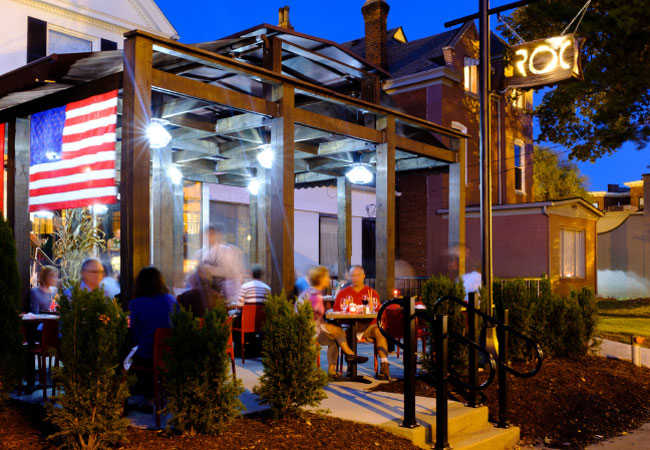 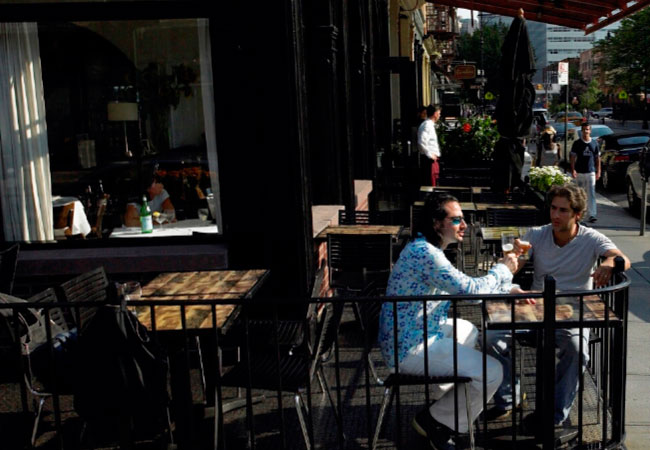 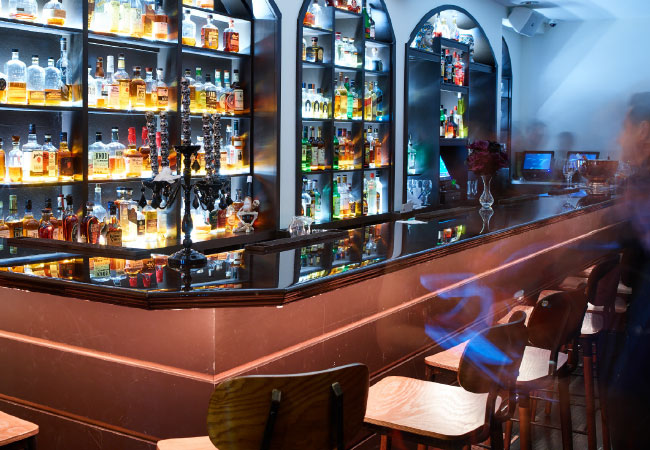 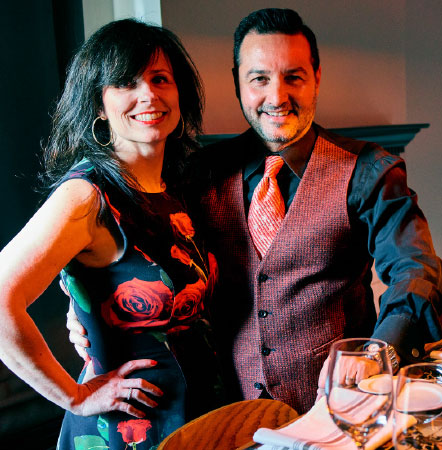 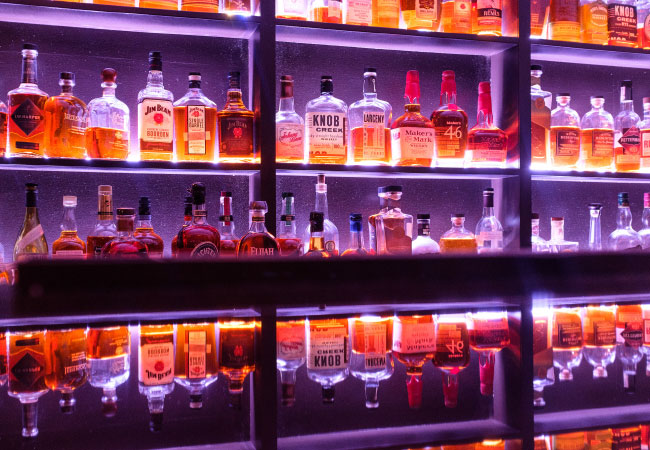 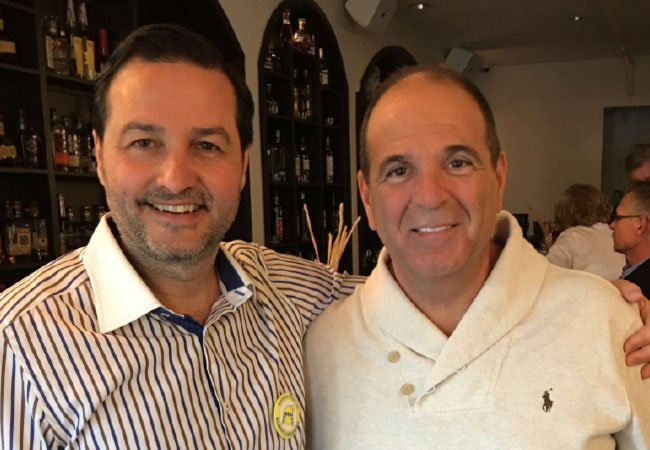 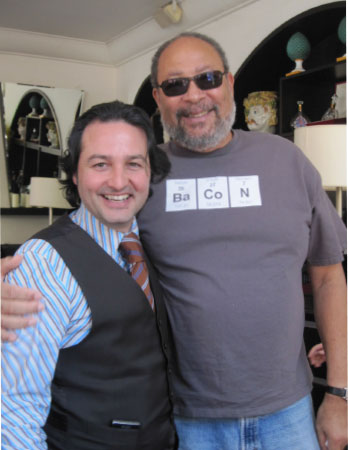 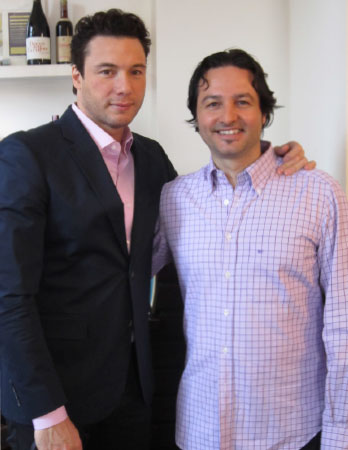 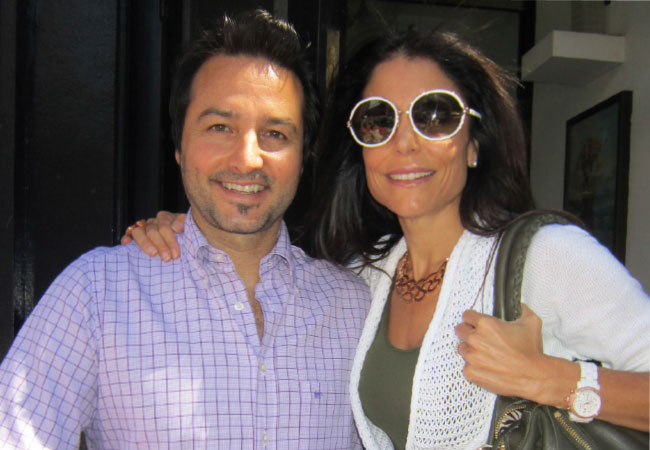 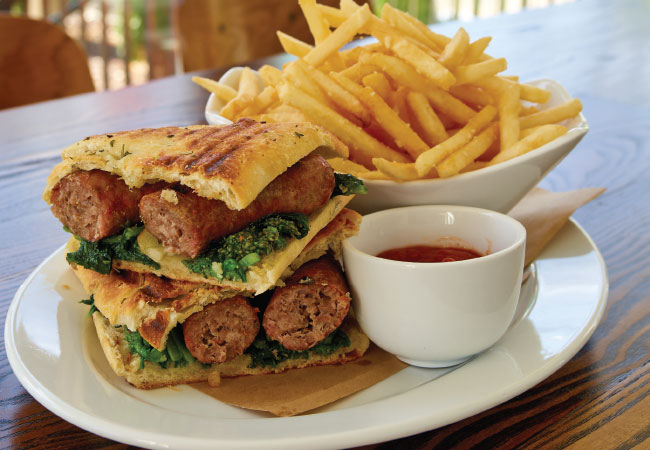 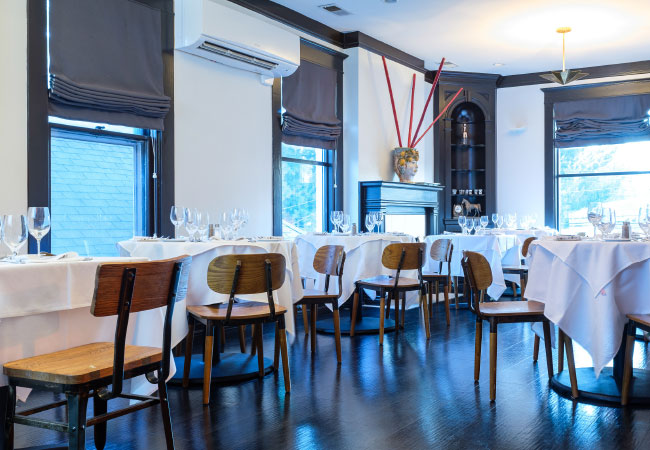 You probably won’t bump into former clients Robert DeNiro, Gwyneth Paltrow or Jay-Zee at ROC on Bardstown Road, but you may feel a little bit of the stardust brush off on you.

From the Tim Dixon diamond solitaire light fixtures on the patio to the gleaming, custom-designed bar, to the soft blue and lavender private dining rooms named after daughters Alessia and Sofia, this jewel box of a restaurant is carefully filled with a deft blend of both the impeccably-chic and the intensely personal. There are no fake Italian family photos here. But there is, however, a framed copy of a New York magazine article featuring ROC. And an Italian grandmother’s cookbook by Food Network chef Rocco Dispirito (a ROC Tribeca fan) featuring Rocco’s grandmother.

ROC is, in a word, authentic. From chef Giovanni Tenace’s sinfully-delicious homemade pasta to the flaming and near-famous Cacio e Pepe (pecorino romano and spaghetti) prepared tableside by none other than Rocco himself to the unforgettable Tiramisu. “I’m old school,” announces Rocco.

“The food here is fresh and made from scratch and that’s the difference. Giovanni, every morning, takes the huge bones, throws them in a huge pan to make his own stock…. The difference is it’s all real.”

That’s not surprising since it is the latest baby (after two daughters and successful restaurants in both Tribeca and Brooklyn) of a couple who’ve earned their stripes in the restaurant and hospitality industries and don’t have to rely on an ounce of artifice or pretense.

Their romance is a classic New York love story. Stacy was a concierge at the swanky Essex House on Central Park South and Rocco worked front of the house at legendary Elio’s. “I used to call him to try to get tables for guests, because no one could get into Elio’s,” says Stacy. “One time, it was Valentine’s Day. And it’s 7:30 and Brad Pitt and Gwyneth Paltrow walk up and ask if we can get them in. Rocco said we could squeeze them in in twenty minutes.” (By the time the couple left, they were naturally “old friends” with Rocco. In fact, Paltrow became a regular when he opened ROC in 2000.)

On another hilarious occasion, Stacy wound up calling on Rocco to chaperone hotel guest Michael Jordan to the train station in a town car. “He wanted to stop at Tiffany’s to buy a present,” says Rocco. “It’s Christmas time and it’s crazy. I say to the driver, ‘Pull over. We’re getting out.’ And, here I am, and I’m not so tall, and I’m guiding Michael Jordan through the crowd and keeping everyone away. I said, ‘I got this!’”

And, it’s true. He has this. Whatever this may be. Whether it’s your romantic dinner, your family brunch, your birthday celebration or a retirement party. “Party is my middle name,” Rocco says. While their educational credentials are impressive (Rocco went to restaurant management school in Switzerland and Stacy got her hospitality degree in New York), the entertaining also comes naturally.

Growing up in Sorrento, Italy, Rocco was a charming little boy who would have his grandmother and mother in hysterics while he was helping in the kitchen— peeling garlic, dicing onions and tomatoes and soaking in an incomparable education in Italian cuisine. “My mother and grandmother were fantastic cooks,” he says. “And it was just natural for them. They cooked beautifully without recipes with fresh ingredients and they made incredible food and incredible meals. What my mother would make for me with leftover spaghetti… The next morning, she would make this little crust out of baked spaghetti that was just perfection.” (It now appears on the brunch menu as “Concetta’s brunch” spaghetti al burro with sunny side up eggs.)

Now, at ROC, Rocco skillfully combines his lifelong love of food and his passion for parties. “I will bring a dead party to life,” he says. “You can have people come in my restaurant, all sitting like this, all nervous and I make sure they’re blasting the music and they shake a little bit, because that was not a fun party. That’s a talent! You cannot make a party if you don’t have it.”

To allow his customers to have exactly the kind of party—big or small, corporate or private, elegant or over-the-top, he has given meticulous attention to entertaining details in a way only a true party animal could do. ROC has two smaller private rooms upstairs named after their daughters—one for parties of six to eight, one for parties of ten to fourteen— each with different, beautiful hand-made tables and stunning light fixtures that make it appear as if you’re spending a fortune even when you’re not.

They have a third small room with a long communal table and can fit 80 in the upstairs dining or 150 if you take over the whole place. There are gigantic pull-down screens both upstairs and at the bar for presentations, slide shows or sporting events and an incredible sound system. Not to mention, of course, the food; the extensive wine, bourbon and cocktail offerings and the services of Rocco himself. “I mean, I could come here tonight, by myself, with one table and make these people all stand up and dance,” he says. “Let’s do it.”

Weddings, first communions, retirement parties, Stacy and Rocco have done it all over the years, and, every time, they do it with genuine gusto and enthusiasm. But they’re just as excited to be seating guests for dinner, lunch and now brunch at their Bardstown Road eatery. “What we really want and what we’ve always tried to be for our customers is a place where they feel comfortable coming regularly... and coming to celebrate,” says Stacy. “We want to be their dining room.” Her husband puts it this way: “I had a longtime customer once say to me, ‘Truly, I can remove my kitchen from my house because you are my kitchen,’” says Rocco. “To me, that is the ultimate compliment.”

Party at the ROC

Whether you’re thinking small—six to eight—or over a hundred guests, start with a phonecall. “You should come in, see the space and let’s talk about budget,” says Rocco. “We will try to figure it out so you can have it here. At the end of the day, if you make your calculation, it will cost the same as shopping and cooking yourself. And we do all the work! And we have the service, the food and the atmosphere.”

If you don’t have your own occasion, pop into one of their many parties and events. There will be Santa brunches, a New Year’s Eve party, and next year, Carnivale and Disco Brunch. Go to rocrestaurant.com for more info on lunch, brunch, dinner, parties and their after-hours weekend lounge.