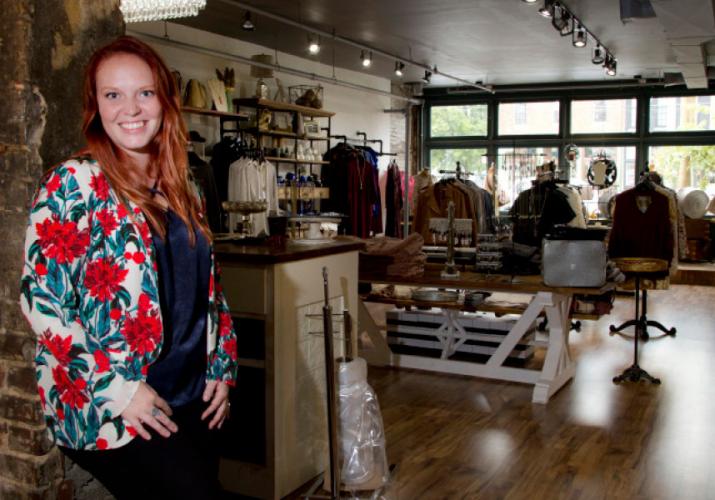 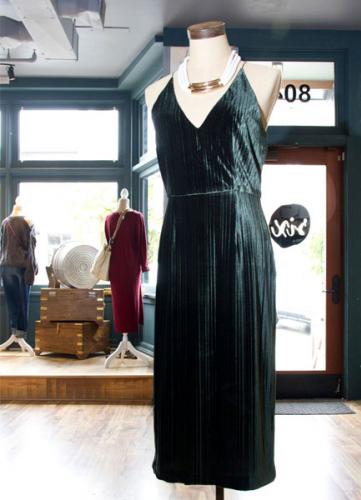 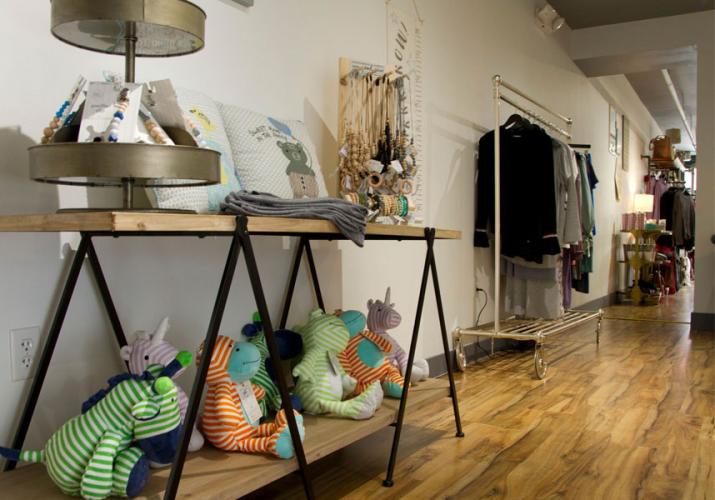 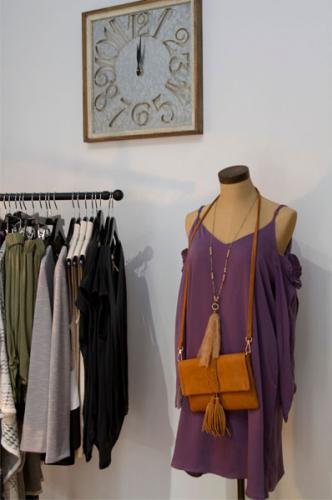 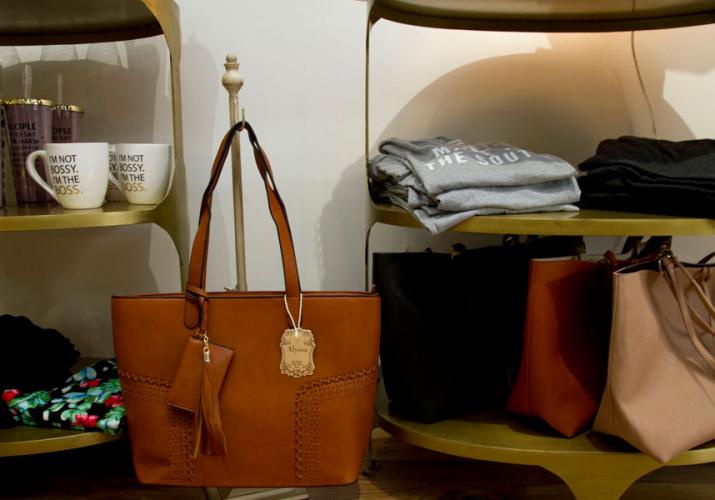 If there’s one thing noticeably missing from Six Sisters boutique in Nulu, it’s this: the attitude. When you walk into the vast space that’s loaded with charm and flooded with light from the wall of windows overlooking East Market Street, there is plenty of room to browse among the carefully-curated clothes, home decor, accessories and adorable baby gifts. While you’re wandering, you may get into a conversation about goings on in the neighborhood or the event you’re shopping for, but what you won’t get is pressure— although you’ll get plenty of styling and shopping advice if and when you want it. Six Sisters is the kind of place where shopping is laid back, fun and full of surprises— like the fact that many of the items are much less expensive than you’d expect.

After almost a decade in retail management, Katie Meinhart knew that atmosphere could be almost as important as merchandise when it comes to attracting and keeping customers. She wanted her own store to be warm and friendly from the minute her customers walked in. “I hate to say it, but you go into some boutiques and they just don’t have that southern feel,” says Katie. “They don’t say hi and they ignore you. Being down here in Nulu, I want to be welcoming. I’m dealing with locals and visitors alike and I’m excited to help people and to represent our city as being friendly and open.” She also wanted her merchandise to be as eclectic as our community. “Because of our location, I get to be trendy and edgy but still be accessible. Her store is for the “fun woman” who stays on budget most of the time but will occasionally splurge on fashion items. “I have a lot of pieces under a hundred dollars, but we have a few treat-yourself items that are around 200 dollars… and our shoes and boots are Dolce Vita, which are priced around 160,” says Katie. “They’re nice boots!” No matter what you buy, you won’t see the same outfit all over town. Katie only orders four of each item. “If you buy something, we’re not going to have another extra small or medium; it’s yours,” she says.

While the dream of opening her own place was years in the making, it happened almost on a whim. “I’d always said that if the right place became available, I’d do it,” she says. “It’s always been something that was down the road. But then this space opened and Scottie Howell contacted me because he knew I needed to look at it.” So, Katie and fiancé Sam Rouster took one look and fell hard. “It’s so airy... and big… and so different,” she says. “We knew we had to do some construction, but we also knew that we had an amazing blank palette. We could see the potential and we live right down there in the neighborhood. We said, ‘Let’s do it.’”

So, they did… despite the fact that the couple is also planning a wedding at the end of the year.

“So, why not start a business and get married in the same year,” she laughs. “I guess teamwork makes the dream work!”

So, the two jumped right in and tore down walls— exposing some hidden brickwork that’s now part of the historic charm— finished floors, installed new LED light fixtures and filled the main space with industrial-chic fixtures and furnishings. “There was no designer, it was us,” says Katie. “My family got involved too. It’s a nice feeling to be able to look at it now and know we did it together. It feels very personal. It feels just like the store I always wanted to open.”

Six Sisters is located at 804 East Market Street, 502-690-9986, and is open seven days a week. They also host private fashion parties after hours. (Shoppers get wine, snacks, a stylist and a discount!) Go to facebook/sixsistersboutique for more info.