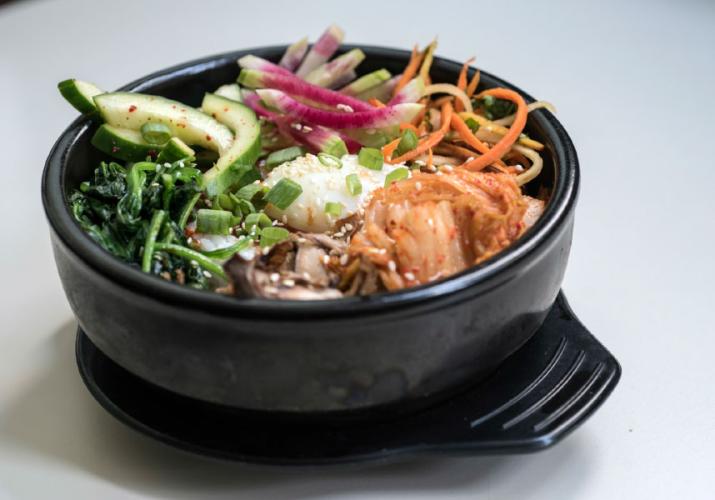 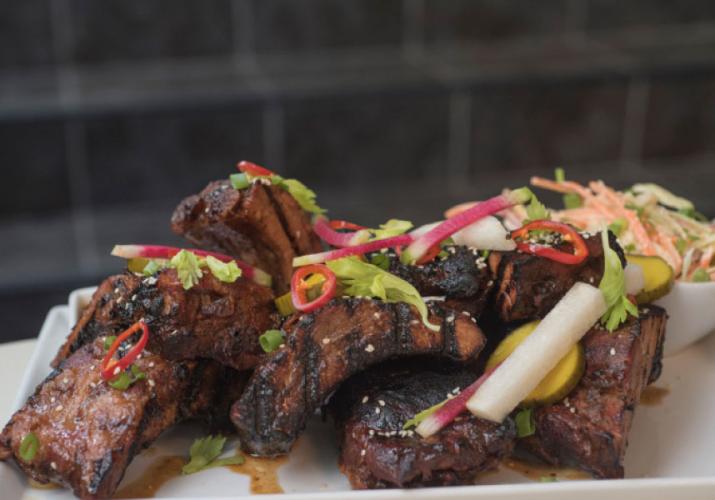 The vaunted, five star fine-dining mecca 610 Magnolia may have been the pinnacle of gastronomy to many Louisvillians and out-of-towners, but it wasn’t enough for chef owner Edward Lee. He opened the intriguingly eclectic Asian-southern fusion MilkWood at Actor’s Theater. He became a television food star and wrote a book. Still, his driving ambition wasn’t sated. “I get bored easily. I don’t like to do the same thing twice. I think life is too short to stay on the same Ferris wheel,” says the chef and entrepreneur.

There’s not a minute for him to get bored as he’s teaching, inspiring and judging home cooks on the new television show, “Culinary Genius,” for which he is the chef judge and Gordon Ramsay is the producer.

“I push them hard at times because I want them to get better. It’s amazing to see someone who’s scared and timid at first create an incredible dish that could be served in a restaurant. I think it’s so cool and amazing that people like executives and bus drivers are getting into food this much,” he says.

Diners outside of Louisville think Lee is pretty amazing, too. His work as a consulting chef for Succotash, a restaurant in National Harbor, Maryland was such a success that he’s opening one in Washington, D.C.

He chose Washington because of its similarities to Louisville. “Washington and Louisville are only a couple of degrees apart on latitude. Both cities have four seasons and are very diverse communities. From a cultural standpoint, there’s something about D.C. that resonates with me the same as Louisville does,”  says the native New Yorker. And, D.C. is the northern-most city where people understand southern food. I don’t do traditional southern or traditional Korean food, but I use southern ingredients and Korean ingredients. People are receptive to that in both cities. Neither city is rooted in any one thing. Louisville isn’t the deep south, but it’s not north. It’s a little midwestern but not 100 percent. D.C. has a similar identity crisis and I say that as a positive. Both cities are at the crossroads of different cultures,” he says.

Fond as he is of the nation’s capital, he has a special bond with Louisville: “Louisville gave me a shot and allowed me to find my voice. If you want Bluegrass music and bourbon, you have them here. Go to Preston Highway to get the best tacos in the world. Or, go to a place like 21c and feel like you’re in a big city. Fifteen minutes from there, I feel like I’m in deep country.

When you look at all the nooks and crannies, you realize it’s a gem of a city.”

That’s why he’s debuting Whiskey Dry, on Fourth Street Live, later this fall. The restaurant will have a full menu but with a focus on gourmet burgers, each with a whiskey pairing. Whiskey Dry won’t be all about bourbon. “Bourbon is only one chapter of the story of whiskey. It’s the best story we humans ever came up with,” says Lee.

He keeps Louisville central to many of his projects. His film, “Fermented,” was presented at the Flyover film festival in Louisville along with other major film festivals around the country. Produced by the same company behind the PBS program “Mind of a Chef,” on which Lee appeared, “Fermented” features Lee traveling the world to explore the process and benefits of fermentation.

Throwing out old rules is how he works and is what has worked very well for him. He tosses rules that were set by people who were eating very different food at a very different time. He thinks in contemporary terms but acknowledges that there’s risk that comes with that. The risks he takes are calculated.

His rule for running his businesses is to question every notion, every rule. He points to wine as an example. “Thinking that has been widely accepted for generations is that when having dinner, you start with a white wine and finish with a red. At 610 Magnolia, we said that’s just not true. We can start with a red wine, perhaps a Syrah, maybe slightly chilled, and can finish with a full-bodied Viognier. It totally works and lets diners say, ‘I never knew that.’ Things like that excite us,” he says.

Before Edward Lee established himself in the hierarchy of the country’s most respected chefs and food authorities, there undoubtedly were skeptics who questioned a chef blending his Korean roots and southern cuisine.

“I think you do what you do and can’t worry about what people are going to think. I’m grateful and I pinch myself every day,” says Lee. “I don’t think of myself as successful. The urgency to strive for excellence isn’t gone. The day I think that I’m a success is when it all ends.”

The Inside Scoop with Edward Lee

Did you have any idea your book, “Smoke and Pickles: Recipes and Stories from a New Southern Kitchen” would be a phenomenal success?

“I just did it. If there’s one thing, for better or worse, I always have a clear vision of what I want. You can get a recipe anywhere. I wanted to tell stories. I wanted it to be something people held in their hands and read in bed or on the couch. It’s a little bit messy and a little bit gritty. I had to fight for it, convincing my publisher to do it. They said that wasn’t going to happen. Once they saw it, they said, “Oh, you can write!” Now we’re working on a book of food essays, another unconventional book. It will be out in the spring.”

“He’s the kindest, most professional person. A jolly chap. He goes on set and knows everyone’s name and makes everyone feel welcome. His energy level is ridiculous. I think I work hard but he’s ten times that.”

On “Culinary Genius,” you help home cooks become great cooks. What are the most frequent mistakes made by home cooks?

“They’re too timid with salt. Sprinkling a few beads on a piece of fish isn’t going to be enough. Sprinkle until you think it’s almost too much. Also, every home cook I know overcrowds the pan. The more you put in the pan, the more the temperature of the pan drops and can’t sear things. And home cooks don’t trust their instincts. They ask me if something tastes good. I tell them, “You have a nose, a mouth, a palate. If it tastes good to you, chances are it will taste good to someone else.”

Peel off membrane on the inside of the ribs. For the rub, mix together the first nine ingredients. Apply the rub to the ribs. Smoke at 300º for three hours or bake at 300º for 2 ½ hours, while basting with the Apple Cider BBQ every half hour.

Place all the ingredients in a saucepan. Bring to a simmer over high heat. Reduce heat to medium-low and simmer 30 minutes longer, stirring occasionally. Remove from the stove and pour into a heatproof bowl. Cover, and refrigerate the sauce for two days.

Strain the sauce through a mesh sieve to remove the red pepper flakes. Store the sauce in the refrigerator. Bring to room temperature before serving.