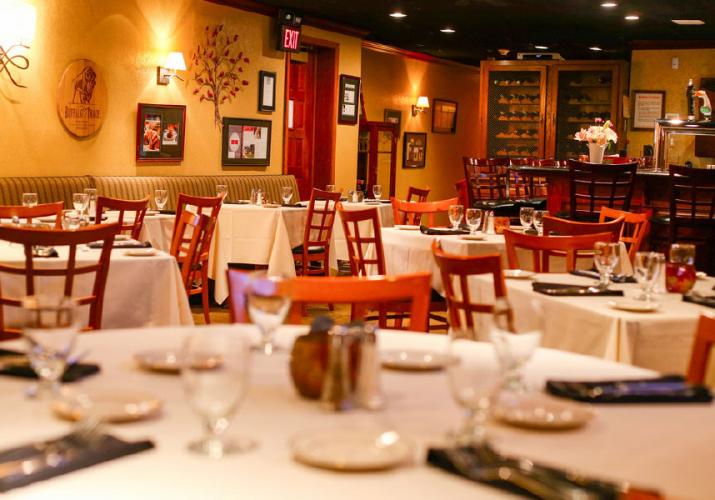 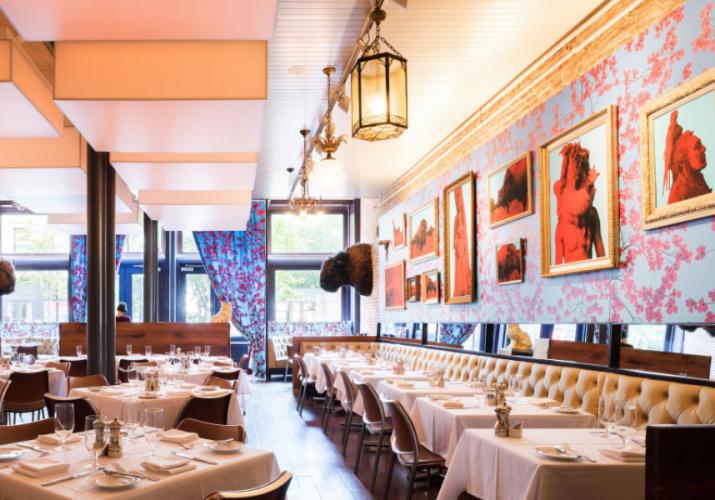 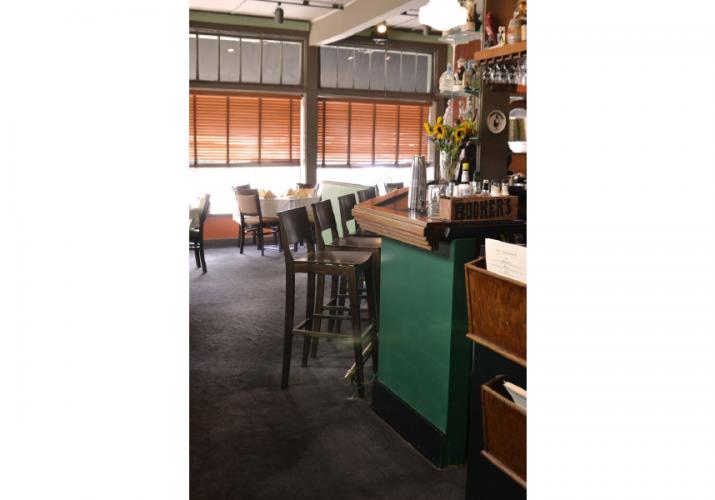 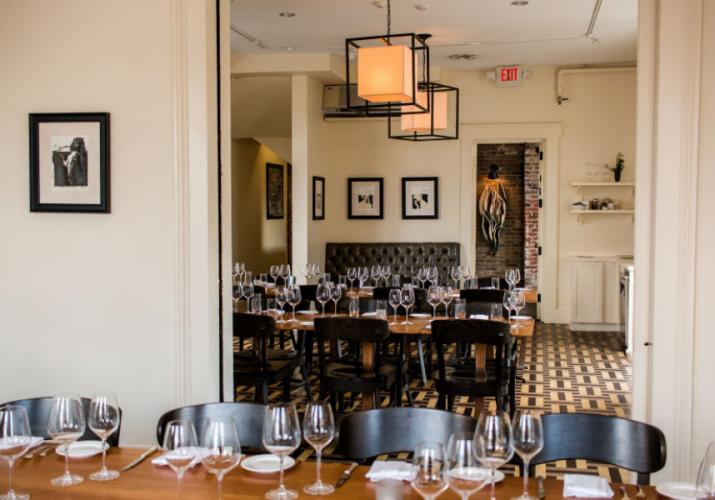 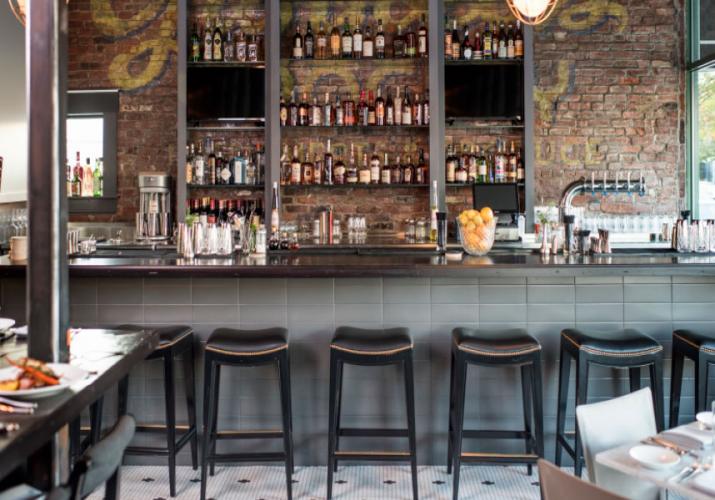 When your city is known for its thriving restaurant scene, it’s hard to pick five for our “great” issue.  Food writer Nancy Miller did by focusing on those that blazed trails and retrained our palates.

Equus and Jack's Lounge
Dean Corbett’s name rings a loud bell among the culinary Who’s Who around the country. But legions of Equus and Jack’s Lounge devotees claim him as their own. He’s the guy everybody loves to greet and to be greeted by. Even when he’s not at Equus and Jack’s, which isn’t often, his presence is felt in every dish and in every corner. During  more than three decades, he has made Equus and Jack’s a cocoon of contemporary American cuisine and gregarious hospitality.
Your credentials as a bona fide Louisvillian, native or transplanted, may be in doubt if you aren’t familiar with Jack’s Signature Nachos. Perfect for sharing, they’re better if you have an order all to yourself. Rock shrimp Jenkins has secured its place among the city’s most beloved dishes. The pot roast and fried chicken are what Mom would make if she could wave Corbett’s magic wand over the all-American favorites.
Remember Cheers, television’s fictitious bar “where everyone knows your name?” That’s Equus and Jack’s. Walk in and you might feel you’ve come upon a party for which your invitation was lost in the mail. But it takes only a minute before you’re one of the crowd.
122 Sears Avenue • 502-897-9721

Proof on Main
Named one of the best hotels in the world, 21c Museum Hotel is a mecca of contemporary art. That sets a high bar for its restaurant, Proof on Main.
Chef Mike Wajda demonstrates that food is art as he wins over discerning food and art cognoscenti.  Visiting the art at 21c Museum Hotel is about opening yourself up to new experiences. The same is true with Proof on Main’s menu.
Starting with roasted bones with sea butter and kim chee or a plum pop tart with chicken liver pâté  tells you that your meal isn’t going to be like a conversation of idle chit chat. Wajda delivers serious dishes that are talked about before and after they’re eaten.
Cheese and charcuterie tasting platters offer the chance to sample excellent selections that may be off your beaten path. Entrées include mushroom spaghetti, roasted Alaskan halibut with zephyr squash, and Szechuan beans and wild rice paella.
Mingling at the bar is a sport for which no skill is necessary. But you do get points for savvy dressing.
702 W. Main Street • 502-217-6360
______________________________________________________________________________

Lilly's Bistro
Kathy Cary is the queen of local farm-to-table. She’s a chef who mentors budding chefs and who coddles diners with traditional Kentucky cuisine as deftly as she takes them on taste adventures beyond the boundaries of the Bluegrass. As if that weren’t enough, she has cooked with Martha Stewart and lived to tell the tale.
Spearheading the farm-to-table movement came naturally because it epitomizes her philosophy about food and how she has always cooked. When she opened Lilly’s Bistro in 1988, she brought Kentucky farmers and local purveyors along with her.
She serves the best of Kentucky traditions as she teasingly tweaks. A Bibb salad steps out of the ordinary with ham, cheese, candied pecans, sun dried cherries and bourbon maple vinaigrette. Lamb meatballs, coconut fried shrimp and veal scaloppini show off delicious versatility. Take a bite of lemon pie or a spoonful of bourbon ball ice cream and you’ll want to give her a hug.
Lilly’s menu changes every couple of weeks to feature up-to-the-minute seasonality of area farmers and artisans so that you can cozy into a booth for a dinner à deux or join friends for a celebration of Cary’s singular culinary style.
1147 Bardstown Road • 502-451-0447
______________________________________________________________________________

Decca
NuLu is a hot food and art scene. It’s only fitting that Decca is at the epicenter. The restaurant and Annie Pettry, chef and partner, are sizzling. Louisville diners have a love fest going on with Decca, savoring in agreement the raves from Bon Appétit, Food & Wine, Travel & Leisure and the Wall Street Journal.
The menu resonates with global spanning influences, a foundation of French technique and Pettry’s North Carolina roots. She orchestrates it all with edible charisma and meticulous flair.
Guests were wildly appreciative when she introduced pasta as a middle course, and why not, when that course is ricotta cavatelli with foraged mushrooms or lamb sugo pappardelle? Preceding it is a cornucopia of choices such as duck liver terrine or pan roasted mussels with Madras curry and Brussels sprouts. The menu evolves into main courses like shrimp a la plancha, crispy Texas redfish and “Table” selections that range from wood-grilled beets to caramelized cabbage. You’re in for sweet endings like buttermilk pie with peaches and buttermilk sherbet or Devil’s food cake with chocolate mousse. Or, there’s an ever-so-tempting Boozy Affogato. We’re not telling you anything other than it’s slightly boozy amazing.
812 E. Market Street • 502-749-8128

Butchertown Grocery
Little did Hattie Gunkel know that the corner market she ran in the early 1900s would one day be Butchertown Grocery, a neighborhood bistro with a miles-wide fan base and a headlining chef.
After impressively establishing himself at The Oakroom and La Coop, the question that endlessly surfaced among Chef Bobby Benjamin’s followers, was, “What will he do next?” Butchertown Grocery, where he is chef and partner, provides the answer with some glowing expletives.
If you don’t opt for the five-course tasting menu with wine pairings, you’re still in for a Benjaminesque experience. The menu is nicely balanced by appetizers such as pork belly with watermelon and pickles, mushroom-accented gnocchi and beef tartare, while pastas and entrées are highlighted by bucatini, rainbow trout and rack of lamb.
Specials change daily and include bouillabaisse, rotisserie chicken and barrel smoked grits, pork chop with curried sweet potato purée and the Blended Burger Project – dry-aged beef, oyster mushrooms and bacon marmalade.
Lola, the upstairs lounge, is the only place we know where you can top off your day with a bone marrow shot. That’s right. It’s a shot of your favorite liquor poured into your mouth through a bone.
1076 E. Washington Street • 502-742-8315