IT'S TIME FOR OUR CHECKUP 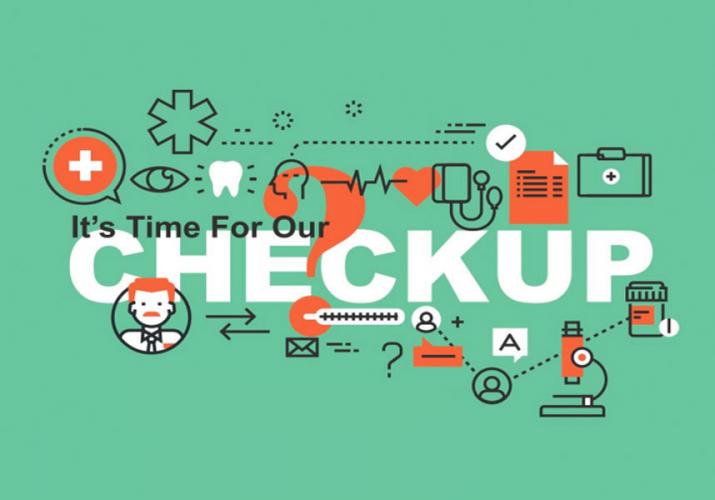 If you live in Louisville, you have been exposed to healthy lifestyle options. We are, after all, a city on the forefront of the farm to table movement. We are a community with an active cycling population. Bike paths. Walking bridges. Walk-a-thons. Marathons.
But, like most urban areas, Louisville is also struggling with the social and economic factors that lead to illness and premature death: poverty, lack of education, access to healthcare, air quality, nutrition, violent crime.
And one statistic leaps off all the pages, placing Louisville – and all of Kentucky – behind the national curve. In Louisville, 23 percent of the population are smokers. That’s better than the nearly 27 percent throughout the commonwealth. But it’s still far above the national average of 17 percent.
“We bounce back and forth between being the worst state in the country, and next-to-worst,” says Bonnie Hackbarth, director of communications for the Foundation for a Healthy Kentucky. “In some years, we’re slightly better than West Virginia; in other years, West Virginia is a little better than we are.”
Every other state has left these two behind.
Louisville’s health profile is in no way dominated by cigarettes.  It’s not all horrible news. But the numbers suggest that there are many things we could and should be doing to improve our national standing and our quality of life.

LIFE—AND DEATH—BY THE NUMBERS
Life expectancy
77.6 in Louisville
79 in the US
69 in Iraq
67.8 in the California-Parkland neighborhood

According to the “Metro Health Equity Report”:
10.2 percent of Louisvillians have no access to their own vehicles
8.9 percent – the US average
51.2 percent – residents of the Russell neighborhood
in eight Louisville neighborhoods, that percentage is greater than 20 percent.

UP IN SMOKE
Finally, the rate of smoking in Louisville (and in Kentucky) is going in the right direction: downward. But it’s still higher than the national average. (Courtesy of Foundation for a Healthy Kentucky.) Here’s who’s lighting up and some repurcussions.

THE GOOD NEWS
The cancer rate for the state is decreasing.
Cancer mortality – 202.6 per 100,000
Five years ago: 211.9 per 100,000
The heart disease rate for the state is decreasing.
Currently: 200.5 per 100,000
Five years ago: 210.1 per 100,000
Louisville is above the national average in immunization of children. Children 19-35 months in Louisville: 84 percent; U.S.: 81 percent
Louisville is below the national average in numbers of infectious diseases. Louisville: 16.2 per 100,000; US: 23 per 100,000
Kentucky was one of the first states to introduce a “quit line” for those who need help, advice and resources to stop smoking. “The Centers for Disease Control tell us 70 percent of current smokers would like to quit,” says the Foundation’s Hackbarth.
This will be an even bigger resource,” she says,” following the passage of FB89 by the federal government, requiring health insurers to cover FDA-approved cessation programs.” The federal program goes into effect in July, and the state has planned an informational campaign to assure consumers, insurers and providers understand the tools available.

WE’RE NOT FLOODING THE ER
“Nearly three years into implementation of the Affordable Care Act in Kentucky, emergency room use has neither decreased nor increased substantially, despite predictions that the law might have a strong impact,” The Foundation for a Health Kentucky reported this spring, using the most recently available data. “About the same proportion of Kentuckians went to the ER in 2016 as before the ACA, although the total number of ER visits increased slightly.”

BEHIND THE NUMBERS
Here’s what Ron Waldridge, II, MD, physician executive, KentuckyOne Health Medical Group; chief medical officer, Jewish Hospital had to say about our health rankings.
Why does Jefferson County, with all its resources, rank 28th out of 120 Kentucky counties in its health ranking?
Because, as with most urban areas, Jefferson County also has the most negative contributors to good health: air pollution, transportation problems, socioeconomic factors, violent crime.

Is crime a health issue?
It can be. Research has shown that children with traumatic life experiences are more susceptible, later on, to mental health issues and also to physical health issues as adults. Somebody with a violent childhood experience has two or three times the expected rate of hypertension, heart disease and diabetes.
In fact, when you look at quality of life and healthy living, 15-20 percent is related to medical care; and 80-85 percent is related to other social determinants.

Any areas where we’re really falling behind?
The opioid abuse problem is staggering. Kentucky is at the top of list in terms of numbers of overdoses being brought into the Emergency Room.

Any areas where we’re making actually making progress?
We’re having better outcomes with cancer, through early detection and better treatments that we didn’t have 15 years ago. At KentuckyOne, we have a lung cancer screening program for people with risk factors (say, those who’ve smoked two packs a day for 40 years). We’ve detected one cancer detected in every 90 patients screened.
In general, we’re getting the message out to get regular physical exams, have your blood pressure checked, and check cholesterol and blood sugar. I’d rather you come in and check your cholesterol and blood sugar, and treat that issue, rather than having to meet you in the ER having chest pains.
We’ll have a healthier population if we can provide proactive preventive care.