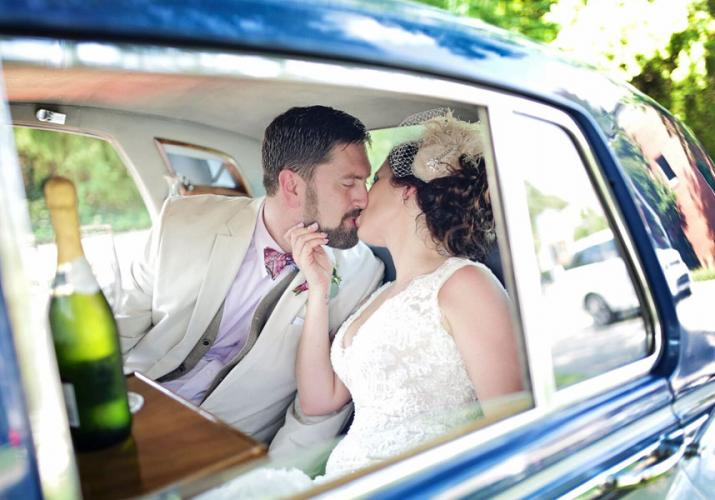 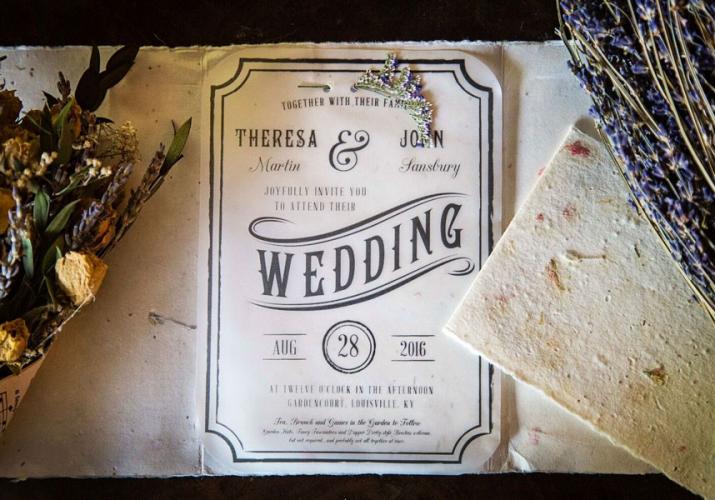 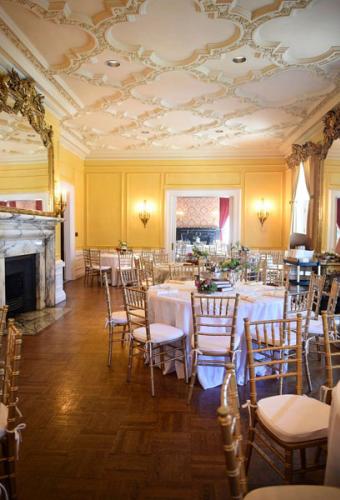 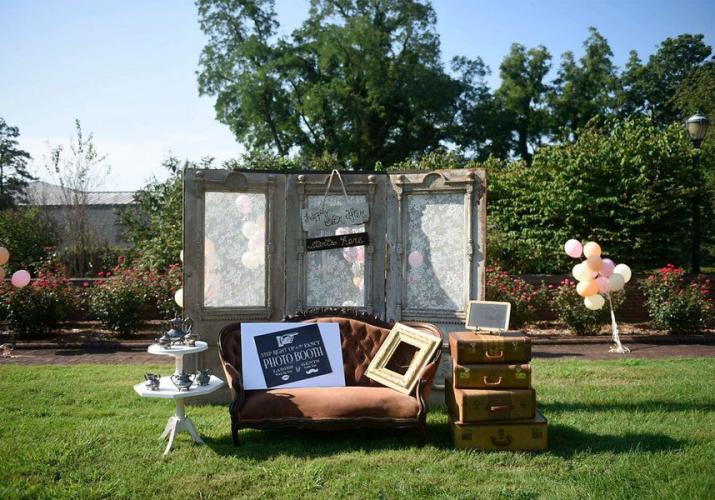 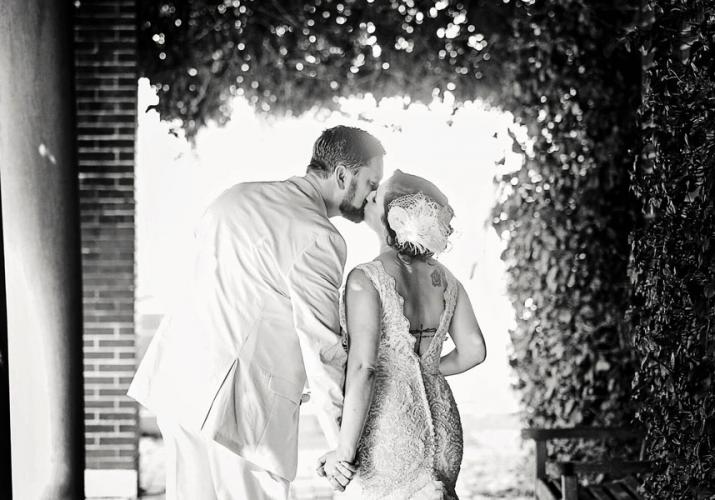 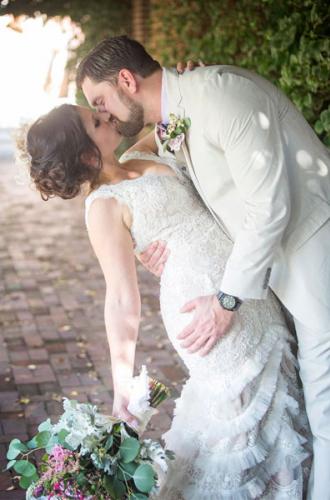 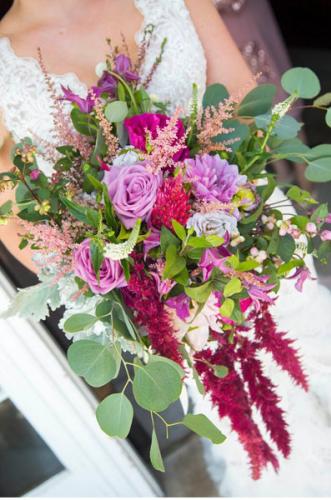 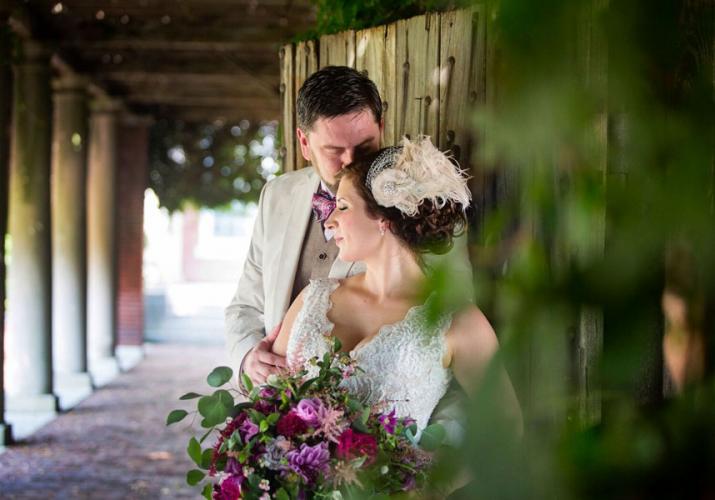 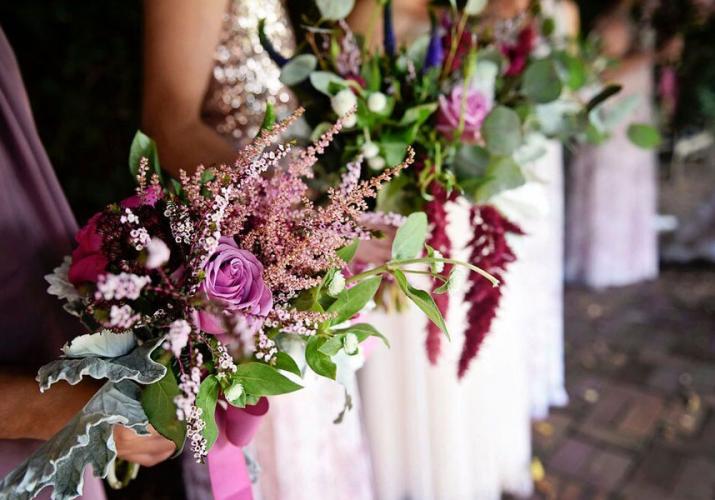 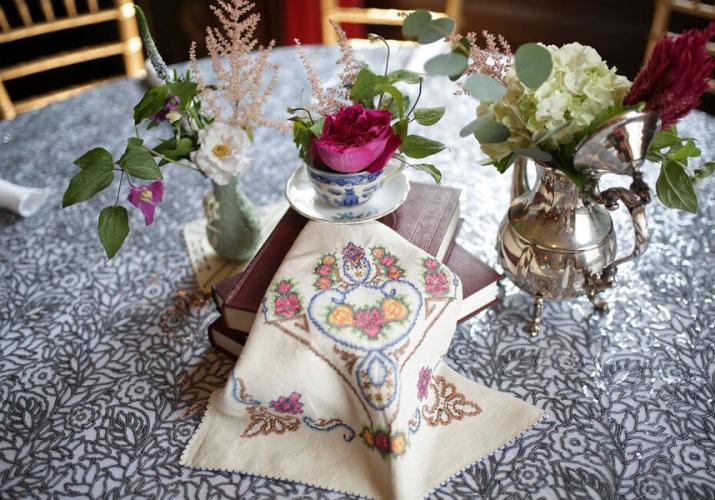 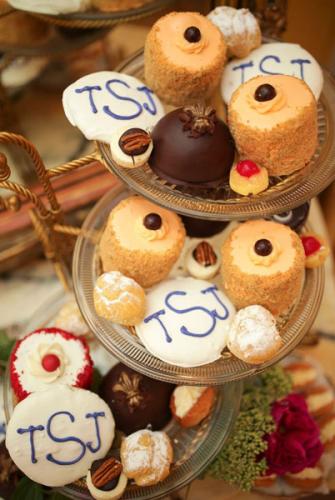 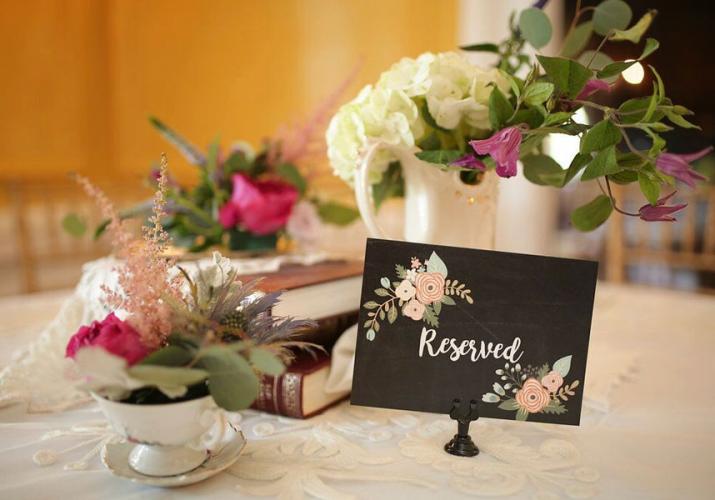 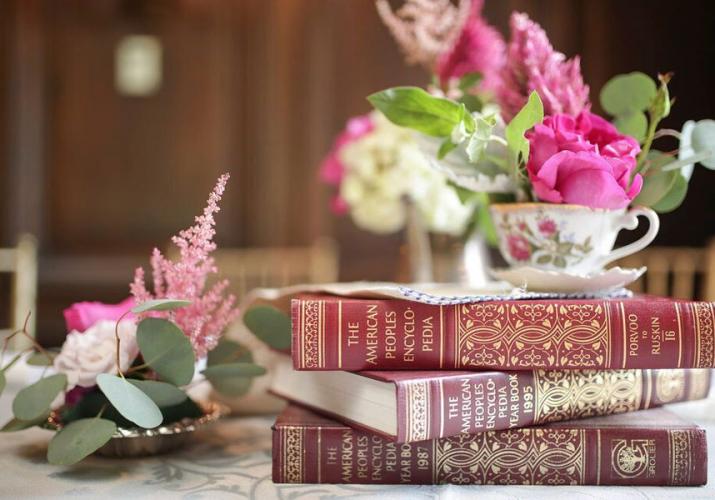 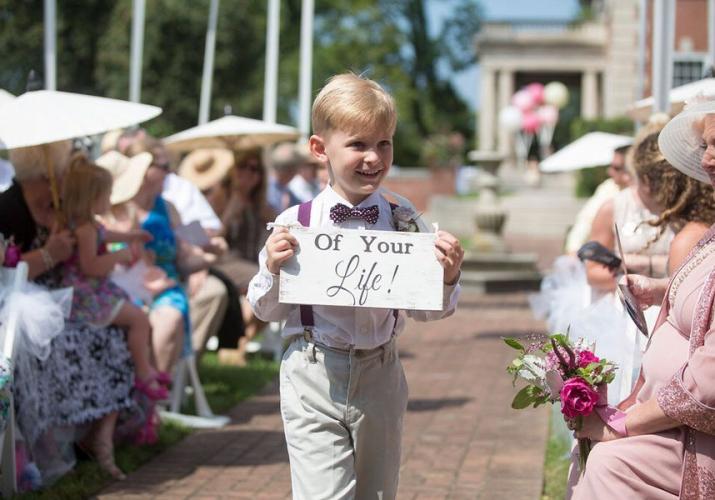 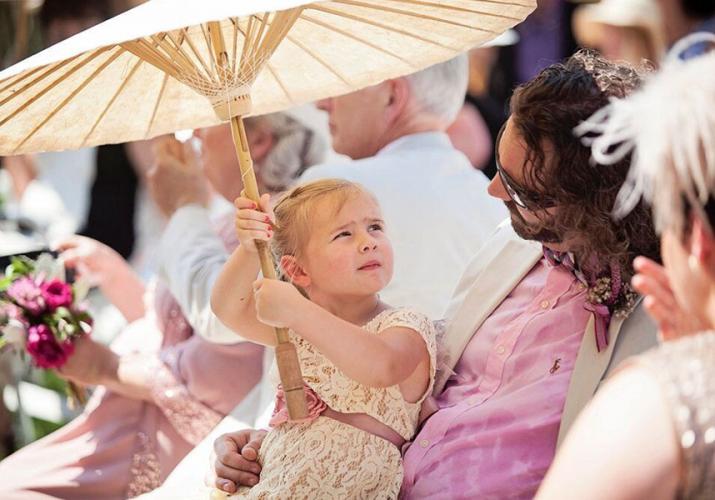 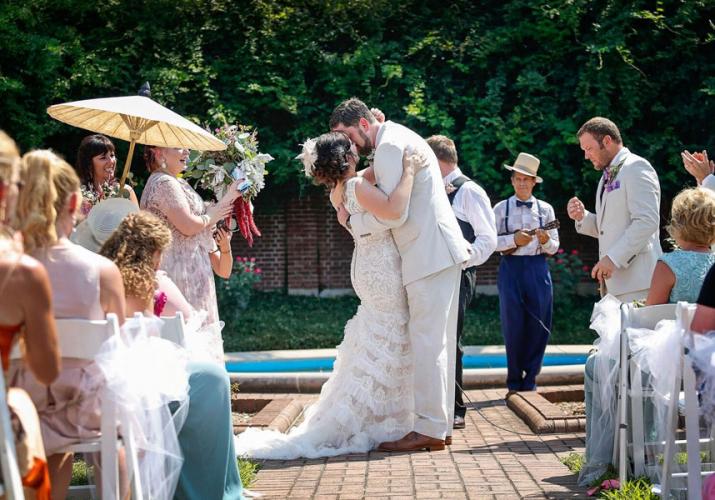 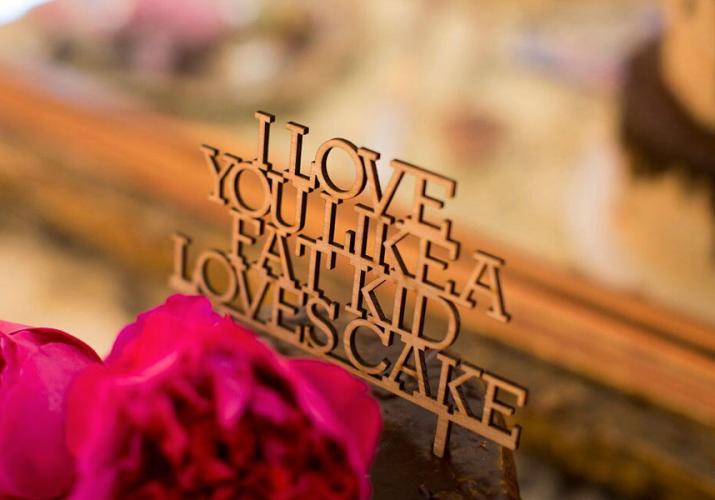 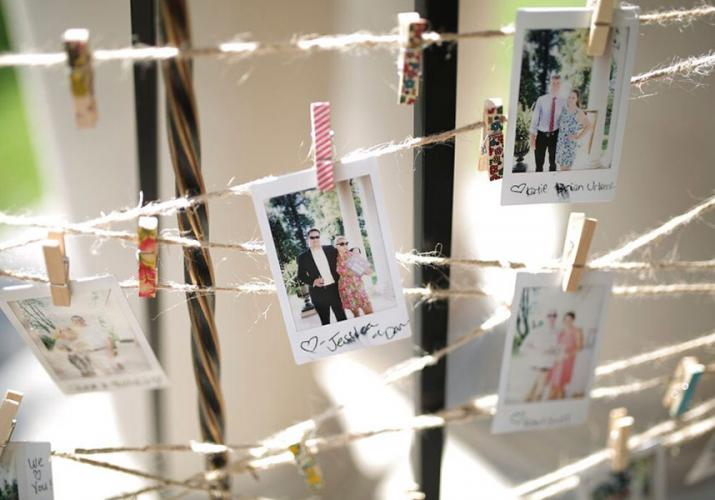 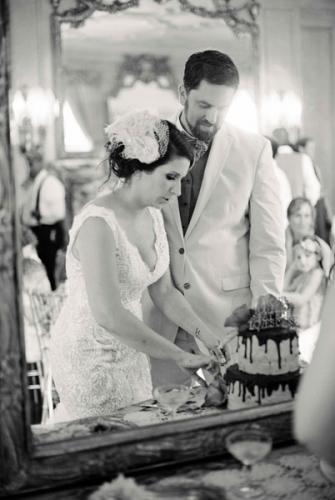 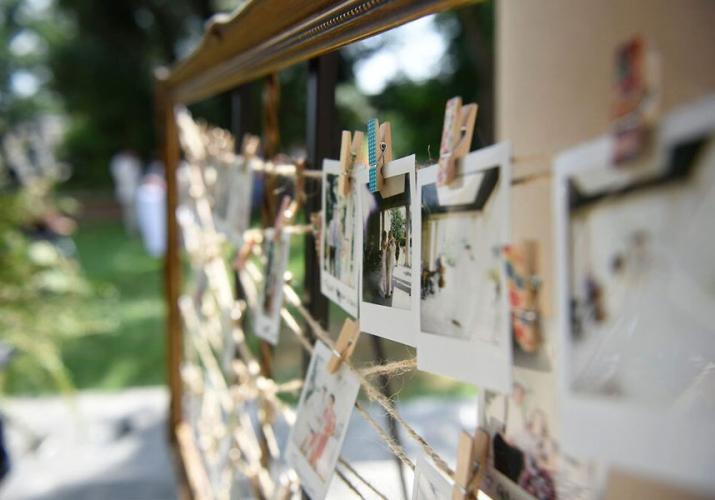 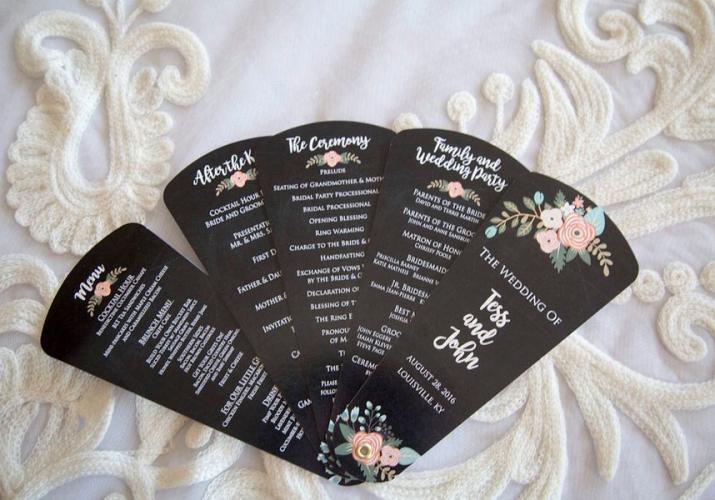 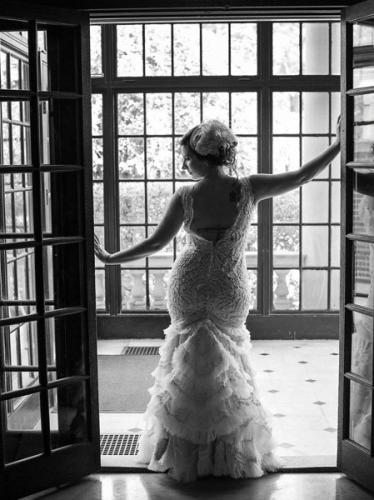 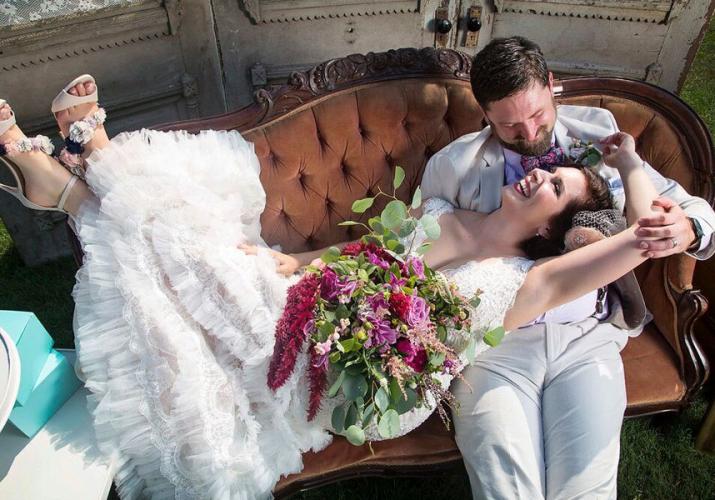 The formal gardens and elegant Beaux Arts home may have been the only purely traditional elements of the August 28 wedding of Tess Martin and John Sansbury. “Ultimately, what we had in our minds was just a fun day,” says Tess. “Neither of us is very traditional. We wanted to do something that was enjoyable for our guests and that reflected who we are.”
Who they are is an unpretentious couple with a great sense of humor that was evident from the early days of their relationship. The romance began while they were coworkers at a marketing company. “We started secretly dating,” says Tess. “So we made it an adventure. We developed code names so we could send each other gifts and flowers at the office and nobody would know.”
When it came time to plan a wedding together, the two took a similarly inventive approach. “We both love brunch, because neither of us gets up early enough for breakfast,” she says. “We liked the idea of having a brunch on Sunday—something that’s a little out of the ordinary.” That meant that the usual carving stations and salads were replaced by a delicious crepe bar and bacon station. Says Tess, “We asked for something different and Garden Court responded with enthusiasm and creativity!”
As for theme, the bride-to-be was inspired by the whimsical and slightly eccentric feel of an English garden tea party and, with the help of wedding coordinator Catie Cundiff Nelson, she wove that concept through the day in unexpected ways. “Each of the place settings had different china and the tables were decorated with tea-inspired knick-knacks that belonged to John’s grandmother—tea pots, books, embroidered doilies,” says Tess. “All of her things were intertwined throughout the décor.”
While Boston’s Floral Couture created extravagantly beautiful arrangements, the flower girls carried colorful circular balloons which also festooned the white folding chairs. Old-fashioned backyard games dotted the lawn and twenties bluegrass filled the air with sweetly nostalgic music.

“When you stepped into the garden, it was as if you were transported back in time.”

In a day full of memorable moments, she singles out hearing John’s vows as the standout experience. “He started really funny by saying, ‘Today, I promise you this: I will stop wearing socks with my sandals,’ and ended it so seriously. It was super-personal and it was exactly what we wanted for our wedding day… a very bespoke event where every piece of it was tailor made for us by us.”