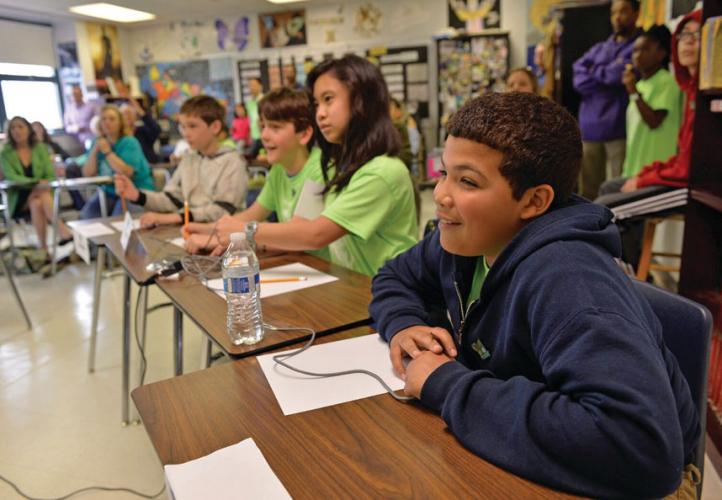 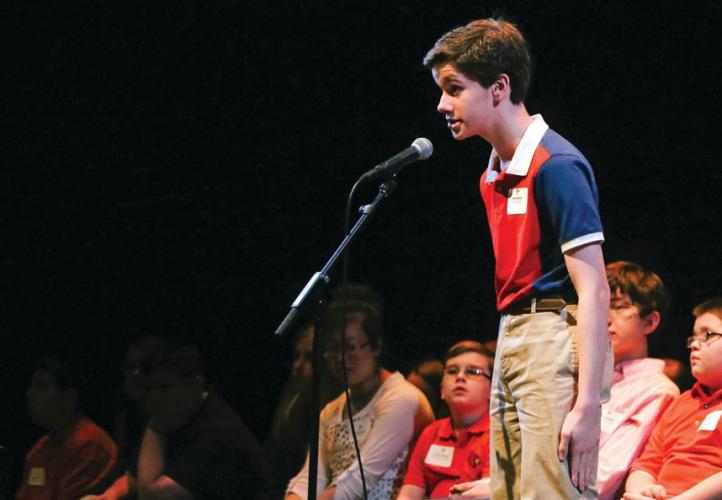 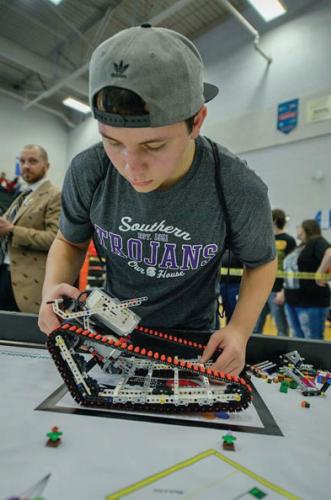 Under the umbrella of the Kentucky Derby Festival – the organization that annually masterminds such iconic events as Thunder Over Louisville and BalloonFest – is a steadily growing generous giant.
Beneath the shadow of the spectacular events that mark Derby season in Louisville, the Kentucky Derby Festival Foundation orchestrates numerous events of its own. Since its founding in 1998, the festival’s community service arm has been putting educational and artistic programs on the festival schedule. It also raises heaps of money and distributes that money to a long list of worthy charities around the city.
“The more we raise, the more we give away,” says Jeff English, president of the foundation. “We don’t keep much here.”
Every April, the foundation’s charity module helps charities raise money through pledges secured by participants in the Kentucky Derby Festival marathon and mini-marathon. Since 2007, these pledges have brought in more than $2.5 million.
“What we’ve found is that, through the charity module, by investing a small amount of resources, we can get a huge return,” says English, who also serves as the Kentucky Derby Festival’s senior vice president and general counsel.
The foundation’s own total charitable giving has reached $500,000, and the numbers keep inching up.
With the help of various local businesses and groups, the foundation’s 25-member board has many ways of bringing in money.
One of those is a five-course dinner in June, hosted and served up by Vincenzo’s. In November, Horseshoe Southern Indiana opens its poker room to a holiday-themed card tournament that also brings cash into to the foundation’s storehouses.
The foundation’s biggest benefactor is the Fillies Inc., which throws an annual Derby party that raises $30,000 to $40,000 each year.
The foundation also raises money by recruiting people to join its VIP membership program, called the Thorobreds. Additionally, from August to April, it raffles off a “golden ticket,” the winner of which receives two tickets to the Derby, VIP tickets to Thunder and access to numerous other festival events. The 500 raffle tickets available for sale are $50 each, and the golden ticket is valued at $2,460.
You can see the heartwarming payoffs of the foundation’s bridge-building and fund-raising year-round.
In March, a quick-recall Academic Challenge presented by Sullivan University pits elementary school students against each other on a wide variety of subjects. A spelling bee, presented by the Ford Motor Co., brings in the best spellers from schools around Kentucky and Southern Indiana. The foundation awards a total of $20,000 in savings bonds to the top five finishers.
RoboRumble, also held in March, is a regional robotics tournament produced by Indiana University Southeast and coordinated by the Jefferson County Public Schools. It gives kids hands-on experience with programming.
On April 17, teams comprised of four amateurs and one professional will gather for the Pro-Am Golf Tournament, with proceeds going specifically to the Leukemia and Lymphoma Society.
A ceremony is held in April celebrating the winners of the annual Student Art Contest, presented by The Fillies Inc. and featuring the work of students throughout the area. The artwork is evaluated by independent judges, and the winning pieces are displayed around Louisville.
Since English took the helm in 2007, the foundation has grown each year, both in the total dollar amount of its giving and the number of people impacted.
“When I started working on the foundation,” he says, “it was an organization that really – it was scattered in a lot of directions. And I knew that we had to kind of focus our mission.”
Over the ensuing nine years, he’s steered the ship by a philosophy of making small gains at a time.

“I’m a big fan of three yards and a cloud of dust,” he says. “I don’t believe in very quick growth. I want to incrementally grow the amount of money we raise every year.”

The strategy seems to be working.
For English, who previously worked as an attorney and then as a political campaign manager, his current post is no less than a dream job.
“I think working here, being the president of the foundation, doing the work that I do for the festival, pretty much checks every box I’ve wanted professionally.”
For one thing, he’s part of a great effort to create community. In a city where people from the South End or West End can seem to be isolated from people from the East End, the Derby Festival brings them together.
“We bring them all downtown, and they can see each other and know that everybody can get along in a safe and peaceful way,” English says. “And I think as the president of the foundation, you can help further that mission of bringing people together, but you can also really make an impact on people’s lives through money, and also allowing kids to compete and to work toward something.”
And then there’s the reward of seeing the foundation’s grants to charities being put to good use.
“When you give a grant to St. Anthony’s Outreach, and you know that the money that you give them is going to keep the place open and the lights on and food on the table, I guess that’s what motivates you,” English says. “Part of the reason is, it’s my job. But it has to be more than a job.”
To know their efforts have been well spent, English and the 25 members of the board need only sit back and watch one of the foundation’s events.
“You see a group of elementary students win an Academic Challenge competition, and they are literally standing on their seats screaming because they won – there’s something to that,” English says. “There’s something inspiring about that.”