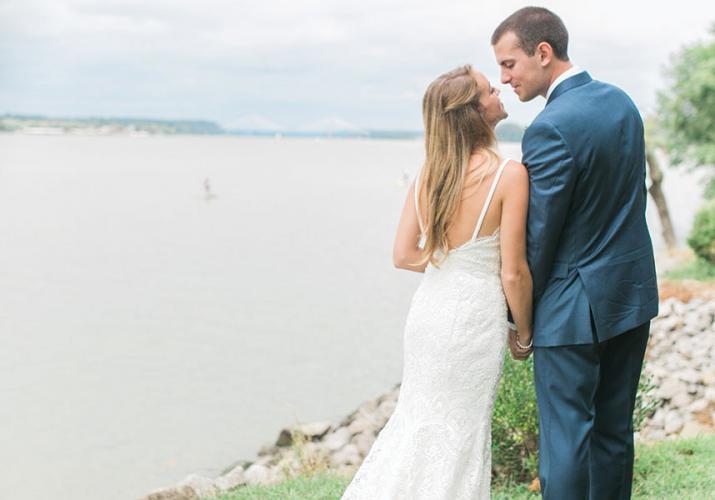 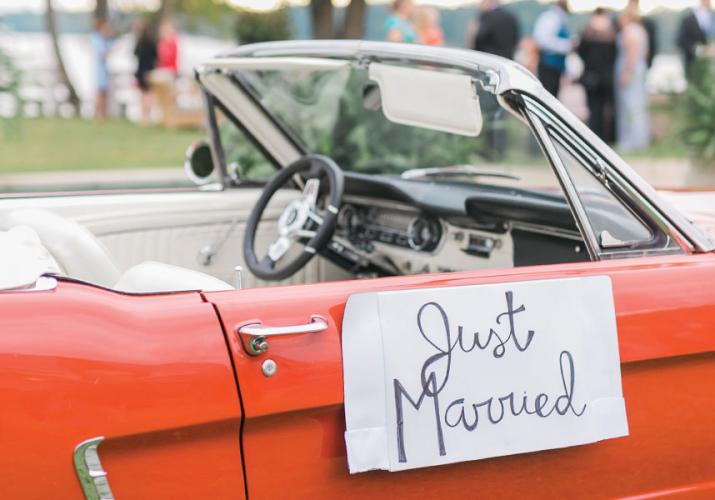 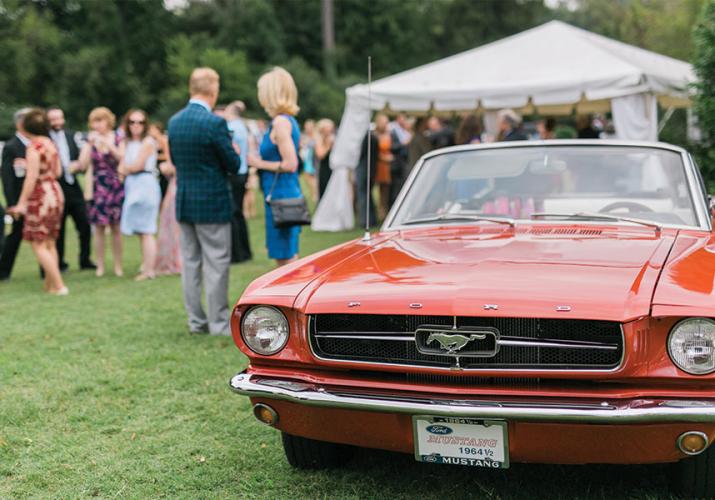 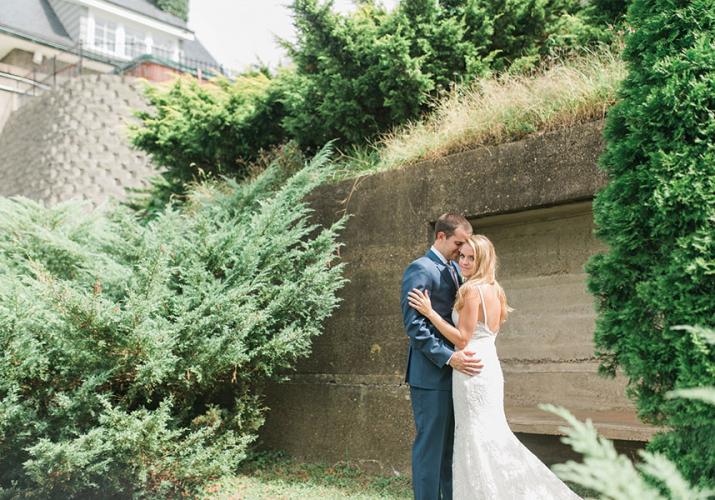 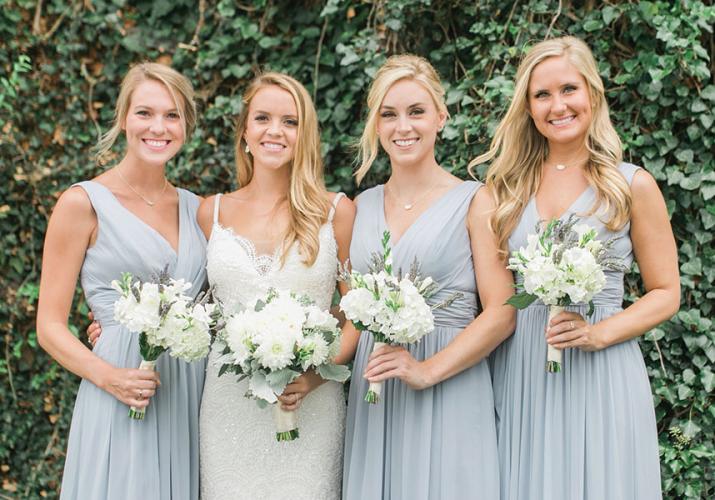 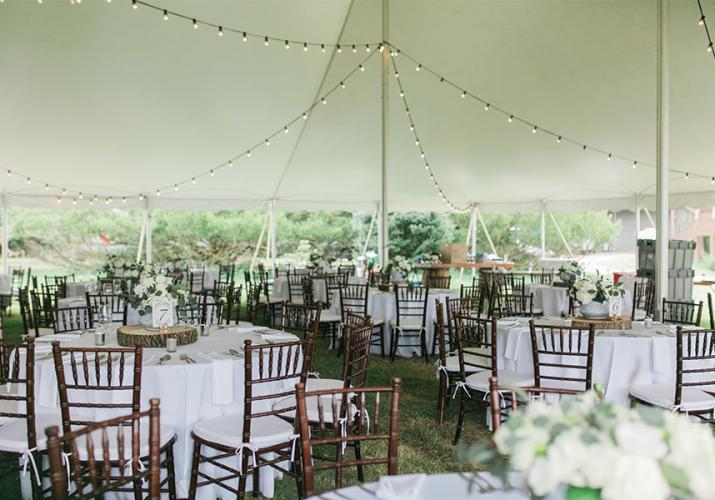 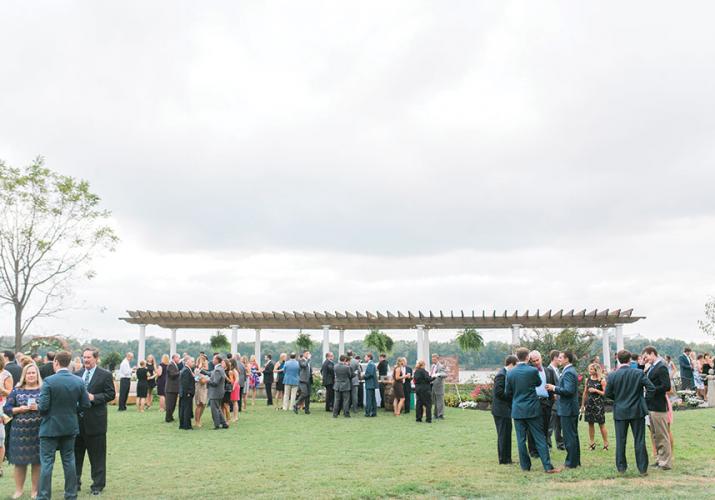 The St. Joseph Orphanage picnic is a Louisville summer tradition. In 2007, Ellie Daunhauer and Jared Hickerson not only won at the booths, but they won each other’s hearts when a mutual friend introduced the two. Flash forward nine years, through high school and college, and the two are happily married.
Ellie and Jared both lead active lifestyles, doing as much as they can outdoors. So naturally, when Jared decided to propose, he did so on a warm Friday in November when the couple went hiking at Bernheim Forest. Jared scouted the park the week before when Ellie was out of town to find the perfect spot–the amphitheater, which overlooks the lake–to pop the question. Ellie’s sister followed behind the couple as they hiked to capture the moment. The morning of the wedding, Ellie and Jared exchanged letters to open while they were getting ready. “It was so special to have those tangent reminders of the way we felt on the day we vowed to spend the rest of our lives together,” Ellie said. When scoping out where to hold their ceremony, the couple chose St. Boniface Catholic Church for two reasons– Ellie’s grandmother had gotten married there, and the traditional architecture of the church made it a no brainer. When researching photographers to shoot the wedding, Ellie came across a beautiful home on the river, which she knew instantly had to be the place they held the reception. After speaking to friends, it turns out the couple actually knew the owner of the property, which helped all the details fall perfectly into place.

“We wanted a classic, but rustic look for the décor since the reception was outside on the river.”

The couple had to decorate the reception site themselves since it was someone’s property, which allowed them to get creative. Ellie’s mother gathered up just about every fern in Louisville to decorate the venue. There was a rustic wooden arc set up overlooking the river, bourbon barrels were used as cocktail tables and wooden slabs were utilized as centerpieces for each table. “You can’t prepare for everything,” Ellie advises. “Something will go wrong.” The couple had ordered a limo service to transport the bridal party from the church to the reception. Instead of a limo, a school bus showed up and began smoking on the way to the venue. The bus ultimately broke down on River Road, right in front of the site, so some of the bridal party walked, while others were escorted on golf carts and entered through the vendor entrance. The party made the best of the situation, turning it into their grand entrance. “If something was supposed to go wrong that day, we’re glad that was it,” Ellie said. After sunset, Ellie’s father and friends set off fireworks on the banks of the Ohio River, which garnered a salute from the Belle of Louisville as it was passing by the reception site. To cap the night, the guests flanked the driveway as the couple drove off in Ellie’s father’s ’65 Ford Mustang convertible.