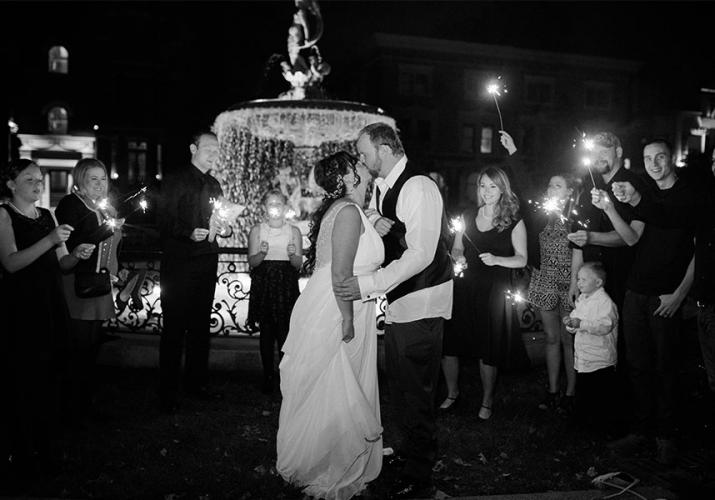 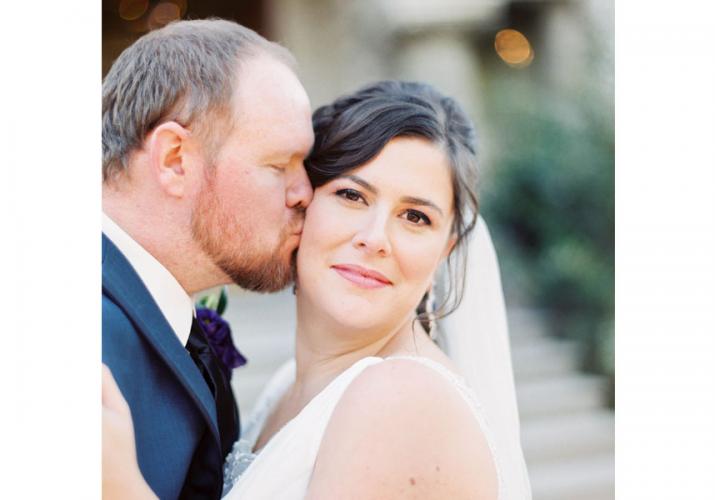 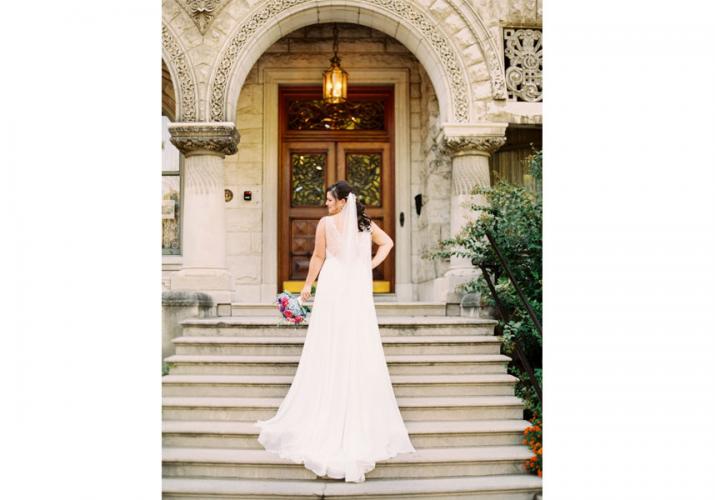 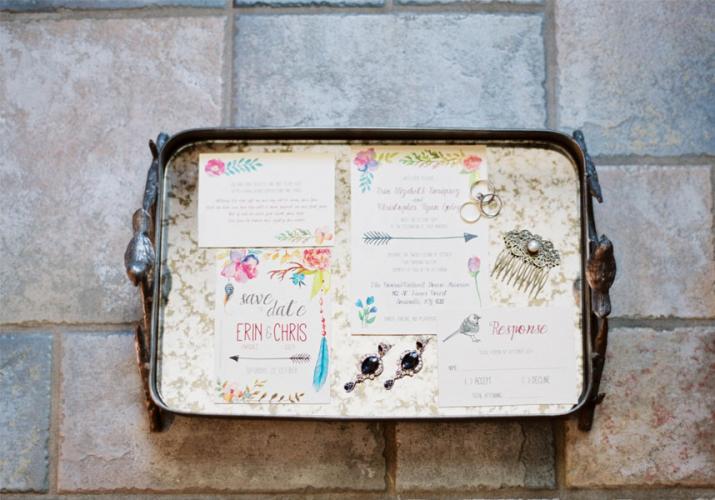 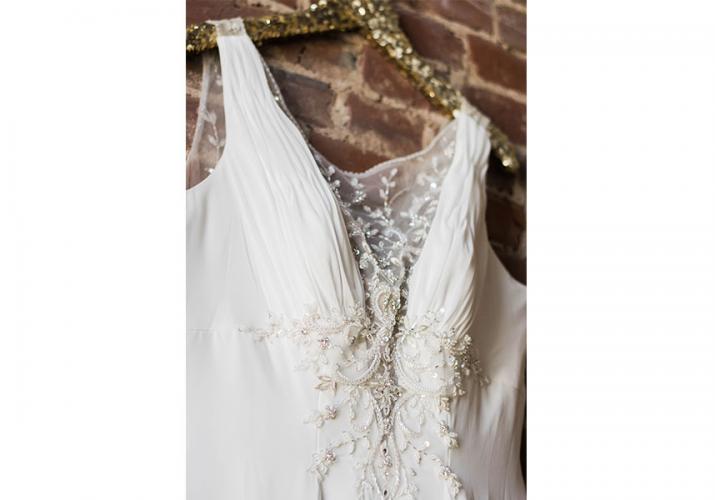 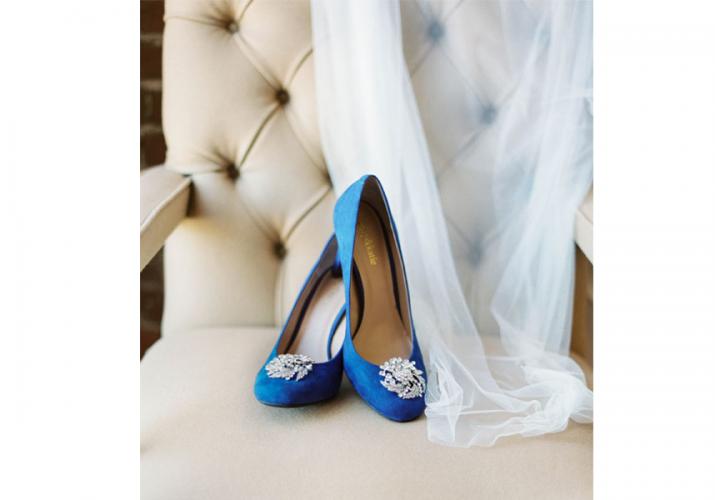 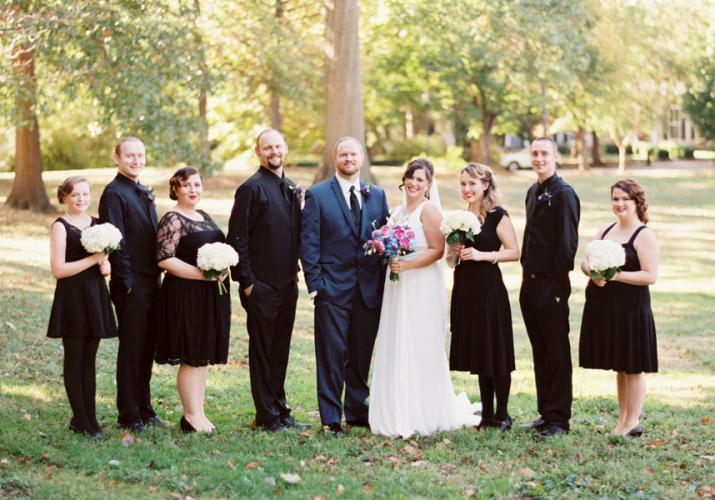 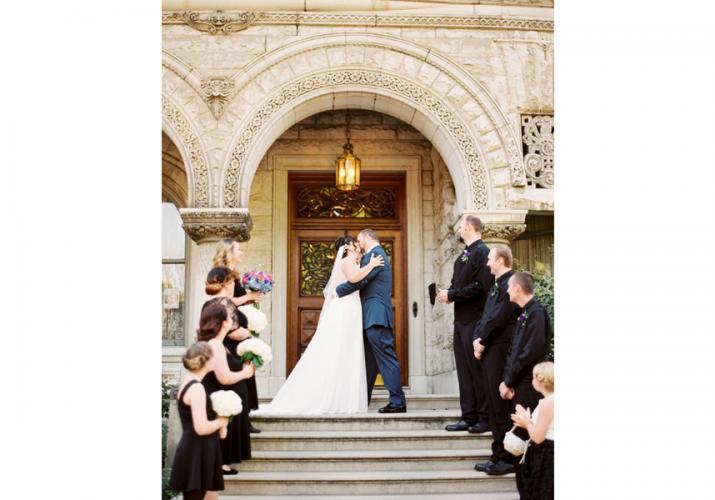 When it comes to love, it’s been said that opposites attract. This couldn’t be more true for any couple than Erin and Christopher.  Erin is outgoing, fun-loving and always has the travel bug. Chris on the other hand is more laidback and reserved, very much a homebody.

“We chose the venue because it fit perfectly with everything that was desired from aesthetics to availability to cost."

Erin and Christopher met when they both began working at the Amazon.com fulfillment center. The moment Chris knew Erin was the woman he wanted to spend forever with, he couldn’t wait to ask her. The day he bought the ring, he couldn’t wait to ask Erin to be his wife, so he just went for it and popped the question that same day after Erin returned home from her co-worker’s baby shower.

The couple tied the knot on October 22, 2016 at the Conrad-Caldwell house in St. James Court. After taking a tour of the house and surrounding neighborhood of Old Louisville and Central Park, there was no doubt this would be where they got married.

“We chose the venue because it fit perfectly with everything that was desired from aesthetics to availability to cost,” Erin said.

Every detail of their wedding and reception was personalized to their taste and personality. Instead of having a first dance, the couple played the shoe game, coming up with their own mix of questions instead of the ones found online. Instead of speeches, Erin presented her bouquet to her mother to honor her parent’s anniversary date, which they share. There was a caricature, as well as giant Jenga and giant Connect Four for entertainment; and animal masks, snacks and bubbles to entertain the children.

“I don’t know if we did anything traditionally at all,” Erin said. “It was a non-traditional ceremony. We used non-traditional music. My sister read an Irish blessing that I put together from a few different ones.”

Erin admits to being too laid back on her wedding day and not allowing the getting ready process to stay on schedule. The photographer planned out ample time, but the bridal party ran so far over with their hair and makeup that the photographs got rushed before the ceremony.

“Plan as much of a stress free day as possible,” Erin said. “Delegate all the tasks, even potential tasks to someone, anyone, but yourself. Remember not everything is going to go as planned, but be ready to enjoy the day no matter how it goes.