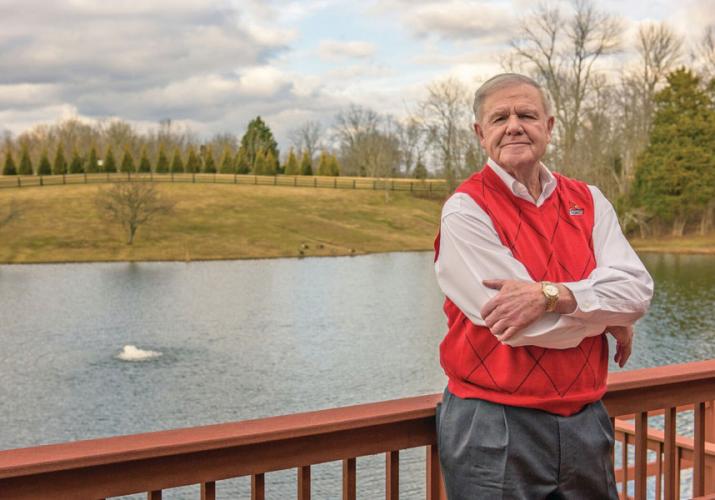 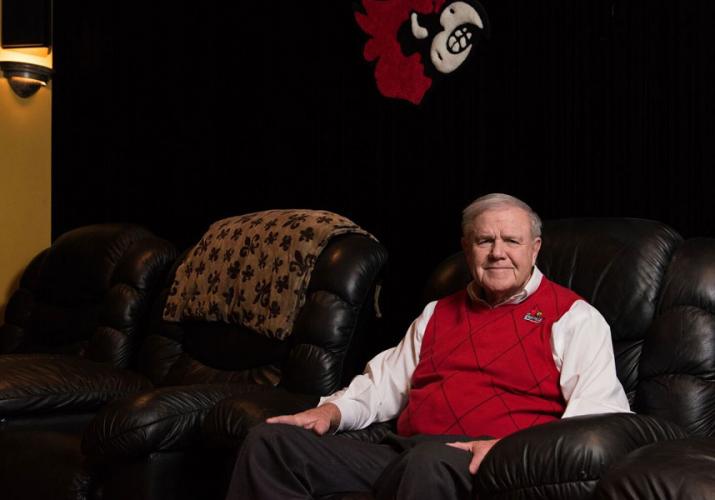 Denny Crum won 675 games and two national titles in a legendary career as the University of Louisville’s men’s basketball coach. That includes wins against Duke, North Carolina, Indiana and UCLA as well as victories over rivals like Cincinnati, Memphis and, of course, Kentucky.

But ask the hall of famer about his most important victory, and you’ll get an answer that will probably surprise you.

“To me, my biggest victory and what means most to me now, is my scholarship (foundation),” said Crum, speaking about the organization established in 2001 shortly after he retired from his 30-year head coaching career.

Since its inception, the Denny Crum Scholarship Fund, aimed at keeping the area’s best and brightest talent here, has helped more than 320 students receive nearly $700,000 in scholarship awards.

For Elizabeth Disney, the scholarship allowed her to reduce her workload so she could concentrate on both her studies and her networking to land her dream job as a strength coach.

“People in my area of expertise typically travel to larger cities with professional sports teams, but I was able to stay in Louisville; close to my family and friends; like I had always wanted,” she said.

Now an official part of the University of Louisville, an effort is underway to build an endowment large enough to allow UofL to issue 100 scholarships a year in Crum’s honor. Like he once chased down national titles, the goal that drives the coach now is to get the endowment in place.

“I like the fact that these students have shown the ability to excel in the classroom, display leadership through volunteer service, and have been active in this community,” Crum said.

“My scholarship is in no way connected to student-athletes only. Anyone can earn it, and that makes me proud of the work we are doing.”

On March 1, a celebration to honor the coach’s 80th birthday will take place at the Ramada Plaza Louisville Hotel and Conference Center, 9700 Bluegrass Parkway. Tickets to the 80th Birthday Bash are $80. Tables of eight are available for $640. Sponsorship packages are also available, said his wife Susan Sweeney Crum.

Nelco is the Championship Sponsor for the event.

While it will benefit the coach’s scholarship fund, it also will honor all the contributions Crum has made to the school over the last 46 years. After coaching, he became a special assistant to the University President and still today serves as a goodwill ambassador, said Sweeney Crum, a news anchor for WFPL-FM.

And the bash will also reflect on how Crum helped lift the stature of both the school and its basketball program.

“The Louisville basketball program was stuck in the mud when a cool Californian named Denzel Crum arrived and suddenly ‘The Ville’ was back in the national spotlight,” said WHAS Radio personality Terry Meiners, who will emcee the birthday gala. “One year later: BOOM! UofL was back in the Final Four and hasn’t looked back since. Thanks, Coach Crum.  You made me love basketball.”

For more information about the Fund, visit fundforuofl.org and click on “Denny Crum Scholarship Award.”