WILL THIS BE THE YEAR? 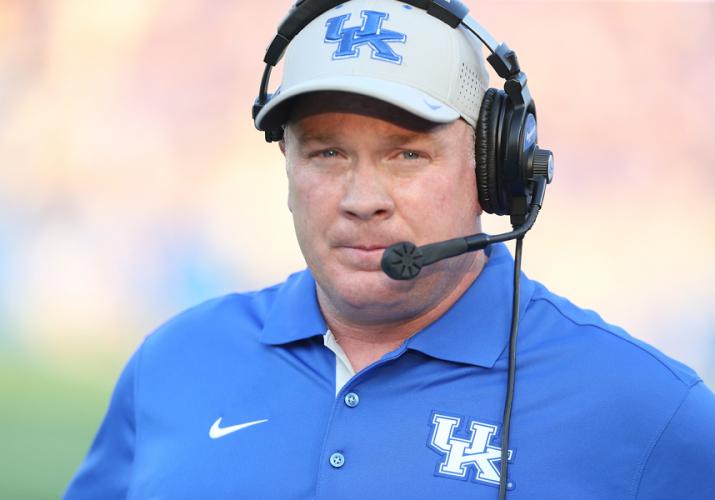 The life of a UK football fan is hard to explain. I compare it to being a Chicago Cubs baseball fan. Every year we get our hopes up that maybe…just maybe…this will be “the year”!
The rallying cry of the long suffering UK football fan is a direct copy of the Chicago Cubs adage, “Just wait until next year!”
But why is that? Why does a large section of the UK football fan base truly believe that the Cats are doomed to fail?
During a recent UK football game, the Cats had a lead going into the 4th quarter at Commonwealth Stadium, and one of the biggest UK football fans that I know turned to me and said as serious as can be, “I wonder how we’re going to blow it this time?”
I think it would take all of the world’s best psychologists to study the mindset of the UK football fan base to figure out why we not only fear the worst, we often expect the worst.
I admit that I struggle with this. I love everything about being a UK football fan. I love the tailgating, I love going to the games, and I’ll go no matter if they win or lose. BUT…and it’s a big BUT…I admit that it just seems like every year the “rug gets pulled right out from under us”.
Our hopes get up, and we often get disappointed. It makes me sad. I want this program to win and win a lot! I want to be a force in the SEC, but how and when will it happen?
One of the saddest locker rooms I’ve ever been in was after Florida beat Kentucky at Commonwealth Stadium in 2003. It was a close game that once again saw the Cats lose a heartbreaker in the final minutes. After the game, UK’s star receiver Derek Abney was crushed. His spirit was crushed. With tears filling his red eyes, Abney tried to answer the
reporters’ questions after the game. He said some things that still haunt me to this day.
“When is it going to happen for us,” he asked the reporters out loud. As his voice broke again, he asked, “When is it finally going to be our turn?”
Every time I see the Cats lose a close game, or lose a heartbreaker, my thoughts always go back to what Abney said on that disappointing September evening. “When is it finally going to happen for Kentucky football?”
We’ve been close a few times.
Tim Couch’s record setting season in 1998 lead to the New Year’s day appearance in the Outback Bowl. The entire Commonwealth went football crazy. My colleague, Larry Vaught from “Vaught’s Views”, had always told me that, “Kentucky is really a football state!” The way the UK fan base responded during the 1997 football season was proof of what Larry had been trying to convince me.
We were also close at the end of the “Rich Brooks era”. Every year ended with a bowl game. Every year seemed to include a big monumental win, including the historic win over #1 LSU in 2007. The fan base was happy.
I was happy.
Which leads us to this season. I’m anxious to see how this season unfolds. For the first time in a long time, Kentucky actually has more talent than 3 other Southeastern Conference teams on their schedule – Vanderbilt, South Carolina and Missouri. Adding to the optimism is the fact that the Vandy and South Carolina games are at Commonwealth Stadium this year.
I strongly believe that Mark Stoops is the best man to be the head football coach at Kentucky. Stoops and his staff have been recruiting at a level that we’ve never seen here at UK. The talent level is way up. Stoops is doing something that I thought for years couldn’t be done here at Kentucky. I said many times, “It is impossible for UK to recruit against the ‘big boys’ in the SEC.” Stoops and company have been proving me wrong.
Which leads me to another belief among UK football fans, “If coach Stoops can’t win ‘big’ here, then nobody can.”
The coaches are better. The players are better. The stadium is better. The facilities are better. We’ve run out of excuses.
Now it’s time to go WIN!