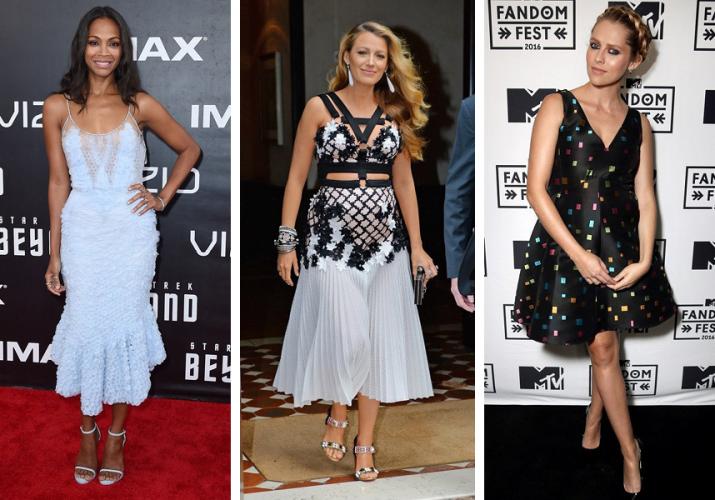 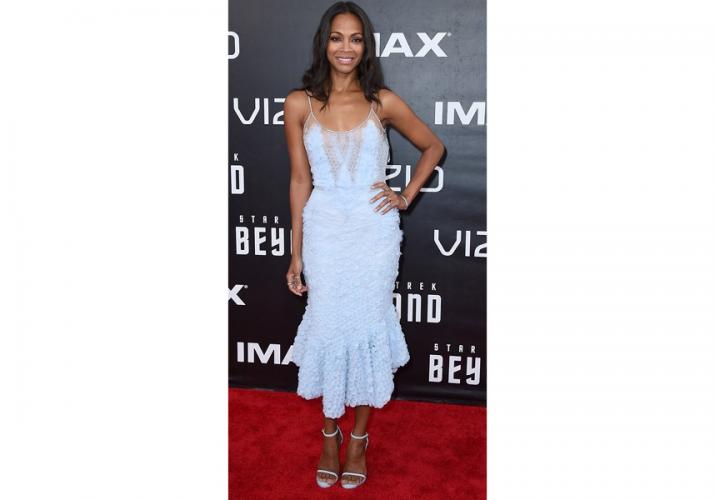 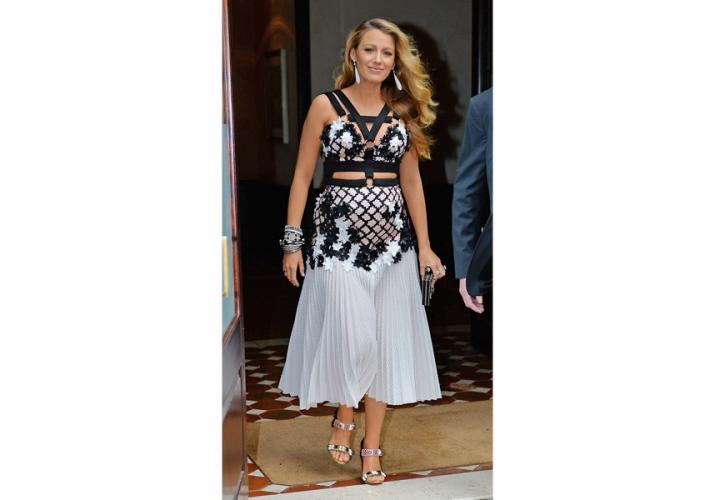 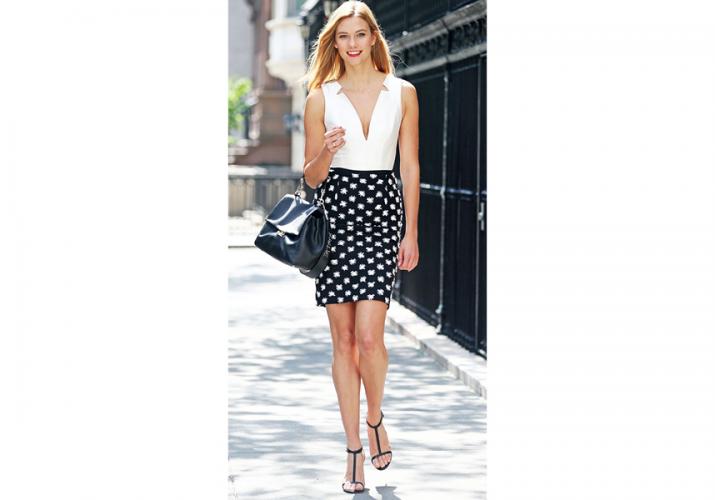 4. Who: Karlie Kloss | Wearing: Carolina Herrera | Where: Out In NYC | Photo Credit: Splash

5. Who: Naomie Harris | Wearing: Self Portrait | Where: The Bodyguard Musical | Photo Credit: PA 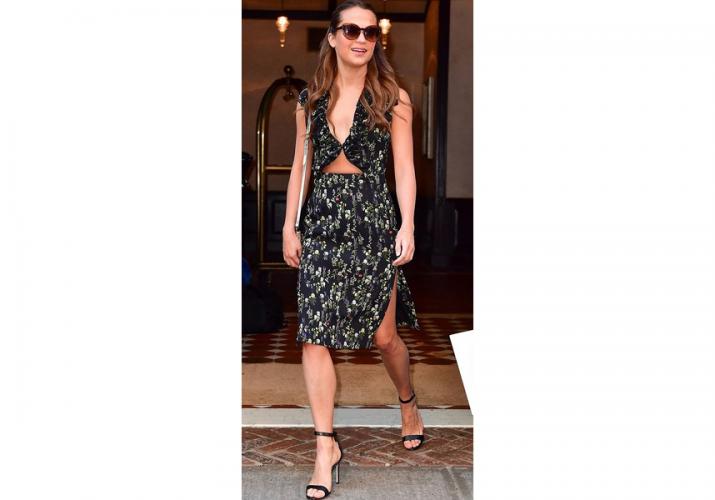 6. Who: Alicia Vikander | Wearing: Preen | Where: Out In NYC | Photo Credit: Getty 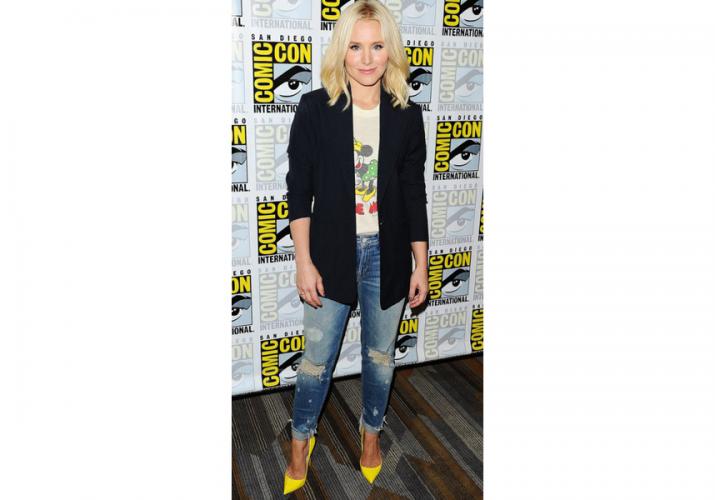 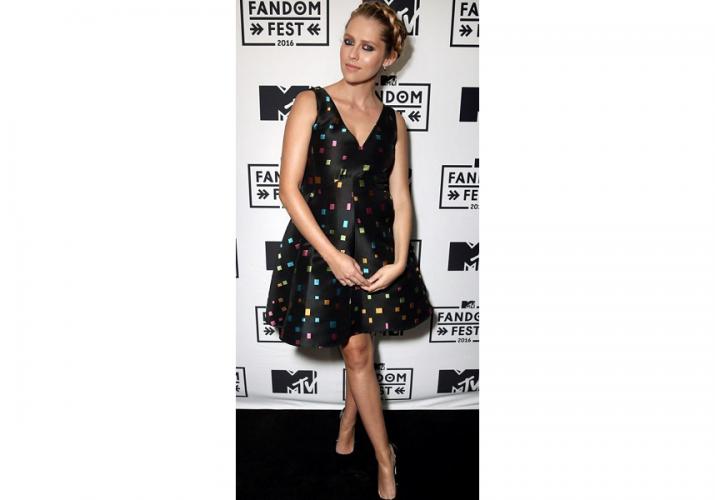 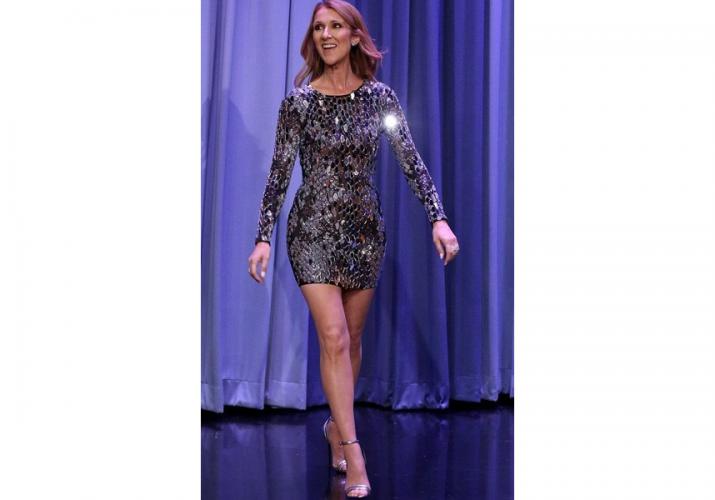 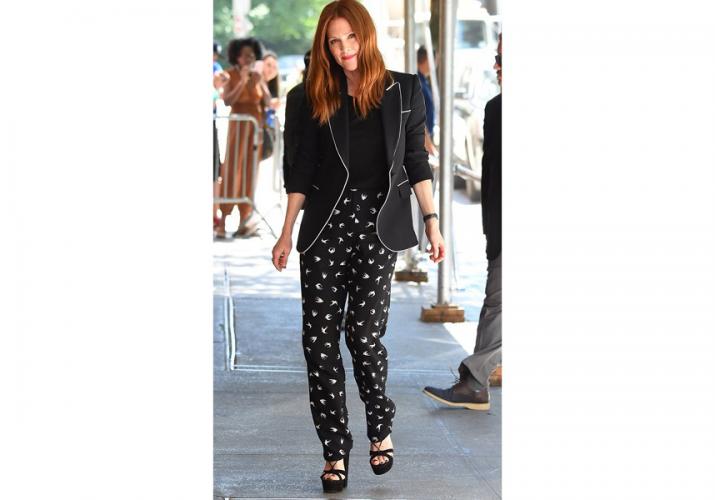 10. Who: Julianne Moore | Wearing: Alexander McQueen | Where: Out In NYC | Photo Credit: Rex

When you're Zoe Saldana there's basically nothing you don't look great in. Which is what made choosing only one stylish look from the talented beauty so difficult. While out promoting her latest film 'Star Trek Beyond', Zoe donned one fabulous outfit after another. But it was this sexy, summery frock by Givenchy that nabbed our #1 position. At Comic Con in San Diego, 'Bad Moms' star Kristen Bell took the casual-chic route, pairing a vintage Minnie mouse tee with a Topshop blazer, Mother Denim jeans, and bright yellow Louboutin pumps. The vibe at the annual event is never too dressy, so we think Kristen nailed this look from head to toe. On 'The TonightShow Starring Jimmy Fallon' one of the world's brightest stars, Celine Dion sparkled in a mirrored Mikael D mini dress. Celine not only showed off her great fashion sense, but also her range of vocal skills. The French Canadian songtress played the 'Wheel of Musical Impressions' game with Fallon, and wowed us even more. The queen of maternity style, Blake Lively was at it again, this time catching our eye in a peek-a-boo Emanuel Ungaro design. Mrs Reynolds radiated confidence, grace, and that beautiful mommy-to-be glow. To see all of these noteworthy celebrity looks, plus many more, check out our Best Dressed gallery above.
Posted on 2016-07-25 by Jesse L. Brooks