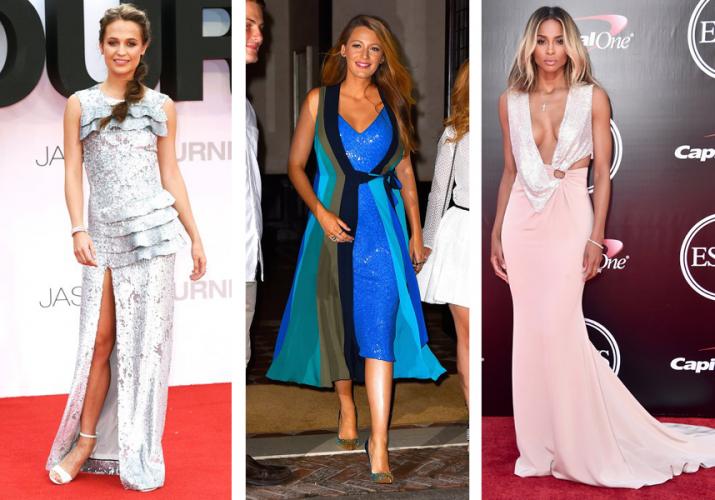 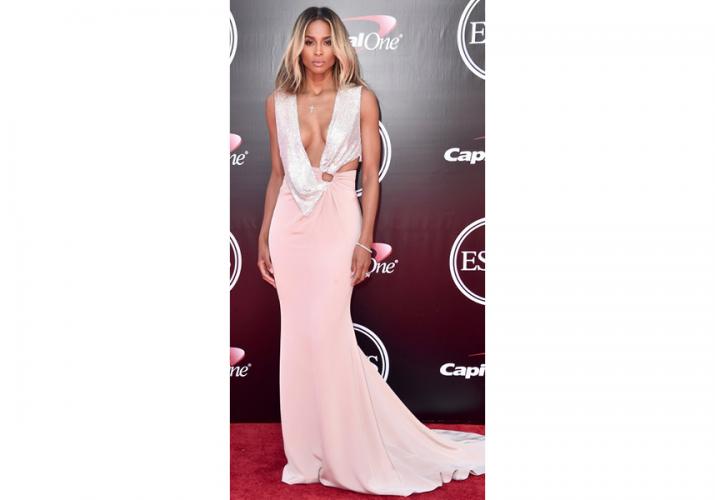 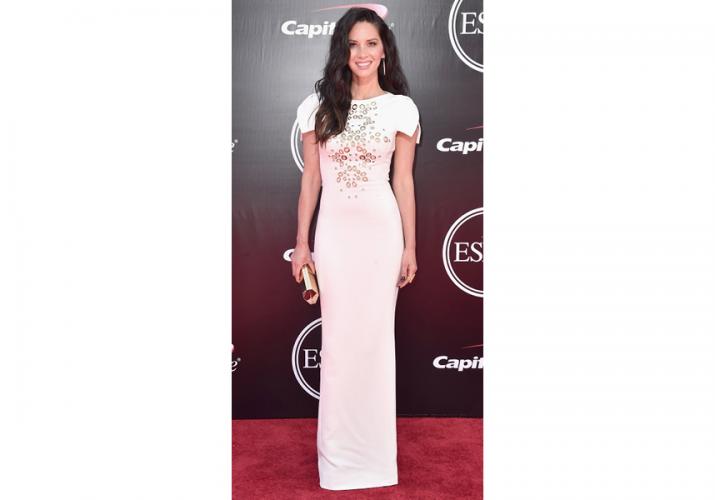 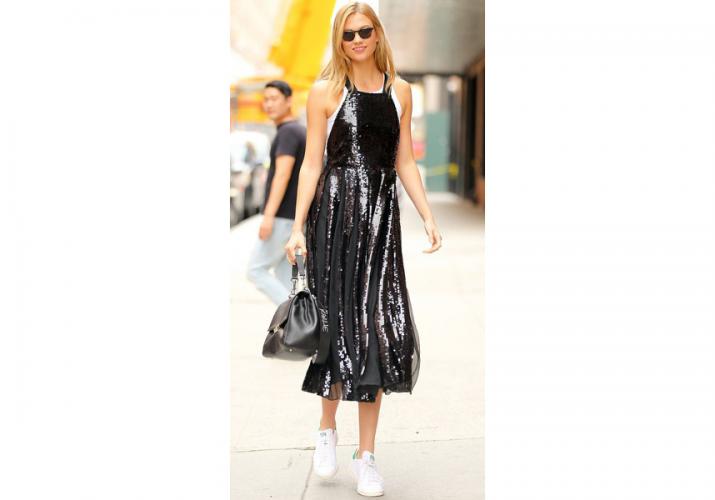 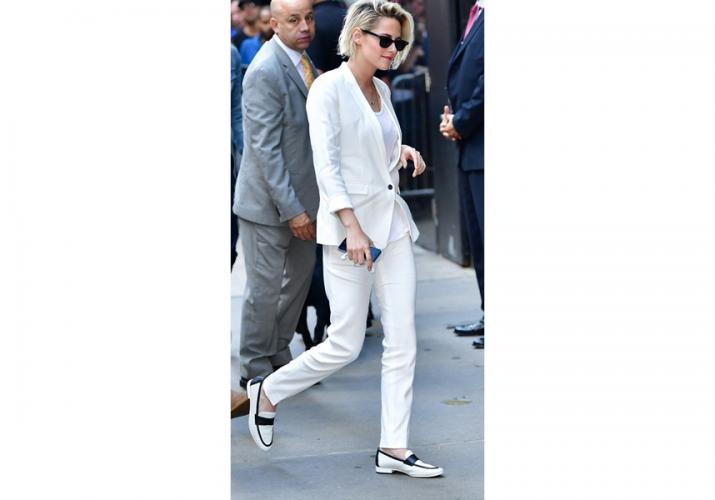 9. Who: Kristen Stewart | Wearing: The Kooples | Where: Out In NYC | Photo Credit: AKM-GSI 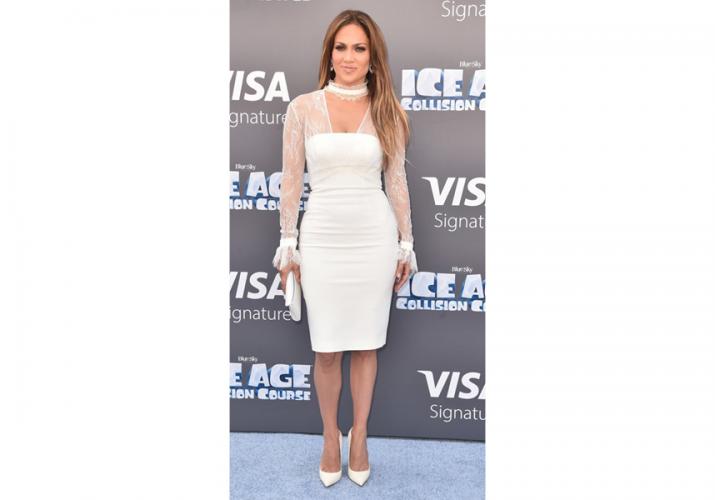 When you think of the annual ESPY Awards (which recognizes athletic achievement), you might not immediately think of glamour. Leave it to the ladies of Hollywood to bring their A+ fashion game to the ceremony's red carpet. Singer Ciara, known for her sexy selections, oozed sultriness in a plunging Cavalli pale pink gown, trimmed in draping twinkling embellishment. Olivia Munn was a little more demure, but just as stunning. The dark haired beauty wore an elegant Antonio Berardi creation, while supporting her quarterback boyfriend, Aaron Rodgers. The 'Jason Bourne' promo tour was in full effect, with Oscar winning newbie Alicia Vikander making the rounds all over the globe. Our favorite of her many looks was a shimmering, tiered gown by Louis Vuitton. Alicia is an ambassador for the brand, so it's no surprise she rocked the look from head to toe. In NYC, Blake Lively continued to have yet another flawlessly stylish pregnancy. The 'Cafe Society' star wore a vibrant blue DVF wrap dress and blingin' Louboutin pumps while out promoting the film's release. In L.A., "Ghostbusters" front lady Melissa McCarthy showed off her curves at the film's premiere in a sunny lace number by Judy Schwartz. The funny starlet is living proof that the number inside your dress makes no difference, it's all about how you own it. To see more of our favorite celebrity fashion from the past week, check out our Best Dressed gallery above.