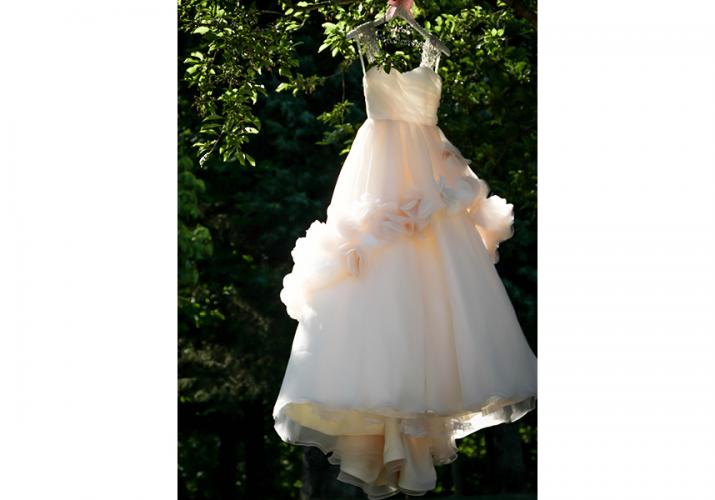 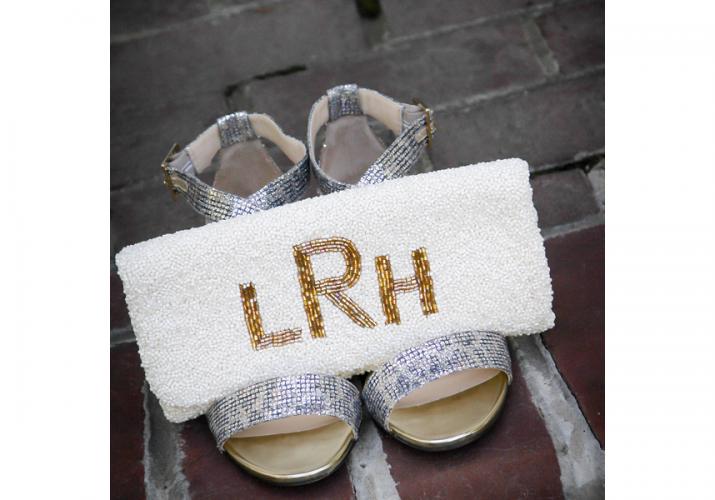 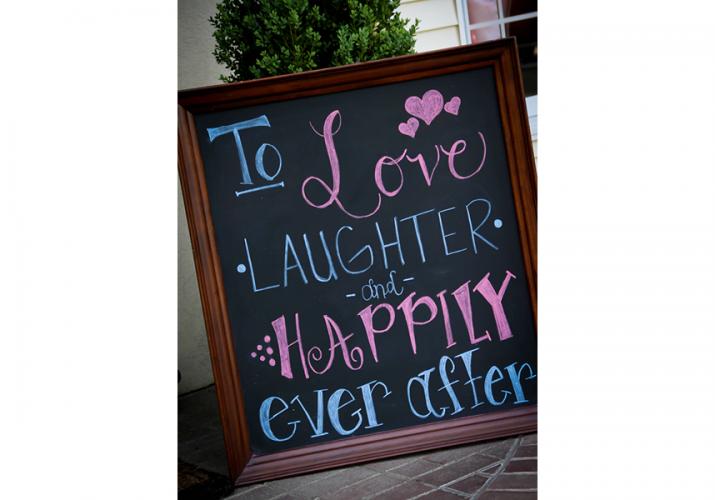 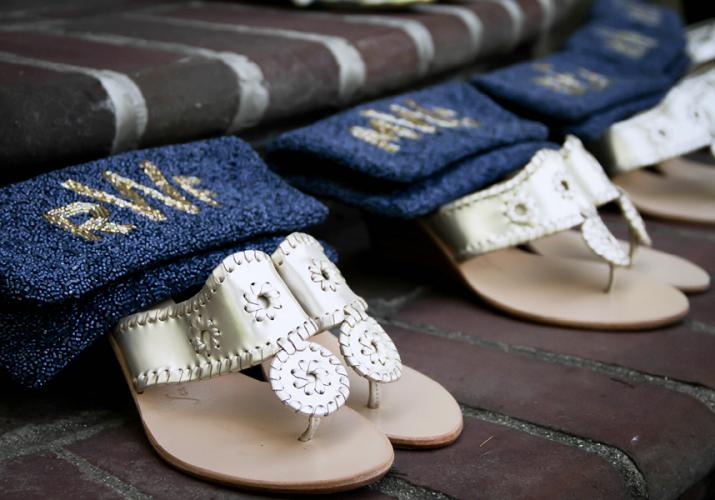 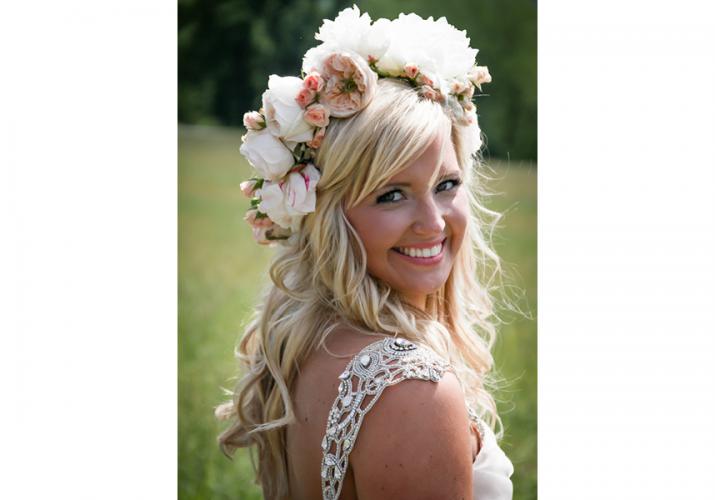 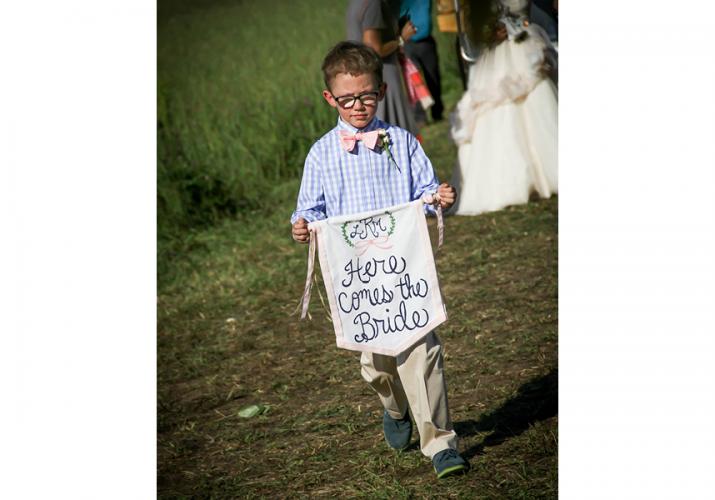 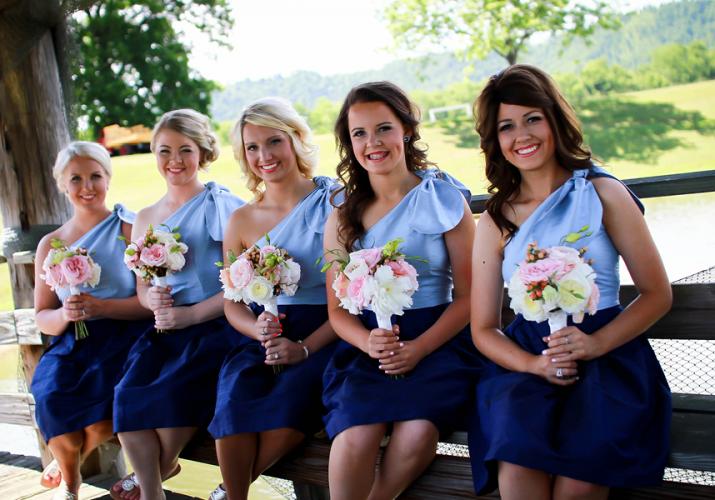 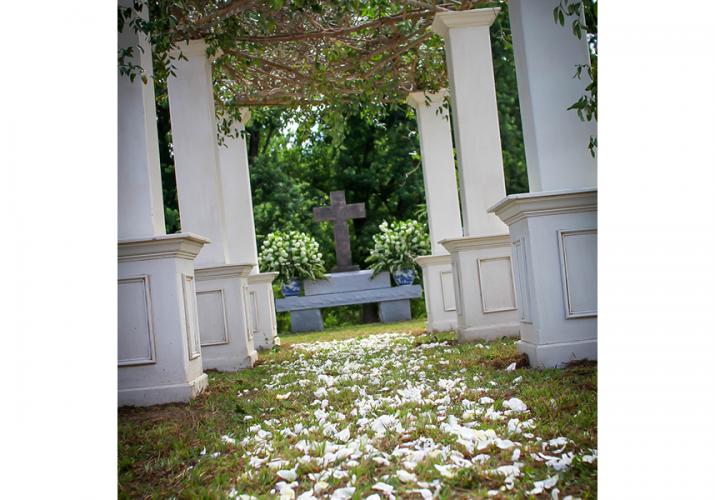 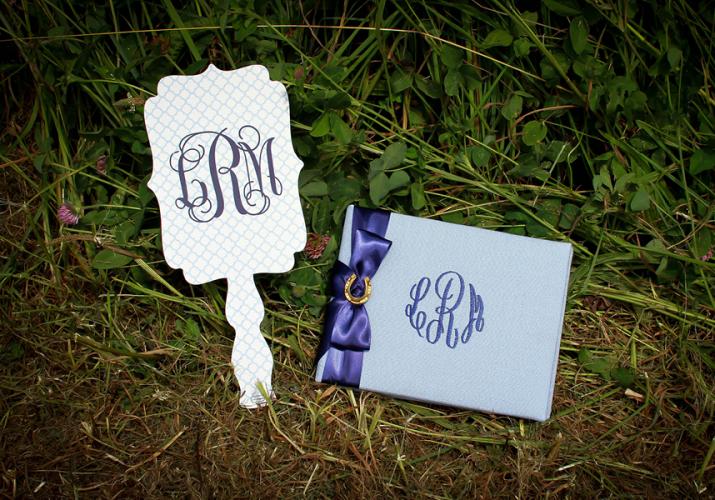 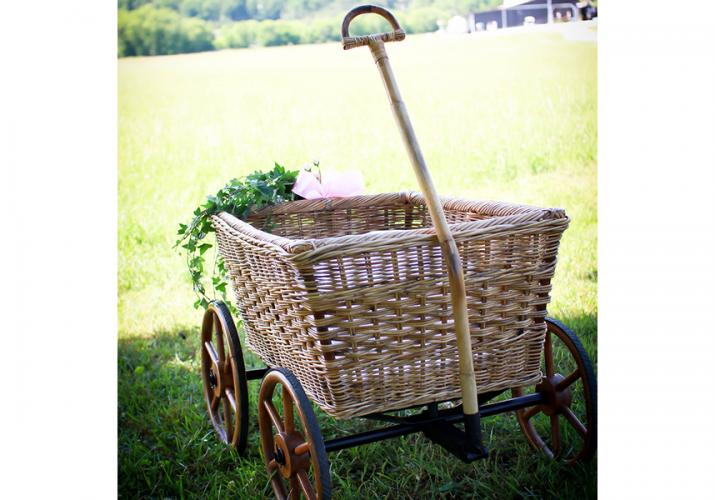 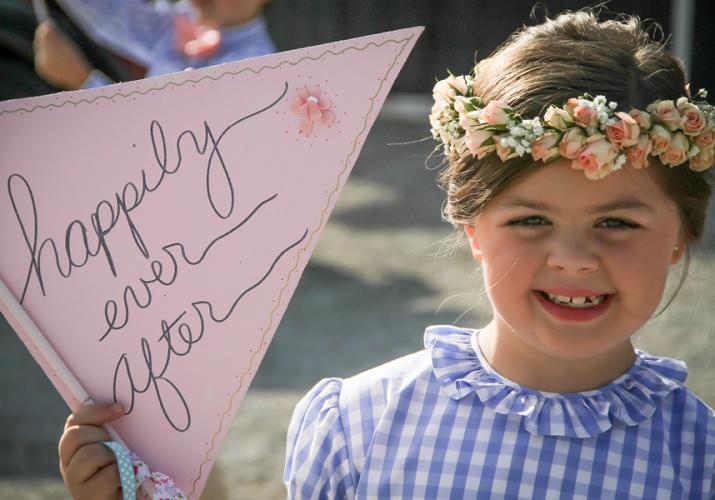 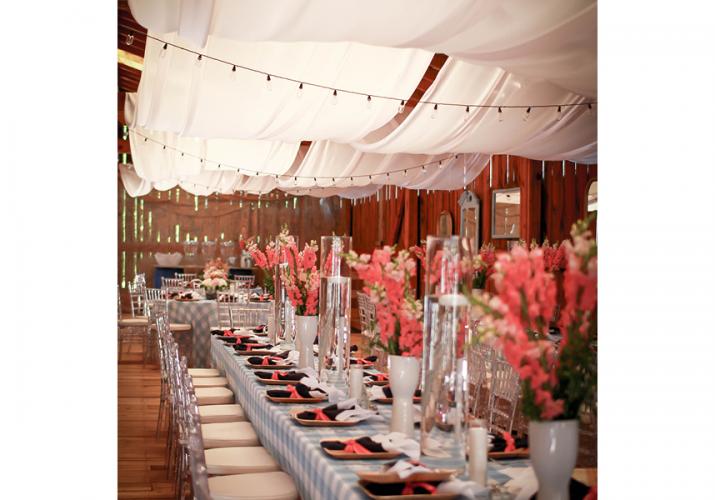 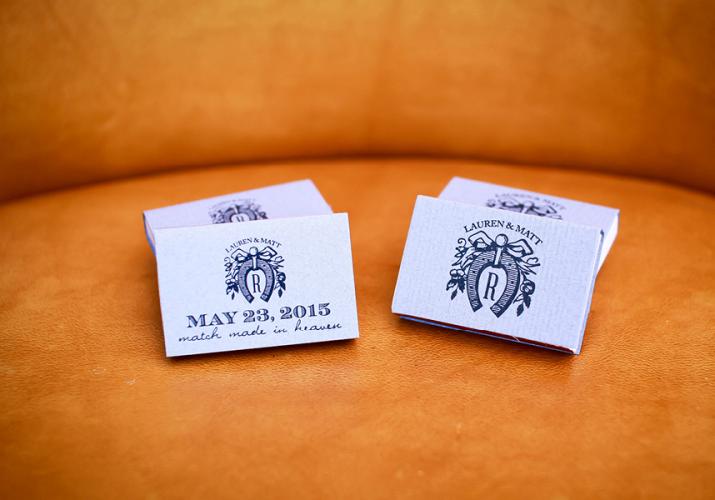 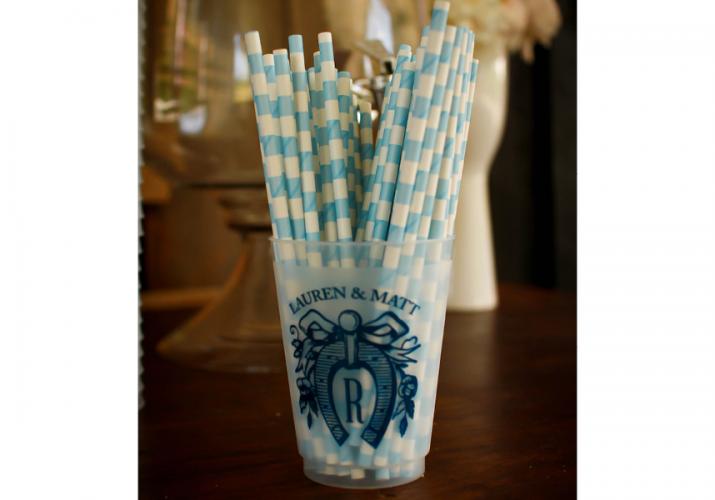 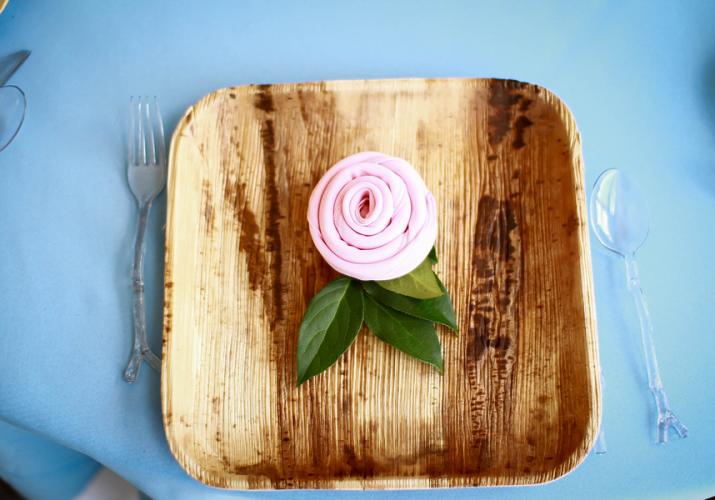 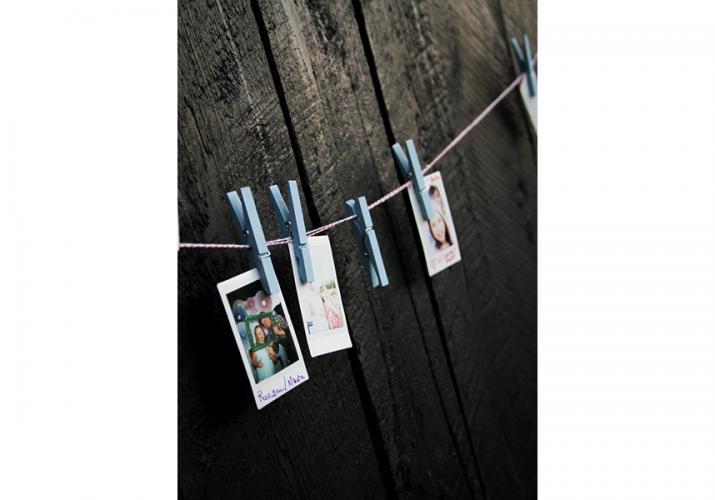 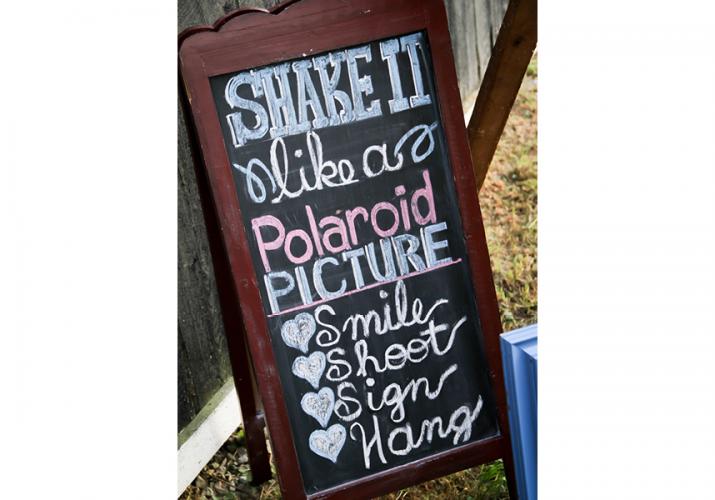 Matt coached Lauren’s brother on the local high school's football team. Lauren first saw Matt at an athletic banquet at the end of the season, where  later that evening, a coach set the two up. Their time spent together was so wonderful, they were engaged after only four short months! When friends and family would ask if they were sure, Lauren and Matt would always just smile and reply, “When you know, you know!”
Their engagement was the day before Matt’s birthday and the hottest of the year. They hiked out on one of the trails around Cumberland Falls. Lauren climbed to the top of a rock to lie in the sun with her eyes closed (“like a lizard,” she put it) while Matt wandered away. He returned and tapped her on the shoulder. He asked Lauren if she loved him. She laughed and said yes. He tapped her on the shoulder again, and this time, she turned around. He asked, “Then, will you marry me?” Matt had gone and arranged for another hiker to capture the moment on camera.
Despite growing up just five minutes apart, the two never met until they were in their twenties. Matt played football for the University of Kentucky, and the two are now Lexingtonians. They enjoy watching UK sports, walking around their neighborhood and talking and laughing during supper.
The morning of the wedding, Lauren, her bridesmaids and her family gathered at her mom and dad’s house for a honeymoon shower and bridal breakfast. They got their hair and makeup done while dancing, laughing and reminiscing.
During the first few months of their relationship, the couple spent a lot of time out on Matt’s family farm. They knew there wasn’t any other place on earth they would rather be married than Pickard Farm. Lauren and Matt had a first look moment. They walked together on the pier and Lauren was unpleasantly surprised when a gust of wind picked up her veil and nearly tossed it in the pond! Fortunately, it was saved by a rail.
The wedding ceremony was held out in the field on an altar Lauren’s dad made out of concrete. He made six columns to line the aisle and they thatched a covering out of tree limbs. Lauren wore a flower crown of peonies and rosebuds with a veil monogrammed in blush to match her gown. Her cousin, Cathy Jacobs, lent her a pair of pearl and diamond earrings as the bride’s “something borrowed” while another cousin, Joy Robyn Dixon Fenwick, gave her an antique compact as her “something old”; a blue patch sewn into her dress was the “something blue”. The couple exited the ceremony in a bright red farm truck decorated with tin cans.
The reception was held in the barn. Lights were strung both inside and outside through a tent that was attached for dining space. Blush fabric was draped from the ceiling. In the loft, a pink cotton rag garland stretched from one end of the barn to the other and marked off additional seating space. Tables bore bouquets of snapdragons or peonies with hydrangeas: the bride wanted as many flowers in the barn as could fit! Pale blue gingham tablecloths gave the space a down-home feel. Place settings were accented with napkins in the day's signature colors.
A cigar roller from Kentucky Gentleman Cigars handed out bourbon-dipped cigars and did a demonstration of the rolling process. Corn hole boards painted by a friend of the bride provided entertainment and guests snapped instant photos in a photo booth. With two dance floors and lots of room for dining and having fun, there was plenty for guests to enjoy. Everyone was well fed, with barbeque, rotisserie chicken, roasted vegetables and mashed potatoes. The couple couldn’t decide on one cake flavor, so they chose vanilla, Key lime and pink lemonade, rustically iced with buttercream and topped with roses of various sizes.
The sweet, memorable evening was a perfect celebration for Lauren and Matt, who are fun-loving and outdoorsy. Guests left with a horseshoe in a canvas monogrammed bag and the love and appreciation of a happy couple beginning their lives together.
Details
Photographer: Krystal Jones Photography
Venue: Pickard Farm
Catering: Gourmet Goodies : Thelma & Grateful Ed's
Wedding Planner: Brenda Corey
Set Designer: Joy Robyn Dixon Fenwick
Florist: Brenda Corey
Bridal Gown: Hayley Paige
Bridesmaids' Attire: Lula Kate
Children's attire: Oscar de la Renta
Groom & Groomsmen Attire: Geno's and Collared Greens
Cakes: The Sweet Shoppe
Robes: Pomegranate, Inc.
Reception Chairs: Donna Corey
Hair & Makeup: Alicia Hinkle