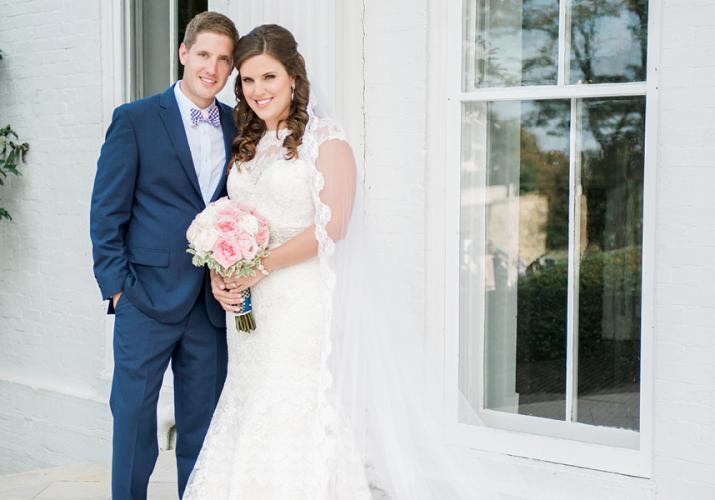 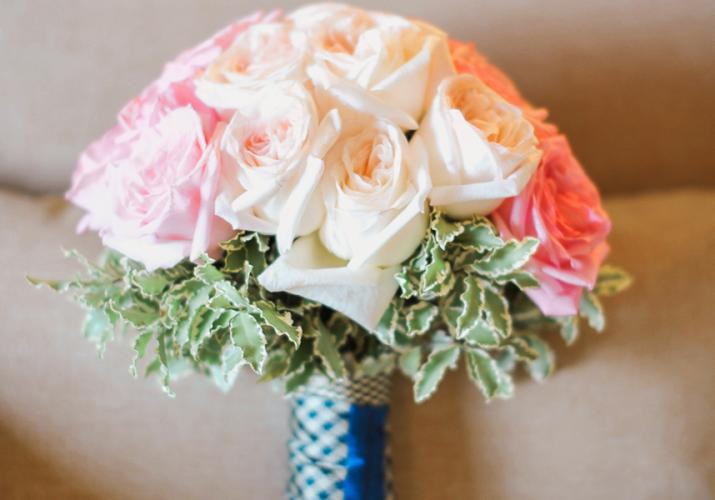 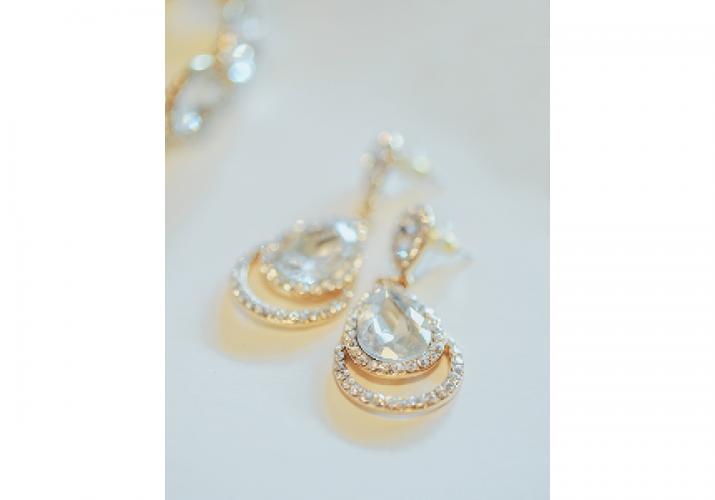 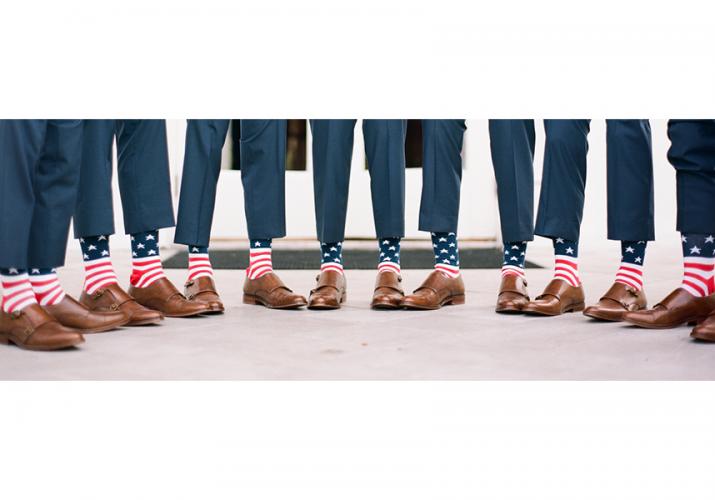 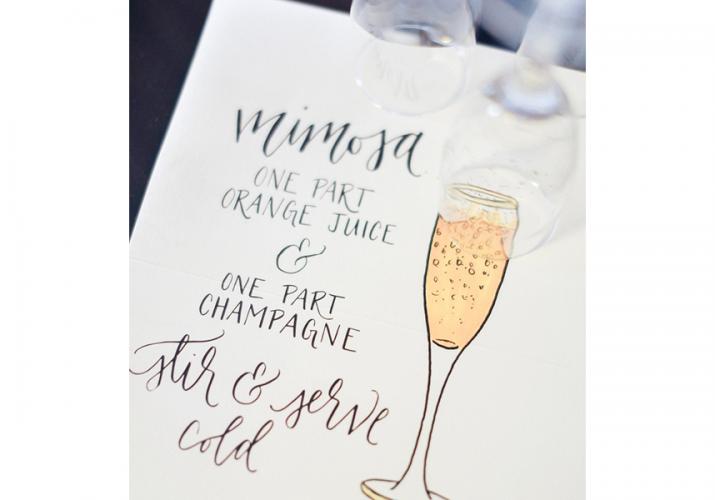 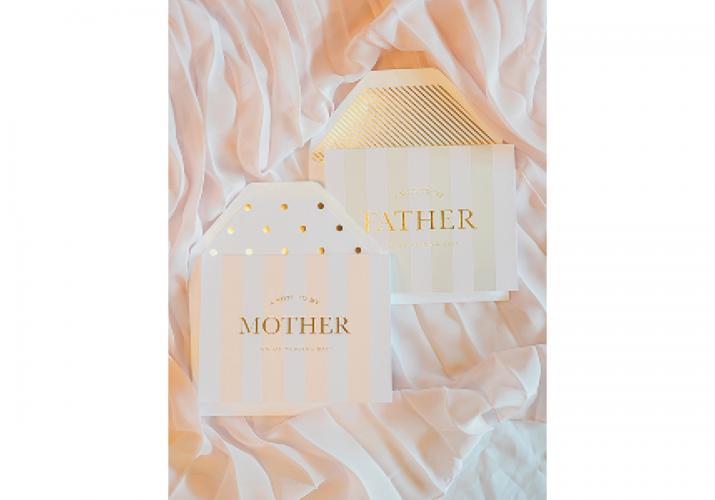 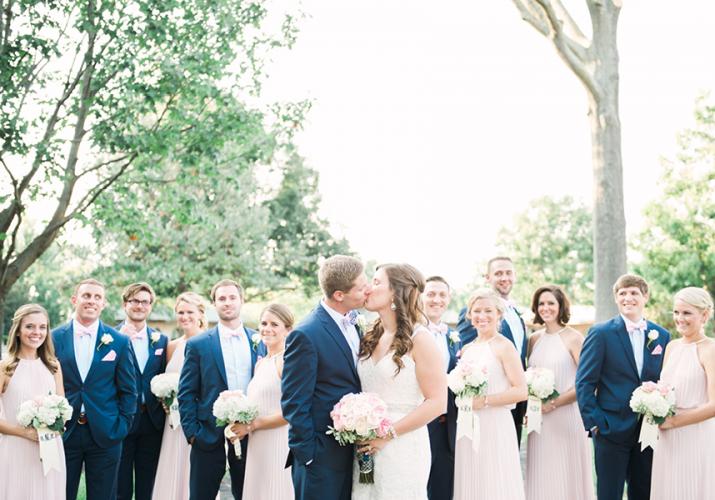 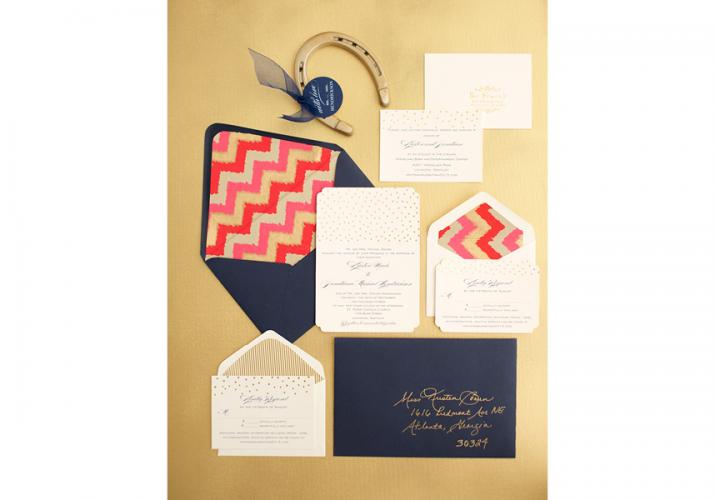 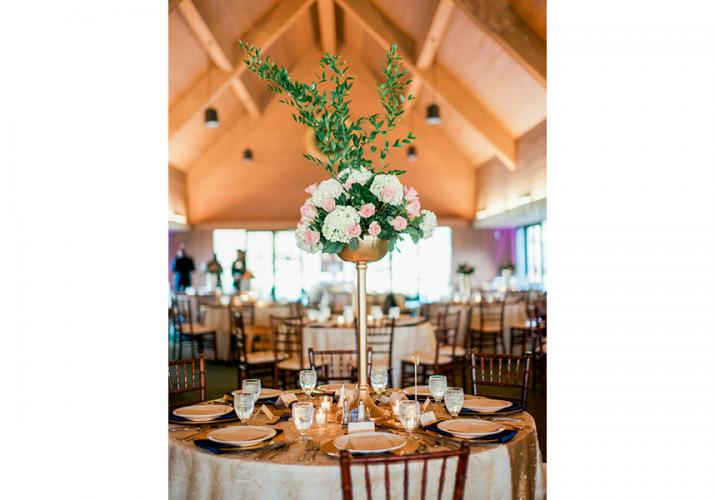 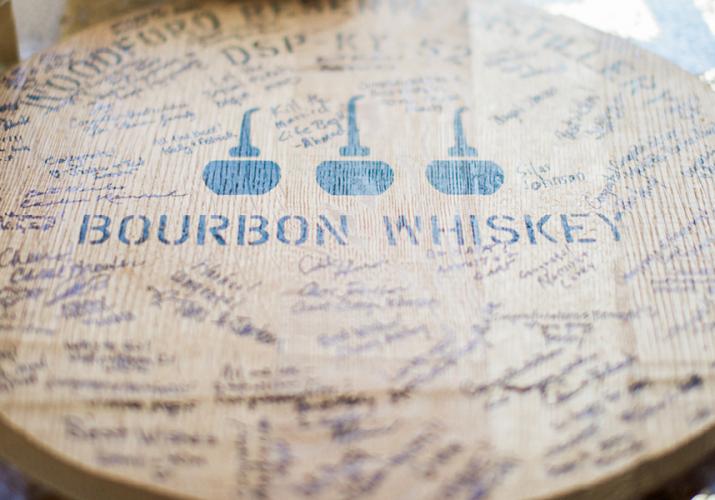 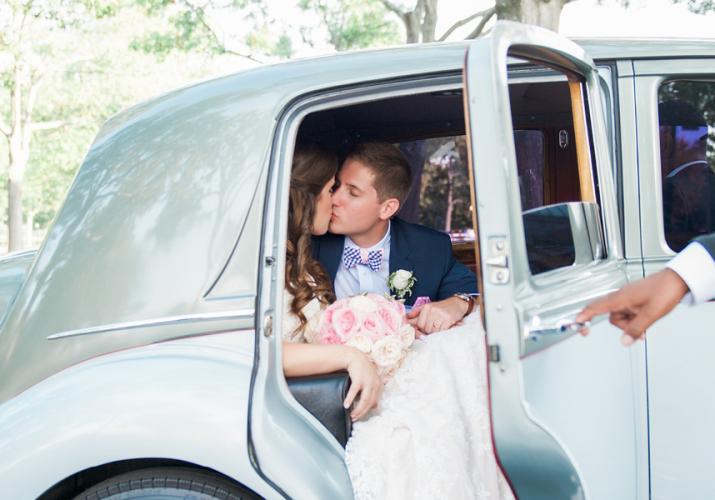 Kristen grew up in Versailles and met Jonathan during her senior year at the University of Alabama. They began dating and found they shared a love of traveling, going to the lake and watching sports–both UK basketball and Alabama football. They love going to the wineries in the North Georgia Mountains, and Jonathan knew it would be the perfect place to propose. So one hot June day, he drove them to their favorite winery, Montaluce, and proposed within five minutes because he was so nervous!
Though they both now live in Atlanta, it was clear from the beginning that they would return to the bride’s hometown for their big day. Since many of their guests were coming from far away, they wanted to incorporate as much of what makes Kentucky special into their wedding day as possible. The bride created her invitations with a mix of materials. She hand cut the Paper Source envelope liner paper to match the invitations, ordered from Gartner Studios.
They chose to have a first look at the Mansion at Griffin Gate. It helped calm their nerves.  Kristen’s father picked her up in a vintage 1950 Rolls Royce for the trip to the ceremony site, St. Peter’s Catholic Church.
The aisle was lined with pink and white rose pew arrangements, alternating with white and gold lanterns that illuminated the space with candlelight. The Carnegie Quartet provided classical music during the ceremony, which was officiated by Fr. Norman Fischer. Guests filled the air with bubbles as the couple made their exit to the reception.
The bride wore a lace jacket for the church ceremony, which she removed for the reception, showing off her gown’s lace straps and keyhole back. Later on in the evening, she transformed the dress again, removing the straps entirely. She carried her late brother’s tie wrapped around her bouquet to have him close during the ceremony. She also carried an heirloom linen handkerchief, which has been carried by every bride in her mother’s family for 125 years. Her veil was also a family treasure, originally handmade and beaded by her late grandmother and worn by her mother on her wedding day 32 years prior. The groom and groomsmen wore navy with pink gingham bowties from High Cotton Ties and pocket squares, adding a touch of whimsy.
The cocktail hour was held outside of Keeneland’s Keene Barn. Draped white bulb lights that swayed in the evening breeze, hung from the willow trees on the grounds. Guests sipped signature cocktails created in honor of the bride and groom while nibbling hors d’oeuvres like Kentucky Hot Browns and Pretzel Spoon Short Rib BBQ. They signed a Woodford Reserve barrel top, a special keepsake for the couple.
The reception progressed into the Keeneland Entertainment Center. Guests were treated to an elegant dinner of prime rib. Adults perused a full premium bar while kids (and the kids at heart) enjoyed a pink-themed candy bar. Kristen and her friend crafted the signage boards for the wedding. The table linens included gold overlays with gold glitter table runners. The head table bore a long pink and white rose table runner and gold accents. The three-tier Mr. and Mrs. cake continued the day’s gold champagne bubble theme, and the script topper complemented the table number signs.
Two separate lounge areas featured seating and pillows by the bride’s employer. A dance floor allowed guests to cut loose to the tunes of the Donny Brook band.
The couple exited through a tunnel of sparklers. As a special gift to each of their guest, the couple found real Thoroughbred horseshoes. With the help of family and friends, they scrubbed and painted each one gold. Every guest went home with a little Kentucky luck and the love and appreciation of Kristen and Jonathan.
Details
Photographer: Christine Cornwell
Venue: Keeneland Entertainment Center
Catering: Turf Catering
Florist: Doug Smith Designs
Wedding Planner: Doug Smith & Glenn Blind
Bridal Gown: Allure Couture Collection
Hair & Makeup: Pink Lou Lou, Allison Johnson
Bridesmaids' Dresses: Belk
Groom/Groomsmen Attire: Jos. A. Bank
Invitations: Papersource and Mother of the Bride
Cakes: Cakes by Leigh
DJ/band: Donny Brook
Ceremony Music: Carnegie Quartet
Exit Photography:Adam Brester