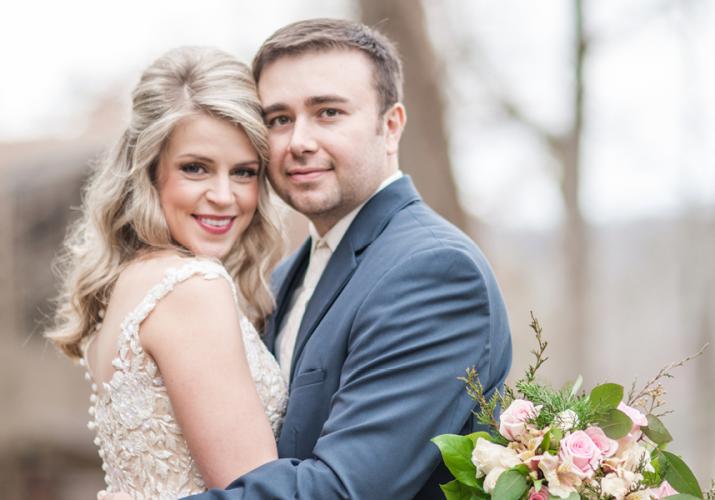 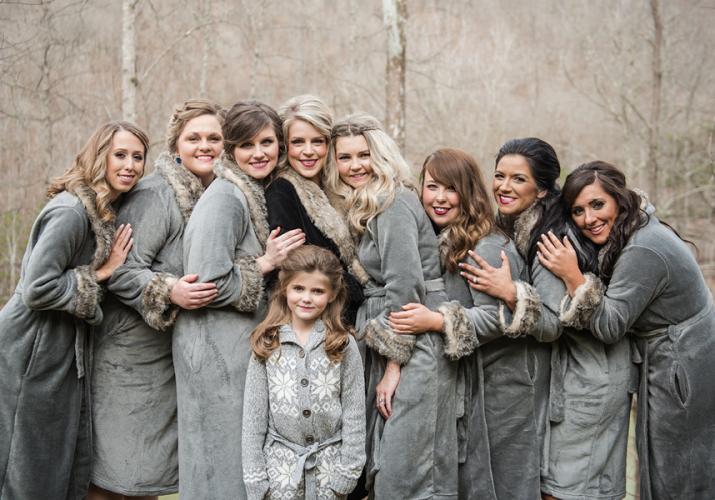 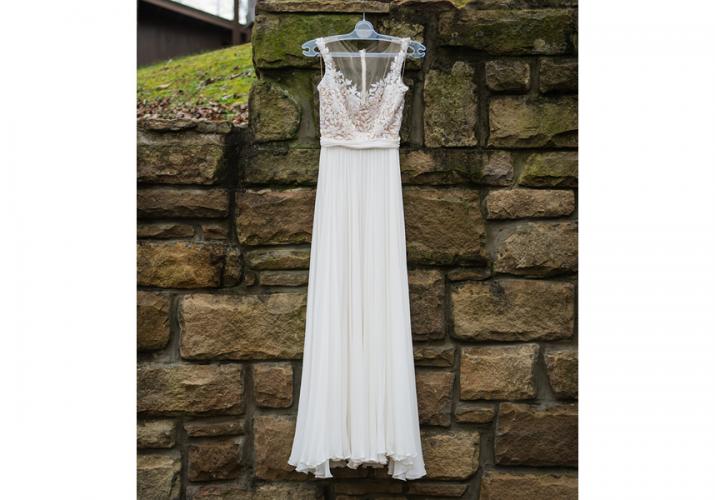 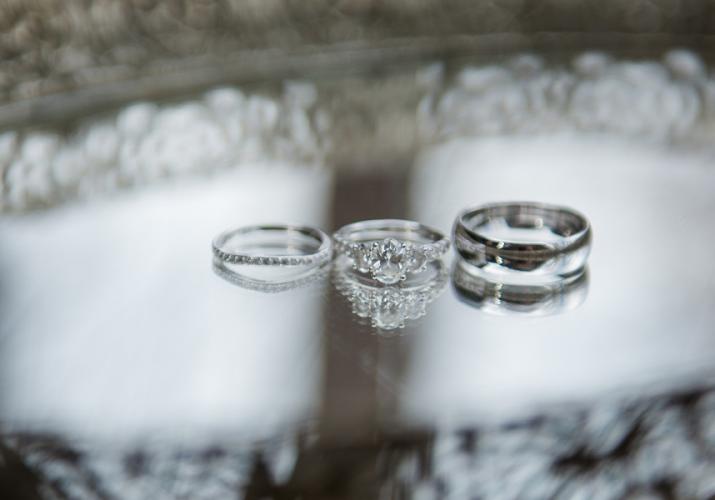 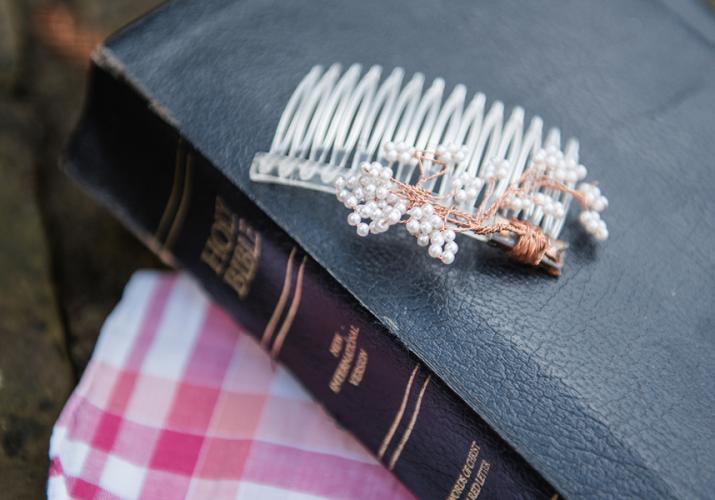 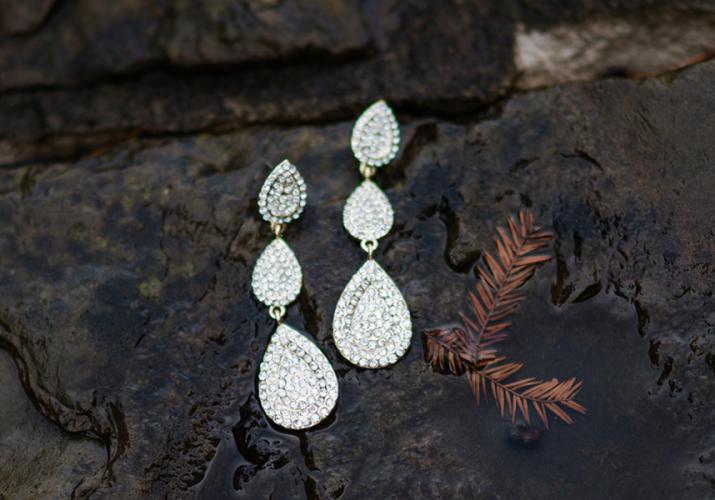 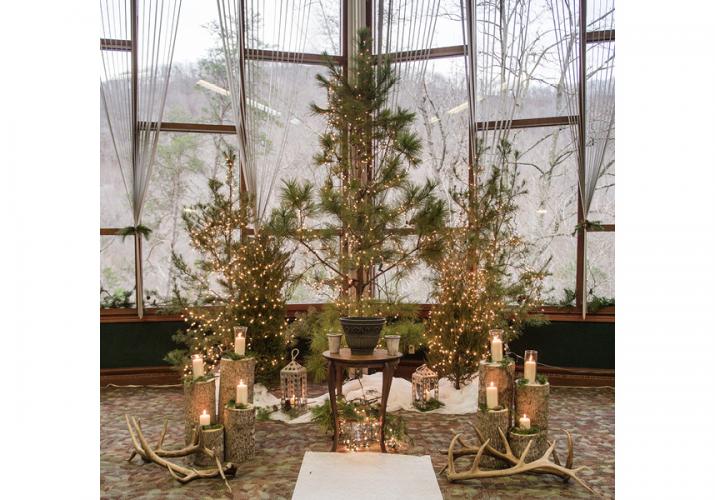 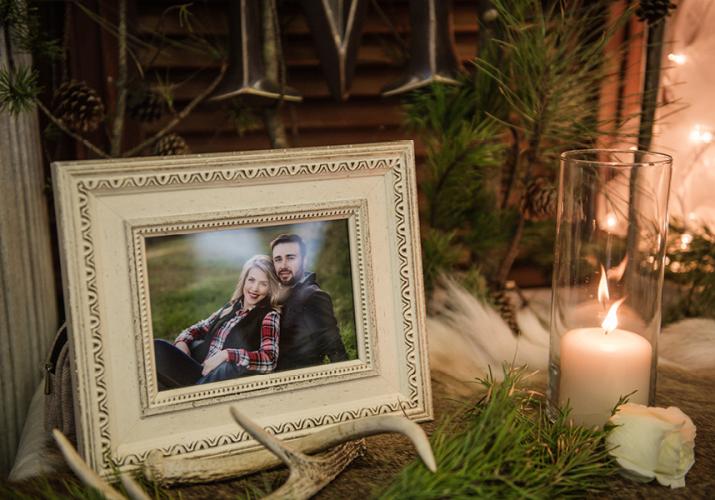 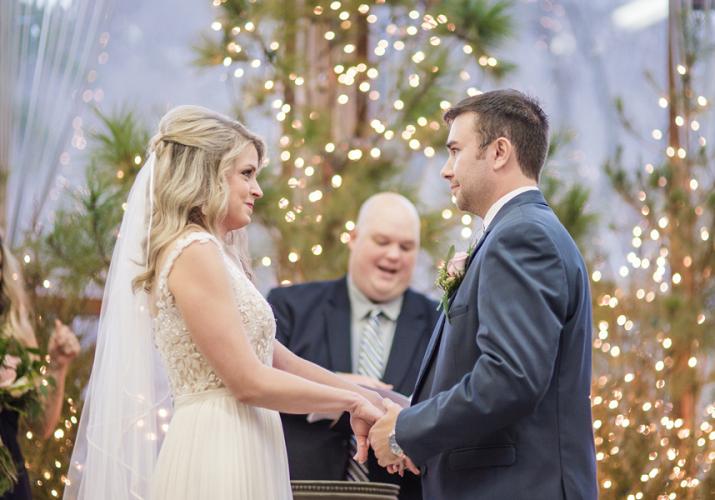 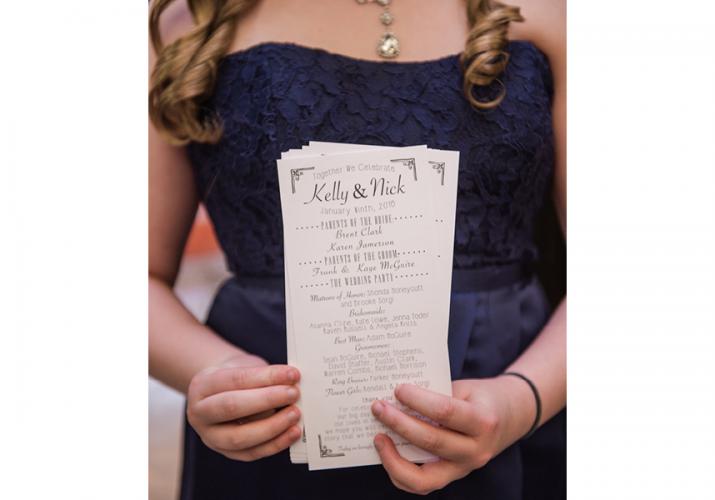 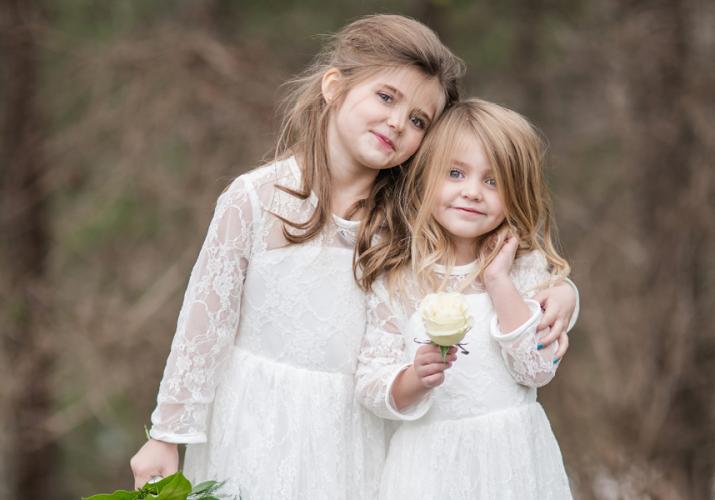 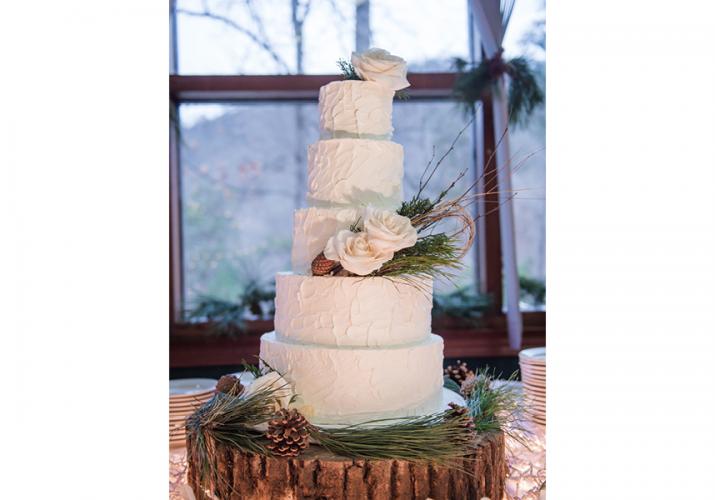 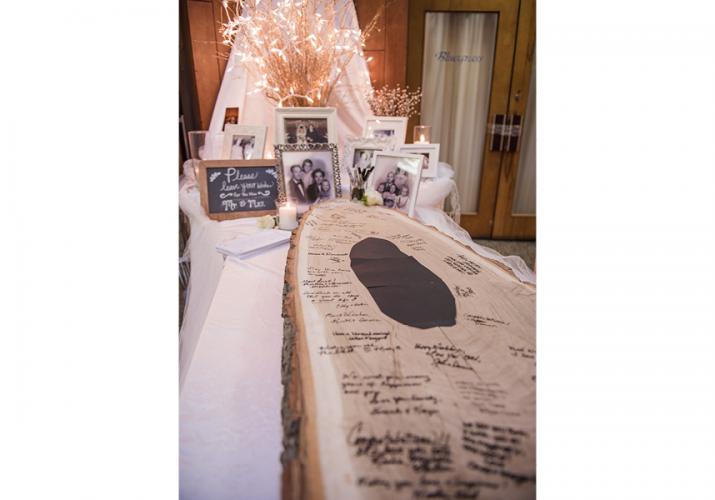 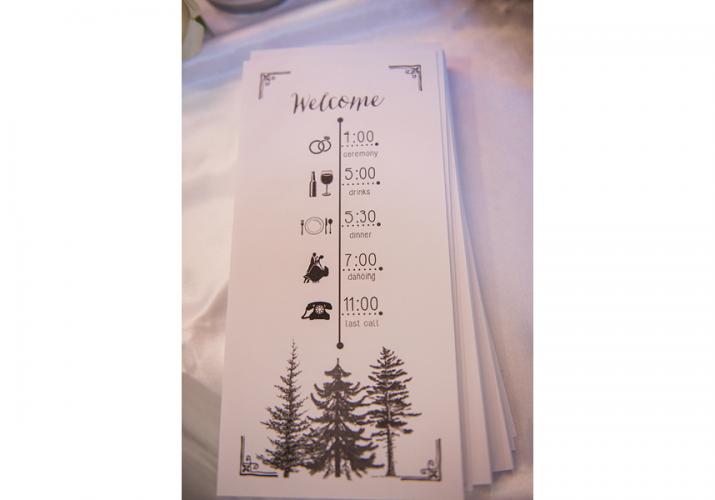 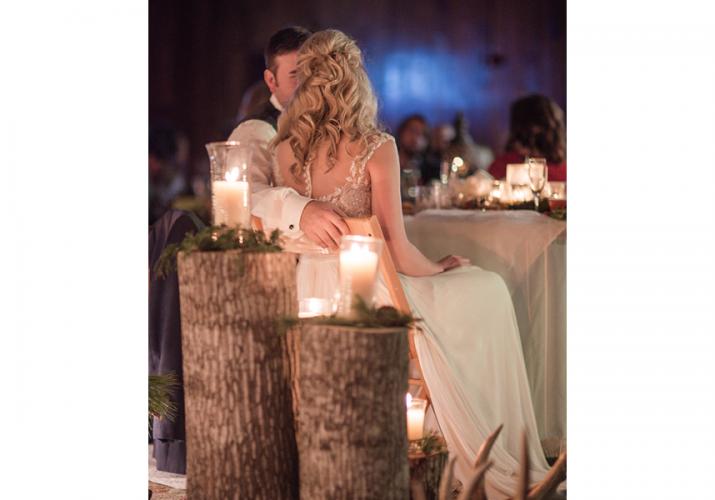 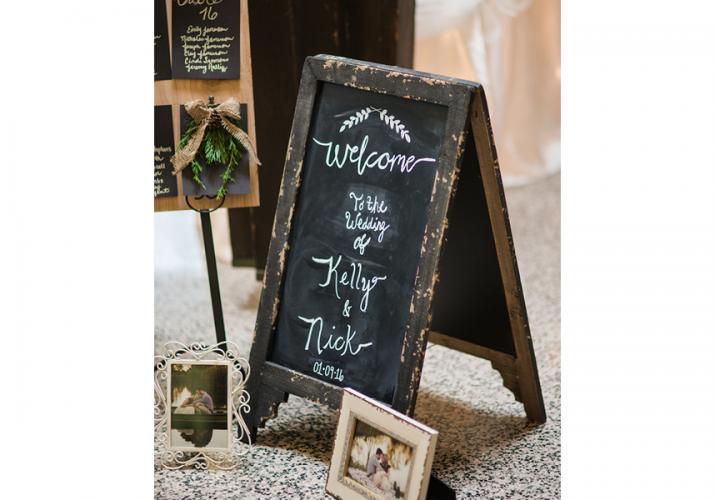 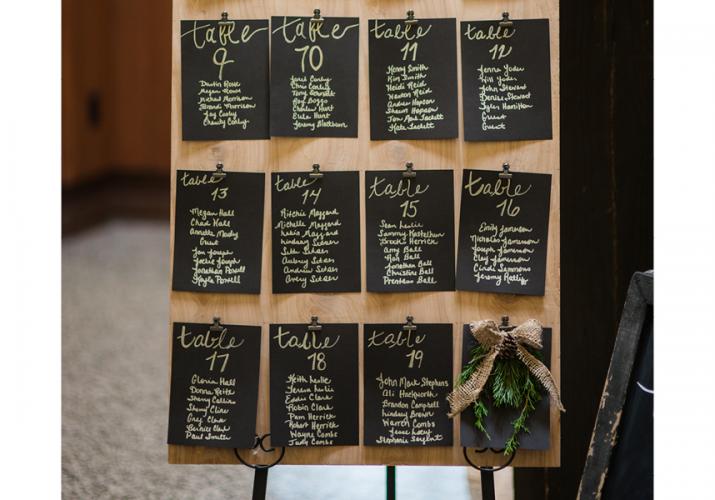 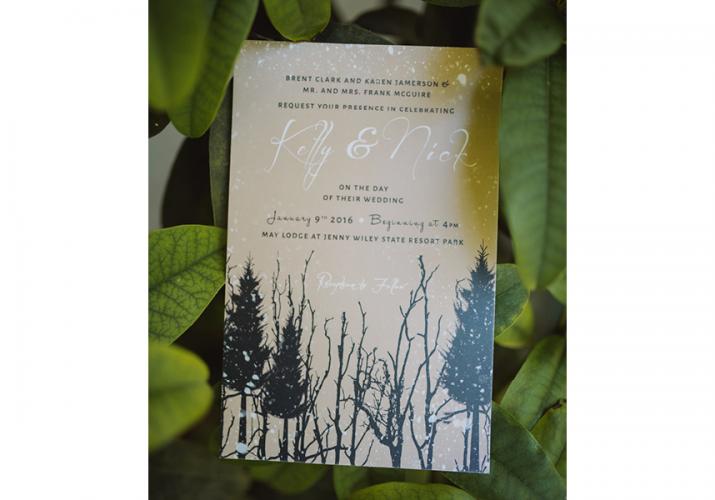 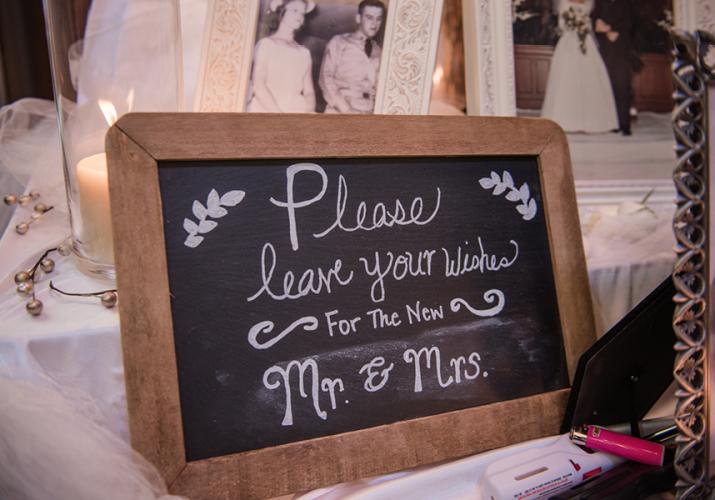 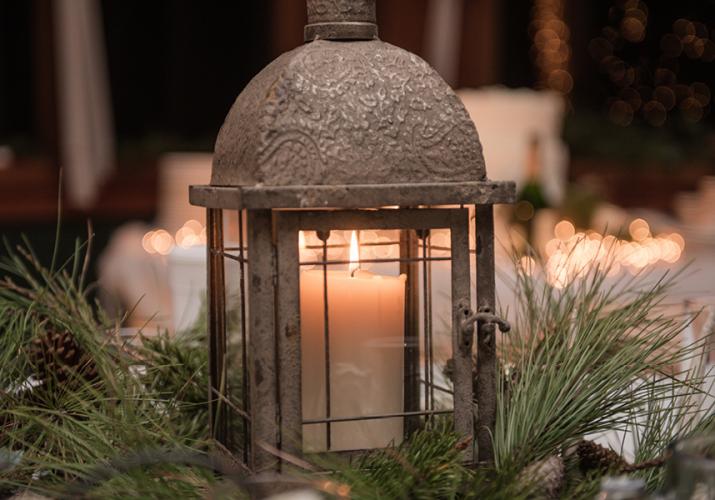 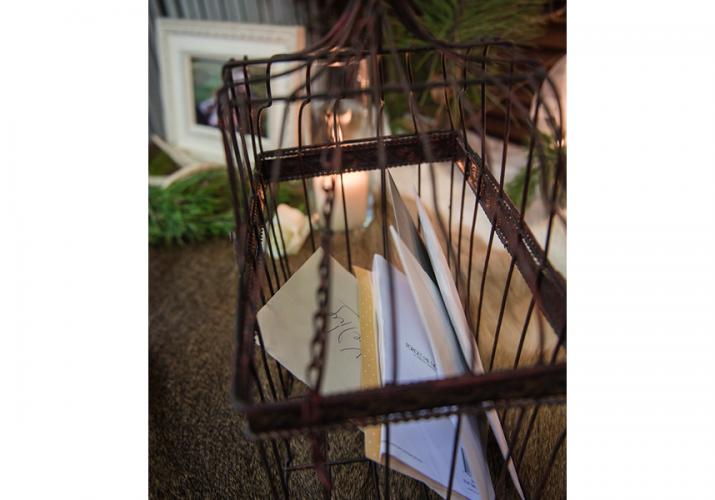 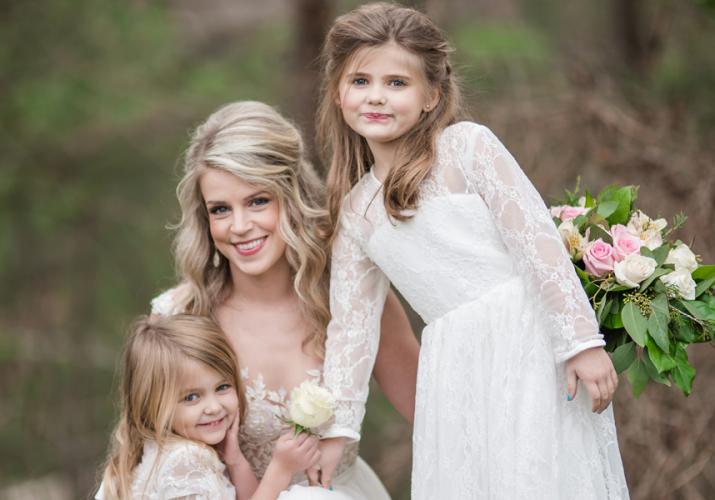 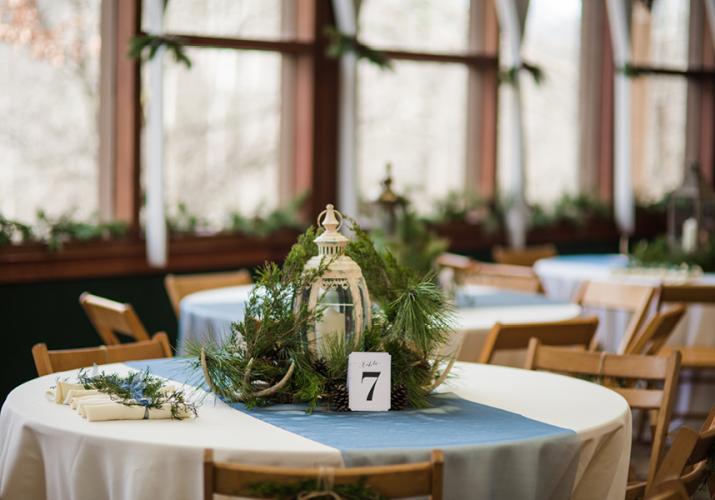 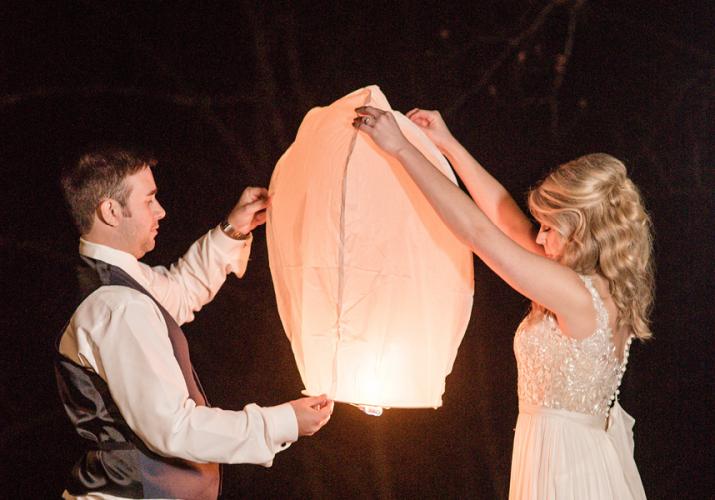 Many couples have a long history together, like Nick and Kelly, who met in middle school. Kelly was a cheerleader and Nick played for the opposing team; Nick wasn’t quite on his game, as his attention was on a blonde on the sidelines. After the game, he introduced himself and they hit it off immediately. They lived just six miles apart in Eastern Kentucky, so they met up for a movie and have been inseparable since.
Kelly’s brother, Austin, was about to propose to his girlfriend. Nick went along with Austin as support while he was ring shopping. Both came out of the store with rings for their future wives. Once Nick had the ring, he couldn’t wait any longer to propose. He popped the question one night while Kelly was getting ready for work. The impromptu proposal was perfect for the adventurous, fun-loving couple!
Nick and Kelly have a deep love for their hometown of Prestonsburg, Kentucky. They love to explore all that Appalachia has to offer, including hunting, fishing, hiking, boating and camping. They’ve traveled near and far and agree that there’s no place more beautiful than the hills of their home.
So when it came time to select a wedding venue, the choice was obvious: Jenny Wiley State Park, which is located in Prestonsburg. The May Lodge offered the rustic look of a large cabin, set on a hill surrounded by the beauty of the Dewey Lake area. Kelly grew up less than a mile from the lodge. Both of their families had attended the Sunday buffet after church for decades. Their connection to the spot and its sweeping views of the beauty of Eastern Kentucky made it absolutely perfect for their nuptials.
Kelly wore an ivory gown with a chapel-length veil, paired with vintage lace heels. The bridesmaids chose their own dresses in shades of navy or grey. The flower girls wore Kelly’s great grandmother’s pearl hairpieces in their long, loose curls (which was offset by a porcelain cat that one of the girls snuck in to play with during the ceremony.) Nick wore a slate navy blue tux with a watch Kelly gifted him before the ceremony.
Because the couple are avid outdoorsmen, they chose ceremony decorations to reflect that. Pine branches, antlers, antique lanterns and candles gave the space an earthy feel with a romantic glow. The pastor carried the bride’s late grandfather’s Bible. The altar was cut from a poplar tree that Kelly’s father loved to meditate under; upon cutting it, the exposed center of the tree made a heart, which was a sign to him that the marriage was meant to be. He also used the tree to make table chargers.
The reception began with a slideshow of photographs from the couple’s lives. It then proceeded to a dinner of herb roasted chicken, red potatoes and salad. The space was decorated with pine trees taken from their family properties to bring the
outdoors in.
The cake was designed and created by Nick’s childhood neighbor who is now a pastry chef living in Louisville. The 5-tier cake was vanilla butter with strawberry and chocolate filling, placed upon a long stump with pine greenery and ivory roses as decoration.
Guests danced, gave toasts and did what Nick and Kelly’s family and friends do best–have fun! The couple cherished seeing their loved ones out on the dance floor. The guestbook was created by Kelly’s father from an oak plank, which the couple would later hang in their home as a reminder of the beautiful celebration.
To cap off the evening, the guests lit paper lanterns and floated them across Dewey Lake, sending out good wishes for a loving future for Nick and Kelly.
Details
Photographer: Amy Wallen Photography
Venue: May Lodge Jenny Wiley Park
Catering: May Lodge
Wedding Planners: Bride, her mother and aunt of the bride
Florist: Christina's Florist
Bridal Gown: Reem Acra
Groom/Groomsmen attire: Village Boutique
Cake: Jaclyn Joseph
Invitations: Haley Michelle Designs