UK FOOTBALL AT A CRITICAL JUNCTURE 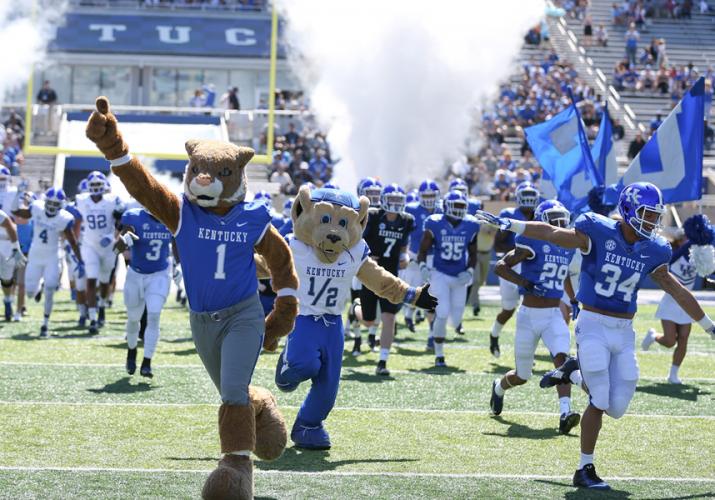 I love UK football. I love it more than apple pie, “Game of Thrones”, Louisville stripper scandals, and almost more than my granny. I love it more than UK basketball, Santa Claus, and almost more than my little dog Gracie. It hurts to love something so historically frustrating, though. All my life, fellow fans yearning for a good Kentucky football program would commiserate over all the things UK needed to transform from perennial doormat to a legitimate SEC program. If only Kentucky would “commit” to its football program, get it up to speed and on par with the conference behemoths they faced every Saturday, it was inevitable Kentucky would make the jump. What, exactly, did UK football need?
Snazzy renovated stadium? Check. State of the art training facility? Check. Pimped out recruiting room? Check. Improved recruiting in Ohio? Check. Competitively paid assistant coaches? Check.
Everything on that checklist were the shiny new toys that every UK football fan was convinced if Kentucky had, wins would soon follow. Well, we got all of that. It is all very pretty. It is tons of fun to talk about. We can hold our heads high when visiting SEC schools talk well of Commonwealth Stadium. However, so far, none of it has meant a thing.
No one in their right mind believed Mark Stoops wouldn’t face huge obstacles and greater challenges when he became Kentucky’s head coach. Joker Phillips didn’t leave the cupboard full. He left it barren, with rats gnawing on the last Zesta cracker in the top cabinet. It would take time, a “commitment” from the university, and a patient Big Blue Nation to see Stoops put his stamp on every facet of the program. Stoops is entering his fourth year as the head coach. There is literally not an inch of Kentucky football that isn’t his. This is his program now. He has recruited every player, hired every assistant coach, been gifted new facilities, and a nice newly renovated stadium. Everything is finally, FINALLY in place.
So why is Kentucky football buzz more of a fizzle this summer? I believe it is a combination of several things. There’s an angry diehard football fan base fed up with higher prices for season tickets and parking passes, and the results on the field aren’t any better. A bad taste from a disappointing second half of last season looms large. Rumors of locker room discontent, infighting between coaches, blowing a 3-touchdown lead against archrival Louisville, and general apathy are all also underlying problems keeping the buzz to a minimum. Frankly, I get it. I totally understand the frustrations and the hesitation to get excited about the fall. Why get pumped up only to be let down?
But as they say, winning cures all ills. Big Blue Nation is frothing at the mouth for a successful football program. BBN has been salivating like Pavlov’s dog for a competitive SEC team for decades. If the wins start coming, all of the anxiety will go away. BBN won’t mind forking over more greenbacks for season tickets and parking passes. There’s not a better, more supportive fan base in the country. They will see, ultimately, it is helping UK football turn into what they’ve always dreamed about. BBN will have your back and travel to the ends of the earth to support you.
Enough is enough. Just win, baby. It is time, Kentucky football. No more excuses. Everything you needed, you got. Everything UK football fans prayed for, it was answered. Now go do it.