NEXT YEAR IS NOW 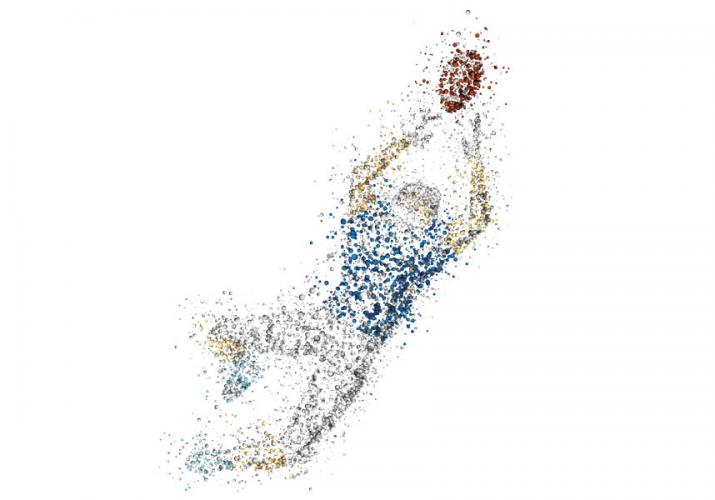 Now that the University of Kentucky spring football season has been “put to bed”, the questions begin: “How good will the Cats be in football this year?”
That’s a great question, and right now, there doesn’t seem to be a clear answer.
On offense, UK enters the 2016 season with a new offensive coordinator in Eddie Gran, a new quarterbacks coach in Darin Hinshaw, and a new quarterback in Drew Barker. Barker got a little playing time last season, but Stoops has “handed him the keys to the Cadillac” this year. Many UK football observers believe the Stoops coaching legacy at Kentucky now hinges on whether or not Barker can have success at quarterback.
After last season, Stoops immediately named Barker the starter for this upcoming season. That led to Patrick Towles transferring to Boston College for his senior season, and it also led to backup quarterback Reese Phillips transferring to Montana. To add some depth at quarterback, UK landed junior college QB Stephon Johnson. Still, everything points to Barker. It’s his show. It’s his time. Stoops is counting on it, and his future may depend on it.
To help Barker and his new coaches, UK does have some quality depth at the other skill positions: receiver and running back. Boom Williams, Mikel Horton and Jojo Kemp are all experienced running backs. After a good showing in the UK Spring Game, the Cats will also add Sihiem King to the running back rotation this season.
The receiving corp received a lot of criticism last year. Many UK fans thought they not only under achieved, but also didn’t show the heart or character that was needed and expected. Barker will have a lot of talented targets to throw to this year. Jeff Badet, Dorian Baker, Ryan Timmons, Garrett Johnson, Blake Bone and Charles Walker all saw lots of playing time at receiver. A new receivers coach, Lamar Thomas, is also expected to help the performance of the receivers.
Former UK quarterback, Freddie Maggard, used a good analogy when describing receivers. He said they should all be like shooting guards in basketball. They should always want the ball. You want them to want the ball.  Bottom line, UK has a lot of receivers in their stable, and this year they will need to produce.
At tight end, Kentucky has an “All-SEC tight end in the making” in C.J. Conrad. Everyone expects Conrad to become a bigger role in the Cats offense next year, and he seems to already have a good chemistry on the field with Barker.
Also for the first time in many, many years, UK has some depth on the offensive line. Jon Toth returns at center to anchor the offensive line. which returns nine other lineman that saw action last year. Don’t be surprised if you see some true freshman line up on the O-Line, including Lexington’s own Landon Young and Woodford County’s Drake Jackson.
On the defensive side of the ball, Kentucky’s secondary may be the best it’s been in my lifetime. Chris Westry and
Derrick Baity are future NFLers at cornerback. Mike Edwards, Darius West and senior Marcus McWilson will hold down the safety spot. For the first time in a long time, there isn’t much to worry about with Kentucky’s secondary. They are in “good hands”.
But there is reason to be concerned about the Cats defensive front. Of all the returning defensive lineman, they have only 2 sacks combined for their careers and only two guys have more than one tackle for loss – Denzil Ware (5.5 TFL) and Regie Meant (1.5 TFL). The Cats need Matt Elam to have a big year at the nose. Elam’s job won’t be to make sacks. His job will be to “eat up space” – take on 2 blockers. He’s big enough. He’s talented enough. The Cats need him to be good enough to help this unit survive.
The Cats will see some new faces at linebacker as transfers Courtney Love and De’Niro Laster become eligible to join Jordan Jones, Josh Allen and others.
The Cats blew a golden opportunity last year to get six wins and return to a bowl game. Last year was “year 3”. This was the year it was supposed to happen. It was Stoops’ 3rd recruiting class. The stadium renovations were complete, and most importantly, the Cats had 8 home games.
This year’s schedule will make it really tough for the Cats to earn that bowl bid by getting six wins. The young players will have to grow up fast. Kentucky fans are expecting it. The Cats have a great shot of winning 6 of their 7 home games.
I’ve always felt like UK football fans are a lot like Chicago Cubs baseball fans. It’s always “wait ‘til next year”. However, for these coaches and for most fans, next year is NOW!